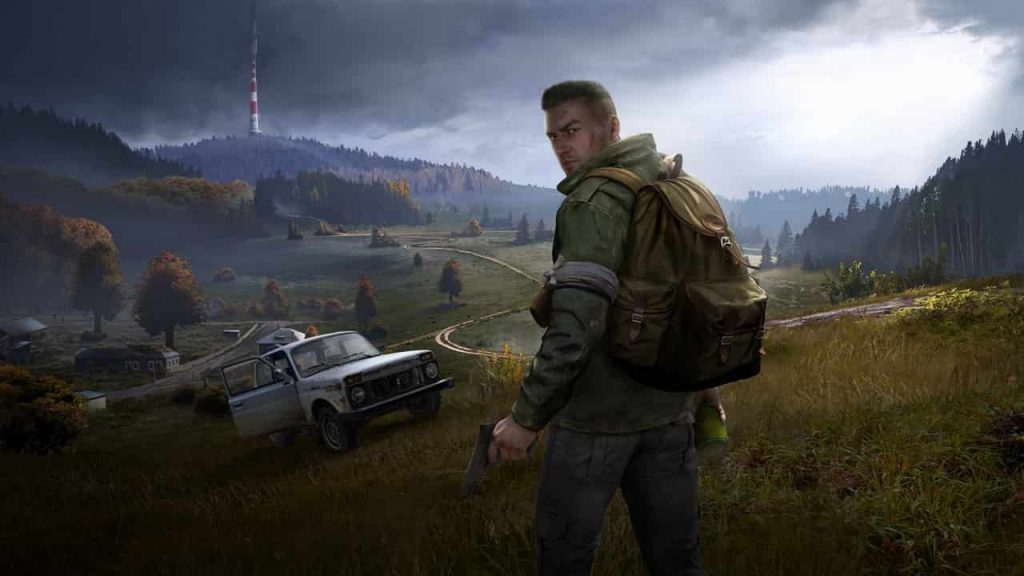 Fondly, I remember hearing about DayZ many years ago when it first entered early access. Back in the midsts of the early 2010s, PUBG was but a glimmer in the eye of its creator, whereas the likes of Fortnite and Apex Legends were little else than completely unknown fantasy, yet DayZ was the cool kid on the block that everybody was chattering about. The tales of grizzled player controlled survivors toiling, surviving and betraying one another in the midst of a zombie apocalypse were enticing and as a primarily PS4 gamer who was mildly jilted by the timed Xbox Early Access exclusivity, I’m thrilled that I finally get to partake in that.

Has the wait been worth it? Well, yes, ultimately – but I hope you have your jank spade handy because there is a hecking load of it to dig through before you get to the engaging goodness of that core DayZ experience.

Speaking of spades, it’s time to call one what it is – DayZ is rough. Like, really rough. Starting with the visuals, DayZ simply looks unfinished. From the sub 30 FPS framerate, to the generous amounts of screen tearing, low detail textures and dismal looking environments, character models and animations, DayZ looks more akin to an early generation PS3 title than a modern offering making its appearance during the PS4’s twilight years.

Another part of DayZ which needs a lot of work is the inventory – ye gods. Far from straightforward, innately fiddly and almost infuriatingly clumsy in execution, the inventory allows you to store items in as many pieces of clothing as you wearing, effectively splitting it in the process. While annoying, it doesn’t come close to the fist-chewing spectacle caused by having to literally equip, in your hands, everything you want to use rather than just using it straight from the inventory.

Then there’s just the general lack of polish all round – whether you’re getting stuck in the environment, attempting melee combat but because your limbs seeming clip through the enemy you’re not sure if you’ve landed a hit, or just having the textures load in at a snail’s pace (on a PS4 Pro no less), it’s clearly obvious that DayZ needed far longer in the oven than it actually got.

Beyond all that mountainous jank however, DayZ still compels and that is no small part due to its evergreen premise. A first or third-person sandbox survival effort, the goal in DayZ is to simply survive by any means necessary – and when I say ‘necessary’, literally nothing is off the table. An online multiplayer only affair, players must scavenge their way through Chernarus, a fictional, former Soviet Republic country in the midst of a zombie apocalypse.

A deep and sprawling crafting system lets you fashion anything from basic melee weapons and tools through to clothing, bandages and other kinds of valuable supplies that you’ll need in order to survive. Survival too, hangs on being able to take care of yourself properly. Hunger, thirst and general well-being must all be catered for – whether that’s by scavenging tinned food or other such leftovers, eating the local flora or growing your own, DayZ is every bit a management simulator as it is a visceral struggle to stay alive.

Then there are the Infected (basically zombies) who roam Chernarus killing anyone that they come into contact with. Relatively easy to take on one-on-one – assuming you have a melee weapon to get the job done, the Infected pose a real problem in greater numbers. Even if you manage to come into the possession of a firearm, it is still horrendously easy to get overwhelmed, not least because ammo is a hugely rare and prized commodity.

The time of day makes a massive difference to your survival opportunities also. Boasting a dynamic day and night cycle, if you don’t have a means of illuminating the environment, you can be caught in the pitch black darkness, making surviving the Infected a much more difficult proposition than it otherwise would be. Notably, it’s during the darkest night that DayZ actually acquits itself a little better from a technical perspective, as watching from the protection of darkness as someone scavenges around, their movements showcased by their lantern or torch casts all sorts of atmospheric light and shadow on the environment.

Of course, while you’re doing this, up to around 60 other players are trying to do the same thing too, and this is where DayZ’s deeply buried magic begins to manifest itself. A world without any kind of infrastructure, rules of engagement or set organisation in place, players are completely free to work with one another and help each other out, or, conversely, ignore their fellow player, betray them, murder them and steal all of their gear.

Because of the potential for such emergent player crafted narratives, DayZ boasts a unique intensity. In one example, I found myself rooting around a house in complete darkness only to hear someone, or something stalking around outside. Panicked, I crawled into the kitchen and nabbed a knife that was laying on the worktop, clutching it tightly in the corner of the room, awaiting the arrival of my new ‘friend’.

As you might expect, the door soon flung open and my worst fears were confirmed; not only was this invader a player, but he had a shotgun and was seemingly up for some violence. What he didn’t have however was a light and so I was easily missed as he walked on past me. Immediately, I stood up and began getting stab-happy with the knife to his flank, and my attacks must have been scarily surprising because I have never seen someone run away from a situation so quickly in my entire life – despite the fact that he had the clear firearms advantage.

And this is the thing – DayZ is an absolute hotbed for moments like this which are born from the marriage of human curiosity and the melting pot of survival that Chernarus offers. Chernarus itself is absolutely huge too. Roughly five times the size of PUBG’s largest map, it’s entirely possible to spend whole, hours long sessions where you don’t meet anybody and because of that, you can find your guard lowered as you concentrate with merely getting by, rather than dealing with other folk and their intentions.

Other than its litany of polish issues, the fact that DayZ has no signposting, hand-holding and makes very little effort to explain its sophisticated depths to players (the ‘tutorial’ is quite literally a super basic affair consisting of just five static screens that you scroll through), means that it’s just one more aspect of its design which will not endear itself well to players.

Certainly, if the numerous 4/10 and 3/10 (and sometimes lower) reviews out there show anything it’s that DayZ is a supremely ugly duckling whose grotesqueness and take-me-as-I-am veneer is potent enough to put folks off of its wider offering almost entirely. For everyone else out there, for whom the intrigue of DayZ has not yet dulled, I would recommend raising your jank shield and investing significant time into carving out a torturous, if compelling existence in Chernarus – who knows, you might just end up liking it. I did.

Just about every aspect of DayZ is in dire need of some degree of polish, however, if you persist (and you should) a deep and ultimately ingenious title lay underneath that places a premium on player-made stories. All the same be aware that in its current state, it will take a remarkable degree of patience to get that most from DayZ - such quantities that more than a few folk simply won't have.