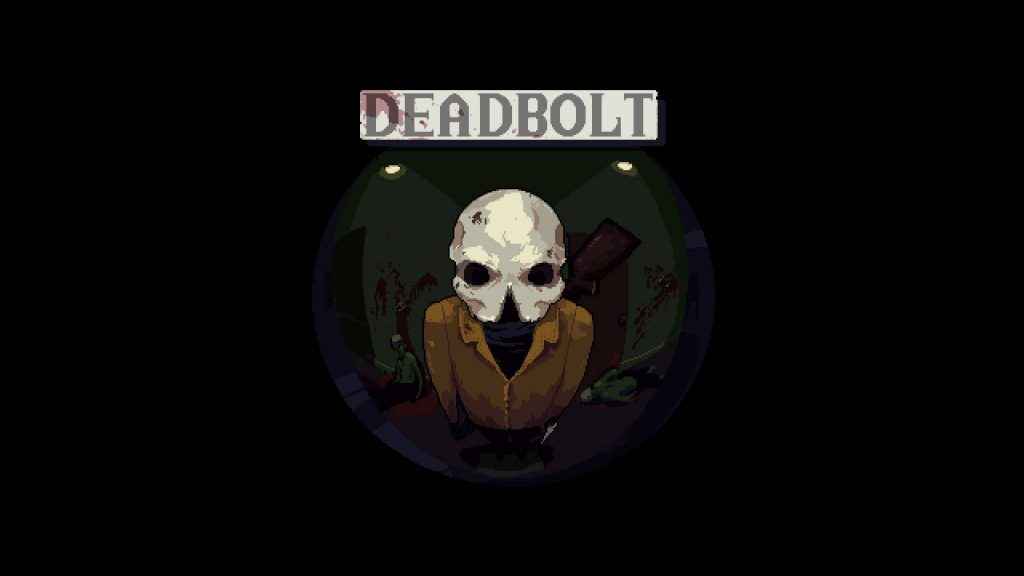 Much like its methodical and bellicose protagonist, DEADBOLT is not an especially fast and furious affair. Indeed, if anything the absolute opposite is true; as a ghoulish hitman who prizes brains above brawn, DEADBOLT is all about ponderous planning, sneaky stealth and top tactics above anything else.

A wildly different effort from Risk of Rain, the game which preceded it from developer Hopoo Games, DEADBOLT casts the player as a death-faced assassin who, after conversing with a mysterious fireplace, finds himself tasked with wiping out zombie gangsters, undead crime lords and other all manner of deceased evildoers. It’s an absolutely batshit premise that much is for sure, but beyond the absurdity of DEADBOLT’s setup lies an endlessly inventive and atmospheric stealth shooter the ilk of which we don’t commonly encounter on PS4.

A two-dimensional, pixel-art crafted jaunt, each level in DEADBOLT is set as a fixed scene whereupon the player is tasked with clearing the area of undead goons and/or fulfilling some additional objectives like retrieving some incriminating evidence, burning drug stashes and other such activities of that ilk. The problem though, is that a single hit from literally anything can instantly kill our intrepid merchant of murder, and so attempting to understand both the layout of the levels and the hostile denizens that inhabit them is the only way you’ll be able to overcome the towering challenge that DEADBOLT presents.

In terms of the former, though our protagonist cannot jump or do very much beyond kill stuff and move at a leisurely gait, he can transform himself into a bellowing cloud of black smoke and utilize the numerous vents, manhole covers and other tunnels to sneak around his foes and access areas of the map that he wouldn’t otherwise be able to just stroll into.

As for the foes themselves, they’re a varied bunch of scumbags of which each one presents a unique challenge to the player. The regular gangster zombies are generally not very alert and can be crept up on easily enough, while on the other hand, the zombie sentries who have had their heads removed pose a different problem as their displaced noggins allow them to effectively look behind them and can only be destroyed by a single direct headshot. This is to say nothing of DEADBOLT’s more exotic enemies either, from ever vigilant vampires that hang from the ceiling to hellhounds that can sniff you out in an instant, each adversary in DEADBOLT presents a piece of a puzzle that must be reconciled with a total sum which in turn requires real thought and planning to properly overcome.

With such a murder’s row of enemies to deal with, not to mention a variety of other hazards such as cameras, lights and more besides, DEADBOLT, like any stealth effort worth its salt, sufficiently empowers the player to negotiate even its most difficult levels. Unsurprisingly, distraction through noise becomes your best weapon in DEADBOLT; knocking on the front door of a building for example, might distract a guard who was keeping watch on an air vent, allowing you to infiltrate the premises without being spotted, while deliberately letting loose a noisy gunshot off on a floor below the one you need to get to, might well cause its inhabitants to abandon their post and leave the coast for you to ascend towards your objective.

And this is the thing; lurking under the frayed pixel art aesthetic of DEADBOLT is the beating black of heart of a resoundingly cruel stealth puzzler that after a gentle introduction, rarely demands anything less than your full attention and flawless execution. Despite how challenging DEADBOLT becomes in its later stages (the game becomes harder than a pack of frozen turds), the manner in which DEADBOLT supports divergent playstyles and provides the tools to support them, including suppressed weapons, unlockable weapons and more besides, makes Hopoo Games latest effort as uniquely satisfying to overcome as it is staunchly challenging.

Another much welcomed feature of DEADBOLT’s design is the duration of the missions themselves. Being smaller affairs that can be completed in a matter of minutes, DEADBOLT’s bite-sized missions not only allow players to effortlessly indulge themselves one level at a time, but the smaller size also makes it resoundingly easy to retry difficult missions when you only have a few minutes available to you. Neatly dovetailing into this design decision is the fact that DEADBOLT does that most beautiful of things by supporting Crossbuy, allowing PS Vita owners to tackle the game’s often stupefying scenarios wherever they are away from their PS4 home console.

No review of DEADBOLT would be complete without some chatter about its audiovisual presentation and to this end the game boasts a Hotline Miami style vibe that is borne not just from its pixel art veneer, but also through the multi-genre soundtrack by Risk of Rain composer Chris Christodoulou that accompanies it. By oozing those very same laid back, dirty beats that were so well enshrined by Devolver’s iconic top down shooter duo, DEADBOLT cannot help but feel like a companion piece, even if the pace is much more considered than the frantic, room-to-room hyperslaughter of the Hotline Miami series.

Challenging, thoughtful and wonderfully off-beat, DEADBOLT is the stylish stealth puzzler you never knew you wanted.

If you enjoyed this DEADBOLT review, why not check out our feature chronicling the best indie games you can get on PS4.

A fiendishly cunning effort that oozes challenge and style, DEADBOLT is a must-have for fans of stealth puzzlers everywhere.