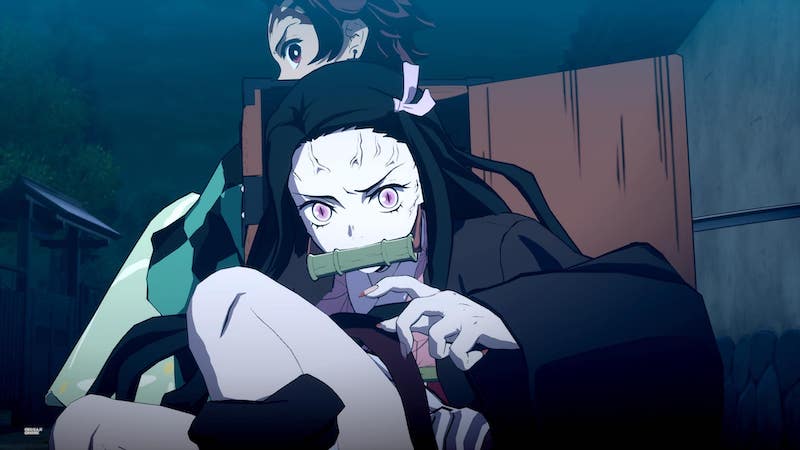 My experience with anime and manga is limited, even less so where anime-based games are concerned. Nevertheless, I thoroughly enjoyed my time with this game. From the manga to the anime to now the game, the story is excellent in every single form.

The ability to control all of your favorite characters in Demon Slayer elevates the game in a way I didn’t anticipate. The further you progress through the game, certain aspects do become repetitive. However, it’s never enough to pull you from experience. With that, let us slay some demons; Word Breathing 6th form – review!

The story of Demon Slayer is, at the core, one about family. The main character, Tanjiro Kamado, sets out on a journey to save his sister, Nezuko, who was turned into a demon after the rest of their family was slain. Tanjiro becomes a Demon Slayer early on and continues to climb the corps ranks as he searches for a way to turn Nezuko back into a human. 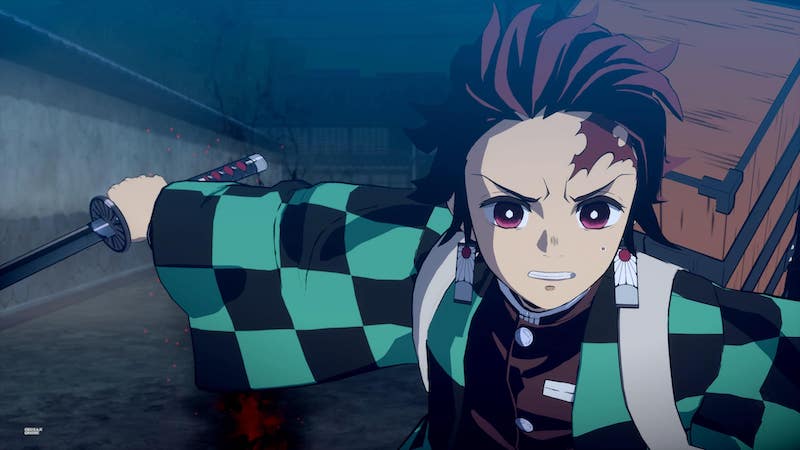 The narrative is the main focus and driving force in the game, and for a good reason. The story of Demon Slayer is one of its greatest strengths. Multiple times throughout playing, I would find myself watching every memory fragment. These are presented with super high-quality from both an artistic approach as well as the voice acting.

Speaking of which, the voice overs are something special. Using the same voice actors as the anime, the game is able to elevate every part of the story. As such, the acting, along with the cell-shaded visuals, really come together to make Demon Slayer an overall great experience.

Collecting Memory Fragments will unlock information not found during the in-game story. However, they are just as important as the story portrayed in the cut scenes. For example, some fragments include how Tanjiro survived the demon attack and how Nezuko was turned.

Fragments also have backstories for some of the demons you fight. In addition, there’s information regarding Tanjiro and off-screen events with companions such as Inosuke and Zenitsu, the fellow Demon Slayers that travel with you as the story progresses. 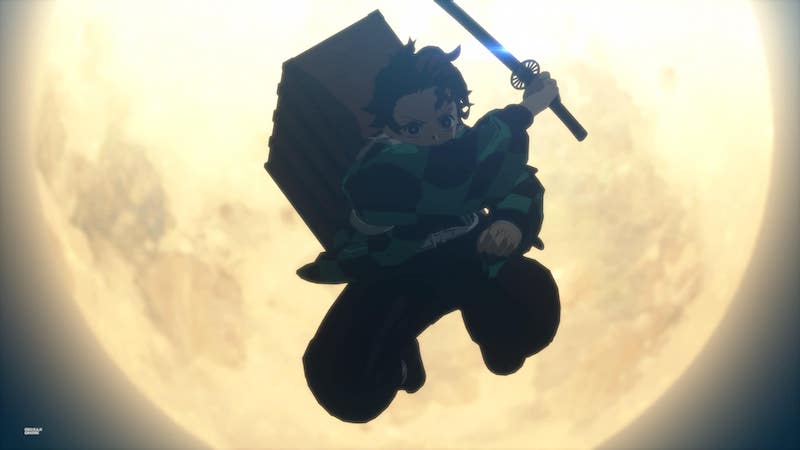 These fragments can be obtained by progressing the story or as hidden objects on the map worth finding. Even though the memory fragments and in-game currency are hidden throughout the map, they are never too difficult to find. They can be found on the primary area map at any point by pressing triangle, which itself is one of the game’s shortcomings.

While the player will want to find collectibles, like the Memory Fragments, the game’s open areas leave a lot to be desired. These areas exist as interludes between demon fights. In these locations, the player won’t use any combat and will be restricted to a maze-like structure. 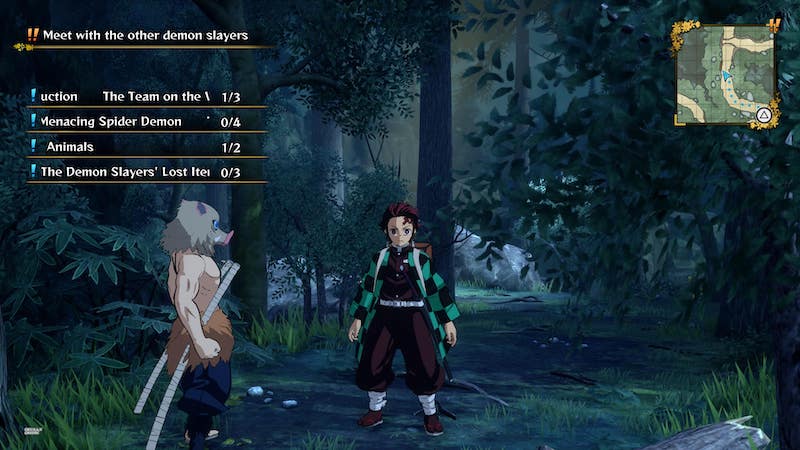 You have the correct path to the next story beat inside this structure, represented by two exclamation marks, “!!.” In contrast, blue exclamation marks are shown to complete basic side quests. The side objectives offered only exist to add to the rewards obtained at the end of each chapter.

The maps themselves could be considered primitive. Straight corridors that branch off into dead ends, prompts that allow you to jump or traverse gaps, and an ability to follow the correct path by following a demon’s scent. These all exist to break up the otherwise straight paths to the next area or fight.

While the in-between gameplay is lackluster, it executes its purpose well. I found myself backtracking throughout the game to make sure I collected everything I could before moving on. The maps themselves are presented in a similar structure as the original God of War games, with two paths that either lead to the main objective or to a collectible. However, what the game lacks in the traversal between fights it makes up for in combat.

The combat in Demon Slayer surprised me in the best way. Like the developer’s previous effort, Dragon Ball Z: Kakarot, Demon Slayer’s combat is more free flow than a standard fighter. Dodges, blocks, light and heavy attacks, companion call-in, and special breathing techniques all come together to form an intense and engaging combat flow.

Chaining together light moves with heavy and breathing techniques makes chain combos fun and rewarding, while depending on if the story has a companion with you, they can be called in to help or even switch out completely.

Chaining together moves and breathing techniques feels similar to how Sora fights in Kingdom Hearts, feeling similar to a hack-‘n-slash title in places. That said, the game is never too easy. The stamina bar ensures you can’t overuse breathing techniques, while the super gauge adds an element that makes sure you’re never truly out of a fight.

All of these features combined add layers of complexity that keep each fight new and fresh. However, one negative aspect is that both you and your companion share a single health bar, so you can’t use them in a strategic situation to prolong losing a fight. 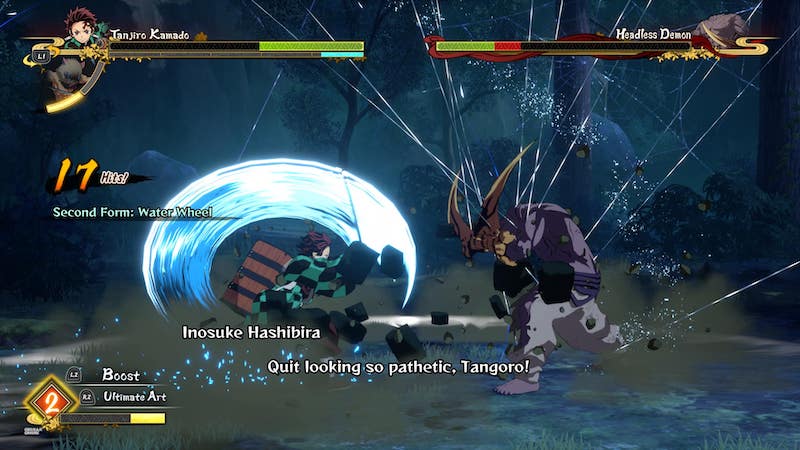 Speaking of companions, each fighter from the main story plays very differently and are all fun in their own way. Some recharge their stamina quicker, others are more close range and combo heavy, and some have powerful breathing techniques.

However, the main story dictates who you play as, compared to the versus mode for playing online or two-player couch co-op that lets you play as any two fighters.

The versus mode in Demon Slayer further elongates the game’s replay value. As you play the story you unlock new fighters and can use them to create new combinations of teams to play online or against your friends in real life. While the number of fighters is smaller than in other games, there are still many options with 18 fighters to mix and match.

Demon Slayer -Kimetsu no Yaiba- The Hinokami Chronicles achieves something I honestly didn’t anticipate. The amount of care put into the visuals, story, and voice acting is exceptional and not something I take for granted. 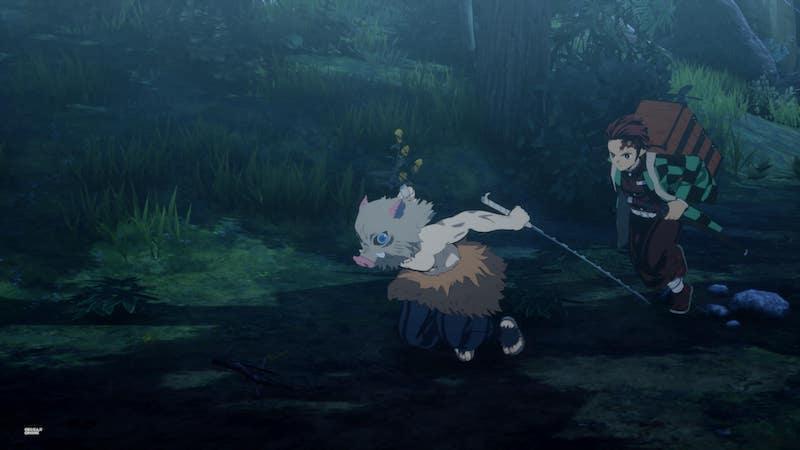 While there are some instances of design issues, such as the overall map and traversal options, the combat and overall presentation make up for any shortcomings. Furthermore, the deeper you progress into the game, the more enjoyable I found exploring the map, even though they remained simplistic.

All in all, I truly loved my experience with Demon Slayer -Kimetsu no Yaiba- The Hinokami Chronicles and cannot wait for the inevitable sequel with there being so much more story left to be told. Until then, the game will keep me busy and is something I recommend for all Demon Slayer fans or anyone with a passing interest in the narrative.

Demon Slayer -Kimetsu no Yaiba- The Hinokami Chronicles is an experience that never overstays its welcome. While the map may be simplistic and outdated, the combat, visuals, voice acting, and story more than make up for anything the game lacks. New and old fans will find something to enjoy here, while the versus mode will keep players engaged long after the credits roll.