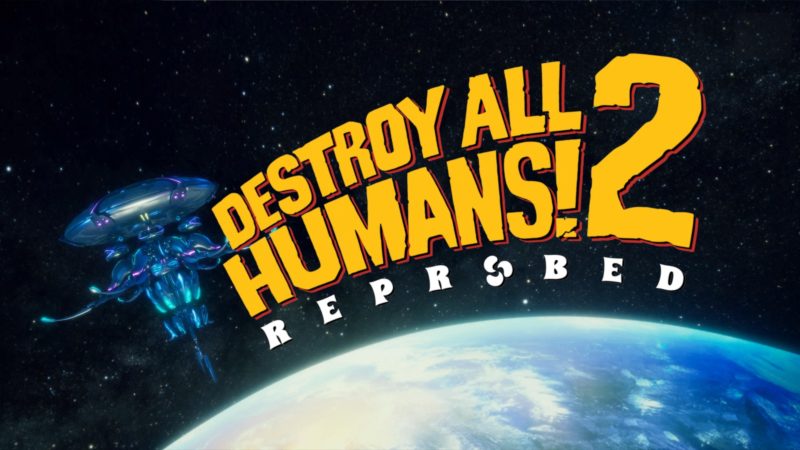 Playing with the human AI, throwing them around, and upgrading my powers all felt fun and helped keep the game fresh, even if I did stick with mostly the same strategies my whole run.

Jumping into the remaster of Destroy All Humans! 2: Reprobed shows me that not a whole lot has changed, and while that’s not a bad thing in some small ways, not everything about these games has aged well.

The rose-tinted glasses I wore when I first played Destroy All Humans! 2 made up of my childhood ignorance are gone, and much of what I once saw as the game’s charm has gone with them.

Disclaimer Or Not, The Cringe Remains 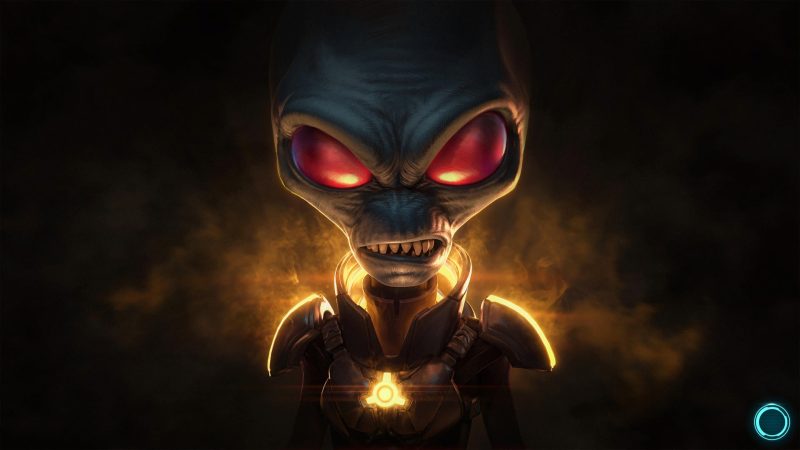 When Black Forest Games first remade the original Destroy All Humans!, the studio placed a disclaimer at the beginning of the game, pretty much warning you that the remake keeps the game true to its time, and its time was filled with a lot of crude humour and language.

I played the original games, and though much of the context of what was being said flew over my head as a child, age has made me like Drax, because now nothing goes over my head. I would catch it. And I did.

Disclaimer or not, it does nothing to make every bad joke awful to hear, and the compounding effect it has by the end of the game made me really wonder if I should just mute and turn off subtitles whenever there’s a cutscene.

For the purposes of the review I didn’t do that, though that was in part due to the game’s length, as it was over in a few short hours anyways. But it’s exactly what I would do, if for whatever reason I was compelled to play it again.

I understand the context of the setting in which Destroy All Humans! was created, and that the original games were being developed over a decade ago, before a lot of things really changed regarding the media we mainly consume today. 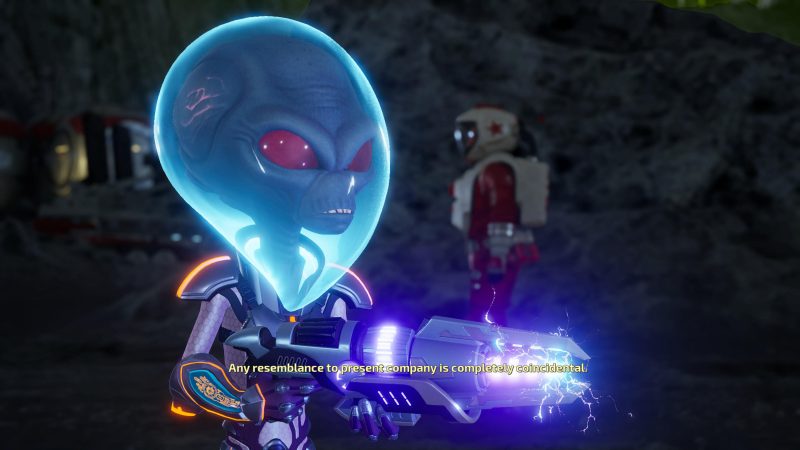 One thing that hasn’t changed about Destroy All Humans!, but remains a good thing, is the core gameplay. Flying around as Crypto, using my Zap-O-Matic to fry any passerby just for the hell of it, flinging people into space with telekinesis, making their heads explode to collect DNA.

All of it remains just as stupidly fun as it was in the original games. But this only really rings true when you’re able to run around in an area and let loose. The same doesn’t go for missions in the story, at least all the time, as unwelcomed difficulty spikes make things more annoying than they should be.

But just because a part of it remains fun, doesn’t mean the gameplay is entirely without flaw. Much of Crypto’s arsenal is frankly useless in the face of the Zap-O-Matic, and telekinesis. You really don’t need to use anything else for the whole game, and other weapons can be easily forgotten. 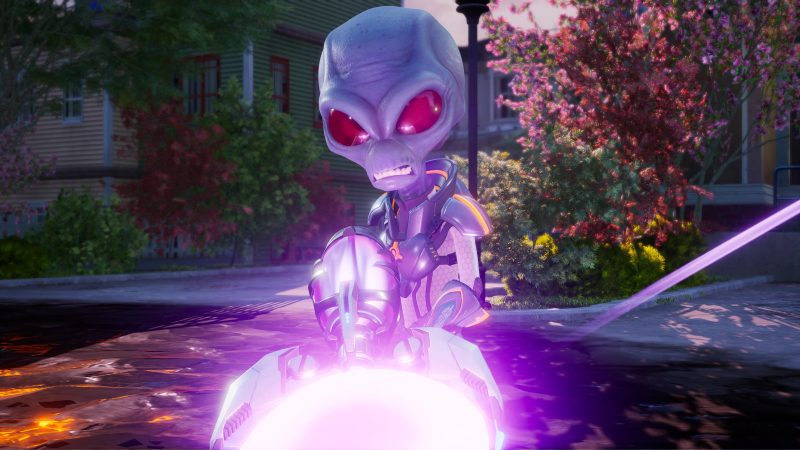 The Disentegrator Ray stands as the other weapon that could be your go-to, but it has the same issue that prevents other weapons from becoming useful – their reliance on ammo.

I know that sounds silly, but its why the Zap-O-Matic is arguably the only gun you should ever be using. Reloading requires you to manipulate the environment around you and turn everyday objects into ammo, by mashing the square button while standing next to them.

The problem is that you’ll often get ammo you don’t need, because it’s a crapshoot as to what you’ll get. To get the ammo you want, you need to keep finding things around you to hopefully get the kind of ammo you’re looking for.

It’s overly exhaustive and a poor game mechanic, funneling you away from parts of the game.

With most of the combat forgettable, it’s difficult to even really look at the gameplay as overall fun. It has aspects of fun, but those are made by the moments you make as the player.

Doing what you want in the sandbox of Destroy All Humans! though can only keep you occupied for so long.

Flying Is Not Where The Fun Begins 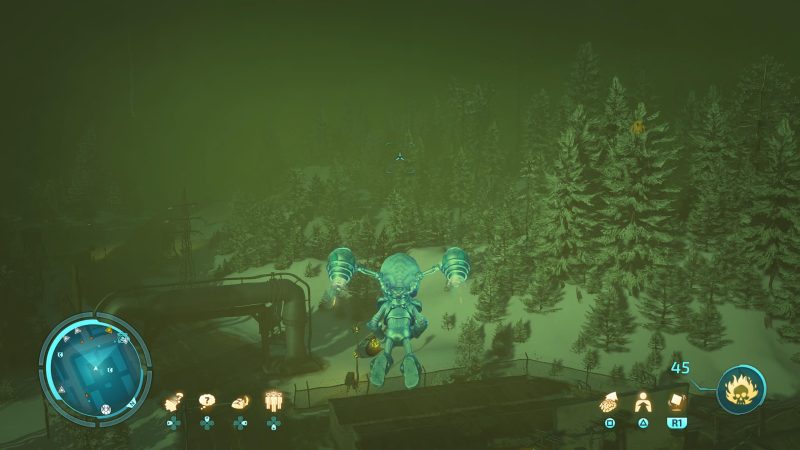 The same goes for flying around in your saucer. I never thought the saucer was fun to control, even as a kid, and that’s still the case now. It’s weapons on the other hand, are certainly fun to fire.

Specifically the Death Ray has a great feel to it, even if it is partly because the cartoonish saucer firing a laser just fits the visual theme of the game perfectly.

Other weapons are still plenty of fun, though they fall victim to the same ammo issue, and controlling the saucer still has the ability to ruin your time in it.

You also have to source health when you’re in your saucer by harnessing energy of vehicles, similar to how you collect ammo. The big difference of course being you can’t get the ‘wrong’ kind of health.

Ultimately though it’s just like running around as Crypto on the ground – it’s only fun for a short while. Like the rest of the game, it’s a shallow experience.

And that’s not always a bad thing, it just further points to how little there is for you to enjoy here.

It Should Not Be This Broken 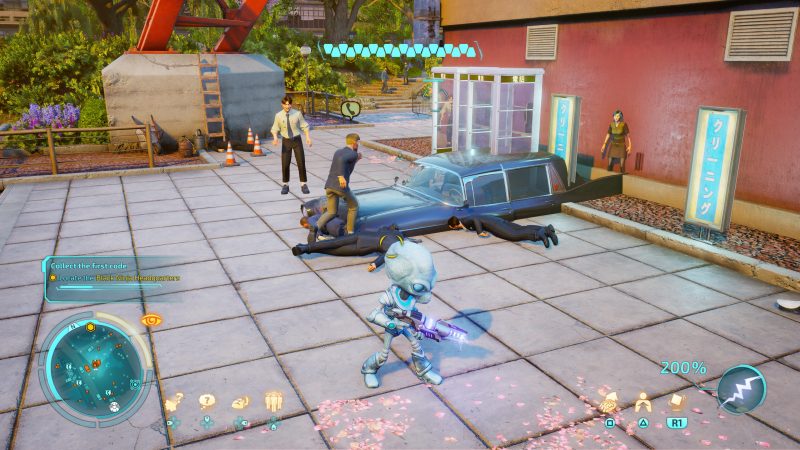 The bugs that fester every aspect of Destroy All Humans! 2: Reprobed are the most annoying to deal with, even though they have the opportunity to provide hilarious moments.

It’s not a dumb visual bug like NPC’s sitting on a bench only to have the bench running through their torso once they do that bothers me, but constant screen tearing and frame rate issues do.

I also had the game freeze on me at a couple of points, though to its credit it only crashed once. Even though I’ve received updates since I started playing, issues with frame rates and screen tearing persist, as do a number of more idiotic albeit tolerable bugs akin to benches in torsos.

Those more minor visual bugs can even be taken in a positive light, keeping the game true to the original, warts and all as it were. But constant performance issues feel as inexcusable as they are in any other game, especially when they’ve been there throughout my whole playthrough. 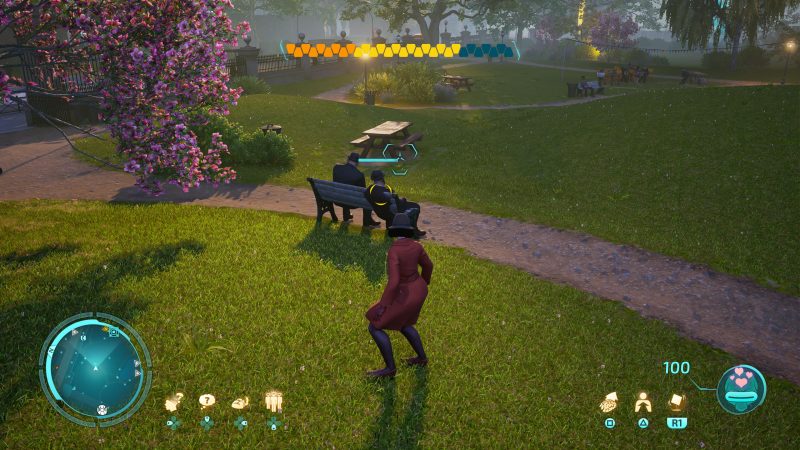 Audio bugs also persisted through the whole game, whether that was some dialogue not being heard, or sounds playing at the wrong time. Although in this case, whenever the audio cut out in a cutscene, it was actually a moment of relief, more than anything. 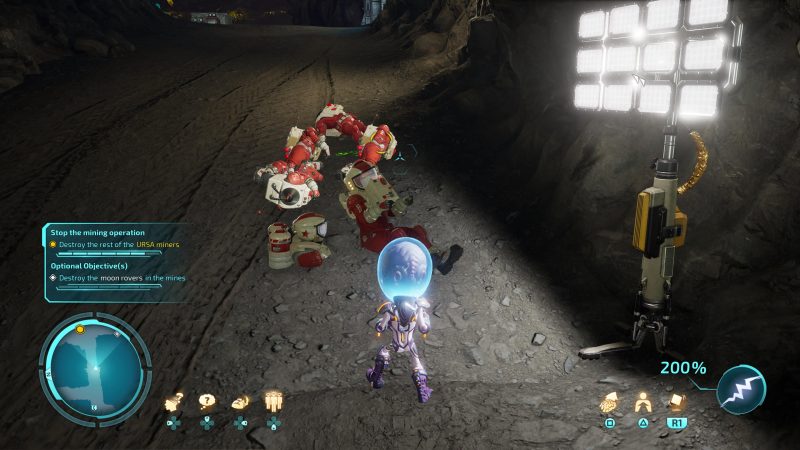 Destroy All Humans! 2: Reprobed might be almost the same game that I rented from Blockbuster as a kid and played over a short few days, but after playing it again I know that I don’t ever want to go back.

The nostalgia I used to have for these games is very much gone, and there’s little to love about what’s here.

Certain things about the gameplay haven’t stopped being fun, in the same vein as it’ll always be fun to hop on GTA and wreak havoc.

But that can only last for so long, and when facing constant performance issues, on top of controls that don’t feel intuitive or fluid, and having to sit through an plot filled with obnoxious characters make for a poor time.

I should also mention that the few alternative modes offered besides the main campaign like co-op or duels do little to add more meat to a game that is already far too much sizzle.

I can’t imagine anyone besides maybe those who played the original game, and are ready to look past everything that comes with the game being ‘of it’s time’, would be able to really enjoy this remake.

Destroy All Humans! 2: Reprobed is available on PS5 and PS4.

Destroy All Humans! 2: Reprobed might be a brutally honest remake of the original game, but that doesn't make it any more pleasant to sit through all its rough parts. Few elements of the core gameplay remain as fun as they were on the PS2, but it's far too shallow to be worth it, especially when it is still riddled with performance issues that can seriously effect your experience.