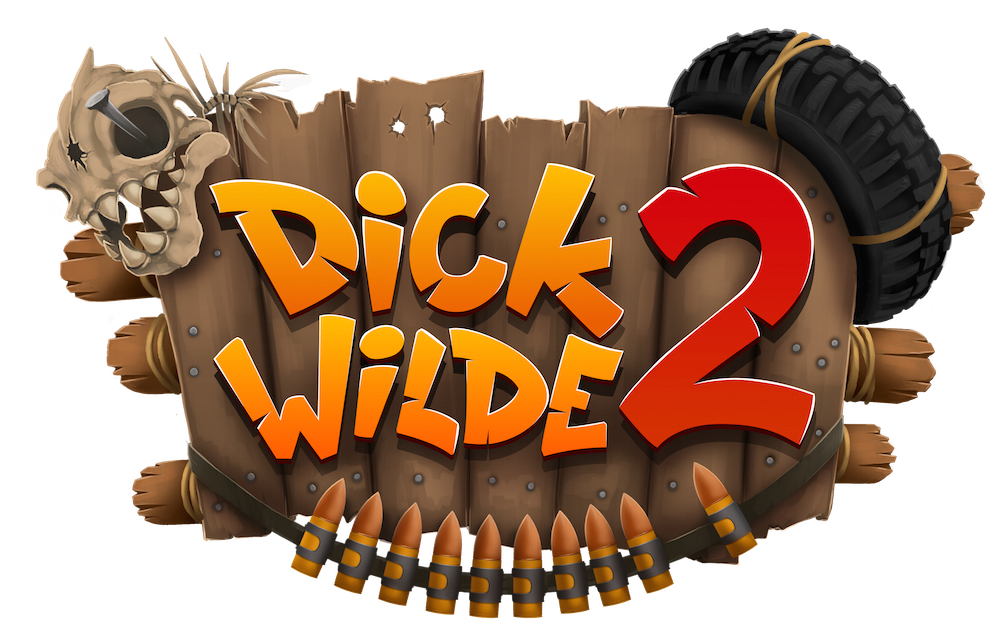 When Dick Wilde came out on PSVR a few years ago I almost pulled the trigger and bought it. I was the proud new daddy of a PSVR AIM controller and Dick Wilde was one of the few games to support the new peripheral.

Sadly I never was able to experience it. I wasn’t going to make the same mistake twice. Dick Wilde 2 is like having an arcade right there in your living room. From the design of the world to the controls, PlayStack and Bolverk Games have obviously put a lot of love into this game. But is it worth your time and more importantly your money?

From the moment you enter the main launch area of the game, you forget about the controls. This is the best compliment I can give a VR game. When you forget you’re in a video game, and to you the mini-hot dog gun in your hand is real, this is one of the best feelings you can have in VR. Yes, I said mini-hot dog gun.

The launch area of Dick Wilde 2 is a game in itself. You are on the shore of a fishing bank and surrounded by the most redneck junk you can think of. Dick Wilde himself is drinking a beer to your right and in your hand is a makeshift gun that shoots mini-hot dogs endlessly. Almost everything around you can be affected by these little mini-dogs. From shooting the toaster to launch toast twenty feet into the air, to the endless empty beer cans littered around the area.

From this hub area, you have a choice, to get stuck into the single or multiplayer modes that Dick Wilde 2 offers. Both modes take you through various locations and various difficulties. However, multiplayer allows you to take on the game cooperatively with a friend. This friend will go with you on your missions to rid these waters of radioactively mutated aquatic life.

Although the PS4 and PS4 Pro cannot offer local co-op to VR titles, they did allow for cross-platform play. This is great if you have a friend who plays VR on PC with HTC Vive or Oculus Rift, but doesn’t have a PSVR.

The Challenge of Going it Alone

Most of the options that are in the single player are also available in the Co-op mode, although Co-op makes the missions much easier. This means your choice in guns or what upgrades you need to buy are much less important. However, when playing solo these options become very important. You have four options: Pistol, Shotgun, Automatic, and Energy, with each of these guns all handling very differently. Even weapons within the same category handle differently.

Each gun feels great to use with both the move controllers. The freedom of having different weapon combinations between the pistol and shotgun adds replay value to each level while trying to beat your previous score. The controls are some of the most accurate and responsive I’ve seen so far in a shooter on PSVR and alone are enough to pick this game up.

However, the novelty soon wears off one you are frantically trying to shoot all the projectiles, enemies, and obstacles that litter your path. For an arcade rail shooter, the game is surprisingly relentless. Multiple times I found myself out of breath at the end of a level. And the difficulty only ramped up when using the AIM controller.

The PSVR AIM controller is one of my favorite peripherals, and Dick Wilde 2 makes excellent use of it. You lose the ability to wield two guns simultaneously. This gives you a major disadvantage to the level as a whole because of the sheer number of things you have to shoot at.

Although, with the Aim Controller, your accuracy increases exponentially. This seems like a fair trade, but it will make you frantically move from one side of the screen to the next, trying to make it through the level. PlayStack tried to even out this disadvantage even more by making a single gun do more damage. Nevertheless, this still means you can only shoot at one object at a time.

Even though the level design around the Aim Controller leaves a lot to be desired Dick Wilde 2 still makes it feel good to use. The one-to-one responsiveness feels great. The feedback in the trigger and vibration makes you forget it’s not that actual gun in your hands. If you have the Aim controller and are looking for a good use for it, Dick Wilde 2 would be a game to look at.

All in all Dick Wilde 2 is a good VR game. It doesn’t change the rail shooter, but it’s charming and does a great job of making it feel like you have an arcade game in your house. From the colorful red neck dialogue to the gameplay Dick Wilde is a very enjoyable shooter.

However, it’s not a game you will spend a lot of time with. Though the various difficulty modes, co-op missions, and mix and match gunplay add replayability unless you have a real love of rail shooters, this won’t be one that you go back to for long. I really enjoyed my time with Dick Wilde 2, but have very little desire to return.

Dick Wilde 2 was published by PlayStack London and developed by Bolverk Games for the PSVR.