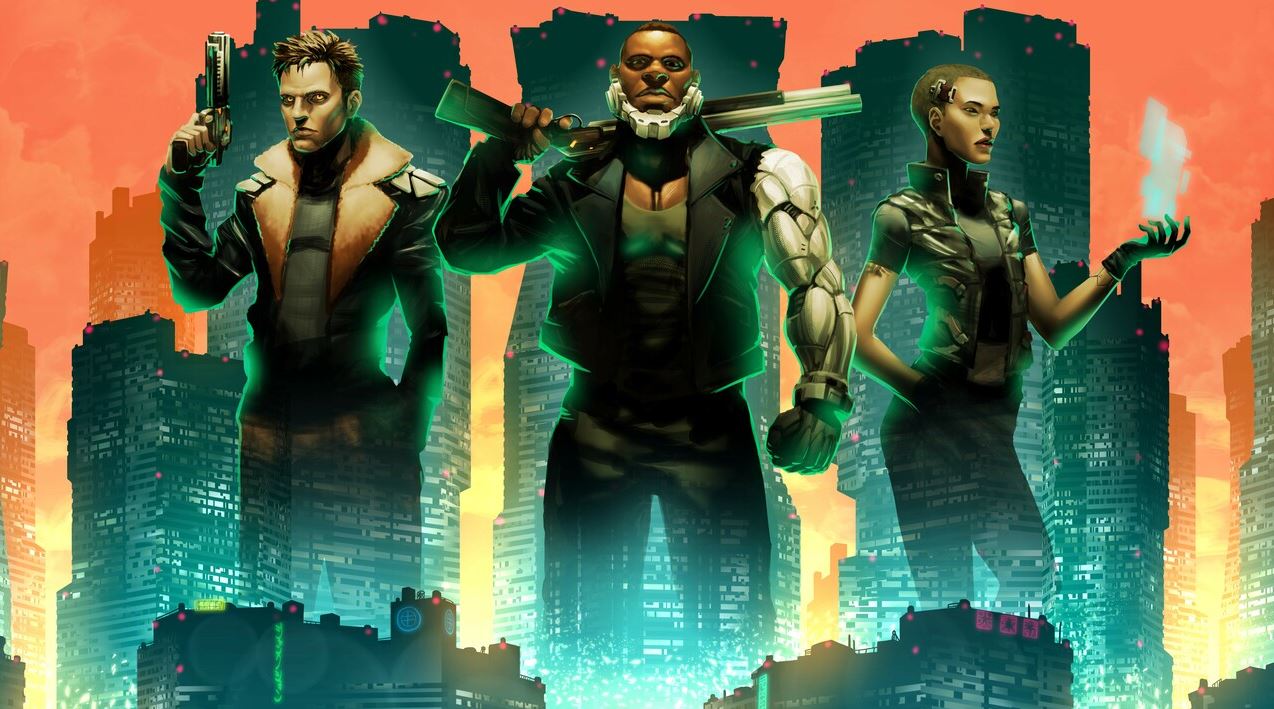 Disjunction PS4 Review – Ape Tribe Games are a team of creators inspired by classic RPG’s and are true to that cause in their debut game, Disjunction, a hard throwback to 8-bit Metal Gear and a game that has all the lo-fi hallmarks of the era. Combine that with a cyberpunk sci-fi narrative, shake it up in a can with some Hotline Miami intensity, and Disjunction is exactly what you would expect out of that.

In practicality, Ape Tribe Games are hitting the right notes for their vision, with a brutal gameplay loop and storytelling experience. However, Disjunction is just shy of having a real pizzazz. Fans of the genre will enjoy it, but Disjunction is just missing a few components to be truly memorable.

Disjunction really manages to bring quite a lot to life within its stylistic limitations. The story follows 3 protagonists; a disillusioned private investigator, a grieving muscle for hire, and a hacker estranged from their criminal family. With limited resources, The 3 characters must sneak their way into institutions, using the shadows, non lethal melee, gadgets, and if all else fails, lethal force. 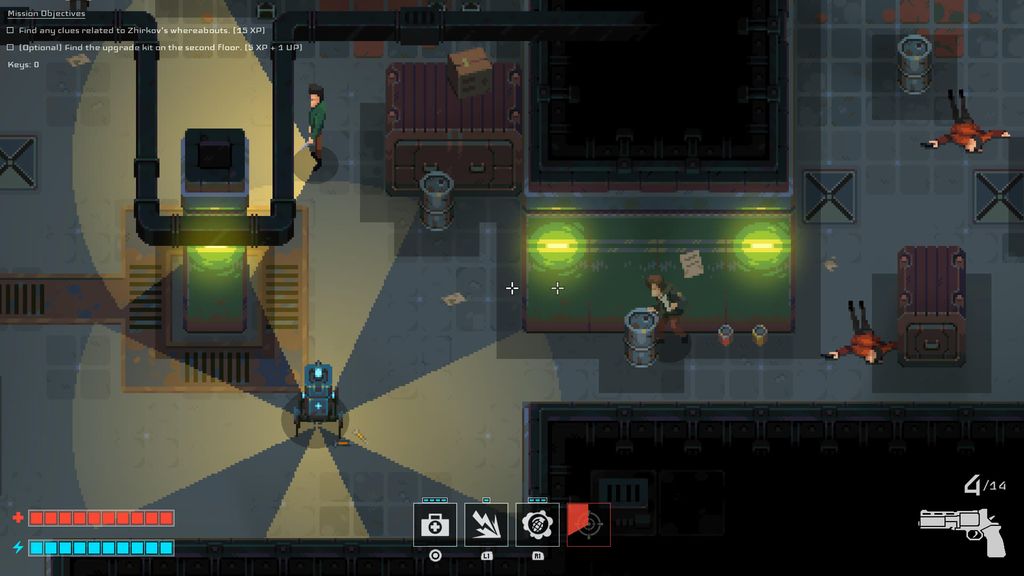 Each character has a unique move-set which adds some variation to how you approach the levels. However, the game is clearly set up to encourage as much stealth as possible. As a consequence, you’re probably not going to be taking advantage of the full range of skills. Furthermore, the characters better geared for stealth just felt better to play as.

The music in Disjunction is particularly memorable. To accompany your solid snake-esque exploits, dodging the wrath of machines and soldiers, you’ve got this heavy dark synth-wave soundtrack. It is as immersive as it is unnerving. In a fashion similar to Mother Russia Bleeds, you have these dark ominous tones gripping you tensely into the dystopic setting. However, the soundtrack is lacking some variety, which is a general problem which is not exclusive to the music.

Brutal Fun, But A Lack Of Variety

The game’s RPG elements are quite light. By acquiring upgrade kits and spending XP you can make a “build” for your character to accentuate a play style. However, as previously mentioned, this probably won’t affect the style of play that much. As a result, the gameplay doesn’t really progress. If anything, Disjunction just seemed to get easier as the process became more familiar.

The level’s aesthetics grow tiresome fairly early on, mostly reusing a few basic templates. Of course, there are limitations to consider, but a more imaginative range could have gone a long way. Furthermore, the absence of unique gameplay instances in the levels was keenly felt. For example, the boss fights that frequented the source material inspiring the developers, could have been employed with great effect in Disjunction. 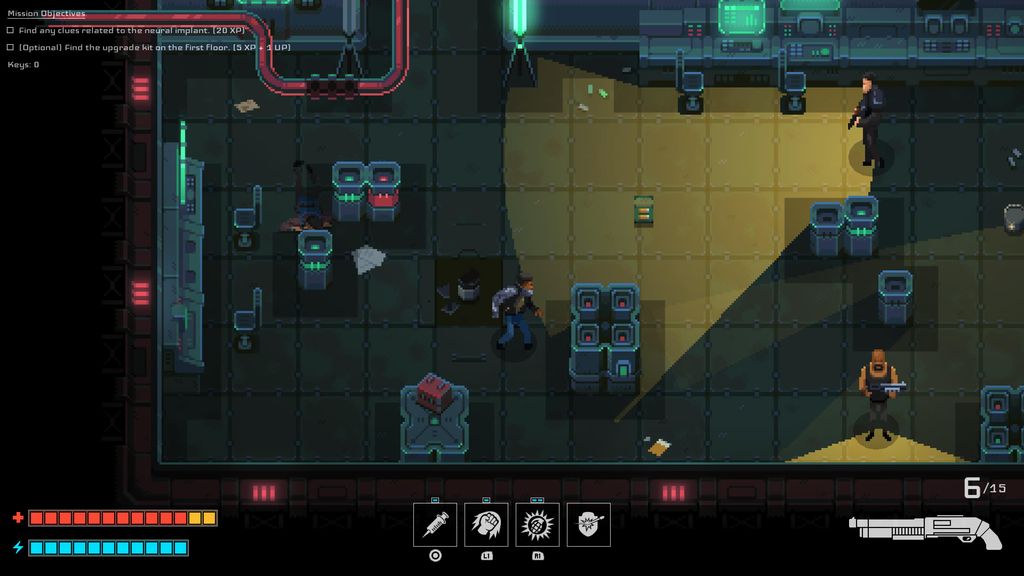 Criticisms of the game’s repetitiveness aside, it must be conceded that mastering the core loop is a very satisfying endeavour. The game can be brutally difficult at first, with each death resetting you to the beginning of a level, or in rarer instances, a mid-level checkpoint. With each death you learn to master your route and approach for a deadly efficiency.

Choose Your Own Adventure

The real driver pushing you into the next level is Disjunction’s narrative. What starts off as individual quests unwinds into the unravelling of a wider conspiracy. Upon finding suspects at the end of some levels, you have the option to either kill, arrest or let them go. Furthermore, these choices determine the final outcome of the game in unexpected ways.

Through the various dialogue options in the game, you carve out the characters’ destinies and reap the consequences of your choices. The dialogue is purely text-based, but you get a real sense of the characters and their motives. 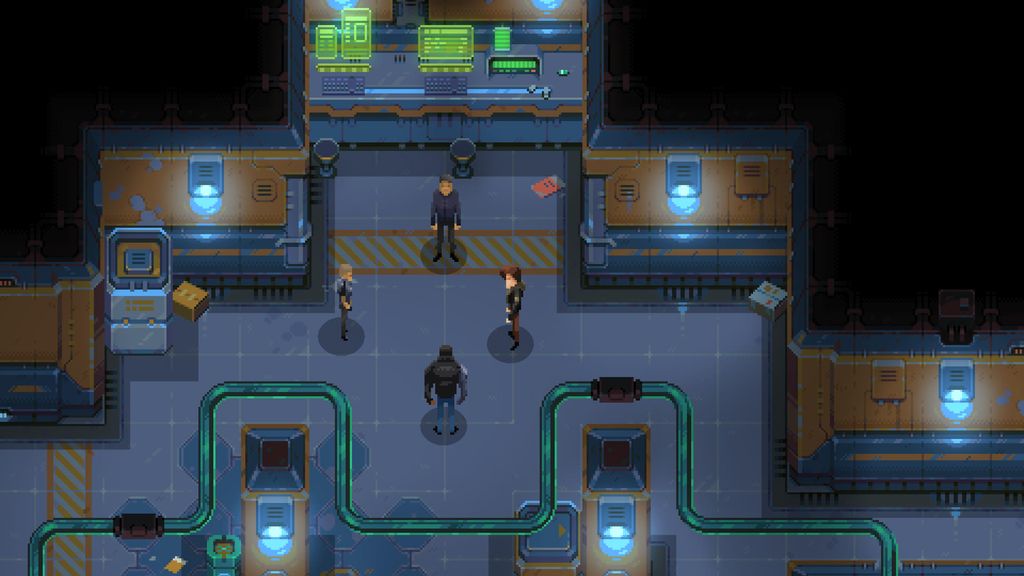 Whilst it’s not a masterclass in original storytelling, it is enjoyable to see how it all plays out at the end. Multiple endings might make successive playthroughs a tempting proposition for some. However, the general repetitiveness of the gameplay is probably working against that idea for many.

A Fun Stealth-Em-Up Just Shy of Being A Hit

While Disjunction is far from a revolution in retro-styled gaming, it’s a fun title, with an enjoyable story. Ape Tribe Games have produced a compelling debut, and delivered on a vision. Yet at the same time, Disjunction feels like a strong backbone for a better game that could have been. Specifically, more variety both aesthetically and in gameplay options.

Regardless of Disjunctions shortcomings, it does provide a great slice of Metal Gear style nostalgia. In the absence of Hideo Kojima’s now-departed franchise, Disjunction really scratched that itch for classic stealth action.

Disjunction is available now on PS4.

A nice but brutal little stealth game with an enjoyable multi-ending story. Classic Metal Gear fans especially will get some joy out of sneaking around Robocop-style biped robots in this title. The core gameplay and narrative are strong, but an absence of variety makes Disjunction just short of a home run.