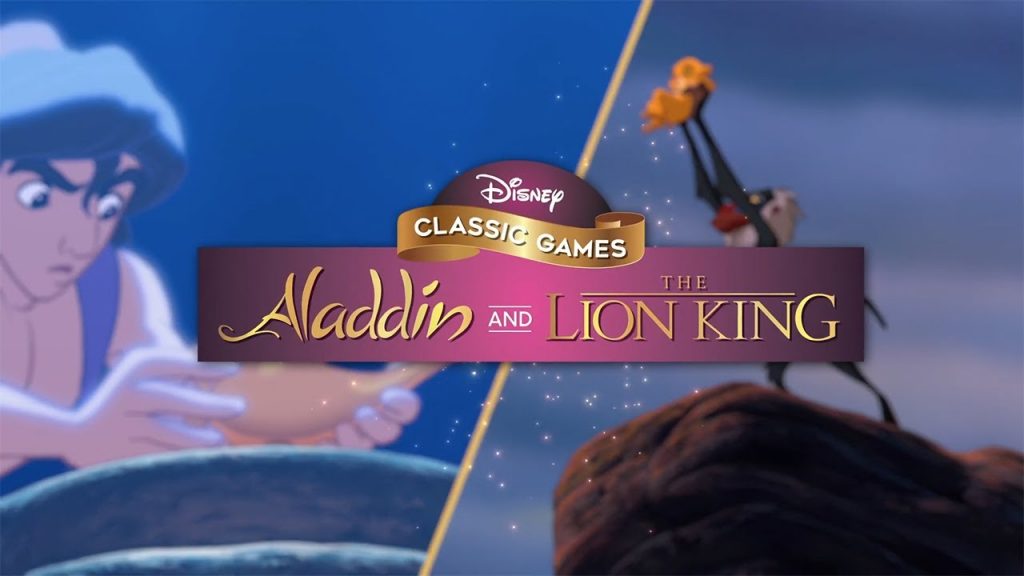 While the likes of Sonic the Hedgehog and Super Mario ruled the roost when it came to platformers back in the early 90s, I’ve got to doff my cap to Aladdin and The Lion King. Both games, beautifully crafted to evoke the same visual trapping as the Disney animated films they are based on, provided one of the most compelling and challenging time sinks on the Sega Mega Drive/Sega Genesis.

Oh, and they were bloody hard, too. In fact, I still stand by my opinion that The Lion King is one of the hardest games I’ve ever played. Lord knows how I beat it in one sitting as a 10-year-old, but I was a tenacious little sod back then, to be fair. Anyway, with both films receiving the live-action treatment in 2019, it’s probably comes as no surprise that Disney bosses thought it would be a good idea to spruce up these colorful relics for modern audiences.

And guess what? They’re still cracking, and The Lion King still makes me want to lob my controller at the TV set. Nothing’s changed. Both games are pretty much presented as you remember them, albeit a lot sharper in shiny 1080p for your PlayStation 4 with the added advantage of a selecting a background image much like the Sega Mega Drive Classics. Aladdin’s scrumptious artwork is still as impressive today as it was back then, effortlessly capturing the look of the animation as the young street rat climbs, leaps, and battles his way across the streets of Agrabah, deserts, palaces, and the mythical Cave of Wonders.

If you never played the original, then keep in mind there’s some…playful banter with the source material, so to speak. Aladdin never explores inside the lamp in the animation, nor does he have to escape the Sultan’s gloomy dungeons while avoiding exploding skeletons. He does here though, and the fact it’s not 100% faithful to the film doesn’t matter one bit.

Aladdin’s expertly crafted levels, though short by today’s standards, are packed with solid platforming and collectible opportunities. Whether you’re battling the Sultan’s guards – lobbing apples at the fat blokes to make their pants comically fall down – or deftly navigating lava pits as the Cave of Wonders collapses around you, Aladdin feels pitch perfect in its execution and importantly, never feels unfair.

Okay, so there’s some nasty difficulty spikes – escaping the Cave of Wonders while riding on the magic carpet springs to mind – but they are overall pretty inconsequential. Plus, with the chance to save anywhere you want, not to mention ample opportunity to hoover up extra lives and continues thanks to a copious supply of gemstones spread throughout the game, you can’t really moan.

While the SNES version is conspicuous by its absence, you can play a Final Cut version, which is a more polished experience of the final product. There’s also a demo edition that features enemies and objects not present in the retail version, plus the Game Boy release. It’s a fantastic package, and one that Aladdin aficionados will soak up instantly.

The Lion King is equally competent, although it’s by far the weakest of the two games. The stages are by far more puzzle-based than Aladdin, requiring some meticulously-timed jumps for Simba as he gets chucked around by monkey’s to the punchy rhythm of ‘I Can’t Wait To Be King’ or claws his way across chasms to the euphoric tones of ‘Hakunamatata.’

It’s solid stuff, but the problem are the difficulty spikes. Areas such as the stampede and the boss battles require punishing trial-and-error, and considering the game is marketed largely towards youngsters, it’s a little too much. One of the most egregious examples is the final boss against Scar, where you are required to perform a move that you don’t even know exists in your repertoire. It’s just bloody daft.

That’s not to say The Lion King isn’t fun, because it is. It’s just punctuated by moments of frustration that sometimes distract from the otherwise gorgeous aesthetics and solid level design. Bonking hyenas on the head and clawing pugnacious wildlife across the chops never gets old though, and the platforming sometimes gives Mario a run for its money.

One of the key things with this bundle is the fact you can watch a playthrough and start anywhere you want. Personally, this takes the fun and sense of accomplishment out of perfecting your skills on your own merit, but I can see how it’d be particularly useful for younger gamers, so fair play to the developer.

Much like Aladdin, there’s a couple of different versions to soak up. You have the Mega Drive and SNES editions, which are pretty much identical baring a rejigged soundtrack and some missing sound effects in the latter. The handheld version is also here in all its antiquated fashion, and is a bit of a dog to play nowadays. Still, it’s still impressive how the team were able to almost faithful adapt the game to the Game Boy back in the day.

Lob in some behind-the-scenes videos and some brilliant artwork, and you have a fantastic bundle that fans will instantly want to lap up, and comes highly recommended for newcomers who fancy a gander at how the early 90s pumped out some of the best platformers around.

Disney Classic Games – Aladdin & The Lion King is out now on PS4, Xbox One, Nintendo Switch and PC.

Disney Classic Games: Aladdin & The Lion King is a superb package offering some of the best retro platformers of their day. While the difficulty spikes may seem off-putting - and there's definitely some frustrating moments to be had, particularly in The Lion King. All the same, there's some brilliant platforming to be found in these retro classics that's worth experiencing for fans and newcomers alike.