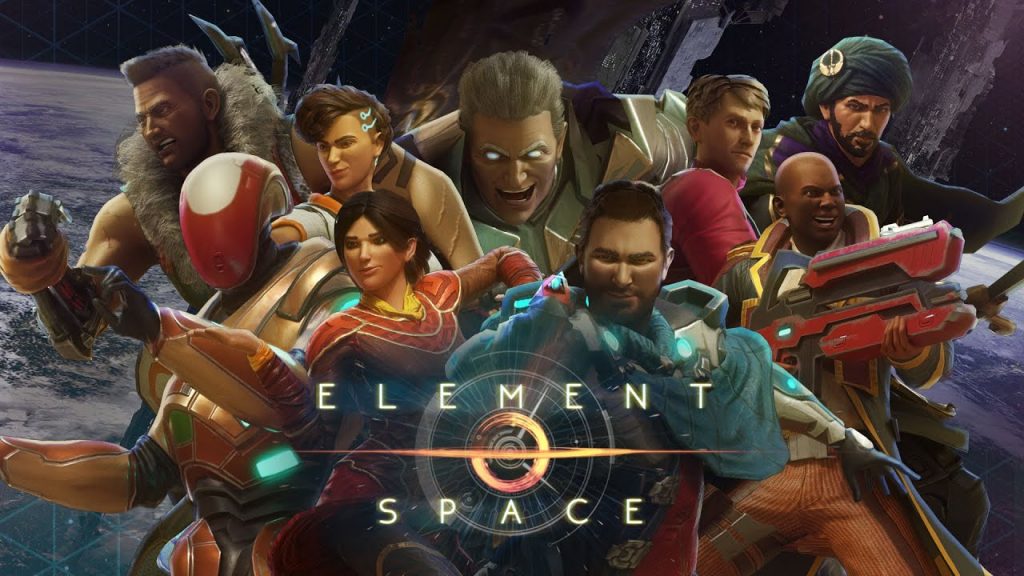 Element Space is a tactical RPG in the vein of XCOM but a much more relaxed version. When I first laid my eyes on Element Space I was excited to get my hands on the title but now that I’ve put as much time as I possibly could into it, I wish I could forget most of it. Element Space is plagued with game-breaking bugs that just wouldn’t let up for my entire playtime. It’s a miracle I got as far as I did.

A Good Story That Will Try Your Patience To Experience

The story itself is something I was enjoying. You take control of Captain Christopher Pietham as he travels the galaxy recruiting a band of mercenaries, scientists, and serial killers to take down a terrorist cell known as ‘Tempest’, who is looking to stop a peace summit from taking place across the galaxy.

As I mentioned, I enjoyed the story of Element Space and I was always looking forward to the various story missions trying to uncover the identity of the Tempest leader and trying to stop them at every turn. There were some nice twists as well. There are also plenty of side-missions you can partake to earn better weapons. As a matter of fact, these sub-missions are a necessity because it’s the only way to get newer and better weapons for your adventure.

Characters make up a lot of these types of games mostly due to their unique abilities and how effective most characters are in a mission. Thankfully most of the characters are good in Element Space. Their personalities stand out quite a bit but the problem comes in which ones you recruit first.

Since you can choose which character to recruit at specific moments in the game, it’s hard to decide who is better suited for the missions ahead of you. Early in the game, you recruit a character through the story who is a melee fighter. This character was great to use because she was powerful and her skills could knock characters off ledges, killing them instantly.

Once she joined my party I was ecstatic to go into the next mission to use her to her full potential. My excitement was halted when all the enemies in the next mission had a passive skill that saw them attack anyone who was approaching them for a melee attack, making her virtually useless for the next three-or-so story missions.

Intriguing Combat And Strategy Is Hampered By Various Technical Issues

Combat is a small highlight in Element Space that should have shined brighter if not for all the bugs. As you would expect from a tactical RPG you get two points for each character: a movement point and an action point.

When moving your character into cover you better make sure you move the camera around 360 degrees just to make sure you have the right spot selected. I can’t tell you how many times I thought I had a piece of cover selected for my character to run to only to have them take cover on the opposite side of where I wanted them to go, leaving them completely open to attack.

When engaging in combat, cover plays a key role. Most enemies will attack with long-range weapons limiting their chance of landing a hit by fifty percent. Staying in cover won’t help you forever, though, as almost all the cover in the game can be destroyed. Unfortunately, most of it gets destroyed when it’s shot at a measly two times, forcing you to find new cover rather quickly.

Some characters can use this carnage to their advantage. Using a shotgun will obliterate almost all cover in a small cone radius while causing devastating damage to anyone hiding behind it. This can be a double-edged sword as it will destroy potential cover for your teammates.

Melee combat is another aspect that I fully enjoyed. When engaging in melee combat you’re placed into a Melee Lock. This means that you are forced to duel with your opponent. When in a Melee Lock you can try and move away from it but that would mean that the enemy would get a free melee attack on you before you can break the lock. A good tactic I found was forcing an enemy into a Melee Lock and then having my teammates take potshots at them because the Melee Lock forces you out of cover.

The worst is when the game would crash right after I finished the mission to be forced to take on that mission all over again because the game didn’t save on time. At one point I replayed the same mission six times because the game kept crashing every time I would start and finish it. Screen tearing and frame rate drops are also plentiful. Again, this shouldn’t be a problem since the character models look last gen and the environments aren’t exactly full of detail. The frame rate issues also lead to crashes and game freezes. So even if the game doesn’t crash you have to exit out of it because it’s frozen.

Some abilities also have issues functioning properly. One that I noticed a lot was a dash push ability from a melee fighter. Sometimes when I used this ability the character will just go sliding across the map until she ran into the first object in her way — for some reason it takes two-movement turns to get her out of this position and functioning again. This is just one of many issues, others included characters not coming out of cover to attack, and enemies not taking damage when attacked.

Everything In Element Space Is Hit and Miss

Tactical RPGs are meant to be tough, but the difficulty swings in Element Space are as wild as the game’s technical issues. In one mission I could take out all the enemies in a single turn with the right characters and skills. The next mission I’m taking on seven enemies that throw grenades all over the map, melee fighters that traverse the entire map to lock you in a Melee Lock, and snipers that take you down in a single attack. I wouldn’t mind the difficulty if it was consistent, but even on the easiest setting, the game feels like I’m playing on extreme difficulty.

Sound design is also a hit and miss. The music itself is pretty good and I enjoyed some of the encounter tracks, the voice work is also decent but the volume is so low that I have to constantly increase the volume of my TV just to hear it. Other issues I encountered were the lack of a tutorial or any background information on the factions in the game.

When you play through the story missions you get to make decisions that affect the story but also improve your status with the various factions in the game. Element Space doesn’t provide any information on these factions outside of their acronyms so I don’t even know who they are or what they stand for.

Element Space had the makings of a great sci-fi tactical RPG. Sadly the execution leaves a lot to be desired. Element Space just isn’t optimized upon its release in almost every way. Constantly being forced to restart missions over and over again to the extent presented here shouldn’t be happening in this day and age.

Element Space is now available on PS4, Xbox One, and PC

Element Space looked like such a fun game to play but ended up being a nightmare. In 2020 your game shouldn't be crashing after every hour of playtime. Element Space simply isn't optimized and need a lot more time in the testing stages.