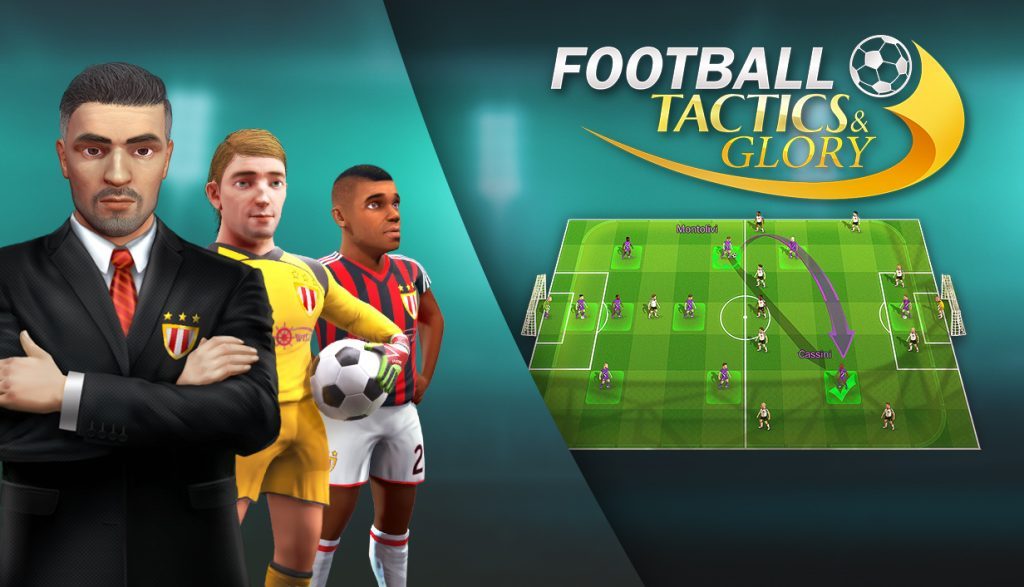 I have a strange affliction with football games, or soccer games if you’re that way inclined. I am a massive football fan but for some strange reason, minus a few select titles, playing the sport in video game form is something I rarely do. FIFA or PES I rarely play, for example, and I only really enjoyed the likes of Sensible Soccer, Fever Pitch (I remember being slightly addicted to Championship Manager back in the day, too).

A Different Take on the Beautiful Game

I think it all boils down to me only really liking football games that have something different to offer. Sensible Soccer was simple and addictive with mates, Fever Pitch had weird special abilities and Champo I used to play in a league with friends. Football games nowadays are too clinical, realistic and lack something interesting for me to get excited about. Football, Tactics and Glory piqued my interest with its different take on the genre, and if you can say anything about it, it’s definitely unique.

Rather than being a free-flowing football simulation like other games of this ilk, Football, Tactics and Glory is a turn-based, chess-like RPG. It may sound strange but on the whole, it’s not too bad. The matches play our like a stat-based game of Subbuteo – remember that? If not, look it up; it was a staple of my sheltered childhood. Essentially, you have three moves each turn to manoeuvre your players down the pitch and try to blast one past the keeper and triumphantly ripple the net.

Passes, crosses, tackles and shots are all based on stat checks between players. The game will generate a number between one and the player’s stat in the corresponding area. This not only creates a bit of randomness but also makes it a bit more realistic. Everyone knows the Beautiful Game is unpredictable at best and downright shocking at its worst. You do not need to be good at football games to get some success in Football, Tactics and Glory, which I think is pretty refreshing.

Sometimes you do end up with that XCOM like scenario. You know the one, where you have a 99% chance of hitting an enemy you are face-to-face with but you inconceivably still miss. It is the same in this game. Sometimes your players will overcome massive odds and score a screamer from afar, or if the boot is on the other foot, stop a certain goal out of the blue. It unquestionably makes every match individual and unpredictable.

The fact that Football, Tactics and Glory is so different from other games of this type means it will appeal to a wide gamut of players. Football fans, RPG fans and even strategy fans may find something to like. The fact that its all purely based on stats, upgrades and skill points means that it can be played like an RPG and that appeals to me personally more than a normal, simple football game.

There is more going on in this title than what happens on the field too. You will need to juggle things around behind the scenes to be successful. Stadium upgrades, coaching staff and contracts are among the side activities that you must keep your eye on. Luckily the ‘Footballpedia’ has all the terms, mechanics and tutorials in one handy location and it very extensive with its assistance.

Elsewhere, the transfer system is incredibly solid, and actually reminded me of buying players in Sensible Soccer. If you have the cash and buy a player, that’s it. The player is bought. No negotiations, no quibbling. It was the same with selling players. Click on sell and they are gone, out the door, adios! No waiting for a team to be interested and you can cut that deadwood where you see fit. It made building a team so much easier and considerably stress-free.

Graphically I was a tad disappointed with Football, Tactics and Glory. The game has some aliasing around the players during matches, the player models are quite poor and the animations very stiff. In addition, the environments are very basic and quite lifeless. Luckily the match engine and general gameplay is engaging enough so the graphical presentation does not really affect the overall experience too much. Still, that doesn’t stop it from looking like a mobile game or low-end PC title at times.

The sound design in this game is also quite off-putting. The soundtrack just stops and starts at weird times and often cuts out before the end of the song. No smooth fading in or out; just an abrupt, sharp end that is very noticeable and off-putting.

A Fun and Unique Take on the Beautiful Game

While I appreciate the RPG-style of gameplay in Football, Tactics and Glory, the overall presentation leaves a lot to be desired. The sound design is a bit dodgy and visuals are definitely lacking, but there’s no denying the gameplay is fairly unique and addictive. As such, if you’re after a football game that is different and has some RPG elements, or you just want to play something different, it may be worth a punt. Just don’t expect it to look or sound amazing.

Football, Tactics, & Glory is out now for PS4.

While the graphical presentation and sound design leaves a lot to be desired, the gameplay and match systems are unique and quite addictive. While I cannot see it knocking something like FIFA off the top of the football game tree, I can see it offering something light-hearted, different and fun for football and RPG fans alike.