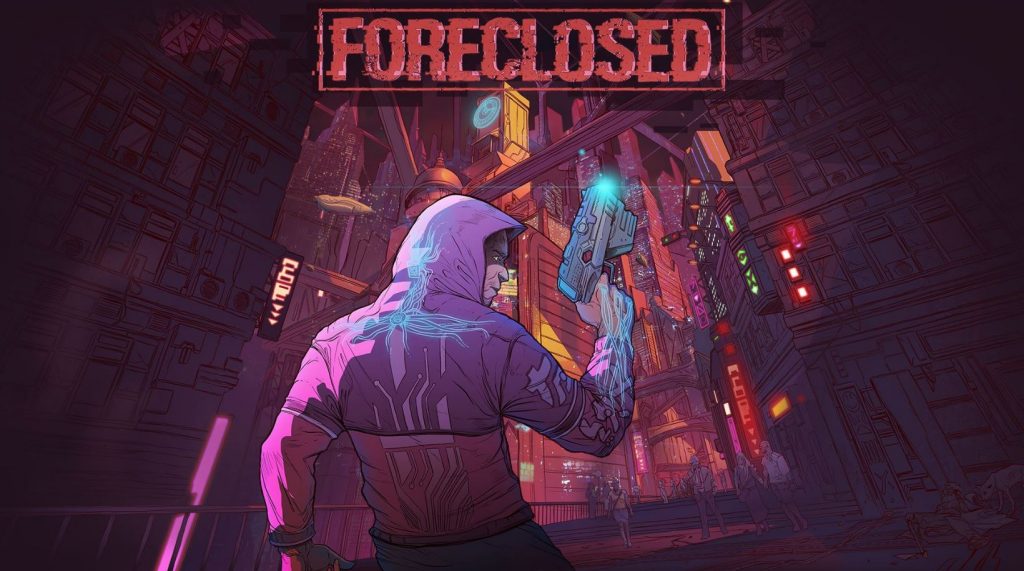 Foreclosed PS5 Review – Antab Studio’s portfolio consists of a handful of arcade-like mobile and Xbox 360 games from roughly a decade ago, followed by a 2017 remaster of its apparent flagship title Gridd (not to be confused with Codemasters‘ Grid) for modern platforms. Foreclosed is a bit of an ambitious departure from the studio’s roots then, as a third-person stealth-action adventure set in a visually striking cyberpunk dystopia where humans have been fitted with an implant for reasons which never quite become clear.

It’s a Debut For the Studio, But the Verdict Is Not a Foregone Conclusion

Our protagonist Evan Kapnos can utilise his implant to perform a variety of actions in combat, from remote stealth kills to throwing barrels and dumpsters at his enemies using telekinesis, but the game never tells us why civilians agreed to have them fitted in the first place. One character even laments that “humans have gone too far, just to have adverts wired directly into our brains.” 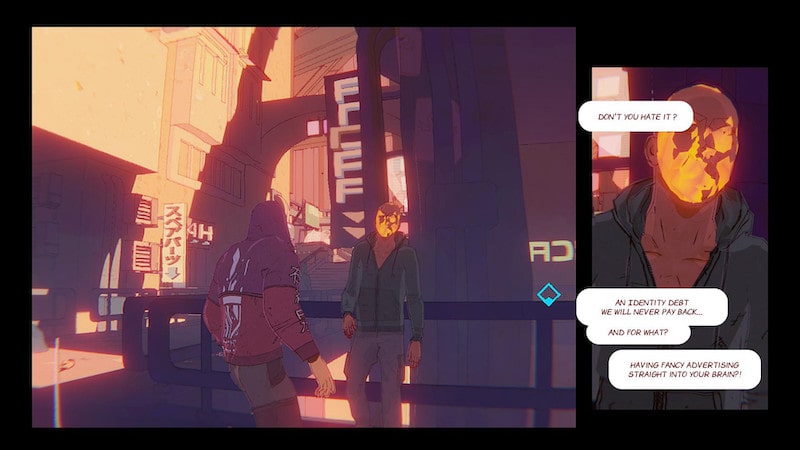 It may be sounding similar to a certain high profile, big budget release from CD Projekt Red, however the comparisons to Cyberpunk 2077 end there. Foreclosed is an indie game to its core; aside from its remarkable HD visuals, it could easily pass as a game from the PlayStation 2 era.

There’s no cover system to speak of, so it’s usually a case of finding a wall to hide behind and gradually picking off the enemies, one by one, but the shooting feels clunky and the enemies are often bullet sponges. Headshots are a one-hit kill so they are initially rewarding, however the foes eventually begin to wear helmets to the detriment of your satisfaction.

Foreclosed does have an upgrade system which grants various abilities to Kapnos, but this is a bit of a missed opportunity to add some much needed variety to the game. Telekinesis, once unlocked, brings back the one-hit kills when there are movable objects within a given area, but it uses auto-aim so it can never replace the gratification awarded from a perfectly timed headshot. 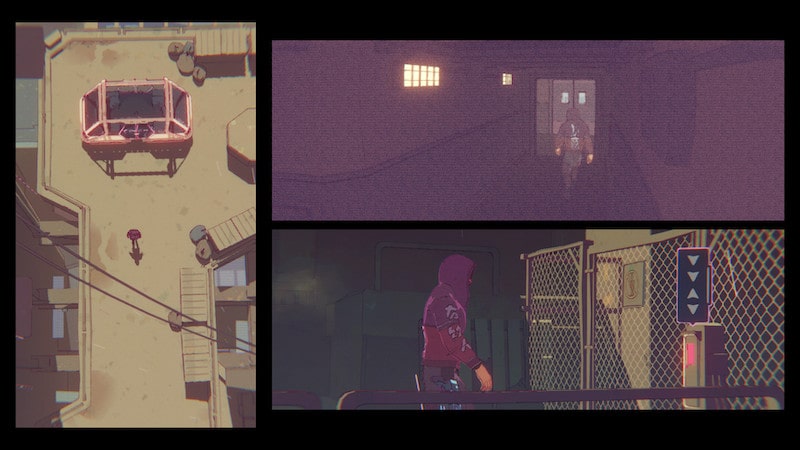 Foreclosed Spreads Itself Too Thinly Between Action and Stealth

The best stealth sections are a welcome change of pace, but more frustrating than the action sequences at their worst. Monitoring the paths of enemies, rolling between cover and getting close enough to an enemy to perform a remote stealth kill – executed by repeatedly mashing the Triangle button – can be satisfying, however later sections bring with them their own frustrations.

They only make one appearance, but there’s one particular sequence where your standard human enemies are replaced by aerial drones. They have a visible line of sight, and you can again learn their movements fairly easily, but there’s no leeway for making a mistake. Spotted for a split-second? Back to the start of the sequence you go. At least if you’re spotted by the earlier turrets, you have the chance to dive behind cover and go again once they’ve cooled off.

In addition to the clunky, often frustrating gameplay, the level design isn’t its strongest point. Very early on, I was stuck on a balcony with little more than the ability to roll and a blue marker pointing at a rooftop ledge opposite. Should I be able to jump to it? Have I missed something? Turns out, reaching that balcony arbitrarily unlocked a previous vent and I had to crawl back through the way I came to access it. 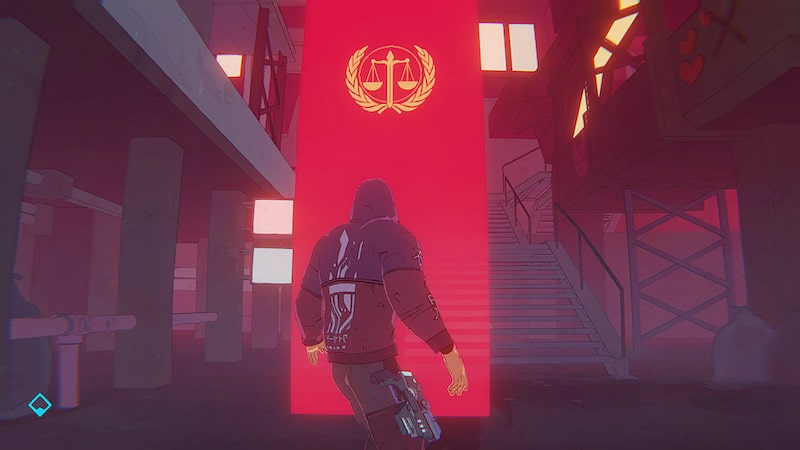 Beneath the frustrations and shortcomings, Foreclosed does occasionally show glimmers of hope. There’ll be moments where you’re diving through a neon-filled nightclub, using your implant’s powers to shield yourself from enemy fire and throw your enemies into the air, before pulling off headshots and watching them crash to the ground. You’ll feel like a badass for thirty seconds, before the game rips you out of the action and has you searching high and low for invisible switches using only a proximity meter which lights up as you get closer to them.

Outside of the core gameplay, the story isn’t much to write home about, either. It’s your typical civilian who’s been wronged by the state, hell-bent on revenge. Dialogue between characters is well-written, with occasional RPG-style conversational choices to be made, although these merely offer a false sense of freedom in that your responses barely have any impact on the conversation – much less on the overarching story.

I briefly mentioned forced button mashing earlier on, which in itself is poor for accessibility, and it’s unfortunate to say that Foreclosed also lacks a camera sensitivity option. Sure, you can tweak the aiming speed, and there’s even an aim assist slider in the options menu, but the camera speed during standard gameplay is fixed. It took me more than an hour or two to get used to its sensitivity and adjust to making the tiniest movements with the DualSense controller’s right stick. 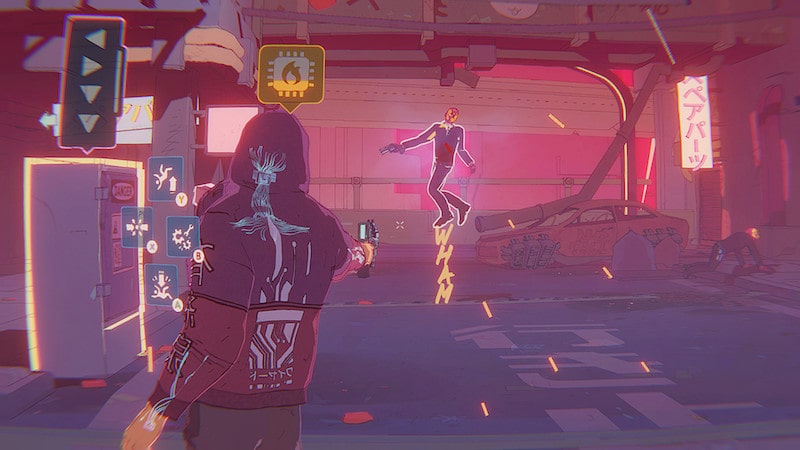 Finally, I couldn’t end this review without mentioning the Foreclosed’s striking presentation and outstanding cel-shaded art style. Speech balloons and onomatopoeia call-outs complete the look, with the screen often splitting into multiple panels which not only adds to its comic book-style, but also offers various perspectives of the action on a functional level.

Ultimately, though, it’s a below average stealth-action shooter which perhaps would’ve fared better in the early 2000s. It’s a prime example of style over substance with a strong PS2-era aura. It’s a definite leap in the right direction for Antab Studio if it plans to become a prolific developer on modern platforms, but Foreclosed, as a standalone game, doesn’t offer enough to contend with its contemporaries.

Antab Studio provides living proof that style should not come before substance in an eye-catching albeit below average shooter which would've felt at home on the PlayStation 2.