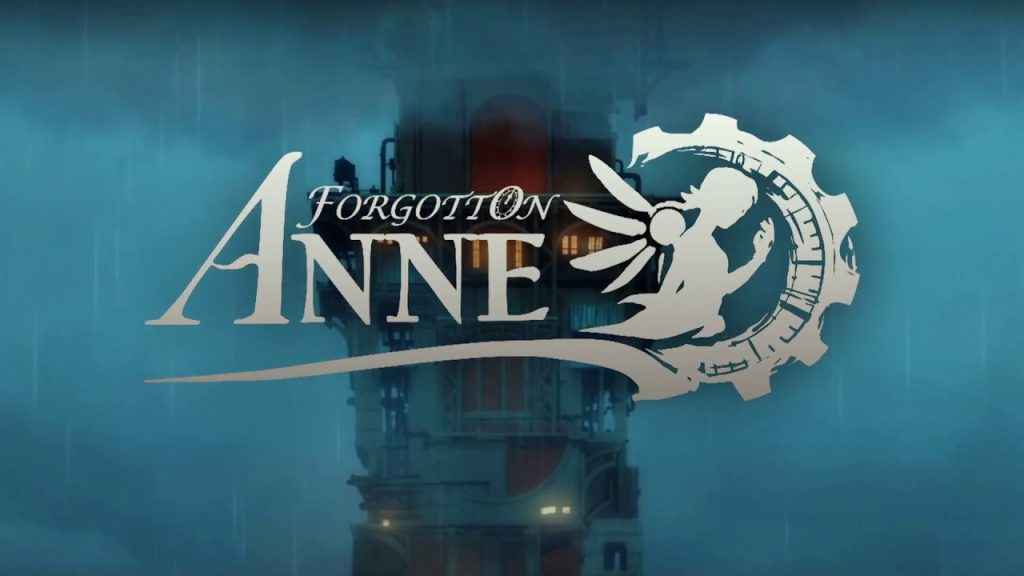 Have you ever wondered what happens to those misplaced items in your life? The mislaid socks, the lost change, the missing toothbrushes? Well, according to the events chronicled in Forgotton Anne, those forgotten items (affectionately referred to as ‘Forgotlings’) find themselves whisked away to the Land of the Forgotten whereupon more than just being inanimate objects, they actually find themselves infused with a spirit and a terrible longing to return to their beloved masters.

As Anne, a human enforcer of law in the Land of the Forgotten, players are tasked with ensuring that the rule of law is kept intact and that the various Forgotlings do the jobs they have been assigned whilst also not causing any trouble. Naturally, trouble is never far away and it’s not long until Anne runs foul of rebel forces that aim to usurp the ruler of the land (and the man who also happens to be her guardian), Bonku.

The first thing that strikes you about Forgotton Anne is just how good it looks. Embracing an anime style veneer that recalls the works of such Japanese studios as BONES (Fullmetal Alchemist: Brotherhood) and Wit Studio (Kabaneri of the Iron Fortress), Forgotton Anne looks like a Japanese animation that you have full control of and the effect is so convincing that I’d argue modestly sized developer ThroughLine Games have done a better job of imitating the anime aesthetic more effectively than highly produced affairs, such as the Naruto Ultimate Ninja series of games, have been able to manage.

Even just seemingly small and trivial visual flourishes such as Anne dusting off her skirt, tightening up her hair ribbons or breaking into a wide striding sprint, all of it simply looks like it could stand on its own as a work of art and duly cements the notion that Forgotton Anne is certainly one of the prettier games that you can get on PS4 right now.

Ably complimenting Forgotton Anne’s visual spectacle is the commendably decent voice acting that gives such effervescent life to the many Forgotlings that Anne will encounter along her journey. Indeed, much of the narrative is spent humanising these lost and previously inanimate objects, and in doing so, the game successfully tugs on your heartstrings and really makes you care for them in manner that is quite unexpected. These are lost, wayward things who have a deep, soul-dyed connection to the human world and the masters that they have left behind and it’s really the voice actors that give audible life to these creatures do a grand job of selling you on that.

It’s perhaps telling that in order to exist, these Forgotlings require validation stickers to validate their existence to Bonku, and yet these labels are just that; one more way to disseminate their humanity and their being into something far less substantial, and it’s this theme of objectification that sits very much at the core of Forgotton Anne’s highly enjoyable and surprisingly mature narrative.

A puzzle platformer at heart, Forgotton Anne never fails to be enjoyable even if it does find itself lacking in challenge somewhat. As far as the puzzles go, they all largely revolve around the power of Anima, a mysterious force that gives life to previously inanimate objects and by leveraging this power, Anne can power up breakers that can be used to power devices, switches, doors and other equipment in order to progress. Again, though many of Forgotton Anne's puzzles revolve around this concept, they aren't especially difficult and can be solved fairly quickly in most instances, making the game not especially difficult to progress through as a result.

When it comes to the platforming side of things, our heroine has a sort of stodgy movement that makes Anne feel a little more unresponsive than she perhaps should. If the game consistently relied on pixel-perfect, do-or-die platforming than this might have been a real issue, as it is however, Forgotton Anne's lack of death state coupled with its relatively forgiving and simplistic platforming beats mean that her oddly unsatisfying movement never really manages to impact the overall experience in any sort of considerable fashion.

A little more troublesome at times though, is the fact that sometimes the camera gets a bit too excited with its cinematic flourishes and can occasionally lose track of Anne entirely, requiring the player to negotiate a series of blind acrobatics to get her back on screen again. Admittedly, this doesn’t happen very often (maybe five or six times across an entire playthrough), but it still rankles all the same.

Much like the world she inhabits, Forgotton Anne is an offering of deceptive depth and nowhere is this more keenly pronounced than in the non-linear narrative decisions that the player is forced to make. Though such divergence manifests itself so often as branching dialogue choices, the consequences tend to often be rather dire and come back to haunt you later. You see, as an enforcer you can often find yourself forced into a situation having to killing or spare a Forgotling in order to proceed and it's a testament to the design and depth of character sophistication that have been afforded to these creatures that you feel reluctant to do the deed.

As such, Forgotton Anne not only packs a surprisingly emotional punch, but it also encompasses a fair amount of replay potential beyond what its eight hour long campaign might initially suggest. Furthermore, extra replay value is also given by collectibles that provide additional exposition on the characters and events of the story you may have missed the first time round, with all of these trinkets being amassed in a special area that players can visit once they have been through the game at least once.

Forgotton Anne is overflowing with character and charm and quite like its headlining heroine, the game is one that will linger in memory for a long time after the credits have made their march up the screen. It is a touching and emotionally resonant story and one that is anchored deeply in gravitas owing to the excellent performances of the voice actors that give such bespoke life to these otherwise lifeless and inanimate objects. Forgotton Anne is simply essential to fans who like their puzzle platforming shenanigans blended with a well-written story and equally well developed cast of characters.

If you enjoyed our Forgotton Anne review and have a hankering for more indie games, why not take a peek at our best PS4 indie games feature for more.

Deftly combining platforming, puzzle-solving and a non-linear narrative, Forgotton Anne is a uniquely beautiful experience that everybody should try.