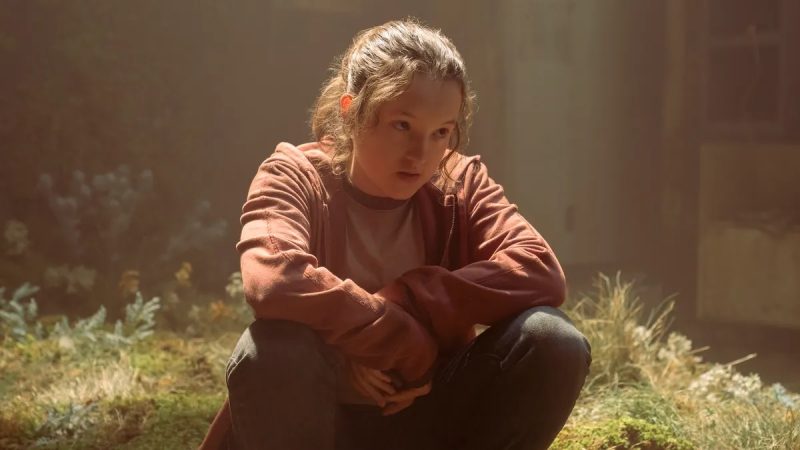 Spoilers ahead, for those who’ve yet to see it and who haven’t played the game.

This week’s episode is titled Infected, which sees Ellie, Joel and Tess continue their journey towards the capitol building where a team of Fireflies is meant to meet them there, and take Ellie the rest of the way while Tess and Joel head back to Boston.

While the first episode was an excellent foundation for understanding the world of The Last Of Us and establishing its main characters, episode two expands on that world building by providing some answers, and launching Joel and Ellie into the next part of their journey.

HBO’s The Last Of Us Season One, Episode Two Review – And Then There Were Two 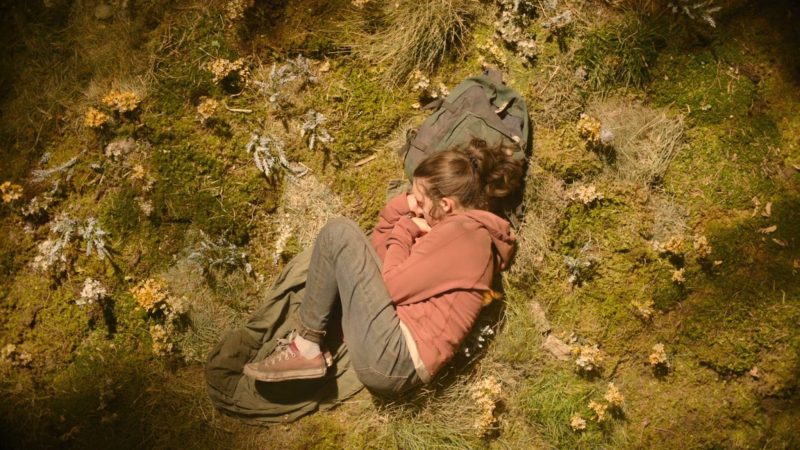 The first episode took us back to 1968, to hear a doctor theorizing how humans would certainly be destroyed by a fungal infection, were it to evolve in a particular way.

Fast forward to the beginning of episode two which opens in Jakarta, Indonesia in 2003 on September 24th.

There, we see a professor of mycology be removed from her lunch and taken to a lab, where she’s asked to examine a sample of the virus, and the corpse of an infected person who was bitten while working on a grain and flour farm.

After seeing the tendrils she pulls from the corpse move and expand with life of their own, she runs out of the lab, and reports to the military officer who brought her there that to contain it, they must bomb the city, and everyone in it.

While I don’t expect every cold open across all nine episodes to be this effective and powerful, we’d still have a good show on our hands if the rest of them were even half as good.

It’s an extremely effective opening that once again shows how this adaptation is furthering the overall story of The Last Of Us, not taking anything away from it.

The opening even includes a potential answer as to how the disease spread across the world so quickly, with the hint that it came from a grain farm, and could’ve already been across the world, in bread and other products, with everything collapsing on September 24th. 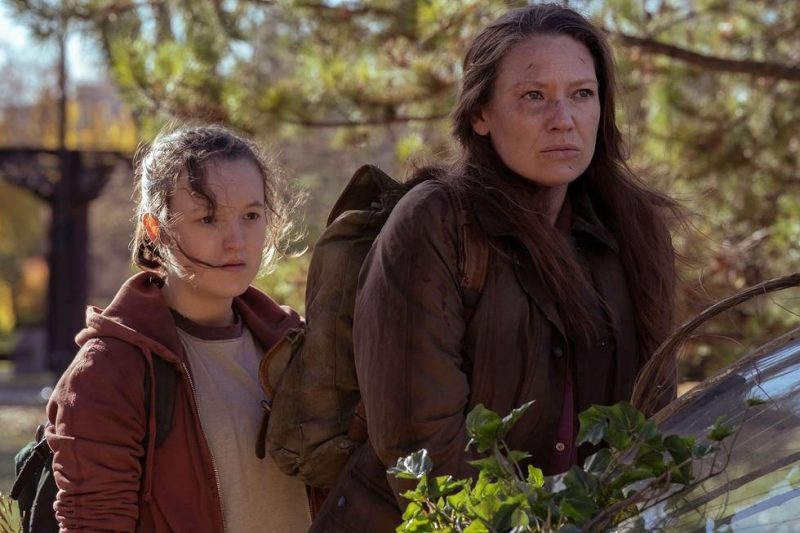 That’s the kind of little lore-nugget I love, dropped subtlety and without suspicion while not being hidden from the viewer.

After hitting (or not hitting) skip intro, we find ourselves bearing down on a sleeping Ellie, who lies comfortably on what looks like the comfiest patch of grass in the apocalypse, as a very awake, and on alert, Tess and Joel watch.

An effort that I’ve appreciated seeing from Craig Mazin in this show has been making everything feel much more grounded and real, and less video game-y for lack of a better phrase.

Tess and Joel’s apprehension to Ellie and her being immune plays off a lot more believably in the show than it does in the game. Anna Torv in particular is excellent this episode, as both Tess and Joel begin to understand the truth about Ellie’s immunity.

The Infected are sure to ‘infect’ most of the season to make any scenario tense, but this episode featured them heavily and reveals some key pieces of information regarding how this version of The Last Of Us’s monsters are different.

Switch from spores in the game to tendrils for the show continues to be proven as an excellent choice, both from the way in which it adds more layers to the zombies in the zombie world, and to just how its so much more creepy than spores.

Each time I watch the tendrils move on screen outside of the opening credits makes me cringe just a bit. An effect it seems that Mazin and Druckmann both chose to lean into, indicated by how this episode ends. 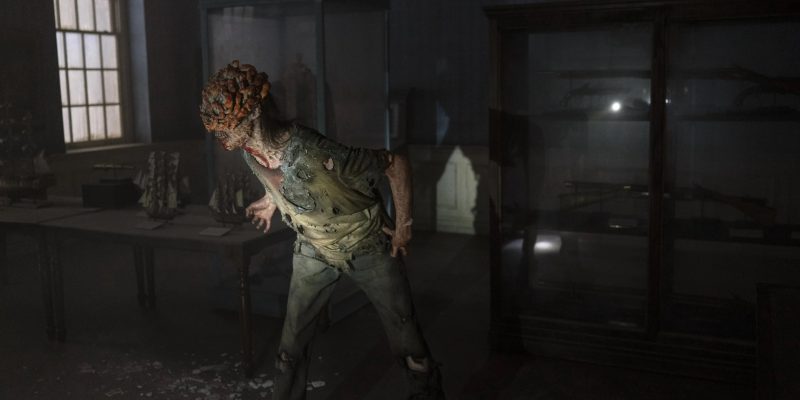 As far as changes made to the infected, they are now all connected through the fungus, that continues to grow and build in one massively interlinked web.

That connected extends to those humans who are infected, who are tuned into the fungi and everything a fresh branch might feel. This doesn’t apply to those parts of the web that have died and dried up, but in areas where it’s still wet, even just a light touch could signal your location to hundreds of infected.

On a whole I think this difference is cool, even if having all the zombies connected through a sort of hive-mind feels a little overdone for my tastes. This episode also served as our introduction to everyone’s favourite, Clickers.

The bat-like creatures were just as creepy to watch as they are to fight against, the way in which Tess and Joel struggled to fight these creatures rather than charge at them head-on the way you might’ve while playing the game, showed again how well the show is keeping the story much more grounded than the game ever could.

“Our Luck Had To Run Out Sooner Or Later” 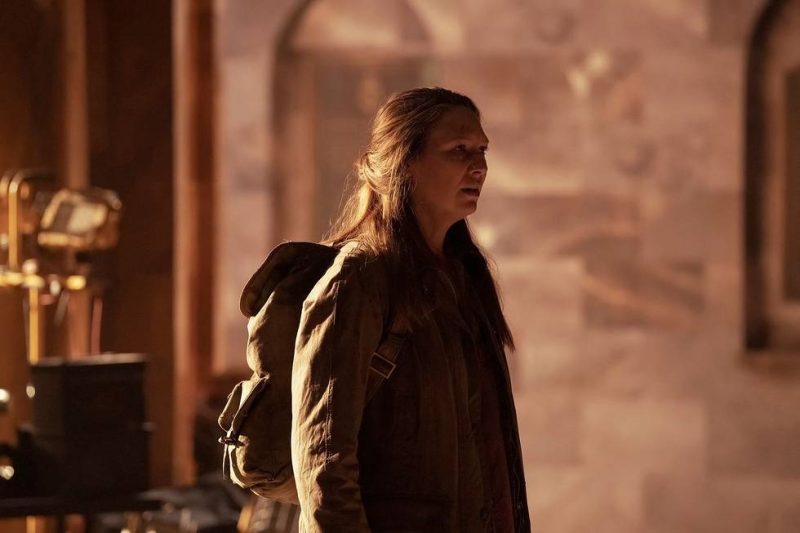 The expected climax for this episode came after a tense bout with two clickers, and Anna Torv is due all the praise this episode for her performance. Tess’s final speech breaks your heart, and she dies believing that she has done something that could potentially change the fate of the world.

Her last words to Joel also carried a dark foreshadowing for those who know what’s coming at the end of the show, as Joel will take his own twist on the idea to “save who you can save.”

And as I said before, Tess’s end in this episode is all the more cringe-y because of the tendrils. Bad as it may sound to say, I couldn’t be happier when the scene cuts to Joel and Ellie outside, running away as the explosion bursts behind them, killing the infected that would’ve otherwise been hot on their tail.

Ellie’s stunned face at the end also really felt like it mimicked the audience in that moment, who both couldn’t believe what they just saw, and understand it couldn’t have gone any other way. Tess was going to die, and by doing so with a bang, she’s saved Joel and Ellie to get to Bill and Frank’s.

Which also leads into something else to look forward to for episode three, the introduction of Bill and Frank. We never get to meet Frank in the game, so for those who’ve played it and know the story well, it’ll be the first episode to potentially add a whole new side to a character we already know.

In this case Bill, and who he was with Frank, rather than without him.

All of that is for next week though. This week’s episode stands as an excellent lead off from a killer premiere, and only made me more excited for what’s to come.

You can check out the first two episodes of HBO’s The Last Of Us wherever it is streaming in your region, right now.

Episode Two of HBO's The Last Of Us is another thrilling episode that does well to enhance the story we've all learned from the game rather than take anything away from it. The changes made to the disease and how it works regarding the infected also add more layers to these creatures than ever before, even if these changes fall into overdone tropes of the zombie genre. Anna Torv steals the show, and the whole thing ends with a bang, to set the stage for next week.