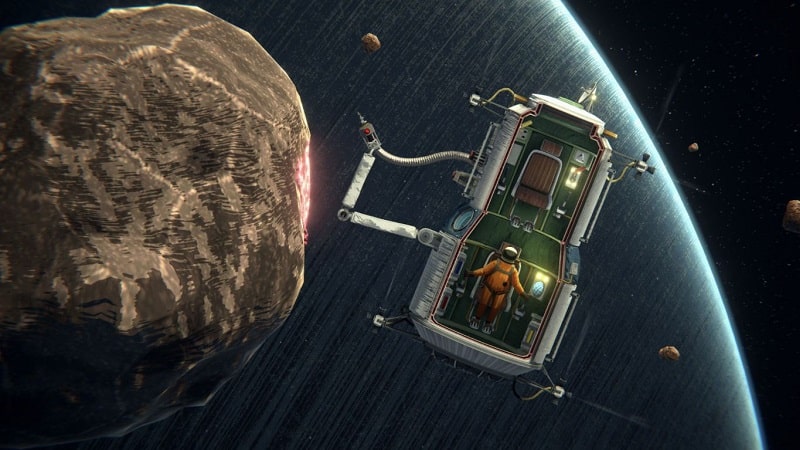 Heavenly Bodies PS5 review. If there’s one virtue that you’ll need in ample quantities when playing Heavenly Bodies, it’s patience. Lots and lots of patience. A physics based puzzler where you must direct an astronaut (or two, if you’re lucky enough to have a friend to play with) around a space station in a bid to get it repaired and back on track, Heavenly Bodies certainly evokes the quirky, oddball charm of other genre efforts such as Manual Samuel and Helheim Hassle.

A Tricky, But Ultimately Fun Physics Puzzler That Is Best Enjoyed With Friends

Quite unlike those games however, the degree of control that you must exert on your space bound cosmonaut is not only much greater by design, but is also complicated by the notions of zero gravity and the need to use momentum to get from point A to point B. This is where all that patience comes in because quite simply getting your happily drifting cosmonaut to go where you need them to go, or do what you need them to do, can be something of a slog – especially in the early going. 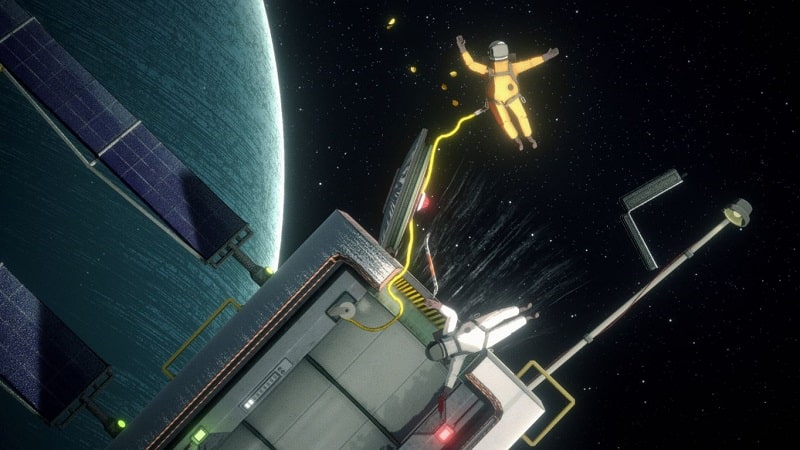 Though it’s certainly the case that Heavenly Bodies is far better when played in co-op where the initially painfully learning curve often pivots to laugh out loud moments rather than the teeth-grinding frustration you’ll experience by yourself, it’s also fair to say that the mastery involved in controlling the agency of Heavenly Bodies’ protagonist(s) is both challenging and satisfying in equal measure.

Thankfully, developer 2pt Interactive has an olive branch of sorts to offer folks in the form of the three different ‘movement styles’ that players can elect to choose from. First, the Classic (and default) movement style provides players with a balance of difficulty and fun as players can effectively swim and spin themselves around the environment with relative ease. Elsewhere the Assisted movement style is essentially Heavenly Bodies equivalent of an ‘easy mode’ and works by simply encouraging players to put their hands in the direction that they want to go and, well, away they go.

Finally, the ‘Newtonian’ movement style exists solely for hardcore cosmonauts only. Described by the developers as ‘physically accurate’, the Newtonian movement style seeks to recreate the experience of a completely zero gravity environment where every single movement and action has an appropriately physical reaction that must be calculated and accounted for. 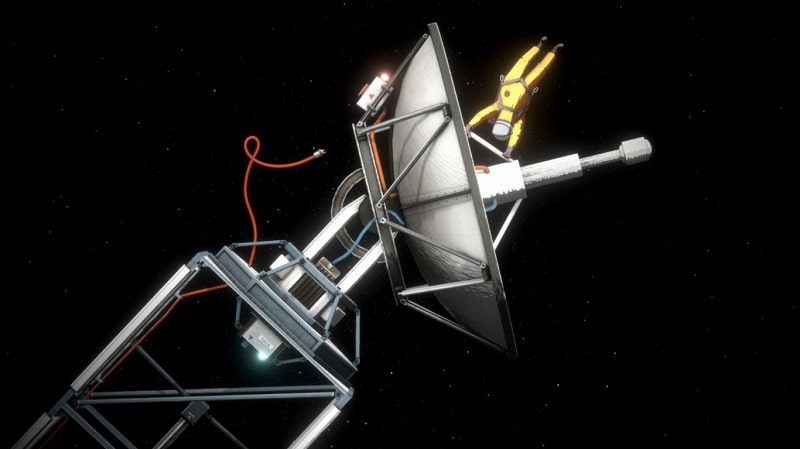 Regardless of the control scheme you go for, movement in Heavenly Bodies is largely dictated by your ability to grip onto surfaces and push yourself away and towards and other key points in the environment. In practice, each button corresponds to different limb on your cosmonaut and pressing them in certain combinations will result in special movements such as our protagonist tucking their knees to their chest, reaching out to grasp protruding objects in order to moor themselves appropriately. Failing to do so in the later stages of Heavenly Bodies often results in your poor cosmonaut getting sucked out into the great void of space and can be as comical as it is frustrating – though the latter soon engulfs the former the more you fail.

As you can hopefully appreciate, mastering these controls and the physical momentum that they generate (not to mention the need to keep the camera aligned), proves to be quite the task indeed. Also when coupled with the handy in-game instruction manual which tells you what to do next in wonderfully straightforward terms, such as flicking switches, opening doors and realigning radar arrays (it’s less complicated than it sounds), Heavenly Bodies proves its bonafides as an easily accessible offering for a couple of players to get stuck into.

That said, the problems with Heavenly Bodies though are two-fold. Firstly, the game is not only very short at just a handful of hours long, but outside of its streamer friendly speedrunning mode (more on that in a bit), there isn’t a whole lot else to do once the end credits begin their roll. Then there’s the fact that, well, it’s just not quite so great to play by yourself if you’re not streaming and making an overly dramatic meal of Heavenly Bodies occasionally player hostile control system. 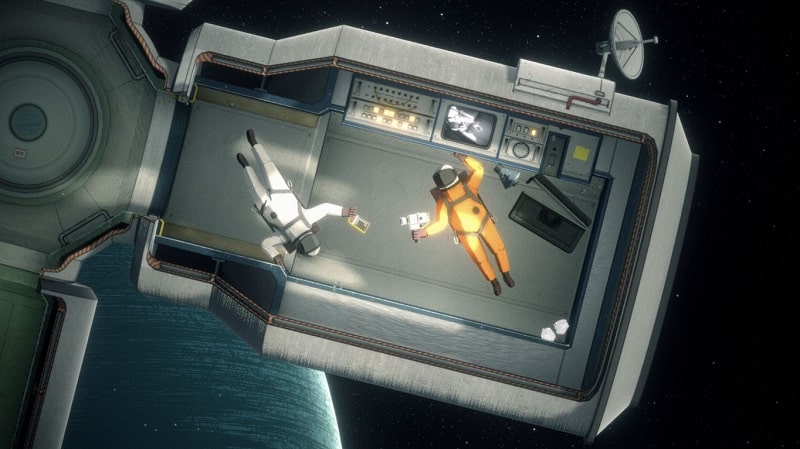 Heavenly Bodies then weaponizes player movement in such a way that even the most seemingly basic and rudimentary task can seem like an epic struggle – and not to mention one that elicits appropriately full-bellied laughs when played with friends and this, arguably, is where the enduring bedrock of its appeal lay. Beyond its controls and straightforward objective based gameplay, Heavenly Bodies also makes neat use of the DualSense controller, with the adaptive triggers in particular being put to good use as they palpably simulate the movement of each limb and their collision with the environment around the player.

Much like Manual Samuel and other titles of that ilk, Heavenly Bodies certainly feels tailor-made for the streaming scene. With its penchant for generating knee-slapping laughs and red-faced moments of white hot anger that are both best enjoyed with friends and in front of a captive audience (not to mention the speedrunning mode that would arguably garner a fair audience), 2pt Interactive have certainly crafted a commendably enjoyable co-operative yarn that should last well into the holidays and beyond.

Much like Manual Samuel and other titles of that ilk, Heavenly Bodies certainly feels tailor-made for the streaming scene. With its penchant for generating knee-slapping laughs and red-faced moments of white hot anger that are both best enjoyed with friends and in front of a captive audience (not to mention the speedrunning mode that would arguably garner a fair audience), 2pt Interactive have certainly crafted a commendably enjoyable co-operative yarn that should last well into the holidays and beyond.