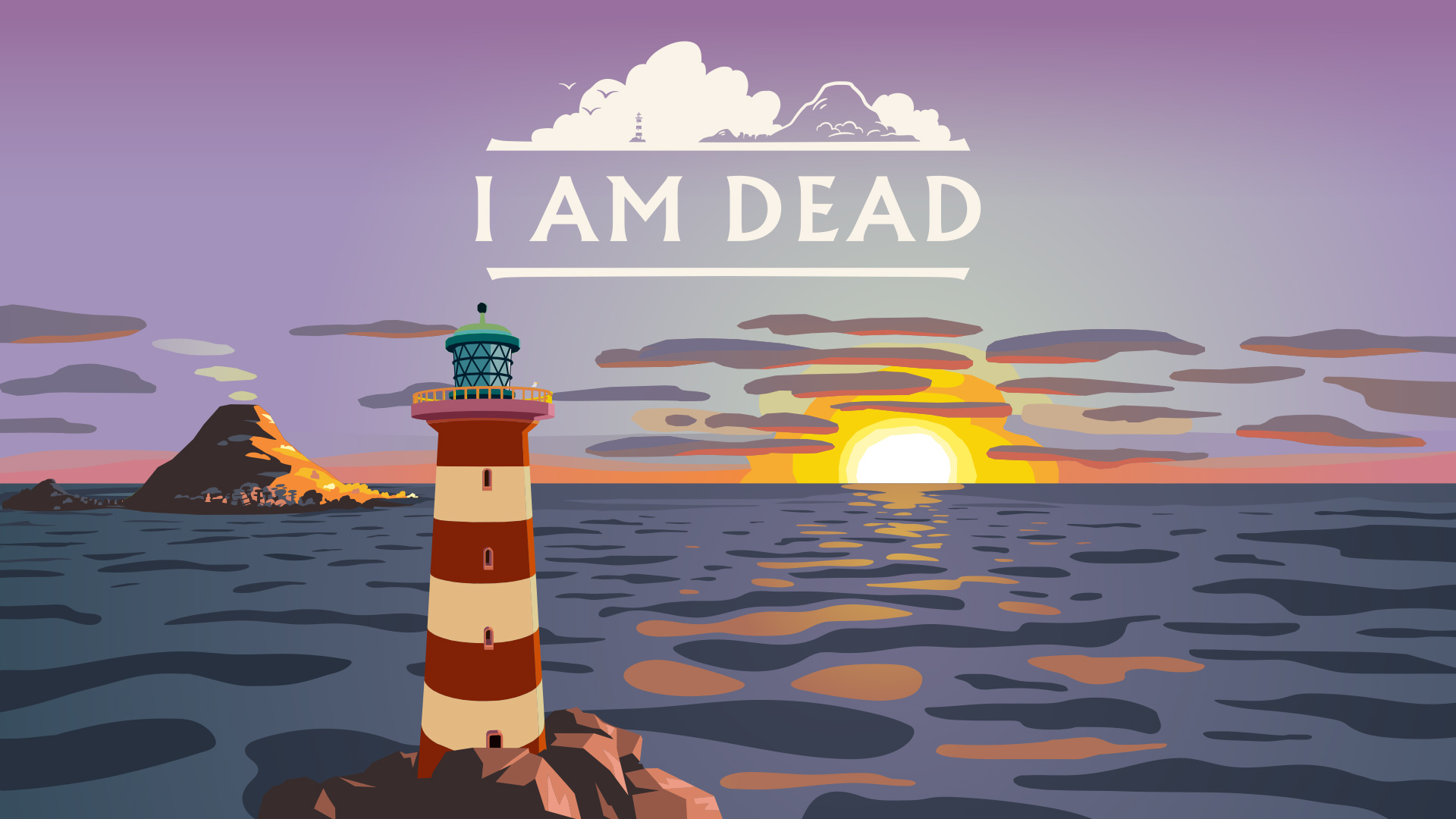 I Am Dead PS5 Review – I Am Dead toes the line between intriguing puzzle games and pretentious walking simulators. It tells the story of Morris Lupton – an unremarkable man who was once the proprietor of Shelmerston Island’s museum, with a remarkable posthumous ability to see through walls and objects.

I Am Dead PS5 Review

A Unique Game In Every Sense of the Word

As the name suggests, Morris Lupton is indeed dead. You assume the role of his ghost who meets his former pet dog Sparky in the afterlife, and is presented with a rather important mission to recruit a replacement Guardian as the outgoing Aggi grows weary of the responsibility, meaning the volcanic island gets closer to eruption with each passing day.

His newfound ability serves as the backbone of I Am Dead’s puzzles. As you wistfully float around Shelmerston from a first-person perspective, pointing the cursor at a “section” of the world and pressing the X button will isolate that particular area from its surroundings and bring it into focus allowing you to pan, spin, rotate and zoom in and out on it to uncover its secrets. 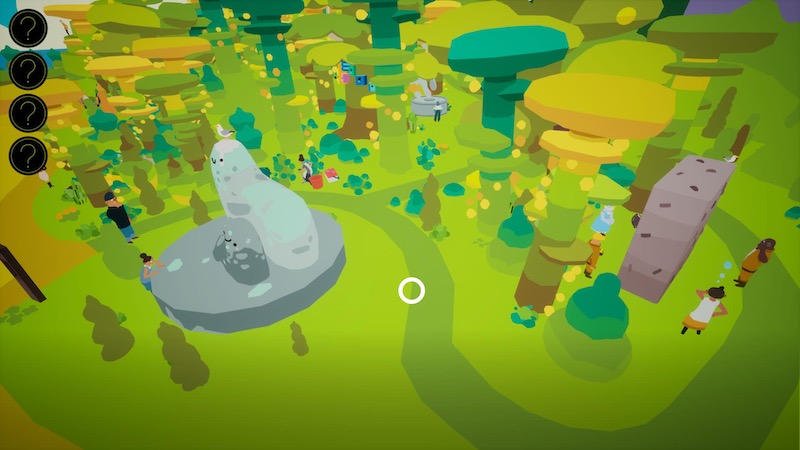 In a sort of hybrid between point-and-click adventure and hidden object game, you’ll be searching for items which hold sentimental value to the similarly deceased potential Guardians, so that Sparky can trace their spirits using the scent from these objects. Some will be hidden in plain sight, while others are nested within layer upon layer of inspectable items.

Zooming into an object beyond a certain scale opens up a cross-section, revealing its innards or contents. It’s certainly a creative mechanic and, to my knowledge, unlike anything that’s come before it; however its mileage may vary depending on the player’s patience. For my tastes, it was a little too placid, and the later hours required a painstaking attention to detail as the solutions became increasingly obtuse.

Between the puzzling gameplay, I Am Dead’s story is propelled by monologues from the residents of Shelmerston who each share an anecdote relating to one of five potential Guardians. Although the writing is generally lighthearted, it naturally touches on subjects including grief and loss in a sensitive manner while the voice actors do an excellent job of portraying each character’s emotions. 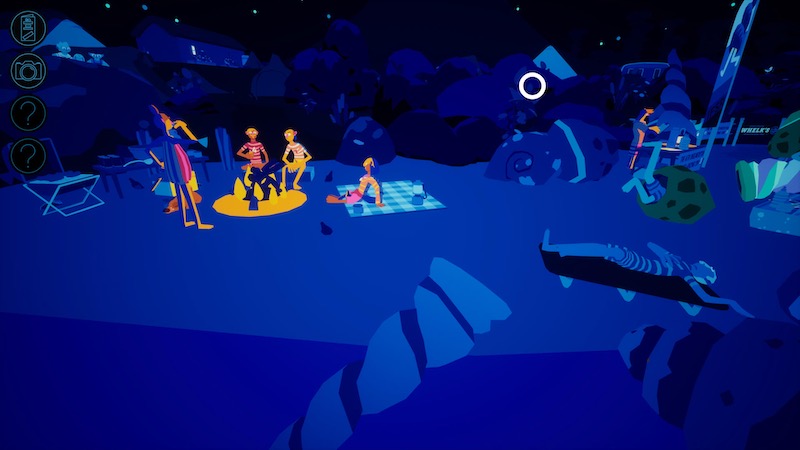 The outcome of these stories is the revelation of one of the aforementioned trinkets hidden within the world. This could be anything from a Rubik’s Cube to a wartime medallion – two examples from the game’s first area, so as to avoid major spoilers, but the Rubik’s Cube in particular highlights that the game isn’t always logical in its solutions.

A bedside drawer? The toy box in a child’s room? You’d even be forgiven for looking in a bin. For some reason, it’s located within a toolbox on the roof of the game’s first location – a lighthouse which is in use as a yoga retreat. Yep, very random! Although Mr Lupton’s movement remains on-rails throughout, I Am Dead’s areas get progressively larger and more intricate with more granular puzzle elements requiring even more persistence.

In addition to the main storyline, further puzzles present themselves in the form of hidden Grenkins, which are collectible items scattered around the world and hidden amongst its everyday items. Sparky will pop up to let you know when there’s a Grenkin in a given area, and give you an abstract silhouette of where they’re hiding. It’s your job to find something in the world which resembles the shown shape when zoomed, panned or sliced in a particular order. There’s not much incentive for doing so, but it’s a great challenge for puzzle-minded folks, and thankfully the game offers visual cues when you’re close to the item in question. 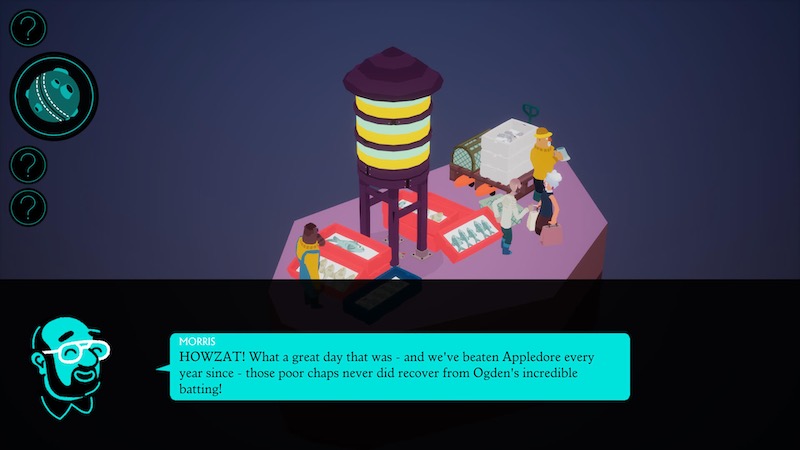 Mr Whitstable’s puzzles offer no such concessions, and instead put a strict time limit on the puzzle to make things that little bit more stressful. These are terminally abstract to the point of their own detriment, to the extent that I couldn’t even figure out what I was supposed to be doing when the timer expired after two attempts. It’s telling that there’s a trophy for failing one of these challenges – the designer knows this is an inevitability. Again, there’s no incentive for completing these, but it’s content that’ll no doubt be lapped up by those that are hungry for more once the credits have rolled.

I Am Dead isn’t for everyone, and can prove to be tedious in places, but its story presents more than enough incentive to see it through once you’re invested in Morris and Sparky’s fiction. There’s nothing new in this PlayStation 5 release for those that have already played the game on another platform, but its timeless visual style is as crisp as ever, with an idyllic soundtrack accompanying the five-hour adventure.

Morris may be dead, but there's no denying that Annapurna Interactive's knack for publishing charming video games with unique gameplay is alive and kicking. Beyond its unique flavour of puzzle, there's a vibrant world full of characters who can't wait to share their stories. If you have the patience to do so, it's well worth hearing them out.