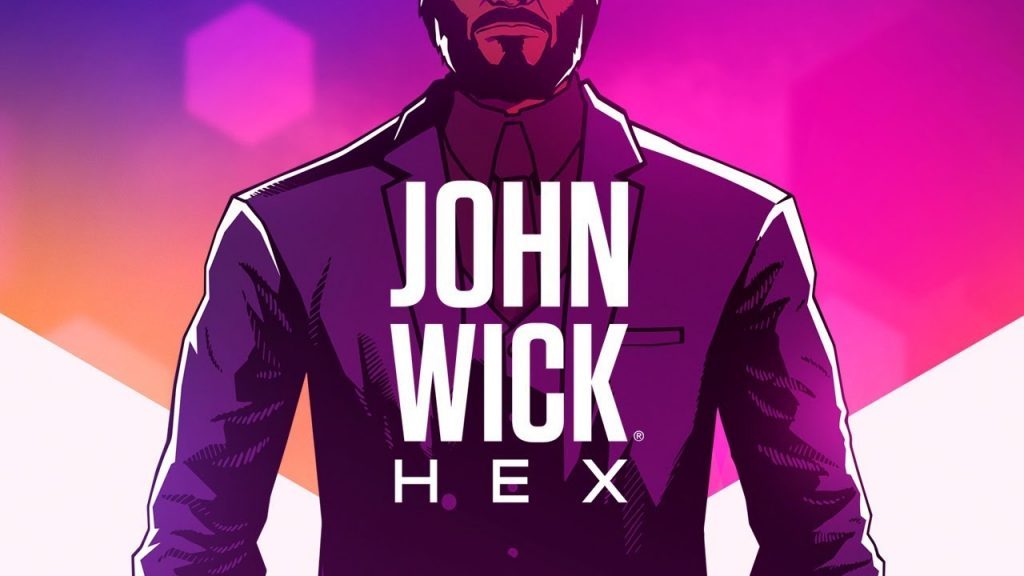 Let’s get this out of the way early on, I love the John Wick films. There is something very pleasurable about turning your brain off and watching one man kill what is basically an army all by himself. Watching the Baba Yaga kill people with pencils, gun-fu and not really saying much in the process is my idea of a good no-nonsense movie. Good times.

Being a fan of the films, I thought that if it were executed well enough, a tactical John Wick game would be epic. John Wick Hex is developed by Bithell Games, and you can tell immediately. Some of the game’s elements and the basic art style really reminded me of Volume, another game by Mike Bithell. To describe it loosely I would say John Wick Hex is like Superhot and Volume had a baby, and someone grated just a little bit of XCOM on top. Just a sprinkling mind you, don’t expect too much of XCOM’s flavour to come through in the gameplay.

John Wick Hex is told from the viewpoint of the games main bad guy, Hex. This story is set before the movies and Hex has captured two of the series’ best characters. He has taken both Winston and Charon from the Continental Hotel hostage in order to try and infiltrate the High Table and, hopefully, get John Wick killed in the process. Fortunately, the High Table put out a contract on Hex and up steps Mr Wick. I thought the story did not build on or explore the source material enough, it just borrowed what we already knew and threaded it into a game. I would have liked to know more about the Continental and its history, rather than just a rescue of two of its characters.

Both Ian McShane and Lance Reddick reprise their roles from the film and their voice acting is excellent. However, I found the comic book style cutscenes a bit off-putting. The characters do not look like their on-screen counterparts and with the voices being identical to the films, it just looked and felt disjointed. The cutscenes are very rigidly animated and add very little to the overall story. Troy Baker voices Hex and if you close your eyes it sounds awesome, it’s just a shame the cutscene visuals are not up to the same level.

After a brief tutorial, you are thrown straight into the tactical carnage. Each section of the game is split into stages for you to complete. You are given Continental coins to spend in each of these sections which do not carry over between them. You can stash bandages or weaponry at various points using your coins and I enjoyed planning my routes through each section of the game. Your health, ammo, weapons and focus are persistent so while the stages in each section are separate, they do act like one long conjoined mission. Where and how you spend your coins is vital to your success or probable failure.

Each stage is quite short, which I liked. It means you can play in short bursts, nothing takes too long to get through and it encourages experimentation. As the story unfolds and Hex, Winston, and Charon talk over your gameplay, it’s your job to get to the end of each stage while trying not to get killed. Your options are numerous, trial and error play a massive part and I will be honest with you, I did not like the game at the start at all. It felt too random, disjointed and not like the John Wick I knew, not at all.

Like Superhot, enemies only move when you move and only attack when you are executing an action. It’s a game of cat and mouse, a game of strategy and sometimes a game of patience. Which when you think about it, sounds nothing like John Wick at all. I think this is why initially, I didn’t enjoy the game. John Wick flies through enemies and rooms at 100 miles per hour while in this game I was plodding along like a rusted Kung-Fu robot, taking things very slowly and gradually. Luckily, as I got used to the game’s systems, and as I started pulling off bad-ass stunts, things got substantially better and a lot faster.

There are numerous things you need to manage while rolling and butchering through each compact stage. You have to watch your weapon and ammo, which sometimes you don’t even start with. You have to keep an eye on the position of your enemies, as well as your own, along with your health and focus. Your focus is the important one and once I had a grip on that, that is where the game changed for me and I started to feel more like John Wick himself. Early on I died a lot, and most stages I completed seemed it was more luck than any sort of skill, which did put me off.

Once I got used to the fact healing, reloading, and picking up dropped weapons takes time and once I learned that ducking increases your accuracy and makes you harder to hit, things started to get easier. Movement, kills, and meandering through stages became more fluid and more like the movies. I started to use focus more and more, it governs your ability to roll and perform certain actions and can be recovered manually when you see fit at the cost of some in-game time. I had over the course of an hour or so adapted from being a bumbling, rusted robot into a swift tactical killing machine.

My encounters started to become more fun, more fluid and it felt fabulous. I was now approaching the game differently and with a different mindset. Instead of fumbling, I could take out bad guys like a professional reading poetry. Rolling between them, dancing through bullets and throwing weapons at them for fun. This was proper John Wick and I was now starting to enjoy myself. Each stage plays out like a chess match, your positioning is vital, planning is crucial and sometimes even just crouching and letting time pass can be a great weapon to take enemies by surprise.

One of the game’s systems that you will need to get to grips with quickly is the timeline. At the top of the screen, that bar that looks like a Microsoft Project plan is actually a timeline representing what has happened, what will happen, and allows you to plan accordingly. Is someone about to shoot you? You can then select your actions to see where they fit into the said timeline. Is there something you can do to stop being shot? If not then you can try to roll into some cover or at least make it tough for you to be executed. Your life will be ruled by this flowchart, keep your eye on it and it will help you massively.

Another thing that can help you is that some of John’s combat moves allow you to move your character after you have performed them. You can push your adversaries or even perform a takedown. Both of these moves leave you in a different position to where you started and can be used to reposition yourself when necessary. This allows you to be in a position to parry another enemy’s attack, roll into cover, or even line up your next blood-spilling headshot. When all the games systems are understood and you make sound tactical decisions, John Wick Hex becomes a lot more enjoyable.

Graphically John Wick Hex is not a looker. Like I said earlier, I would have liked better cutscenes. I don’t mind the comic book style but at least make the characters look like their on-screen counterparts. The graphical style in-game is quite similar to those cutscenes as well. The whole game has a gritty comic book look to it and while not being ‘classically’ attractive, it does its job well. I started to actually like the art style towards the end of my playthrough. The shadows and gritty art style work nicely together to create a subtle, dark atmosphere. This style just may not be to everyone’s taste.

While the cutscenes are offputting, the story is a bit generic, and the graphics take some time to adjust to, the actual gameplay is rewarding and towards the end of the game, I could not stop playing it. There is a bit of replay value as you have certain objectives in each stage attached to trophies. These range from the amount of healing items used to the completion time. They will take a little while to get if you are into that sort of thing and will require you to replay the stages multiple times.

Early on, John Wick Hex seemed to me to be far too random and did not really encapsulate what I loved about the films. However, after a few hours, and after I had learned the intricacies of the game, I started to pull off Wick-esque moves regularly and started to really enjoy what I was doing. From planning where you want items at the start of each section to executing each level to perfection. This game does have something worth playing it for. Right, I’m off to kill someone with a pencil. What are you waiting for? Charon and Winston need rescuing.

John Wick Hex is out now on PS4.

Early on, John Wick Hex seemed far too random to enjoy. But as I spent more time with the game I got used to its systems and how it functioned and I started to enjoy myself more and more. Each level is a tactical game of cat and mouse and strategy and planning are vital. Positioning is key and thinking ahead of time is paramount. The story, graphics and especially the cutscenes are nothing to write home about but luckily the gameplay makes up for it. If you are up for a strategy title, John Wick Hex is fun as long as you are willing to give it a bit of time.