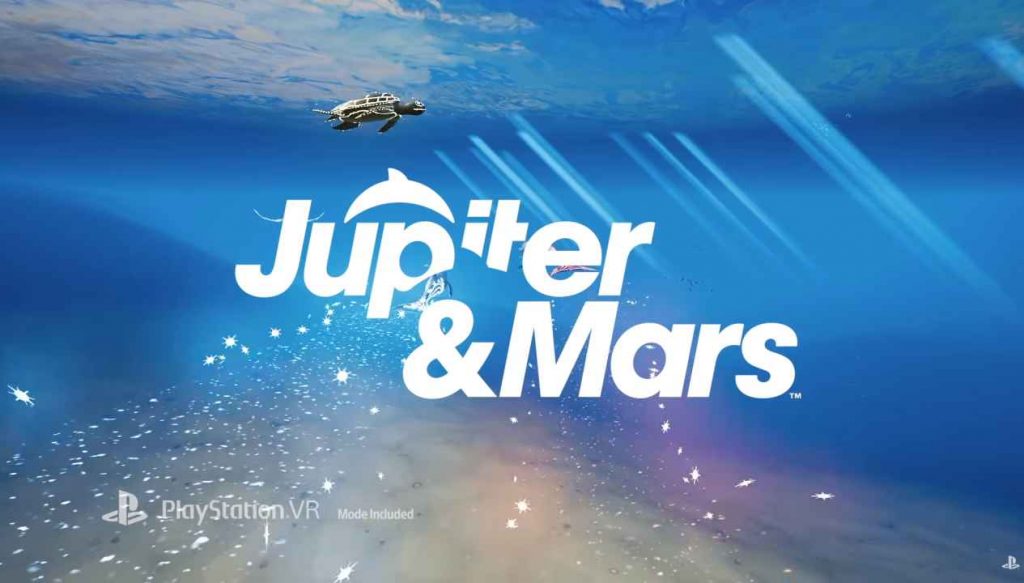 Jupiter and Mars is an underwater neon-tipped adventure about two dolphins who set out to save a dying planet that has been devastated by excessive pollution and global warming. The game was developed by Tantalus and Wicked Witch and published by Tigertron, with Sea Legacy and The Ocean Foundation acting as consultants and partners. A portion of the proceeds generated from sales of the game will be donated to ocean preservation.

Jupiter And Mars Teaches The Importance Of Preserving Our Oceans

The “Earthwalkers” have abandoned the world they destroyed due to the fact that the oceans have risen so high that cities and landmarks are now underwater and no longer suitable for humans to live. Jupiter And Mars is a cautionary tale about what happens when we use the ocean as a dumpster and how our reliance on plastic is killing our wildlife.

You experience the game through the eyes of Jupiter while her sidekick Mars swims nearby at all times clearing passages and discovering treasures and hidden objects. Unfortunately, seeking out those hidden treasures do not add anything to your gameplay and seem like a waste of your time seeking them out. Throughout the game upgraded abilities become available which makes it possible to travel to areas that were previously unavailable.

Echolocation is probably the ability you will use the most. When employing it, the immediate area becomes lit up for a brief moment with important objects or hidden passageways highlighted. While there is no combat in Jupiter And Mars, when faced with menacing objects like jellyfish, your pulse ability will allow you to pass through them without taking damage. The pulse ability also allows you to rescue other sea-life such as turtles and crabs who are often stuck in plastic that litters the ocean.

The premise of the story is a simple one. You travel through five levels and must shut down the space station on each one that is causing harm to the creatures that live there. Along the way you explore and interact with various objects but unfortunately, Jupiter And Mars becomes tedious and boring with the game’s wash, rinse, repeat formula that will make the five hour experience feel like an eternity.

Jupiter And Mars Is Better In VR

The game is much more interesting and easier to navigate while played in VR, but unfortunately for me, it’s one of those VR experiences that I could only take in small doses.

Despite the fact that Jupiter And Mars offers three different modes of turning, including head tilt, and snap turn, I found movement the biggest problem with the game. No matter what setting I used, navigation seemed like a chore and I often got stuck on objects that weren’t meant to be obstacles. Movement and camera angles were still problematic in non-VR but at least getting myself unstuck didn’t cause me nausea and dizziness.

The bright neon colors of the flora and fauna stand out amongst the murky water laden with garbage, but the overall art style and level design are not enough to provide an interesting canvas even in VR. While you occasionally find an iconic landmark such as the Statue of Liberty and a few large creatures, the underwater world seems to have been abandoned by more than humans which is not an ideal setting for an underwater exploration game.

Where Jupiter And Mars excels is the soundtrack. From quiet piano moments to big sweeping electronic beats that perfectly compliment the scenes and emotions the game is trying to convey, it’s just too bad the actual gameplay doesn’t match the pace and depth of the soundtrack. On the plus side though – dolphins, who doesn’t love dolphins.

At times Jupiter And Mars delivered an interesting and calming adventure with an important message, but the lackluster gameplay and basic level design makes for a rather forgettable underwater journey.

Review code was generously provided by the publisher.

Jupiter and Mars is now available on PSN and can be played entirely in VR on the PSVR or non-VR on a standard or Pro PS4.

Jupiter And Mars has good intentions to educate against the havoc pollution and global warming are causing to our ecosystem, unfortunately, good intentions do not compensate for occasionally boring gameplay and uninspiring levels.