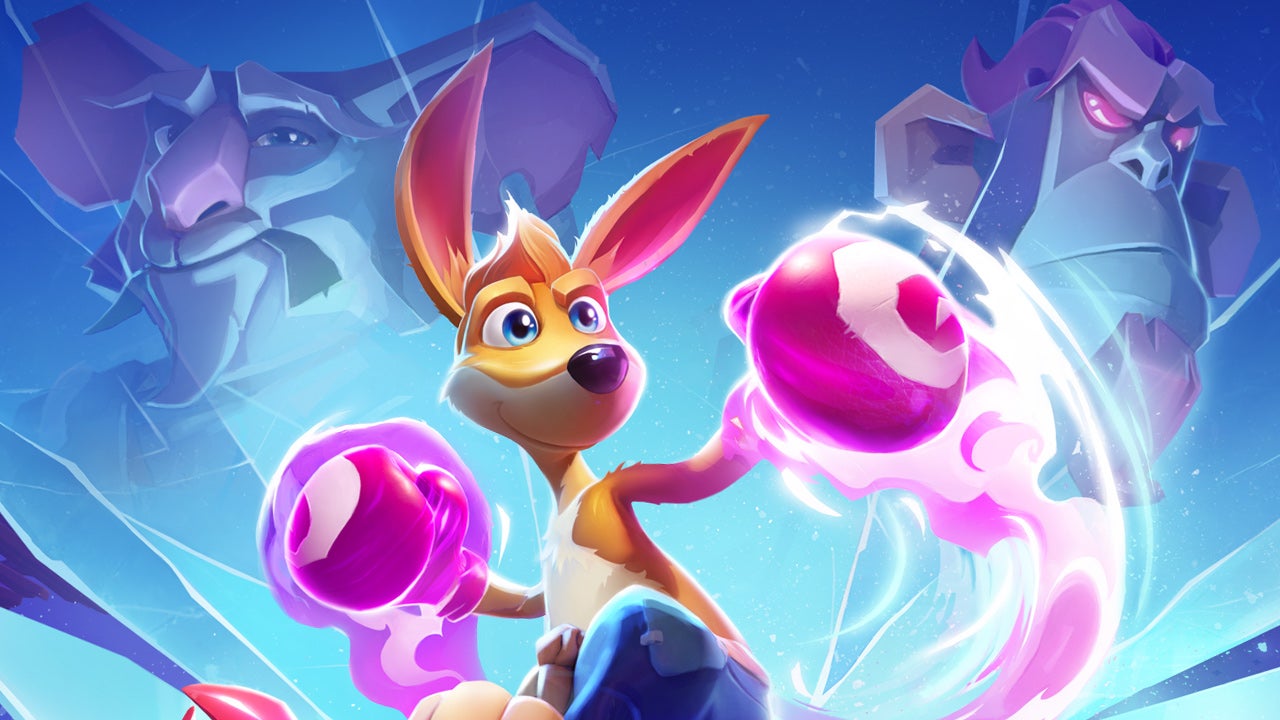 Kao The Kangaroo PS5 Review. There’s something oddly comforting about Kao the Kangaroo. Back when there were more mascot platformers than reality shows, you’d get a whole host of anthropomorphic dudes and dudettes collecting shiny tokens and bopping the local wildlife with the same fervor as they did for goblins and giant killer plants.

Kao the Kangaroo was there 22 years ago, and has returned with a brand new adventure that honestly surprised me to discover wasn’t a remaster of an older entry. Surprises both good and bad there. Kao the Kangaroo 2022 acts as a reboot of sorts, going back to the origins of the less-famous shorts-wearing marsupial in the world of platformers and his mystical boxing gloves.

Yes, Kao inherits a pair of powerful gloves from his father, who has mysteriously vanished, spurring Kao to go in search of him to spark the game’s story. It’s decent seasoning for the game itself, but hardly a compelling reason to make progress. That comes from the natural, familiar rhythm of platforming Kao has.

A Familiar Mix Of Exotic Locations, Collectibles, And Platforming

It could be rightly claimed that Kao the Kangaroo is a game that hasn’t moved on from the heights of the past, hence my own surprise that it wasn’t just a remaster. In the game’s defense, I don’t think it’s trying to be anything but a throwback to yesteryear. With that in mind, Kao the Kangaroo can be viewed more favorably. 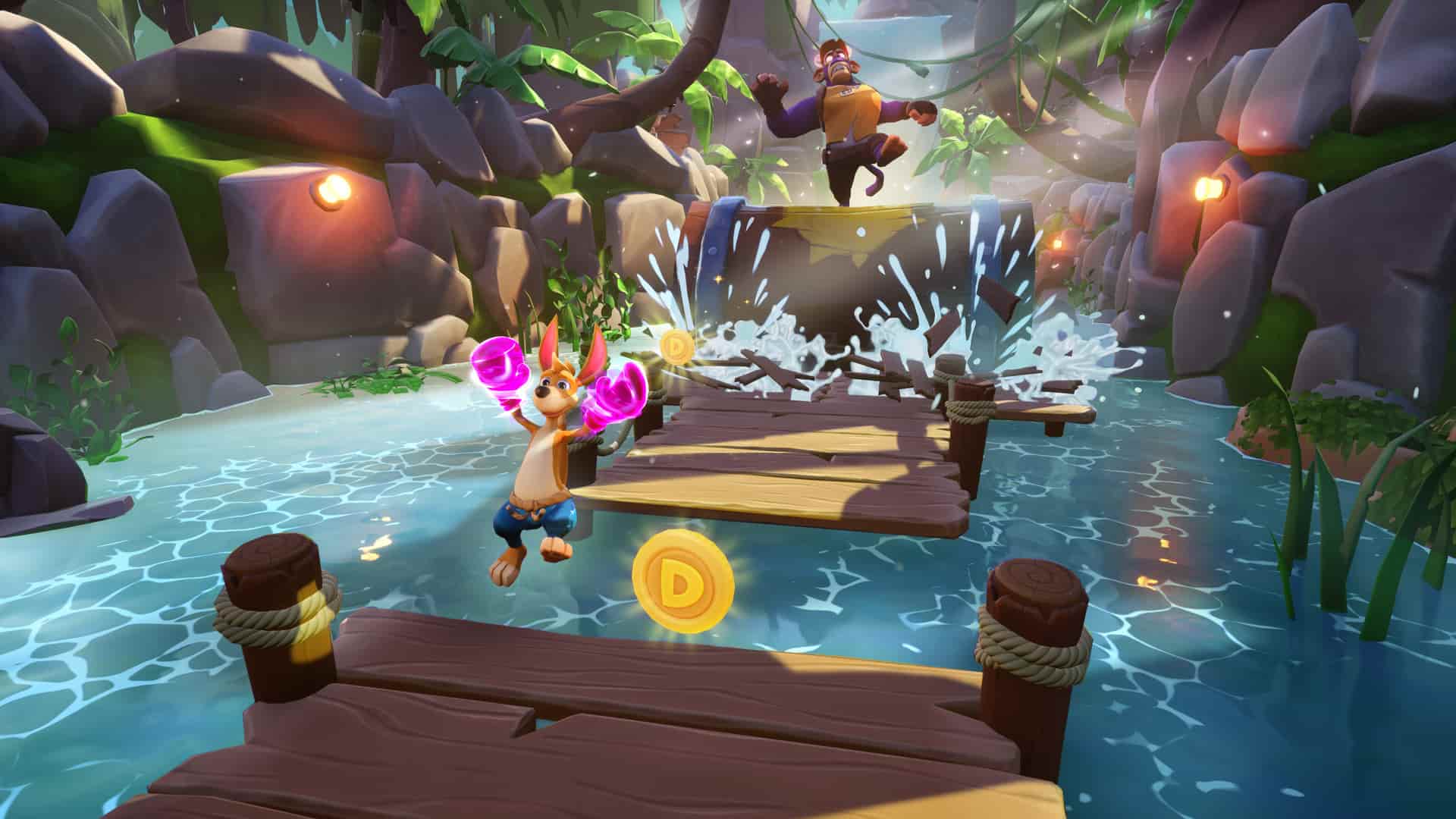 Take the opening areas. They’re all typical forest and beach locales, with runty enemies and a nice n’ breezy collectathon to kick off. If you’re of a certain age, you might remember playing a friend, parent, or sibling’s console, still new to games.

Chances are you had a game like Kao where the opening stages were played on repeat because they felt safe, jolly, and fun. The truth is, it doesn’t matter what animal in trousers represented your platforming youth, that opening welcome of sunshine and critters is almost a universal experience. Kao could well be that for a new bunch of young’uns.

I suppose that makes Kao a difficult one to talk about because what it does has been done many times over for longer than almost any other genre. So it comes down to what it does and doesn’t do well with that well-worn template to determine if this is a fruitless throwback or not.

For starters, Kao plays a decent game. Perhaps a little lightweight in terms of movement, and not tight enough in certain instances, but it’s a pretty solid platformer. Thumping enemies with Kao’s magical boxing gloves has the necessary impact, and the platform-to-platform leaping rhythm has that wonderfully hypnotic quality when it finds its flow.

I will say it maybe leans a little too hard into embracing retro feel with some questionable aiming, but rarely does it hamper the game to any significant degree. 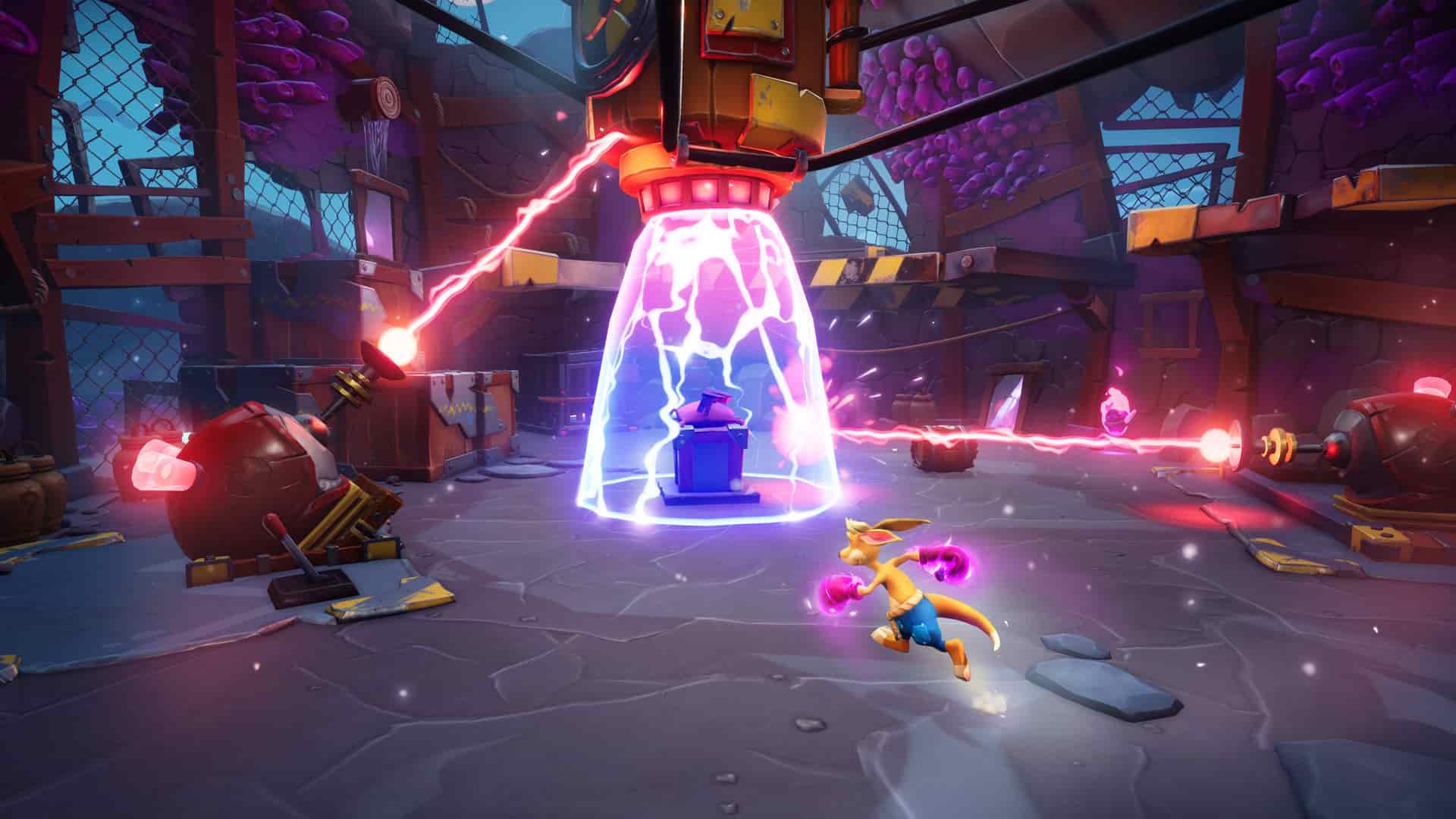 There are some smart moments in terms of level design where the full toolset Kao has is utilized to overcome some tricky obstacles, and generally speaking, Kao the kangaroo is generous with how it doles out health top ups, so it’s a rare thing to find yourself in any great peril. The ride is an enjoyable, if largely unchallenging, experience.

Boss fights, however, are surprisingly tough. At least when compared to the rest of the game. They follow the same rulesets I expected of traditional platform game boss fights, but some drag things out way too long for the health Kao has available. They’re beatable challenges, but too many are slogs that really upset the otherwise smooth flow found in the rest of the game.

I touched upon the story before, and while I don’t think it’s a particularly important asset to what the game does well, it could so easily be more engaging with more fluid integration into the game. Even then, the voice acting is hit and miss.

Kao comes across as a whiny child rather than a burgeoning warrior, and support characters mainly fit in the bargain bin knockoff Dreamworks films mold. Not terrible, but utterly bland and lacking in personality. 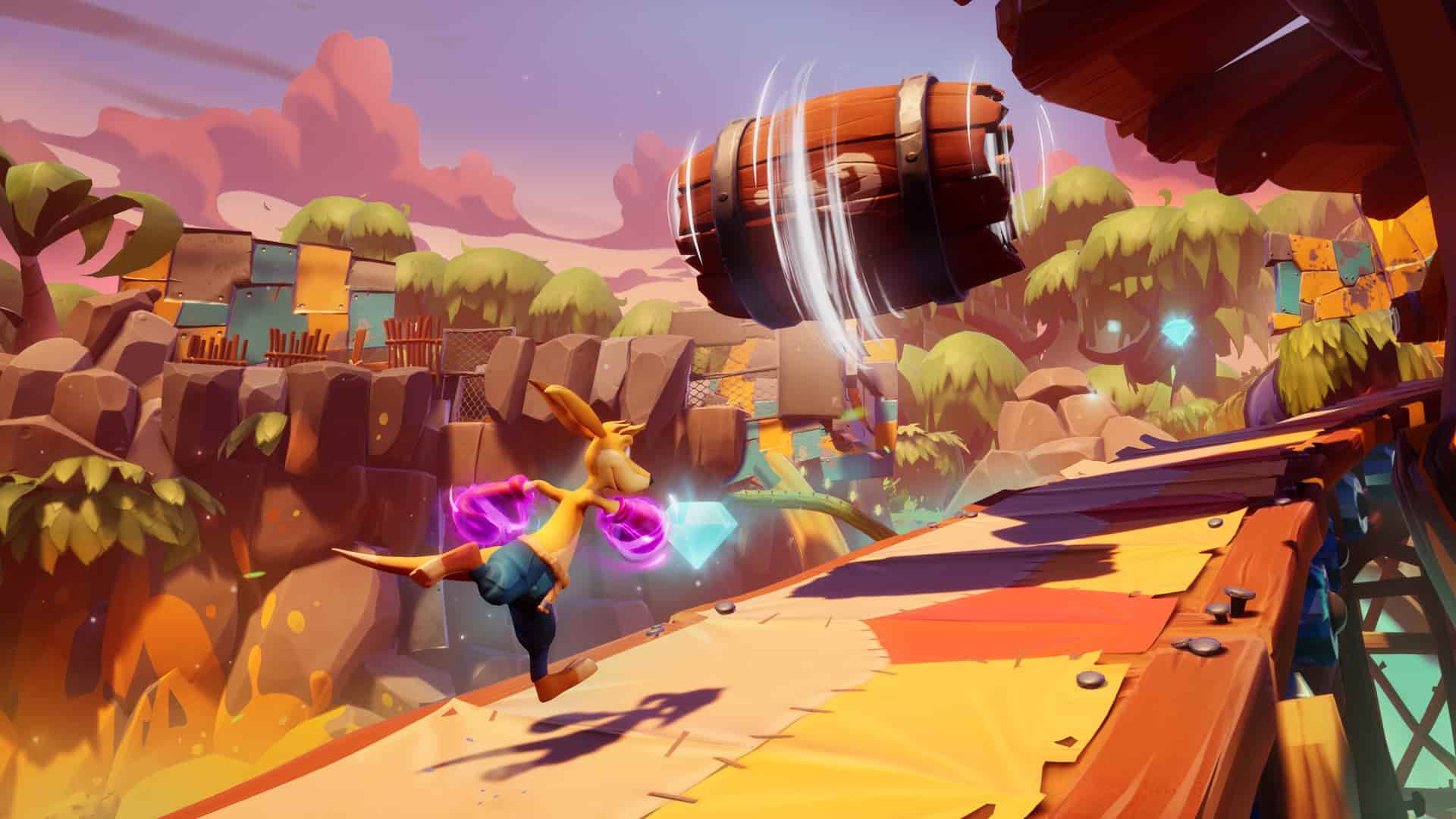 I think this has a knock-on effect for Kao’s visuals. In isolation, I’m quite delighted with the vibrant, solid world and character design that truly gives off a favorable aura of nostalgia. It’s pleasingly inoffensive. Unfortunately, the voice work makes it seem cheap and formulaic. At least it runs pretty smoothly on PS5.

Look, if you’re hankering for a simple platforming throwback then Kao has the formula nailed down better than a fair few modern attempts we’ve seen. In many ways, Kao is a refreshing kind of nostalgia act because we simply don’t get many decent platformers in the modern age of gaming. I just feel a touch disappointed it doesn’t quite stand out as it should in any one department.

Kao The Kangaroo is out now for PS5, PS4, PC, Nintendo Switch, Xbox Series X/S, and Xbox One.

Kao the Kangaroo is a fairly decent, if unspectacular, platformer that harks back to a golden age of the genre’s 3D era in many ways. Sadly, it falls short of being a notable addition to a heavily stacked part of gaming’s history. That could well be its strength when it inevitably becomes an unexpected platforming touchstone for a new generation of young gamers in the way Croc, Gex, Crash, et all did for previous ones.