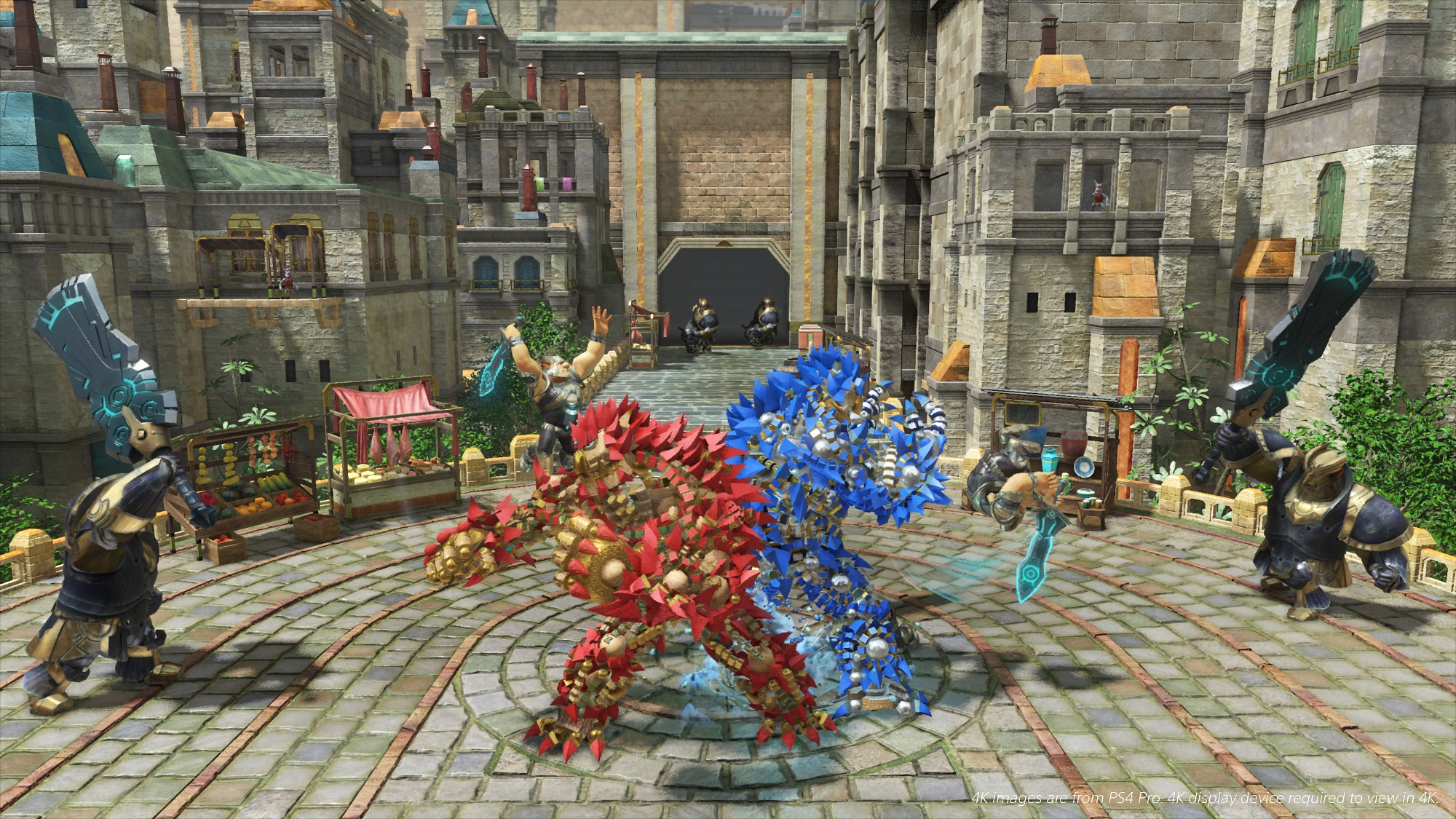 Be it a game, a movie or an album, it’s the quality of the original that usually justifies a sequel. In the case of Knack 2, however, this is all turned on its head as many would argue that the original game didn’t deserve a sequel. Nevertheless, for all its well-documented failings, including being too difficult and a storyline that was incredibly dull, it was an original platformer with plenty of untapped potential. Mark Cerny, the director of both games obviously saw this opportunity and clearly felt that Knack deserved a second chance to redeem itself.

As far as Knack 2’s storyline goes, not too much has changed from the concept of the original. You play as Knack, a sentient organism created by humans to aid them in their fight against Goblins who are trying to take over the world. In Knack 2, you continue the theme of doing battle with goblins, only this time, instead of simply fighting off bog-standard goblin, Knack tackles High Goblins who have more brains and brawn than that of their ‘lesser-spotted’ cousins. In fact, these High Goblins are a relic from an age-old war between humans and goblins in which the High Goblins created robots to do their bidding. Essentially, Knack 2 sees this long forgotten war reignited with you doing battle against both High Goblin and robot adversaries.

Unlike the original game, where Knack would gradually grow in size as he collected relics throughout each level, to then only give them all up just to progress. Knack 2 has improved upon this idea by allowing him to swap between being small and his larger self, incredibly useful for when you are presented with clambering up a wall, or crawling through a vent: simply press the resize button and Knack alters his size. Upon completing one of these sections, you simply regain all your relics left behind and carry on.

The original game only allowed Knack to repetitively punch, then kick, and then punch enemies over and over again. Thankfully, Knack’s combat repertoire has been substantially improved this time around. Equipped with a whole new host of moves to learn and upgrade, which include flying kicks, super strong punches and the use of a boomerang, the game’s combat aspect is far less monotonous and much more engaging than the original. Even vehicles such as tanks and robots can be used to overcome your foes. Battling enemies also helps Knack’s development as with each enemy you defeat, you unlock relic points that can be put towards learning new skills as well as upgrading old ones. Knack’s arsenal is not just offensive either as he comes equipped with two shields; a normal shield that deflects projectiles and a magic shield which protects against all forms of damage. This shield can be powered up by destroying yellow crystals scattered throughout each level. If you happen to smash an orange crystal however, Knack briefly becomes invincible allowing you to reign down havoc upon everything in his way.

Additional attacks and abilities can also be used when the environment permits. Players will often find blocks of ice and iron dotted throughout each level, which when smashed release hundreds of smaller chunks that Knack can utilise in various ways. Not only does his overall health increase, new attacks and new ways to solve puzzles come into effect. No more waiting for that timed lever to tick back into place; just use Knack’s ice breath to freeze it into position. Exercise it on enemies as well to hold them firmly to the ground, leaving them wide open for a swift kick.

Aside from battling killer robots and Goblins, there are a vast amount of puzzles to solve which employ all the mechanics found in the game. From conducting electricity using your iron parts, to freezing platforms in place, each and every puzzle is well thought out and challenging. There are even secret areas hidden within each puzzle that reward you for your extra efforts. These rewards come in the form of gadget pieces and relic parts. Collect all of them and new abilities are unlocked (such as a second life if you happen to fall off stage), including upgradable Knack costumes.

Aesthetically, Knack 2 is far more impressive compared to the original, with vibrant levels and colourful backdrops to explore; you will find it hard to believe you are in the same universe as the first. Unfortunately, the design of the human characters is somewhat lacking, as they seem to have been plucked straight from the first game. Aside from this minor niggle, the game is stunning and well in keeping with current-generation visual capabilities.

Cooperative play has also been improved in Knack 2, allowing for another player to drop in and out of play at any time. There are also a number of abilities that can only be used within this mode, such as sharing relics which allow one character to become bigger than the other, and also combining attacks to produce one hugely damaging super move. This is a vast improvement from the original game as co-op play feels like the best way to enjoy Knack’s new adventure.

After completing the main story, more ways to play are unlocked such as time attack and high score mode. These modes see you racing against the clock to get the quickest time, getting from point A to point B or by achieving the highest score battling swarms of enemies. Having completed all of them myself, I can say they are not easy, but are quite fun nonetheless. Another addition is the inclusion of specific level challenges such as getting a high score, defeating an enemy whilst taking no damage and finding all hidden boxes. With all these extras it really increases the replayability of Knack 2.

For any original PS4 owners, Knack 2 comes with an option to lock the game’s frames per second at a steady 30fps. I found this to be incredibly laggy and not necessary, even in co-op mode (without the 30fps lock) the game performed perfectly and ran silky smooth. PS4 Pro owners however will not be given this option, as it will run like a dream with the additional horsepower. My suggestion is just to leave this option off.

Overall, Knack 2 is a triumph. Leaving its predecessor’s legacy far behind, Knack has seriously grown up and become the platformer we deserved all along.

Leaving its predecessors legacy far behind, Knack has seriously grown up and become the platformer we deserved all along.