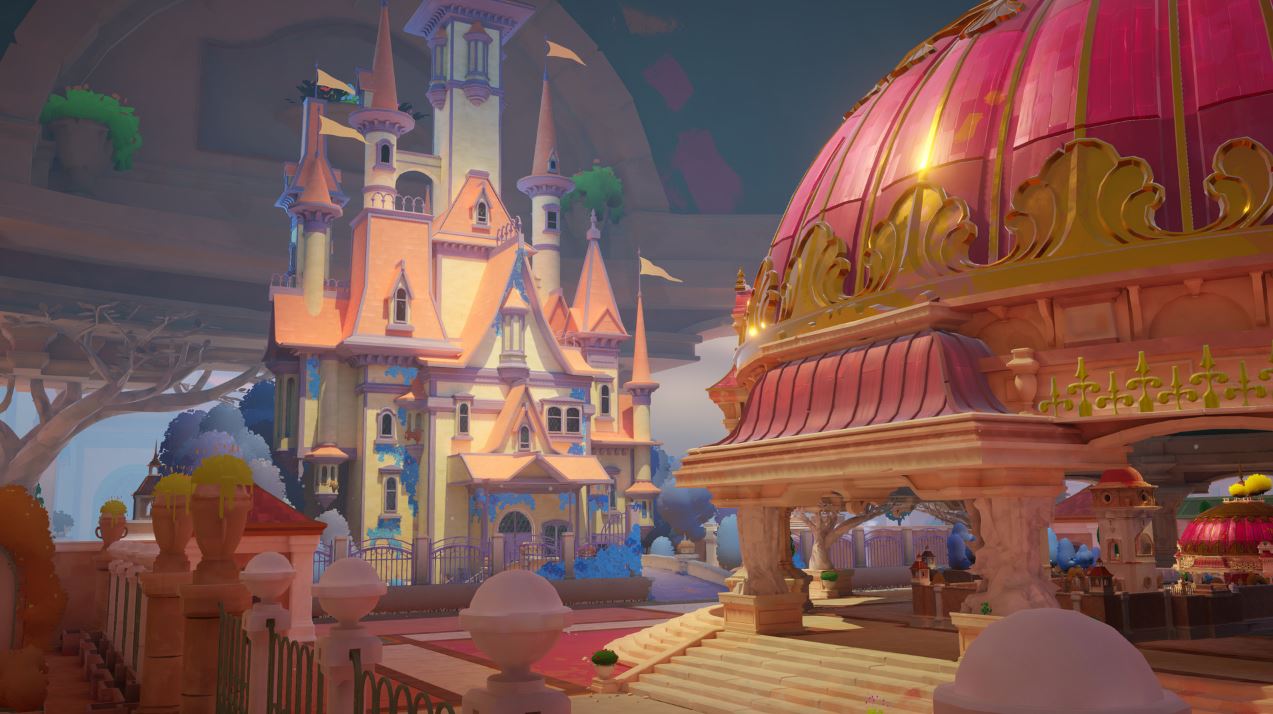 Maquette PS5 Review – Maquette is a complex, complex game working on multiple levels and asking you to think about three different levels to a puzzle at once, but Annapurna Interactive hasn’t put out a single bad game yet and continues that trend with Graceful Decay‘s first title.

There are moments when Maquette straight up blew me away and did things that I never thought were even impossible from a puzzle game perspective, thanks to its unique recursive mechanic and ability to interweave its narrative and gameplay.

A Tale Of Two Souls In A Shared World

Maquette is a hard game to try and describe so I am going start off by telling you how the experience is presented as a whole. Maquette is at its core a puzzler about exploring a diorama and using objects in the environment to find ways to access new parts of the environment or open a variety of locked gates and doors.

But, if you look outside the playable area, you will see that it is replicated endlessly again and again and again, increasing in size, getting bigger and bigger, creating a never-ending recursive environment, accented by a massive pink dome in the centre to keep you orientated. This can best be seen in the image below where the house and environment is replicated behind each other. 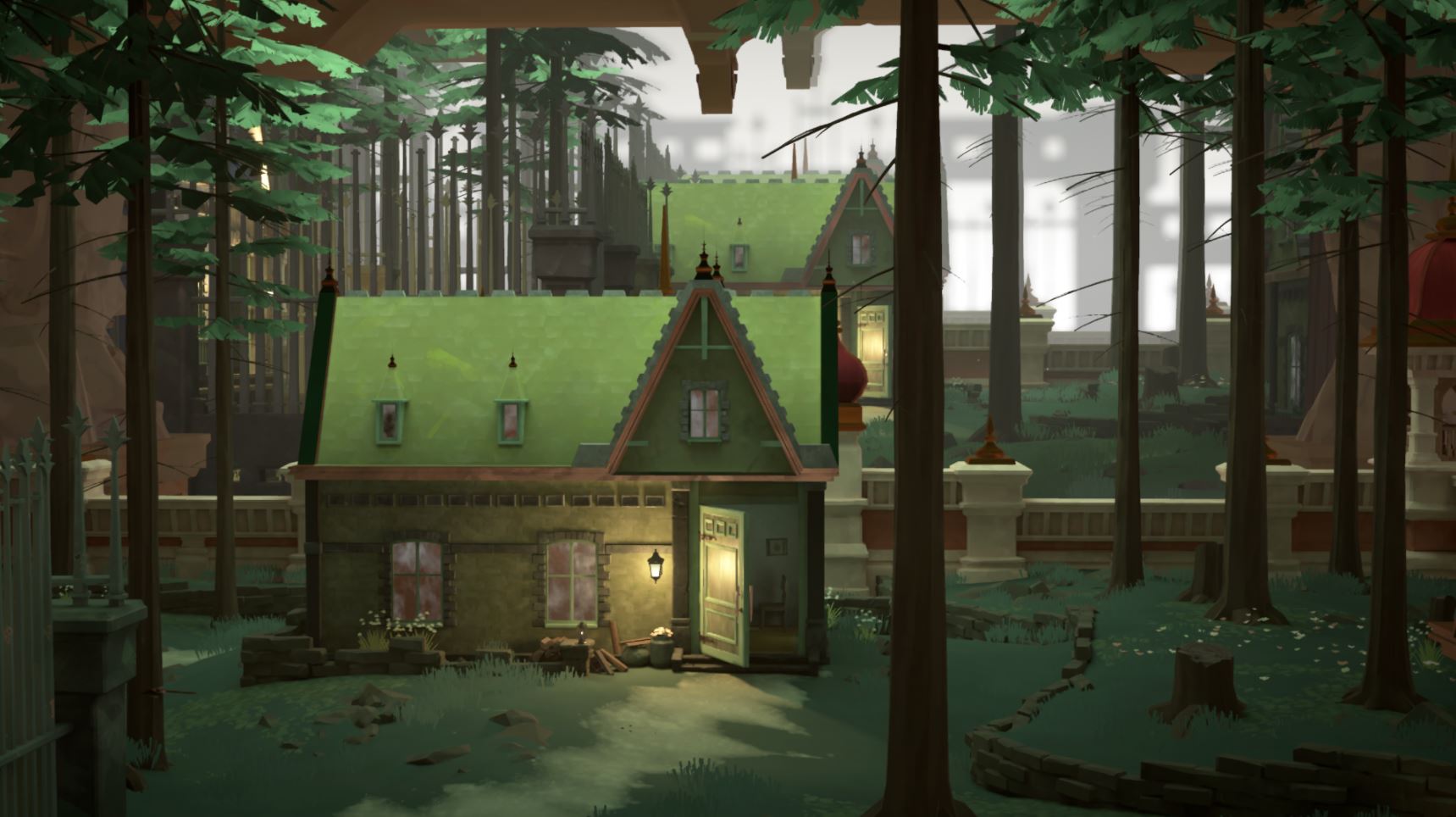 This creates a stunning environment to explore and gives the game a regal atmosphere, which is helped by the gorgeous pastel color scheme painted throughout the world. Everything is pristine, posh, shiny, and feels like it has been perfected. Seeing a house replicate behind itself over and over for miles and miles leads to some jaw-dropping moments where you can’t quite believe what you are seeing.

The environments in Maquette add to this by representing the locations and moments from Kenzie and Michael’s relationship, such as the fair they went on a date to or the street where they lived together. The excellent voice work from Bryce Dallas-Howard and Seth Gabel does wonders at making you truly invest yourself in Kenzie and Michael’s relationship and they both do a fantastic job. The fact that they are a real couple likely helped.

Thinking From More Than One Perspective

So, how does this recursive environment affect and play into the puzzle mechanics of Maquette? Spoilers: it is integral and what helps Maquette stand out from anything that came before.

But, there is more to it. As the diorama in the middle is smaller than you, you can climb all around it and onto it to pick-up that smaller cube and then take it back into the playable space, where it has now changed size and retains the properties of when it was in the model. That cube then disappears from the environment (as you are holding it) until you place it down again where it returns to its usual recursive self. 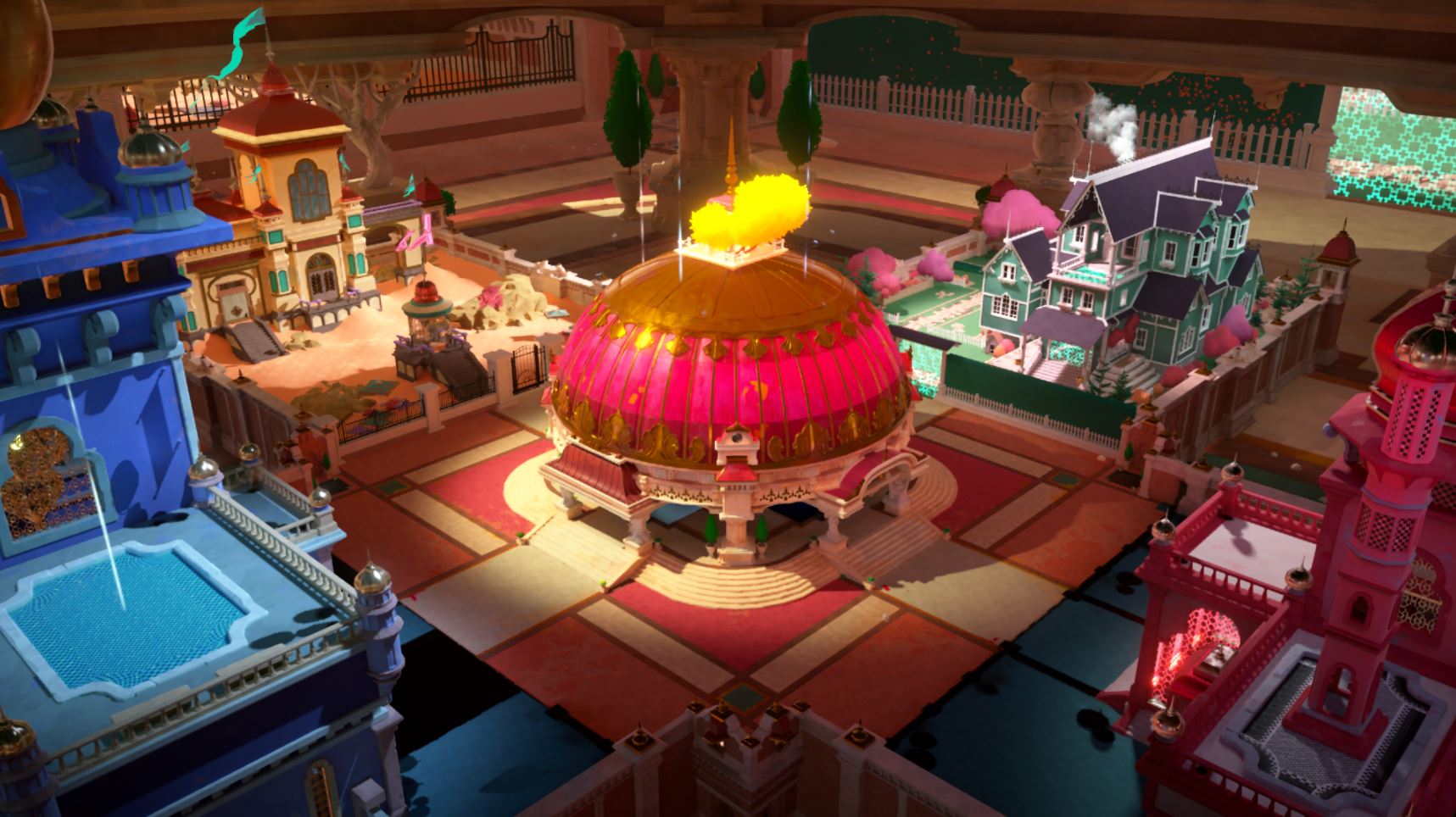 This forms the general puzzle format of Maquette. You shrink/enlarge yourself within the environment, or shrink/enlarge objects to create new pathways, open doors, and get you through obstacles that are blocking your progression.

The way puzzles work in Maquette is really quite hard to convey with just words, but a good example is at one point you have a pink crystal that needs to be fed through a hole in a building so that you can use it when you are inside. However, the hole is at the top of the building, unable to be reached. So, what you have to do is shrink the crystal by picking up its smaller recursive form and then put it through the hole within the model that is at the centre of the level. Upon returning to the location in the “normal perspective” the crystal will be there for you to use.

Other puzzles include shrinking keys to get them to the right size to open a door and using moveable stairs and bridges to access new areas, like being able to reach a set of raised vertical bars which you can then jump through when you move to the outer environment, where you are effectively an ant, exploring this huge playable space. The perspective is a bit like Obsidian‘s Grounded. 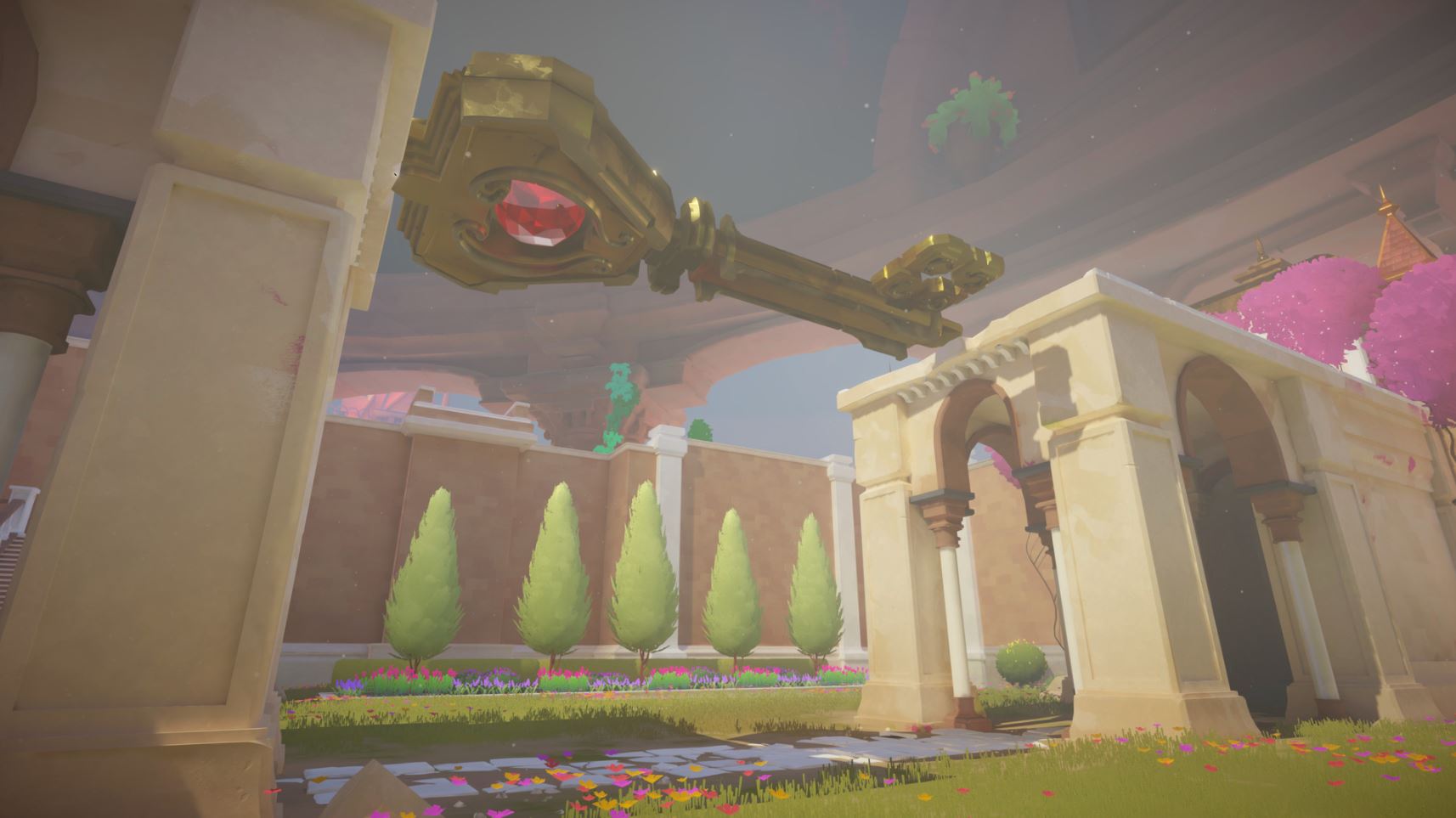 Maquette works because it uses these mechanics, evolves them just enough, and diversifies how you use them so well that everything consistently feels fresh, including in the final act of the game, which heavily changes the structure and format of the experience.

The first moment where you realise that you can shrink objects by picking them up from the diorama in the centre of the area is mind-boggling and blew my brain, forcing me to rethink everything I knew about game design and approach Maquette in a completely different way. The same can be said for when you first make it out to the much larger area, which literally feels like escaping a cage that had been confining you.

Graceful Decay even develops this structure more in the aforementioned final act which is fascinating. I don’t want to delve into it here, to save you the surprise, but although brief I would love to see the idea developed more in the team’s next game. There are a number of other great uses which I don’t want to spoil as discovering how these situations work is where the true magic of Maquette lies.

A Life Not Often Looked At

What makes Maquette another feather in Annapurna’s cap is how well the team behind the game interweave the story and mechanics here. The major third act shift does a great job of representing a turning point in Kenzie and Michael’s relationship in the environment with the location and structure of the world being torn apart and shaken up, leading to a sequence that is so perfectly encapsulating of how complex and challenging life can be that can only be truly seen to be believed. 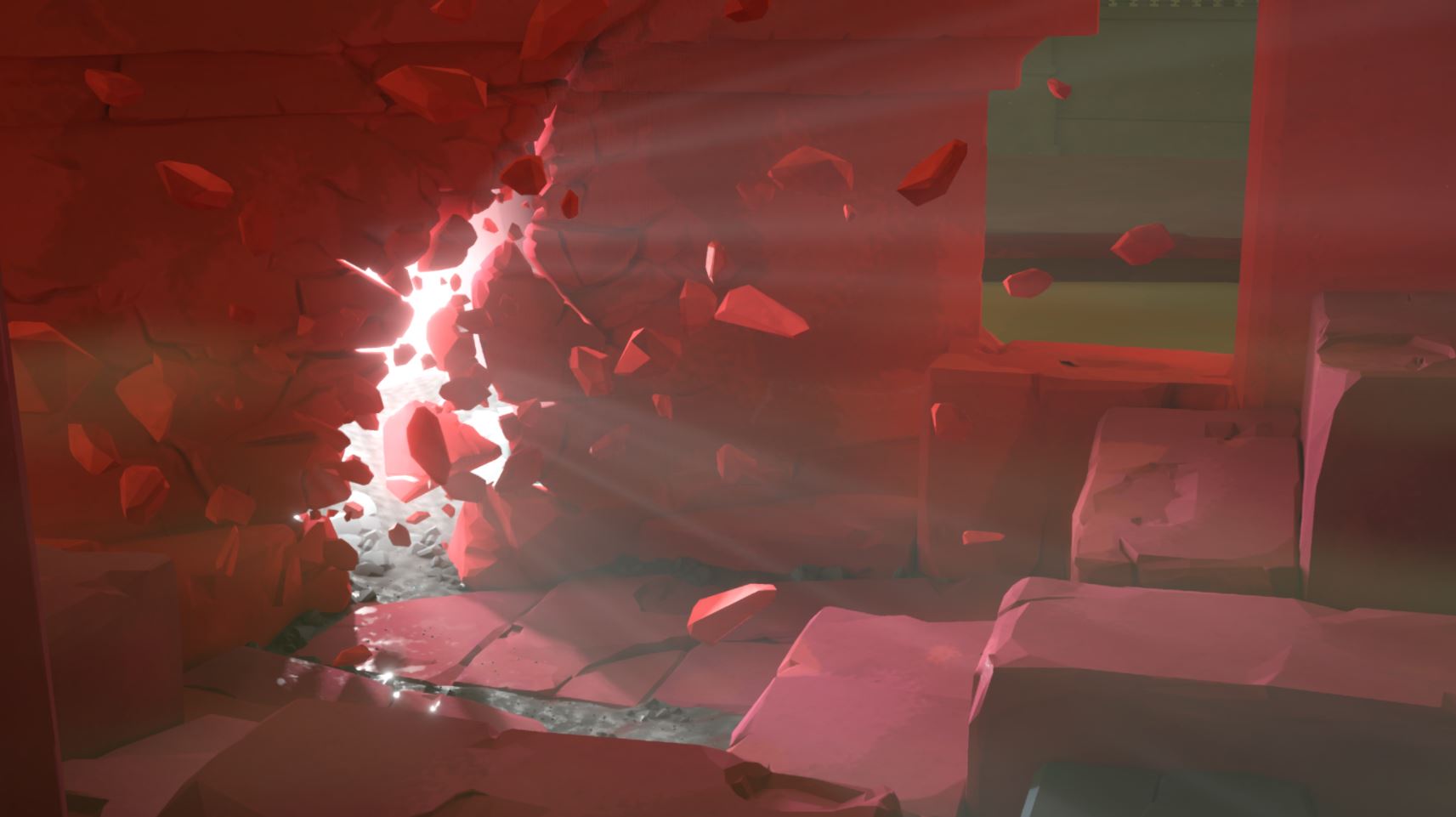 The many ups and downs of life and the connections we have to people are never as simple as they seem and Maquette is the first game in a while where that feels truly represented. It’s also just nice to focus on a relationship that isn’t toxic.

So many games feature friendships or relationships that don’t feel grounded in reality and are incredibly bombastic or just bland and boring. The moments that we truly experience, the small quiet parts that matter and even the bad moments of conflict are all reflected in Maquette perfectly on both a small and large scale, just how the game reflects its own environment.

Life comes with a whole storm of problems, especially when you bring another person into it and I adore Graceful Decay for how good of a job they have done at translating that into an encapsulating narrative experience.

Despite the praise I have thrown onto Maquette, it isn’t quite flawless. The game ran fine and although DualSense support is limited to non-existent (despite some good use of the Activity Cards), I found it didn’t matter overall. However, there are some fairly significant frame rate issues, whenever text appears in the world, written on walls or doors detailing Kenzie and Michael’s relationship. 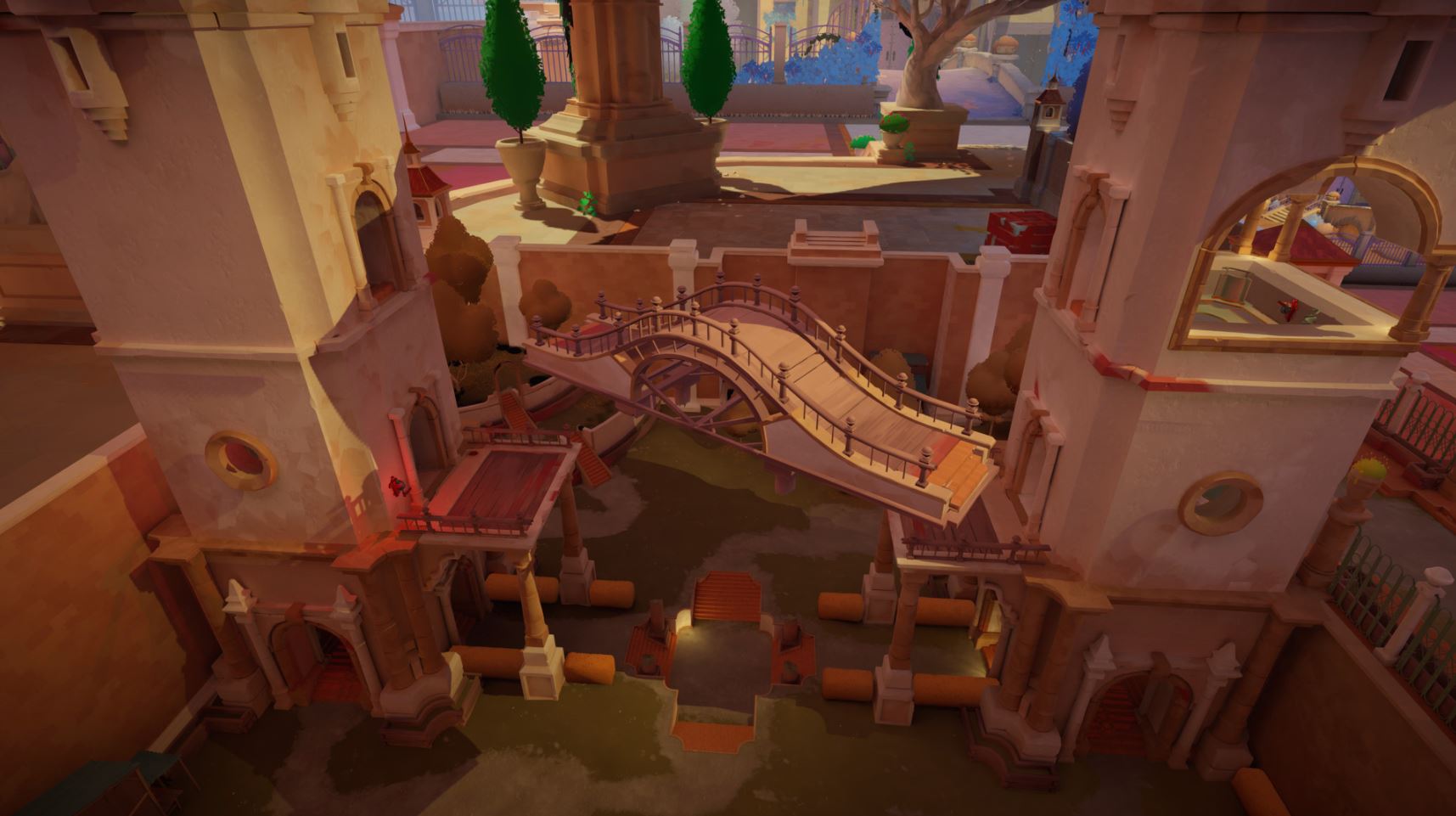 As the text was written on the wall the game would freeze up for like a split-second before jumping back to life again. It is nothing game-breaking but it happens every time (which is probably upwards of 100) and was noticeable enough to be annoying.

There is also one section of the game in the third act where you are placing blocks on a board, which has a number of towers and blocks already placed on it. Controlling where to place these blocks and having them do as you say is so unbelievably glitchy that it hurts what this final section is trying to represent.

The blocks you place will glitch around as you adjust them, getting caught on each other and can significantly tank the frame rate to a point where the game will just freeze, and the only way to fix it is to return the block to your hand and stop trying to manoeuvre it. Whilst easy to overlook when taking in the whole experience, it is a harsh blemish on an otherwise flawless experience.

As I have said many times in this review, Maquette is unlike anything else you have played before. It has unique puzzle mechanics, a puzzling and gripping main recursive ‘core’, and a narrative experience that anyone can connect with and is ingrained into every single aspect of the game.

Despite some frame rate issues and a technical issue in the final act (which I hope is fixed with a day one patch), Maquette is yet another mesmerising title from Annapurna, crafted by the excellent team at Graceful Decay. I can’t say enough good things about the game and I urge, URGE, everyone who reads this to play it.

Maquette releases for PS5 and PS4 on March 2, 2021, and is available at launch with PlayStation Plus.

Maquette is just fascinating. It is a game that has one central mechanic and ties it into a narrative not often told by games and media. That unique blend of challenging, but mind-boggling recursive gameplay, jaw-dropping set-pieces, and heartfelt narrative moments really crafts an experience that mesmerises and stuns at every turn and is another great title from Annapurna.