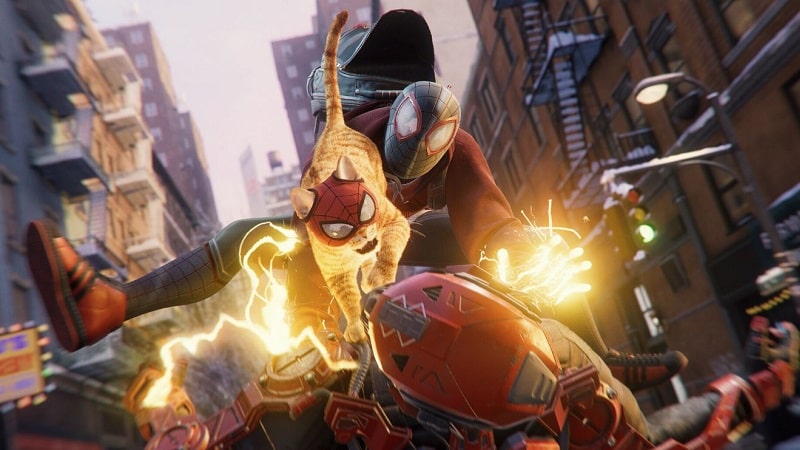 Following on directly from the events of Marvel’s Spider-Man Remastered, Miles Morales focuses in on its titular character, showing off his evolution from newly minted superhero to a veteran in his own right as an insidious new villain threatens to destroy New York in Peter Parker’s absence. To be absolutely reductive for a moment, Marvel’s Spider-Man: Miles Morales is ‘simply’ just more Marvel’s Spider-Man; the combat is largely the same, as are the superb traversal and open-world elements. However, where Miles Morales arguably supersedes its predecessor is in how it executes the various facets of its award-winning design while weaving a more emotional and satisfying story. 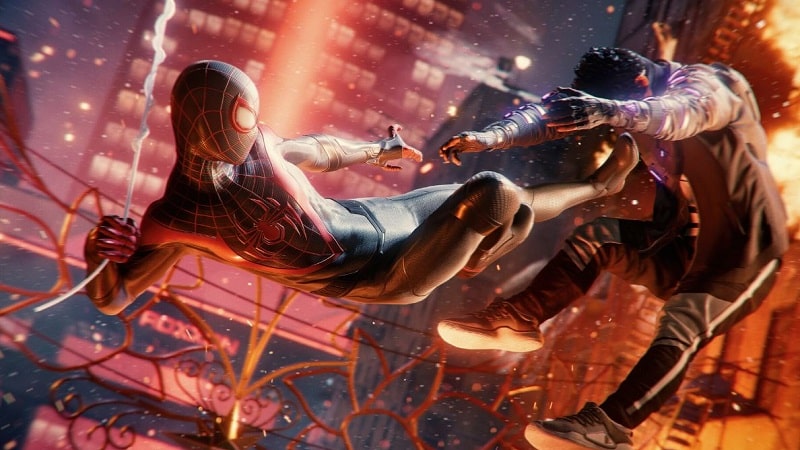 First up, the combat has seen something of an upgrade in Marvel’s Spider-Man: Miles Morales. Thanks to Miles powerful new Venom attacks which in turn augment the rest of his attacks and abilities, our new neighbourhood Spider-Man can now unleash stunning attacks on much larger foes and create sizable areas of AoE (Area of Effect) damage as he smashes up his enemies. Certainly these new Venom attacks add an all-new dimension to combat that make Miles Morales feel sufficiently improved over its predecessor in this regard. Oh and you can also enlist a friendly Spider Bodega-Cat to help knockout your enemies too, which is obviously brilliant.

When it comes to the traversal side of things, Miles Morales sees similar improvements too. Not only does traversal feel a fraction more snappy than it does in Marvel’s Spider-Man Remastered, but there are a much wider range of tricks that Miles can pull off, all the while his newfound Venom power can be used to augment his web-swinging acrobatics yet further still. In essence, Miles Morales doesn’t just feel like a costume swap for Spider-Man from the previous game, but rather a unique protagonist in his own right with his own style and way of doing the whole superhero thing on his own terms.

Elsewhere from a design perspective, the veritable avalanche of side activities and overall busywork has been pared right back, making Miles Morales feel a lot less bloated than it did before, yet still providing an ample amount of challenge and additional non-story tasks for the player to tackle should they so wish. Once again, New Game Plus modes and the evergreen incentive of collecting tokens and completing certain side missions to unlock new Spidey suits remains as compelling as ever, and still prove to be legitimate reasons to keep playing Miles Morales long after the credits have completed their roll. 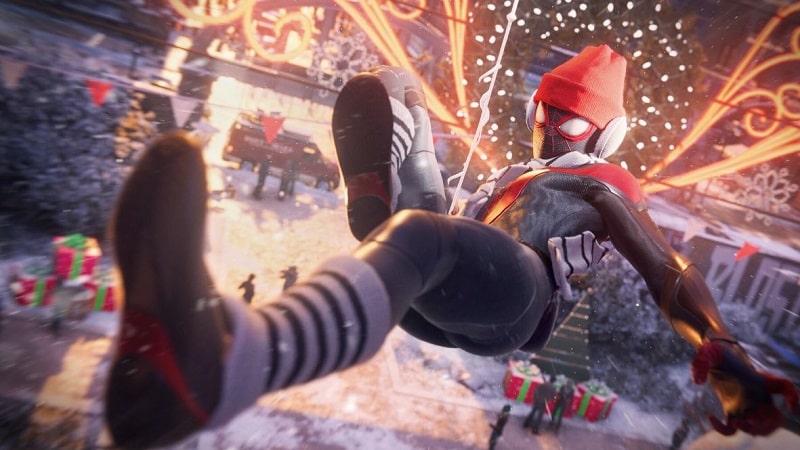 Though the design of Marvel’s Spider-Man Remastered feels suitably iterated upon in Miles Morales, so too does the story and the characters therein also feel similarly improved over the previous entry in the series. Miles Morales himself is simply a whole lot more interesting to play than Peter Parker, thanks in no small part to his wider family unit and the fact that Miles is seen to struggle with many of the aspects of being a superhero that Mr. Parker has long since made peace with.

Pointedly the story feels more compelling too. Whereas in Marvel’s Spider-Man Remastered it was largely obvious who the villains were and much was foreshadowed about their fall to the dark side, Miles Morales instead takes a different approach – crafting an antagonist that blurs the line between hero and villain and is utterly steeped in tragedy as a result. 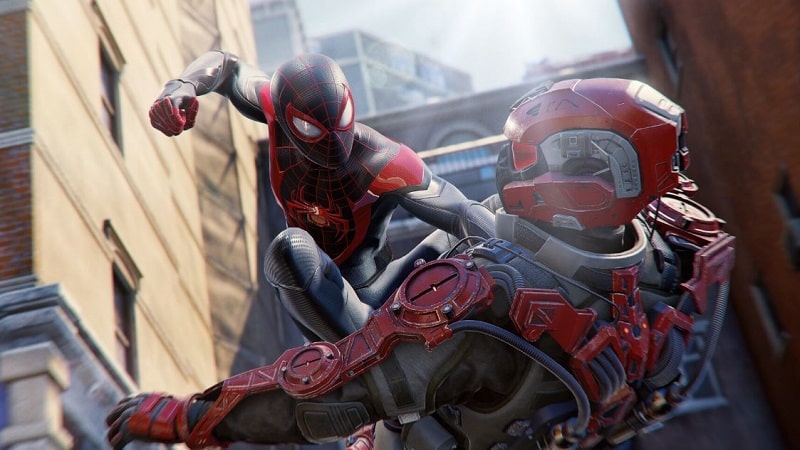 On PS4 and PS5 Marvel’s Spider-Man: Miles Morales was better in just about every way when compared to its immediate predecessor and that notion still holds true in its leap to PC. Buoyed by a raft of PC exclusive technical upgrades and its inherently improved combat, better story and trimmed open-world, Marvel’s Spider-Man: Miles Morales effortlessly cements its place and supplants its predecessor as the best superhero game on PC.

Marvel’s Spider-Man: Miles Morales is out now on PS4, PS5 and PC.

On PS4 and PS5 Marvel's Spider-Man: Miles Morales was better in just about every way when compared to its immediate predecessor and that notion still holds true in its leap to PC. Buoyed by a raft of PC exclusive technical upgrades and its inherently improved combat, better story and trimmed open-world, Marvel's Spider-Man: Miles Morales effortlessly cements its place and supplants its predecessor as the best superhero game on PC.