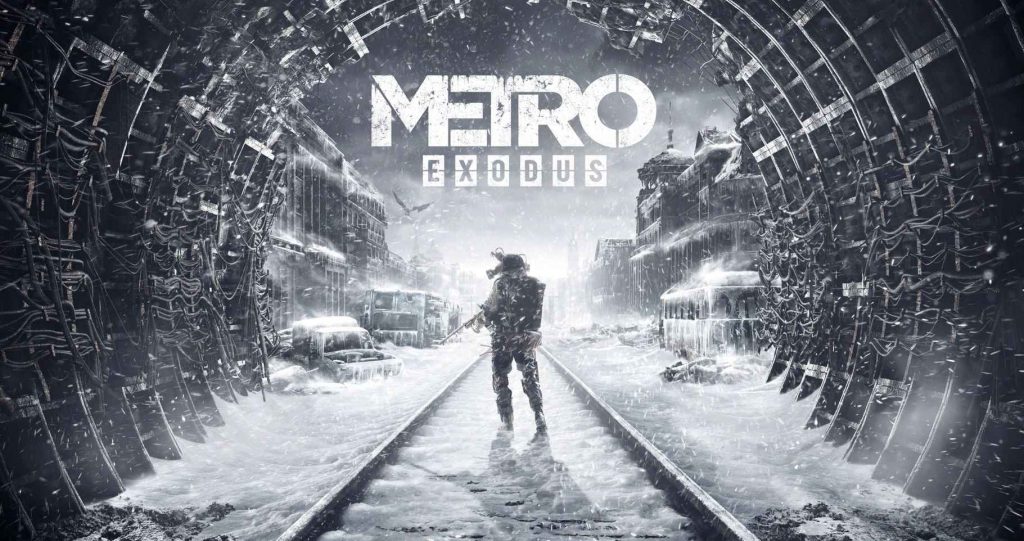 The first few hours of Metro Exodus was a bewildering experience for me, as a fan of the series. Gone are the claustrophobic tunnels and dark, dank pathways of the Metro, in favour of large, open landscapes and bright sunshine found above ground. There is no mention of the mutants that were so prevalent in the first two games and surviving during combat is a lot harder than in 2033 and Last Light.

These are drastic changes to the series. But throughout the game, all of them leave their impact, add a whole new dimension to the Metro franchise and create an enjoyable twenty-five journey across post-apocalyptic Russia. However, it is a shame that the achievements of Exodus and the innovations it makes to the series comes with the sacrifice of some of the aspects the Metro series is beloved for.

As mentioned above, mutants are not the focus of Exodus’ story. Instead, the characters from the previous two games, such as Anna and Miller, are the focus of Exodus’ year-long expedition across Russia. The decision to leave the relatively safe confines of the Metro comes from Artyom wanting to find a home above ground that is safe to live in, away from the mutants that scarper through the tunnels and the radiation that makes every breath life-threatening. Whilst searching above the Metro they come across a giant steam locomotive called The Aurora, which allows them to travel across the ruins of Europe in search of that destination.

That narrative’s theme of hope for something better remained enticing throughout the game, especially after a few key plot points mid-way through. 4A Games’ decision to focus on the characters of the Metro world allows them to flesh long-time characters such as Anna out, adding depth and personal connection that feels natural for the first time in the series. I loved the focus on characters and it was a joy to see some of my favourites get more of a focus than they had in the past.

Because the game takes place over a year, the narrative isn’t continuous. You don’t see everything these characters do and achieve. Instead, you, as Artyom, hop into their lives at specific points, witnessing notable moments in their journey on The Aurora. This works well for the most part, as it was always exciting to see what the characters had been up to in-between the time-jumps segmenting the game’s levels. I especially grew attached to seeing how the lives of Katya and Nastya (a mother and daughter you save early on in the game) improve as the game progresses. All the characters come together regularly and converse about their thoughts and beliefs making the crew of The Aurora feel like a group of close friends.

Exodus’ Open Environments Are A Joy To Explore

Another big change with Metro Exodus is that the classic level structure has been abandoned. Instead of ten to fifteen linear levels, Exodus features six much larger levels, which Artyom can explore. Cutting that number in half may ring alarm bells for some people, but there is no reason to worry. All of these levels are incredibly satisfying to explore and wander through.

Three of the levels are massive and incredibly detailed, letting me spend upwards of five hours searching every corner of the land using Artyom’s physical hand-held map. Those three levels: The Volga, The Caspian, and The Taiga all have their own unique atmosphere and character to them making each journey into a new part of Europe feel fresh and exciting. The Volga’s, snow-filled warehouses and abandoned train cars allow you to sneak by enemies, whilst the open desert of The Caspian allows you to act in a carefree way as you drive over mutants in the Burkhanka car. The other three levels channel the linear approach of past games, carrying you along a specific path, but being much grander and longer than anything seen in the series before.

Every level also has its own narrative to tell, with unique characters. I particularly enjoyed the story of a cult that had formed in The Volga, retreating back to almost barbaric roots and fearing any kind of modern technology and electricity. Similarly, to The Aurora’s crew, 4A Games manages to add a level of depth to these side characters, a depth that goes beyond anything they have accomplished before.

Beyond those characters, each level is packed with monster nests and bandit hideouts that house upgrades for Artyom’s weapons and gear. Notes from survivors of the nuclear war, revealing the struggles they faced and what happened during their final moments can also be found and add to the excellent environment storytelling in Exodus. These tasks never felt like checking items off a list, as they only appear on Artyom’s map once you have stumbled across them, Instead, every new discovery was exciting as I naturally came across these locations out of my own curiosity, rather than being told where to go.

I absolutely loved my time in these levels and believe each one has its place in the game. However, these expansive and open levels lost the tight, confined survival-horror tone that was present in Metro 2033 and Metro Last Light. Instead, they feel more like Bethesda’s Fallout titles, giving you a giant expanse to search at your own pace and leisure. That isn’t a bad thing at all as I loved them, but fans who are expecting the levels of Exodus to be similar to those found in the last two games are in for a rude awakening.

The more traditional linear levels don’t even bring that tone back completely. Each level does have glimpses of that eerie tone, when it comes time to push the plot forward, but there isn’t much of it. However, the game’s final level leans heavily on the nostalgia of that classic Metro feel everyone loves, providing a perfect two-hour finale that may just be one of my favourite video-game levels in a while. But, by the time I had completed the game I wished there was just an hour or two more of the survival-horror that made me fall in love with the series in the first place.

The Beautiful And Deadly Russian Wasteland

Transitioning to the open landscapes above grand does allow 4A Games to provide us with some beautiful scenery and a level of visual fidelity and polish that is remarkable. To put it bluntly, Metro Exodus is a gorgeous looking game. The vistas are like something out of a postcard. I constantly found myself stopping to look at the wide oceans and foliage-filled mountains in the distance.

When looking at objects up close, the outstanding graphics of the 4A Engine truly shine. Weapons slowly getting dirtier as I trawled through mud and water, marvelled me. I was particularly impressed by how Artyom’s rain-soaked backpack looked realistic and handcrafted as if it had been made by a real human being, in the real world. Similarly, weapons are impossibly detailed and watching each part fit in and out of each other when crafting really shows the impressive level of detail 4A Games have put into the game.

The performance side of Metro Exodus is a little less impressive. Loading these giant levels takes its toll on the PlayStation 4, with load times ranging from 30 seconds all the way up to five minutes. And, when I died in combat, extensive loading was frustrating as all I wanted to do was hop right back into the action. On a similar note, the game does suffer from some frame drops on a regular PlayStation 4. During sections where a lot of moving characters are on screen, the game will practically stop for a few moments, becoming more of a flipbook than a videogame. Luckily, this only occurred during scripted scenes, not affecting gameplay in any way, and it only happened a handful of times.

As with any large and expansive game glitches are bound to occur and Metro Exodus has a fair few, including enemies falling through boxes in the environment and bodies rag-dolling and jerking in place. None of the glitches I had were game-breaking, but it did break me out of the immersion that the game really tries hard to put you in.

Despite the performance issues, the world of Metro Exodus has become much deadlier. Combat focuses more on stealth and avoiding enemies, as when Artyom does get into a gunfight he is fragile, only able to take a few bullets. Therefore, the wide variety of tools and weapons Artyom has is integral to the moment-to-moment gameplay. Pneumatic weapons feel valuable and act as a silent long-range alternative to sneaking around. The night-vision goggles quickly became an integral part of my loadout as they were no longer a throwaway gimmick and more of a useful tool that could allow me to see enemies and plan out my route through an area.

That combat did take some getting used to; however, once I got the hang of it, a few hours into the game, it quickly became rewarding and enjoyable. I found myself controlling combat scenarios and completing certain encounters entirely through stealth, which was highly satisfying and rewarding.

Another highlight feature of Exodus is the game’s setpieces. There are a number of memorable moments in the game, such as a fight with the mutant bear that returns from Last Light. However, a lot of them are related to the story. The aforementioned final level of the game is packed full of amazing scenes, where the outstanding soundtrack swells and really adds a feeling of gravitas to your actions. I cannot overstate how incredible that level really is.

Metro Exodus is undoubtedly an amazing experience and an absolute joy to play. The variety and changes 4A Games have brought to the table, in both environment and gameplay, elevate the Metro Series to a new level of polish and stature it deserves. The outstanding gameplay moments, great soundtrack, and personal story are worth experiencing and will be time well spent.

Outside of a few technical issues. My only slight disappointment is that all those improvements that have been made comes at the cost of the survival-horror tone that I and many others love about the first two games. I can’t wait to see what 4A Games creates next in the Metro world. I just hope that it restores some of the sparks that the Metro series was previously known for.

Review code supplied by publisher. Metro Exodus releases for PlayStation 4, Xbox One, and PC on February 15.

Metro Exodus is an amazing and beautiful game that offers a new style and experience from 2033 and Last Light. With polished visuals and an amazing soundtrack, the changes 4A Games have implemented create awesome environments and enjoyable gameplay, taking you across various landscapes of Europe. However, in doing so, the survival horror and dark, claustrophobic tone have almost entirely been left behind at the station.