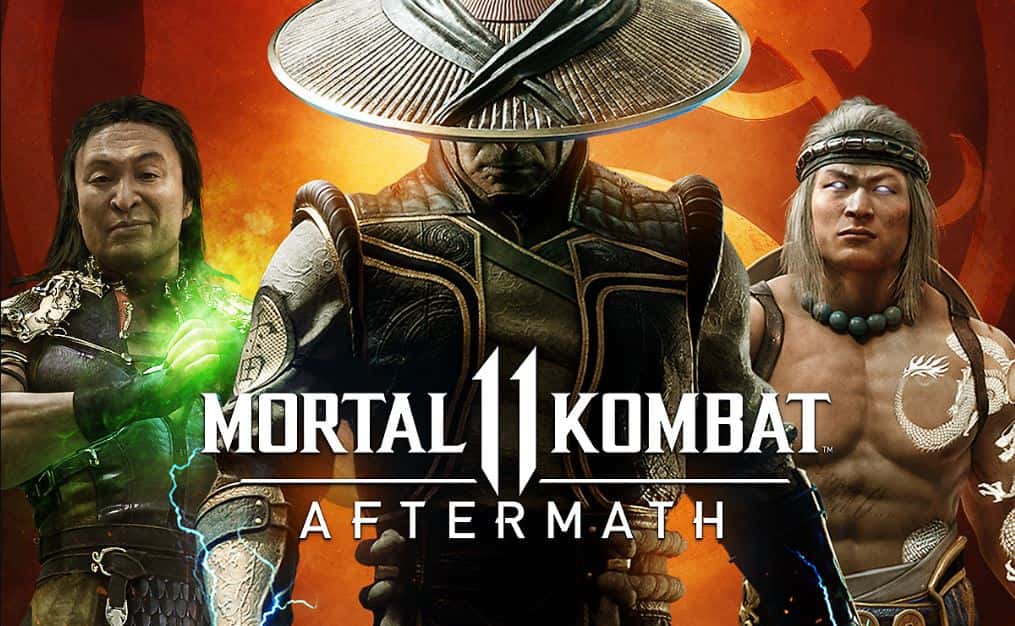 Back in April 2019 we loudly proclaimed that Mortal Kombat 11 wasn’t only the best entry in the long running fighting series, but that it also happened to be one of the finest fighters on the market period. While the announcement that Mortal Kombat 11 would be getting new characters and skin packs was hardly a surprising one (even more than a year after its original release), the revelation that developer Netherrealm Studios was going to release an all-new expansion to the single-player campaign however, was quite unexpected indeed.

A Highly Entertaining, If Relatively Pricey Expansion To One Of 2019’s Best Fighters

Let’s start with the good stuff – the three new characters that the Aftermath expansion provides are all great in their own way and quite honestly, seeing Robocop in a contemporary game of *any* genre is a gaming highlight of 2020, for sure – as is the ability to endless relive any number of Robocop Vs Terminator battles to your heart content.

Speaking of which, while the lumbering pride of Detroit City might struggle at mid to close ranges, he excels at long distance harassment of enemy combatants, with his pistol, cannon, flame thrower and rocket shots all providing ample opportunities to keep foes at more than arms length. Oh, and he might just have the best the best Fatal Blow in the game, too. Trust me.

Elsewhere, the return of female Shokan warrior Sheeva is also greatly welcome, not least because the four armed terror is perhaps the best balanced fighter out of the three included in the Aftermath expansion. Though she boasts a frankly awesome range of attacks at all ranges (including the ability to summon fireballs that actually knock down opponents rather than merely staggering them), Sheeva’s ace in the hole as it were is not only her hallmark teleport stomp, but her ability to stomp without teleporting, often hugely disorientating foes in the process. She’s a juggernaut to say the least.

Adding his weight to the ever-growing list of deities present in the Mortal Kombat canon, Fujin brings something a little different to the table when compared to the other two fighters in the Aftermath expansion. A master of elemental wind manipulation, Fujin brings a fierce juggle game to the table, with his lightning quick rising knee attack proving to be a devastating start and end point for many juggle combos. Additionally, Fujin’s affinity with the wind element provides other benefits too, such as the ability to fire bullets of compressed air at his enemies to being able to quite literally walk on a thin air, providing him with a massive aerial attack advantage in the process.

Don’t get me wrong, while I too also hunger for the returns of such classic Mortal Kombat luminaries as Mileena, Reptile, Ermac and Rain, the fact that Robocop, Sheeva and Fujin all bring something unique and fresh to the table allows them to justify their keep – at least in my mind anyway.

Beyond the addition of this bombastic trio of new characters, perhaps the biggest talking point regarding Aftermath is the added single-player campaign that it brings to the table. Obviously not suitable for those who have yet to complete the story mode in the base game, Aftermath’s story mode essentially represents something of an extended epilogue – albeit one which once more manages to deftly encapsulate the cinematic ultra-violence and cheeky humor that made the original campaign in the base game so very compelling in the first place.

The biggest problem with Aftermath though is that quite simply, $40 is a lot to ask for what is essentially three new characters, some skin packs and a story mode extension that runs between two to three hours.

Sure, what we have here is entertaining for the most part – but when you consider just how substantial the width and breadth of the Mortal Kombat 11 experience is, additions to the Krypt, a higher number of extra characters and possibly a beefier campaign would all have provided some much needed added value and justification of its RRP. As it is, Mortal Kombat 11: Aftermath carries something of a banquet price for what is essentially an extremely tasty, though far from essential morsel of video game food.

Mortal Kombat 11 Aftermath is out now on PlayStation 4, Xbox One, PC and Nintendo Switch.

A hugely enjoyable expansion that brings a trio of awesome new characters to the table, in addition to a rip-roaring continuation to Mortal Kombat 11's superb story campaign, Aftermath nonetheless struggles to properly justify its steep $40 price point.