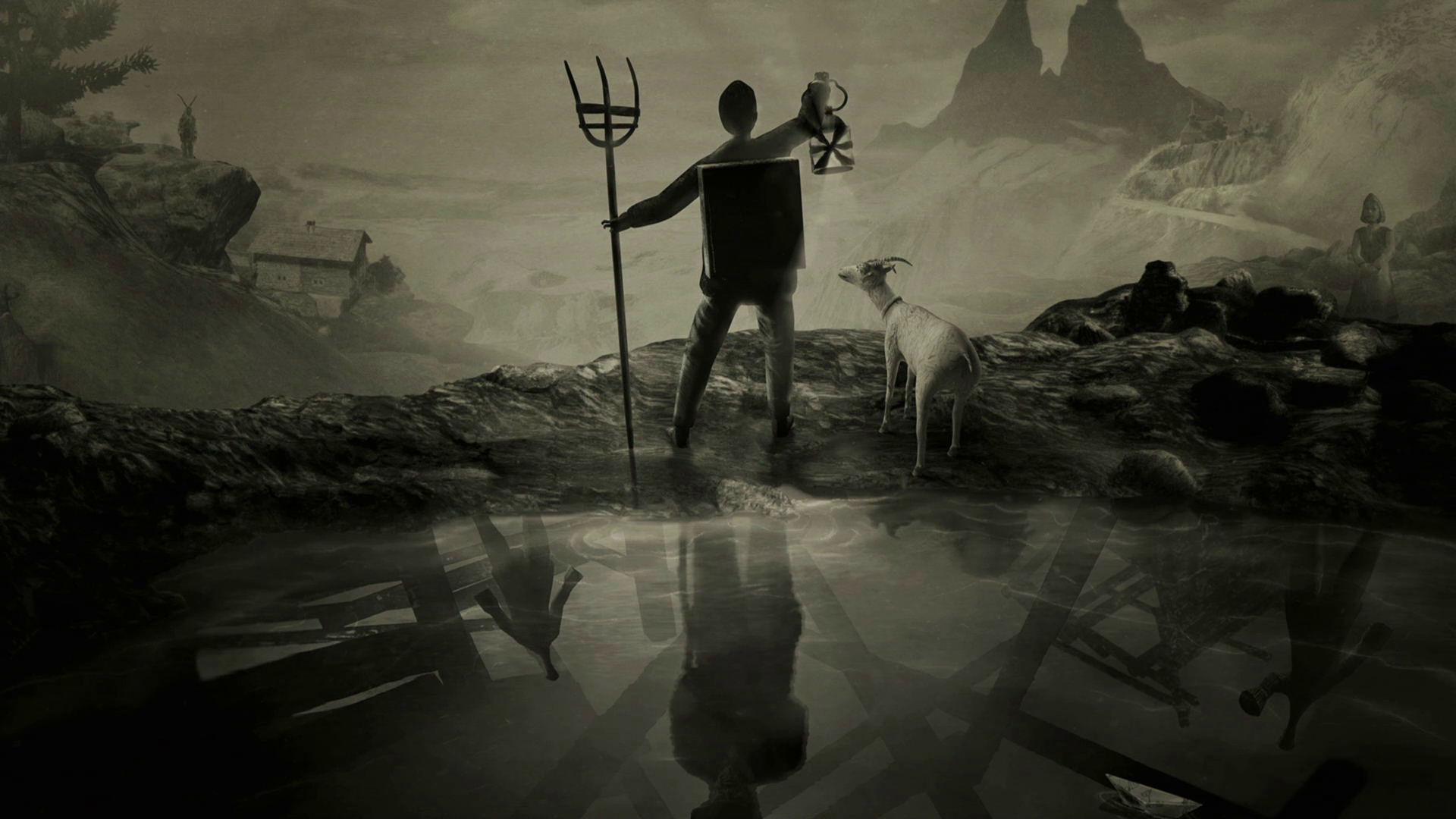 Mundaun PS4 Review – The horror genre in 2021 can feel a bit outdated and monotonous. As everyone tries to repeat the success of P.T. or follow in the footsteps of Resident Evil it can be hard to find something that feels truly new. Well, game creator founder of Hidden Fields, Michel Ziegler, has released Mundaun, which is a thrilling and fascinating experience. It is also really, really creepy and an amalgamation of ideas, gameplay mechanics, and visuals that works and that I haven’t seen before.

A Village That Keeps To Itself

Mundaun begins with you, Curdin, visiting your hometown in the Swiss Alps, the titular Mundaun, to see your grandfather’s grave. Having just passed from a barn fire, you make your way up to the hillside Mundaun is situated on to discover where your grandfather, Flurin, is buried, and just what caused his death.

Upon reaching Mundaun, you quickly realise that not everything is as it seems, with a mysterious old man protruding into your dreams and life, alongside a host of strange events and patrolling foes at night, who are made out of straw. As you find yourself going deeper into the village, you’re soon wrapped up in its history and mystery more and more. 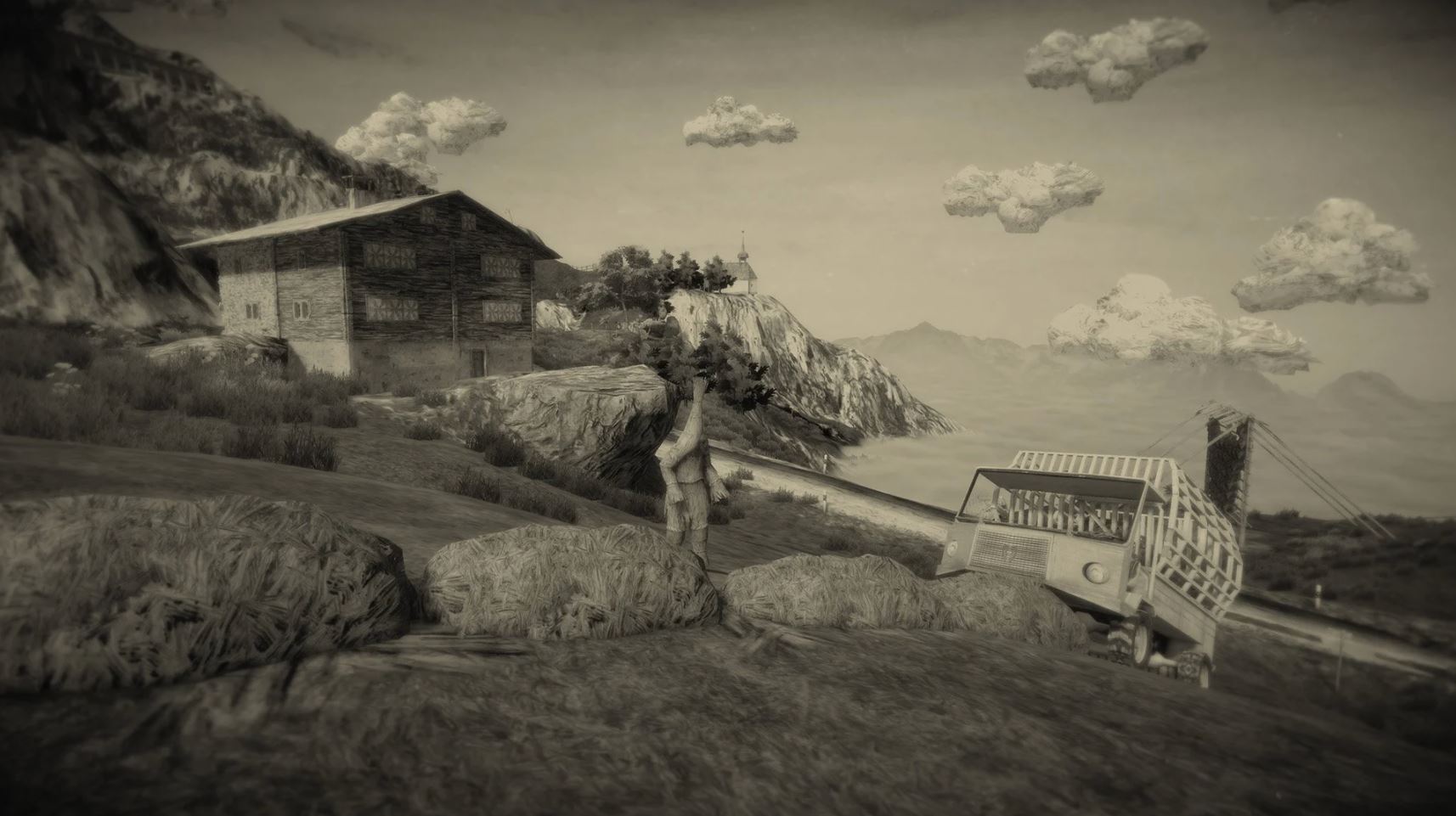 This all sounds very vague and that is because I want to leave as much for you to discover as you can. However, Mundaun’s secrets are more than just a promise. I was gripped until the end of the game, constantly moving on to the next objective to reveal the next revelation (of which there are many) or discover the next wild part of this land, such as a severed goat’s head that talks to you.

There is a lot to the town of Mundaun and as all the information is slowly revealed to you over an appetising and fulfilling six or so hour experience, you are left with a satisfying ending and a concrete conclusion. The game even has multiple endings and decisions you can make in the third act, which really help to add replayability and the idea that the playthrough you have in Mundaun is “yours.”

Scares And Frights Fill The Nights

That excellent story is paired with Mundaun’s absolutely exemplary scares and atmosphere building. While there are a few jump-scares here and there, the game does a fantastic job at building a sense of spookiness and the feeling that Mundaun isn’t a normal place.

This is done through excellent sound effects and music, which help build tension. But, the most important part about Mundaun is its shadows and mirrors. Yep, you read that right. As a first-person adventure game, Mundaun places you right into the shoes of Curdin and therefore is able to make shadows seem truly terrifying as you aren’t able to peek around a corner. 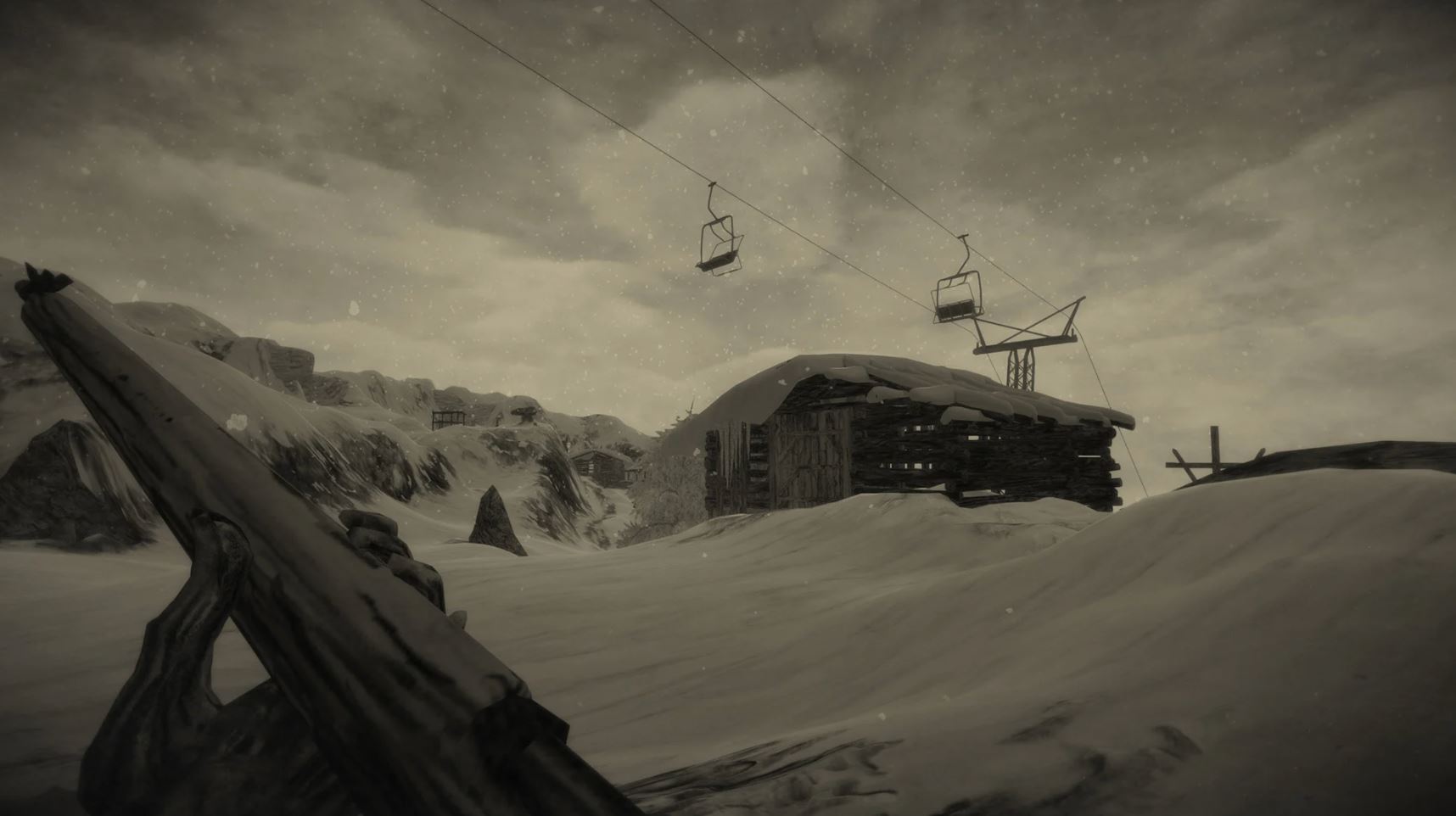 However, there are a number of set pieces or specific moments where shadows create some stunning visuals and I found myself stopping and just looking at what was before me. The third act really does a great job of showing just how gorgeous the game looks with its black and white (or dusty green), retro visuals. That monochromatic style also helps accentuate just how visually striking these moments are and I doubt they would have had the same effect in full color.

When it comes to mirrors, Mundaun will often have you look in them, but as you keep staring the music will crescendo and features on Curdin’s face will become clear giving you the impression that a jump scare or something big is about to happen. Sometimes it does. Sometimes it doesn’t. It is a great tool and a really, really creepy way of creating a horror experience. Some of these moments had me saying to myself: “That is brilliant.”

The visuals here aren’t perfect though, as I did run into a number of glitches such as waterfalls showing a pixelated pattern and shadows flickering occasionally. There is also a fair amount of pop-in, which is noticeable after you complete the first act of the game. It definitely isn’t anything experience-damaging but the technical issues are here and do sour the gorgeous aesthetics of the world.

Everyone also talks in Romanish, a language rare in the modern world, mostly spoken in the Alps. This adds to the unsettling nature you get from the town, especially if you aren’t familiar with it. Almost everything in Mundaun feels alien and it shines because of that sense it instils in you. 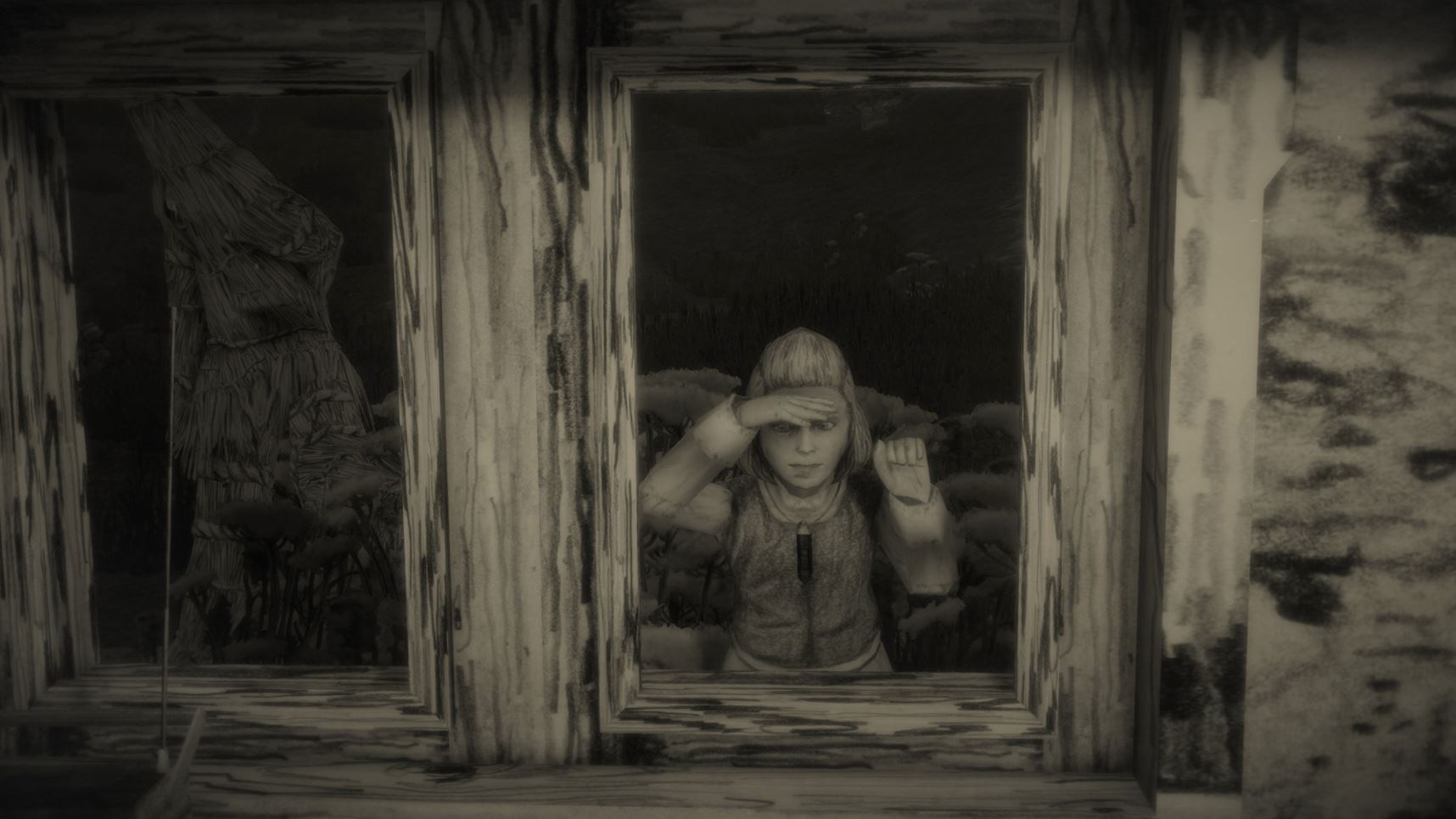 When it comes to gameplay Mundaun is your typical first-person adventure. There is a lot of puzzle-solving with real-world objects rather than abstract solutions, a tiny bit of combat here and there, stealth, inventory management, a journal full of items and notes you have collected. There are even RPG-like upgrade systems for your health, proficiency with a weapon, and ability to run when seen by a foe.

The game is split into three main maps, each representing a different act in the experience. Within these areas, you follow constantly-updating objectives to push onwards and discover more about your grandfather’s death and the valley itself.

The meshing of all these systems works surprising well and you are kept on your toes enough to make Mundaun consistently refreshing and fun. One moment you will be asked to stealth your way past some enemies who summon bees, while the next you will be following shadows down a dark tunnel to try and find your way around the web you are stuck inside. 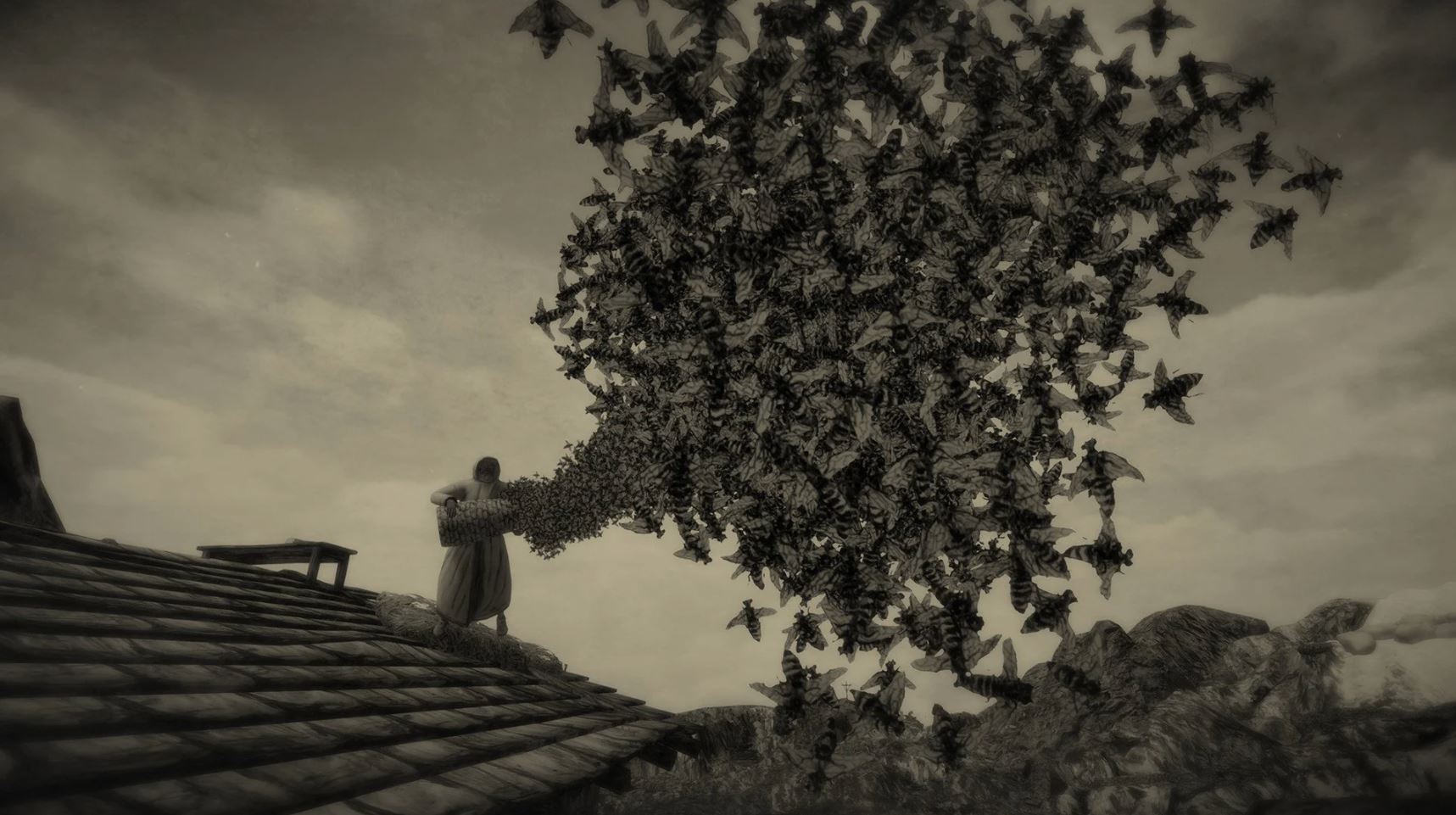 However, while the puzzle-solving is mostly excellent, there was a few moments where it was a tiny bit too obtuse when it came to what to do. I put this down to me overlooking something as the solutions were actually pretty obvious. However, the possibility to get stuck and not realise what to do next is there.

Combat is serviceable, but nothing particularly special. It is quite simple and you won’t have to do it too much. You can attack enemies with a pitchfork, charging an attack for extra damage or use a rifle later on in the game. The pitchfork works pretty well, but the rifle has way too much sway when aiming. Whilst this can be negated somewhat, it still isn’t particularly pleasant to use. Although, you won’t be using it too often.

On top of that, you can even light hay on fire to catch straw enemies alight, which is great for those taking a stealth approach and the most effective way of dealing with enemies. You can even complete the game without killing anyone if you so wish.

All three of these maps and everything you do in them is navigated by a vehicle that carries hay. The controls while driving are surprisingly solid and traversing back to previous maps or forward to new areas feels great and the whole flow of the game really helps bring the whole experience together. 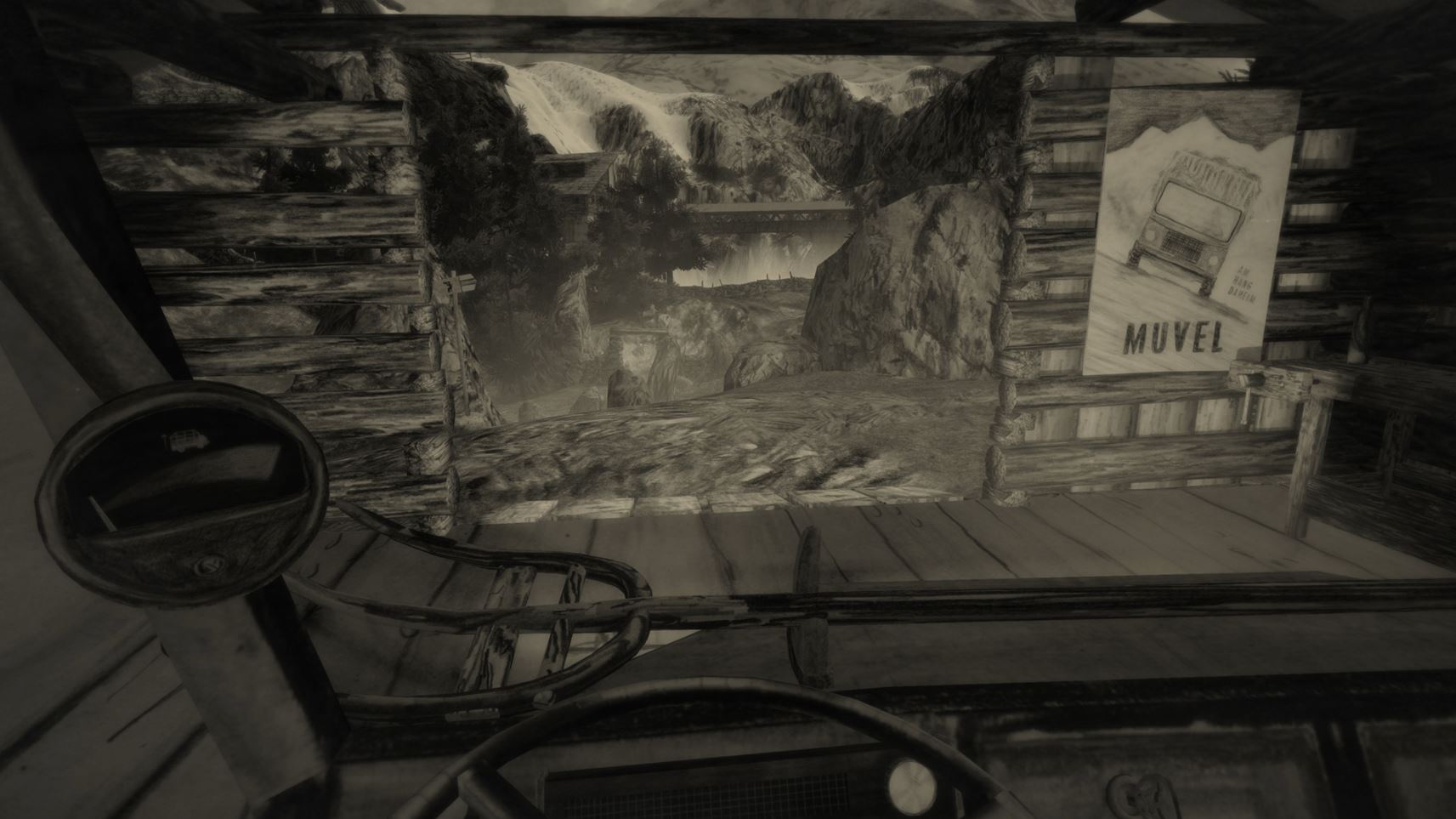 Beyond the core objectives, there are a host of side tasks to complete, small hidden locations, and other secrets to find in the valley of Mundaun. Gameplay definitely isn’t the brightest part of the game, but I found myself enjoying it throughout and never growing tired or bored of the challenges it put in front of me.

A Fantastic Horror, Well Worth A Shot

Mundaun has its fair share of issues and the experience has a few bumps along the way. But, there is no doubt that what Ziegler has cooked up here is enjoyable, engaging, and a breath of fresh air.

There are very few games like Mundaun and its creepy, atmospheric world-building and unique visuals really help elevate it above its flaws. With a variety of things to do, the game never grows old and I am excited to see what the team is able to create next. Mundaun is definitely worth a play for those who are a fan of atmospheric horror and similar adventures like Amnesia.

Mundaun is available now on PS4 and is playable on PS5 via backwards compatibility.

Offering a spine-chilling and creepy setting and atmosphere, Mundaun is a great experience that doesn't feel like anything I have played before. Its gameplay systems all blend together surprisingly well and it is just the right length. The strengths help alleviate some of the issues I had, but even with those present, it is well worth a play for fans of the genre.