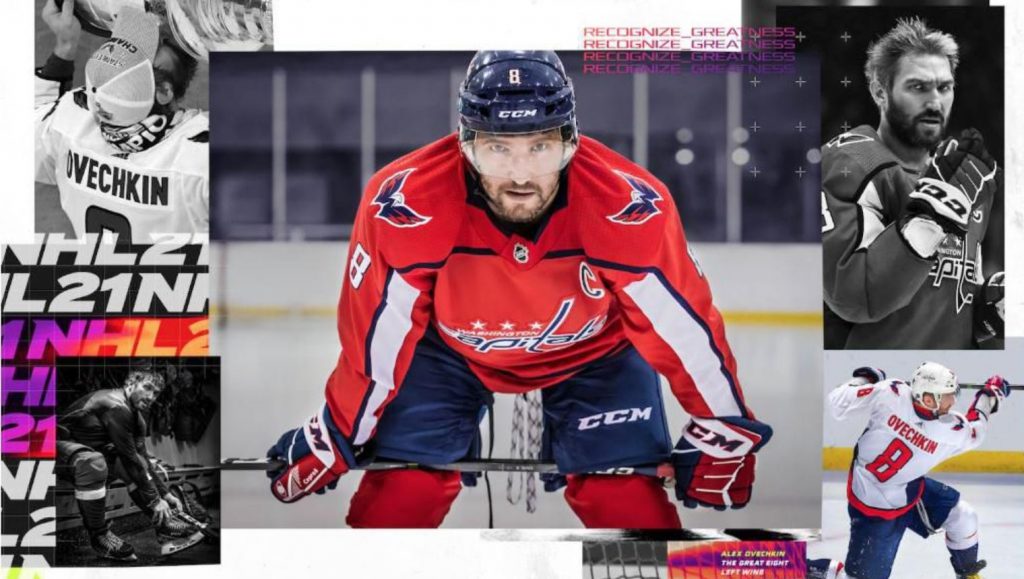 NHL 21 PS4 Review – There will always be something to be said for small experiences in video games. Short, quick little gaming bursts that allow you to just progress a little more in a game you’re playing on a commute, or in small breaks in the day. It’s in these instances where EA’s newest iteration of simulated hockey, NHL 21, shines the most. The smaller, arcade feeling game modes feel extremely fun and pulling off complicated stickhandling feels very invigorating. What it doesn’t feel like though, is realistic hockey.

It’s The Best Game You Can Name

Growing up in Toronto, and especially with a hockey fanatic for a Dad, there was no avoiding the sport for me. I ended up loving it and played minor league hockey for most of my upbringing. It was on these same teams where part of my video game upbringing was cultivated; and, after an early practice or afternoon game, playing NHL at one of my teammate’s houses was a part of it.

Years later it seems that not too much has changed when it comes to what is ultimately the best part of these games, or at least the aspect which is best executed. NHL 21 does a great job of fleshing out that kind of fun with game modes like NHL Ones or NHL Threes both in online and offline modes. The ever-expanding World Of Chel continues to be a fun source of online gameplay, and it’s all honestly never looked better, including the presentation in menus and in-game.

The Be A Pro mode has also been improved substantially compared to previous years, with more emphasis around what happens not just on the ice, but off it. Conversations with management, coaches and other players help to make your NHL journey feel weighty, even if the actual dialogue isn’t anything to write home about.

Despite how simple it may seem, it didn’t really take much before I was yelling at the ref or opposing players on my screen like they can hear me, and thinking about how the coach wanted me to keep the puck moving on my next shift. It’s a great example of a game giving you just enough context so that you can build at least a small connection with what’s happening in-game.

It is endlessly fun to absolutely undress the opposing defender with a clever toe drag or pulling the puck between your legs and past them. Following it up with a shot that knocks the goalies’ bottle off the top of the net is just the nice cherry on top. It is also endless fun to constantly pile on goals against your friends just by annoying them with one-timers and cross-crease passes that almost always end with the puck in the back of the net.

Unfortunately, though, EA has not set out to make the best arcade version of NHL hockey for everyone to go wild with. This is intended to be a simulation-based experience of what professional hockey is like. It is here, where the game continues to fail in the same ways it has always failed. It does not serve your supposed simulation aspect of the game to have gameplay that revolves around the same arcade elements I was playing with when I was growing up.

It definitely looks like a simulation, I will say that. The presentation as I mentioned is incredible in NHL 21 and everything, both on and off the ice, helps in bushels to create the hockey atmosphere I’ve been missing this year thanks to the pandemic. The gameplay, however, is still not a balanced hockey experience that feels close to the real thing. On-ice action looks incredible and while it is fun to skate circles around the opposing team as Tyler Seguin for a while, it just doesn’t last inside the more sim-focused game modes.

Things like easy cross-crease one-timer goals and somewhat inconsistent A.I. further break the immersion. It is a bit better from previous years, some aspects especially such as improved goalie A.I. help to stop more goals in one-on-one situations, though they’re not without exploits. A wrist shot out of a toe drag at the top of the circle in the top right-hand corner will almost always find the net.

My smallest issue, though an annoying one, is some unfortunate online troubles. I had more than a few occasions during which I was in matchmaking when the game froze on me, with my only option to close the application and open it again. It’s something that didn’t happen every time or even the majority of times, but it still felt like an unnecessary annoyance. Thankfully, it’s something that could most likely be fixed with a patch.

What is potentially the best addition to NHL 21 however is HUT Rush. This new addition to HUT makes the regular grind feel a lot more engaging and fun. The fast-paced, high-pressure games are great and feel right at home with the rest of the arcade-style game modes. It’s been my favourite aspect of HUT this year and actually makes me want to spend more time with HUT than I usually do, which is an accomplishment since I don’t usually spend that much time in the mode.

HUT Rush is either 5 on 5 or 3 on 3 each with a goal limit rather than a time limit. The 3 on 3 mode is especially great because everyone’s favourite mascot Gritty will always be the third player on either team. Each game is about scoring as quickly as possible and in the dirtiest way you can. The better the play, the more points earned. The wackiness of mascots throwing themselves at each other mixed with high-octane hot-dogging hockey all works together to make each goal feel a little sweeter and pushes you towards playing the next game again and again.

The microtransactions are there of course, though they remain unobtrusive. There has yet to be a moment at which point I’ve felt I needed to spend actual dollars, especially because I’m having so much fun in HUT Rush in the first place. It all works to create the right balance between rewarding and fun gameplay mixed with the gotcha-style elements that are embedded within HUT.

NHL 21 is an improvement over previous years and in a time where sports games are usually lauded for being no more than roster updates, this instalment in the NHL franchise stands out for actually doing a bit more than that. It still doesn’t fix the fact that it is still an arcade-style game with a simulation-style presentation, but that blow is definitely made better by the new additions to HUT and the more fleshed out Be A Pro mode.

NHL 21 brings much-needed improvements and depth to the variety of game modes available, though does nothing to fix the same issues that make the fun arcade style gameplay feel out of place in the more sim-focused modes. There is enough content thankfully that you can just keep having fun in the arcade modes and HUT Rush will actually keep you coming back for more high intensity action.