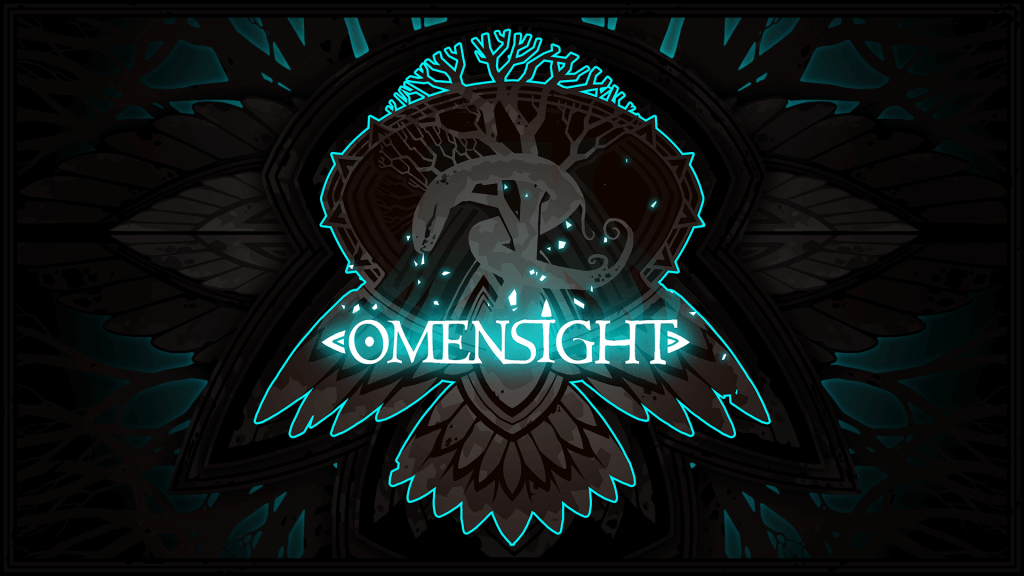 Omensight is an action-adventure, time travel, murder mystery, with light RPG elements where you play the role of the harbinger, a mystical warrior summoned by events that ultimately cause the apocalypse brought upon by an ongoing war and the murder of the godless priestess Vera. As the harbinger, you can re-live the fateful day through the eyes of the characters that may or may not be involved with the murder of the godless-priestess, which ultimately sets off the events that lead to the planet-sized snake god Voden destroying Urralia and the anthropomorphic animal race that inhabits it.

Omensight was developed by Spearhead Games, the small studio that was responsible for the excellent Stories: The Path of Destinies. While Omensight is not a direct sequel to Stories, it is considered to be its spiritual successor and set in the same universe. Just as the magical book of Stories allowed players to steer the narrative, the Harbinger can use the power of Omensight to rewrite history.

There are four main suspects for the harbinger to interrogate. You start each day at the tree of life where you can also upgrade your weapons and abilities, review the clues and info you have collected and then choose which character's day to travel back to. Whenever you hear the term wash, rinse, and repeat used in describing a video game, it's usually a warning that the game is a repetitive snooze fest. With Omensight the formula becomes an interesting plot twist due to the fact that the player's choices and decisions change the outcome. As long as you don't continuously make the same choices no two days are exactly the same.

It's an age-old war between Rodentia and Pygaria that has divided Urralia and prompted the godless priestess Vera to commit herself to bringing the two nations together. Or perhaps Vera has her own agenda, the owls are not as they seem.

Combat is very much rooted in the hack and slash genre but the use of time manipulation and various unique powers sets it apart and brings more depth to it. Aside from the heavy and fast attacks from the Harbinger's blade, you can dash, slash, and grasp your way through enemies. Delay of Fate slows them down and never underestimate the power of the destruction your surroundings provide. Combat is fluid, intuitive, and fun.

You will face off against at least twenty different enemies and several boss fights. Each of your time traveling partners also possess different abilities and fight styles and are quite helpful in battle. Ludomir is a hulking beast of a bear with a killer ground pound who can be found at the local pub when he's not loyally serving Vera. Ratika is the singer-songwriting rat who's speed is only outperformed by her wit. Spokesperson, fearless leader of Rodentia, and her cheese is well aged. Draga, the sophisticated and cunning cat that can rain down Yarbog's fire to smite enemies. Lastly there's Indrik, the emperor bird of Pygaria, who at first glance seems to have the most reason to want Vera dead.

The story itself is well written and features a likable cast of characters. I recently spoke to Spearhead co-founder Malik Boukhira who cited inspirations from Zelda, Groundhog Day, Edge of Tomorrow, Slavic mythology, and Colombo. Omensight's irreverent sense of humor, and certain aspects of its combat made me think of one of my all-time favorites, MediEvil.

Omensight has a distinctive art style that is quite impressive for any game let alone one that was developed by a team of around fifteen people. Color and details are radiant and add even more personality to the game. The soundtrack is so sweeping and immersive that it kind of becomes an integral character in the game which is further complemented by the excellent voice acting and sound design. In fact, the voice actress playing the Witch sounds an awful lot like Gaia from God Of War.

Aside from a few minor glitches (which will be addressed in a day one patch) that forced me to have to re-start from the last checkpoint, Omensight ran very smooth on my PS4 Pro. As a testament to the excellent auto checkpoints I was almost immediately back in action.

Last year, when I finished playing Horizon Zero Dawn, I fell into a bit of a rut with video games and the next few I attempted were unfairly judged and promptly cast aside. After recently living and breathing God of War for over a week, I was concerned for the well being of the first game that I played after that masterpiece. Turns out Omensight was the perfect follow up game to Sony's behemoth. I know there are a lot of big games out there right now competing for your time and money, but Omensight shouldn't be missed.

Omensight is an action-adventure murder mystery that traverses time and genres to deliver a fun and balanced game perfect for coming down from your God Of War high.