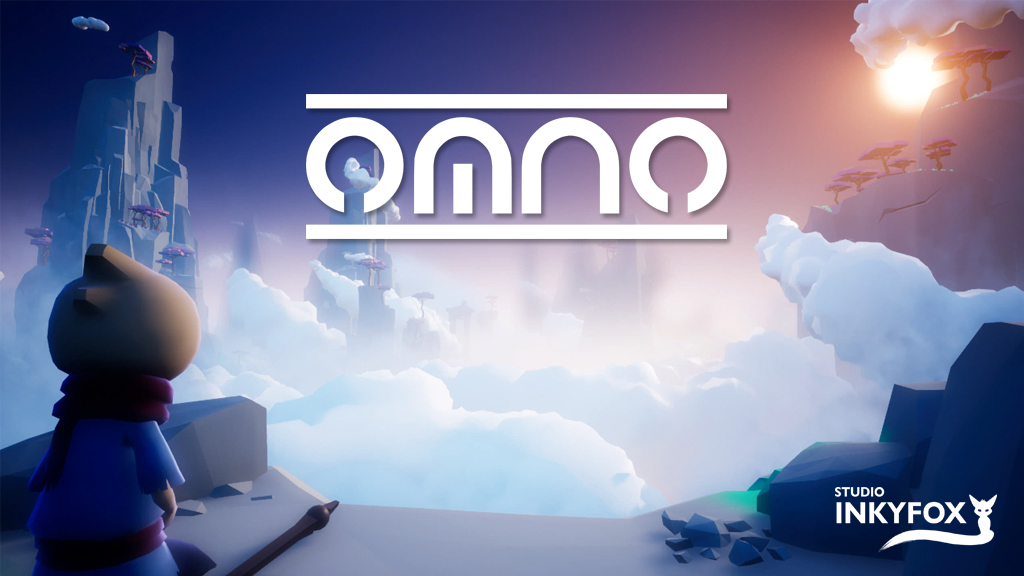 Omno PS4 review – Omno is one of the most relaxing, laid-back video games I’ve had the pleasure of indulging in. It’s a 3D puzzle-platformer, which was brought to life by independent developer Jonas Manke, via Kickstarter, back in 2017.

It sets out a template for itself early on and never strays too far from this formula, but don’t be deceived by its low-poly graphics and mellow soundtrack – Omno tells a wonderful story of friendship in a beautifully paced adventure.

Do We Know What The Name Means? Om… No?

In an idyllic albeit simplistic world, you’re given the simple task of replenishing light energy to each area’s tower. This is done by collecting three of the six orbs which are scattered around each location, with five of these hidden behind Zelda-esque puzzles or platforming challenges, while a fifth is unlocked by harvesting (for lack of a better word) energy from the world’s flora and fauna. 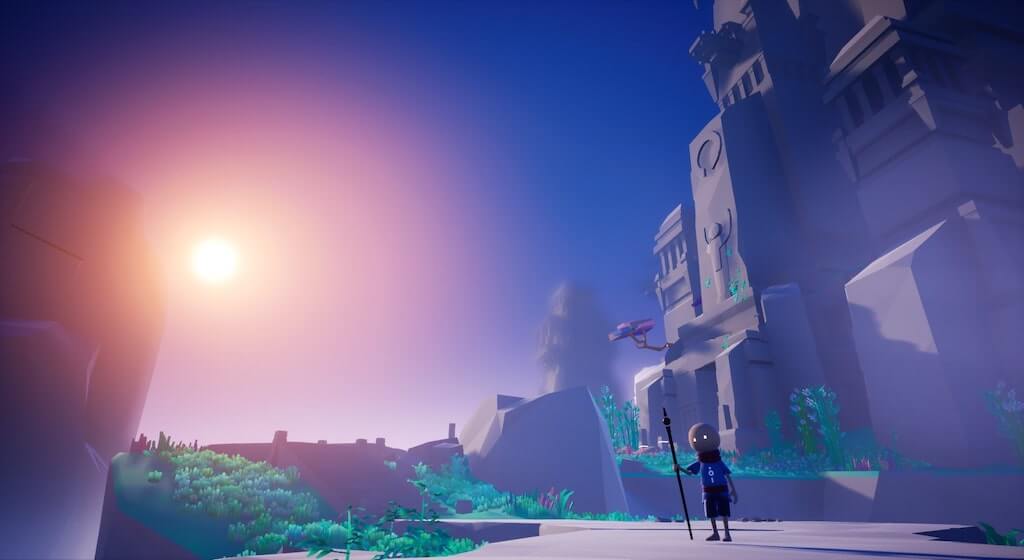 Thankfully, Omno keeps friction to a minimum thanks to a mini-map which shows exactly where each orb is located, allowing the player to keep moving at a steady pace and never coming unstuck in its progressively larger spaces. The puzzles themselves are balanced perfectly – for me, at least – to never make you feel stupid whilst also managing to offer that sense of satisfaction once the solution becomes clear.

This matches the game’s blissful tone and atmosphere, which is brought to life with a beautifully mellow soundtrack and a gorgeous art style which really comes to life when the sun is blooming through a grove of trees or reflecting off a frozen lake.

Movement through Omno’s world is equally delightful with a plethora of abilities opening up as you progress, allowing you to surf through the game’s later, larger areas just as quickly as you could hop through the first. It begins in a similar vein to thatgamecompany‘s Journey and quickly expands upon those mechanics to deliver a game which constantly gives you something new to play with. 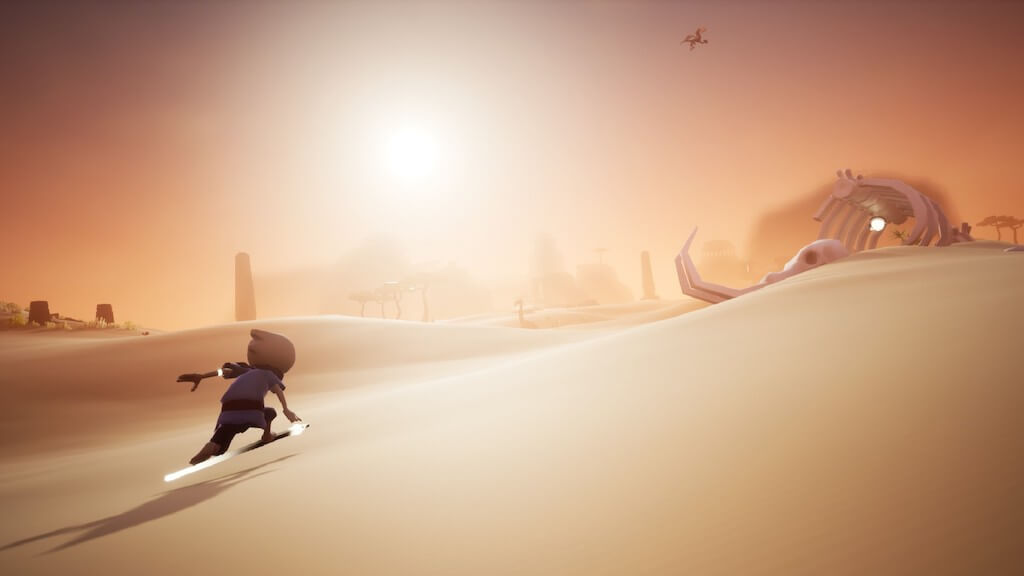 If I had to pick one flaw with the gameplay, it’s the dash move’s visual effect which sometimes obstructs the view of the platform you’re trying to reach, but Omno is not a precision platformer and this is unlikely to cause any problems in the grand scheme of things.

A Few Flaws In An Otherwise Brilliant Puzzle-Platformer

On another slightly sour note, jumping back into a previously finished chapter will clear your save file and you’ll have to re-collect all of its orbs. A New Game+ option would’ve been ideal, allowing you to use later power-ups to blast through earlier areas, but alas it forces you to start the whole thing over from zero.

It’s rare that I’m tempted back into a game post-credits; Omno has that pull, yet not the facility to accommodate returning players. If you plan on seeing everything it has to offer – and you absolutely should – make sure to do so on your first playthrough. Omno is available on Xbox Game Pass on day one so that may factor into your decision to purchase the game on PlayStation 4. If you have access to Microsoft’s subscription, by all means indulge, but don’t let its availability elsewhere detract from its perceived value.

Jonas Manke manages to tell a heartwarming story of friendship and trust through brief interactions between the main character and a timid flying squirrel-like creature, which delivers an emotional crescendo despite its lack of dialogue.

It may not be the longest game in the world, but it is a delightfully easygoing piece of escapism where every moment is filled with more joy than the last. If you find yourself at a loose end between major releases, or tired after a long day of work, you could do worse than taking a chance on this little palate cleanser.

If you have any interest in puzzle-platformers, don't let Omno pass you by. It's one of the most heartwarming adventures you can experience on PlayStation 4 with a level of charm seldom found in the medium.