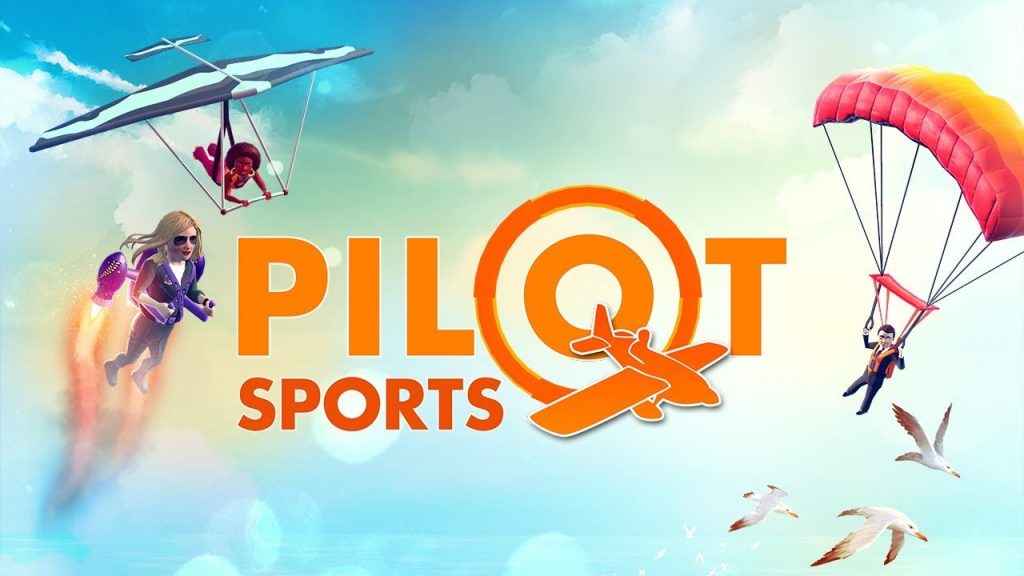 Pilot Sports is a light family-friendly flying game, where players can fly solo or compete against friends in over 50 different challenges using a biplane, hang glider, parachute or jetpack. However, it is impossible to play Pilot Sports without immediately noticing the similarities to Pilotwings or more specifically Pilotwings 64. It is a comparison that seems to be invited by the developer, Z-Software, but unfortunately that similarity does cut both ways.

Pilot Sports slavishly pays homage to Pilotwings 64, from the isolated Pacific island setting to the aggressively happy island music that pumps over each challenge. Even the choice of events is largely the same as Pilotwings, with the gyrocopter swapped for a biplane. While this superficial similarity will evoke feelings of nostalgia in those who owned a Nintendo 64, it isn’t enough to sustain enthusiasm for the game for long. If a developer wants to emulate the forumula of a well known and popular franchise, the first rule that should be followed is don’t draw a comparison that will only reflect on your product negatively. In many ways, by hewing so closely to that model, Pilot Sports only does itself a disservice.

Pilot Sports offers a selection of eight different pilots with cartoonish proportions, with each having an identical performance and are largely indistinguishable from one another. The graphics are brightly colored and pleasing enough to the eye, but they are also somewhat cartoonish, more stylish than detailed but suitable for an open world playground. Pilot Sports offers challenges with the biplane, the jetpack, the hang glider and skydiving. The events vary from timed events to skill based flying through rings or natural obstacles, to precision landings on target markers.

The single player game is organized into five levels, each having ten challenges. Each challenge has a bronze, silver and gold medal time or points value depending on the challenge, and better scores earn better medals. Each subsequent level requires an increasing number of gold medals to unlock, ensuring a certain amount of grinding to improve your performance on each level’s challenges in order to progress. Unfortunately, earning these gold medals quickly grows repetitive and the content that is unlocked with each new level isn’t sufficiently varied to keep a player motivated to continue.

The gameplay is simple, and easy to pick up, also allowing one to four players to compete locally in any of the game’s many challenges. Controls are a little sluggish for the biplane and hang glider, but with practice players can become accustomed to their particular flying style – Nothing that would be surprising to anyone who has played Pilotwings, and therein lies the problem.

Any Landing You Can Walk Away From

Unfortunately the best adjective that can be applied to Pilot Sports is that it is “serviceable”. The graphics and gameplay are good, and it might give a family fun for a night, but there isn’t enough depth or replay value to make it a long term proposition. Pilot Sports isn’t a bad game, but unfortunately it isn’t really a good game either. It doesn’t bring anything new or notable to the table that Pilotwings hadn’t previously done, and unfortunately in most cases did better. It has HD resolution and 60fps framerate, but were Pilotwings made today on a modern console I would be hard pressed to point out any advantages that Pilot Sports has over its counterpart. As it is, the main advantage that Pilot Sports has is its availability on non-Nintendo consoles, and that isn’t enough on its own to earn a recommendation.

Developed by Z-Software and Published by Wild River, Pilot Sports is out now on PS4.

Pilot Sports rigidly emulates Pilotwings, but doesn't bring anything new to the table. By inviting the comparison it only reflects negatively on what might otherwise be a reasonably fun but uninspired game.