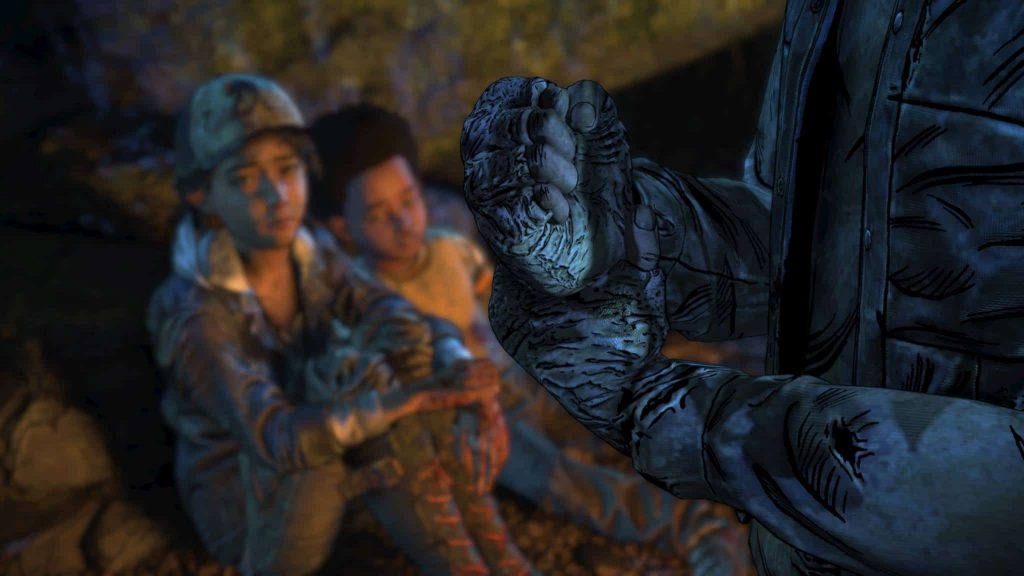 Editors Note: Hi! The reason why you’re seeing this review some four months after the release of the second episode of the final season of The Walking Dead is because of two reasons. Firstly, at the time, Telltale had folded and the second episode was pulled from PSN before we could review it, and it wasn’t until a few days ago that it reappeared. Secondly, we are also in the process of reviewing the third episode of The Walking Dead’s final season, but obviously for the sake of continuity, it makes sense to have a complete trail of episodic critique for our readers to follow. So apologies, and thanks for reading this review!

Set in the immediate aftermath of the event that closed out the first episode, the second episode of The Walking Dead: The Final Season aims to hit audiences where it hurts the most – namely, in the notion of children and our struggle to define them in ways that we would deem acceptable or otherwise morally ‘right’.

Arguably nowhere is this more keenly felt than in how Clementine’s young ward AJ questions his morality and whether or not he’s a murderer. Of course, the truth of it is that AJ’s response is the resulting sum combination of muscle memory and deep seated lessons from his mentor, Clementine, and a life of hard livin’ all combined to create the final result of him pulling the trigger in the first place.

This situation also reaffirms an important dynamic too, that AJ will act and do based on what you’ve taught him – something that this episode is enthusiastic to remind the player about at key points in its duration. It’s a dynamic that is borne out beautifully by his actions too, as in my two playthroughs at least, AJ became coldly logical – and this behaviour was in turn augmented by child like ability to see things plainly in black and white which made the whole situation that much more harrowing as a result.

Beyond the AJ/Clementine relationship which arguably is the central focus of this episode, Suffer the Children does not disappoint. For a start we’re introduced to what is seemingly the big bad for the season – and it’s an interesting choice of villain simply because it brings back a face from the very first season and reminds us of the decisions that we made all that time ago.

More crucially, and without any spoilers, this season’s villain is not only a suitably despicable sort, but also one who is also somewhat conflicted about their actions where Clementine is concerned – setting the stage for what will surely be an emotional and savage confrontation further on down the road.

Beyond the introduction of what appears to be this season’s big baddie, Suffer the Children also marks the debut of a faction seen in the most recent issues of The Walking Dead comics. Again, without inflicting spoilers upon you all, it’s a deeply interesting conclave of status-quo changing individuals that will surely figure greatly into the remaining episodes of The Walking Dead. Trust me; you’ll be jazzed when you see them on-screen for the first time.

Ultimately too, this episode is one which accomplishes a great deal from a storytelling perspective. Not only does it deal with AJ’s changing emotional state, the fallout from the previous episode, the setting up of defenses to ward off the raiders and the introduction of the new main antagonist and that new faction I was just talking about, but it also devotes a nice chunk of time to Clementine’s own feelings and emotions too, with an unexpected relationship payoff being tenderly executed for those who elect to venture down that path.

Notably, the long wait between this episode and the last has reaffirmed just how remarkable how visually accomplished this final season is, particularly where the lighting and facial animations are concerned – with the latter being much improved over previous Telltale offerings, and the former giving this final season of The Walking Dead an aesthetic that much more in line with the comics and graphic novel source material.

If there is one area of Suffer the Children’s design that exasperates, it would be real-time, non-QTE action scenes. Simply, Clementine moves too slugglish and stodgily for it to be truly enjoyable, and the supposed need to mix up stunning and killing blows to space out your undead foes, doesn’t really click and neither is it strictly enforced either.

Nonetheless, Suffer the Children makes its mark as an effective sophomore outing this final season of Telltale’s The Walking Dead. It does this by not only telling a good, meaningful story that is arguably a natural continuation of the previous episode, but also one that sets an emotionally charged, brutal blueprint for closing out the series as a whole, too.

Published and developed by Skybound Interactive, The Walking Dead: The Final Season is out now on PS4, PC and Xbox One.

A stirring and often disturbing continuation of Telltale's final season of The Walking Dead, Suffer the Children is an effective episode that not only stands on its own merits but sets up a grand series finale too.