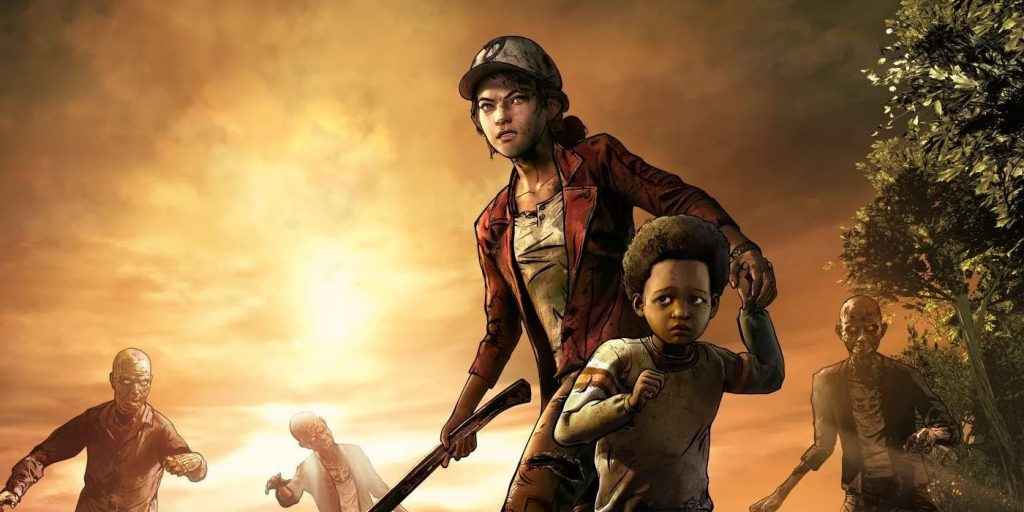 Since Telltale’s The Walking Dead arguably reinvigorated the fortunes of the American adventure developer just a little over five years ago, episodic gaming hasn’t quite been the same.

From Telltale’s own licensed efforts such as The Wolf Among Us and Tales From The Borderlands, to DONTNOD Entertainment’s groundbreaking Life is Strange series, it’s fair to say that a whole sub-genre of well-produced and highly entertaining games has sprung up as a result with The Walking Dead: The Final Season effectively closing a book on that era

Coming full circle in more ways than one, if the first episode of The Walking Dead: The Final Season is any indication, than Telltale’s latest and possibly last stab at Robert Kirkman’s zombie epic could be every bit the true return to form the likes of which fans have waited years for.

Taking place directly after the events of the previous season (players can import their save, build a character history anew or tweak previous choices made depending on their preference), The Final Season sees a much more mature and driven Clementine on the road with young lad AJ; the orphan child that she became the ward of in the previous season.

As a result, this final season effectively comes full circle as Clem takes on the mentor role that Lee occupied for her in the every beginning, providing sagely survival advice as well as providing the child with an upbringing he never would have had. Indeed, this first episode tells you early on that your choices will define what he becomes – meaning that it isn’t just Clem’s moral compass you have to adjust and account for – it’s AJ’s too.

What is interesting though, is that despite his seemingly innocent demeanor, AJ is already well-trained and acclimated to this grim world, as he’s a helluva a shot (as the item descriptor tells us when AJ picks up a gun for the first time), knows how to avoid making noise and is paranoid about folks creeping up on him – hardly characteristics one would expect from a child in any other kind of regular circumstance.

As a result, children are forced to grow up far too quickly in this world. AJ for instance, lacks a great deal of childhood innocence and sees the bad in everything – A tyre swing appears as a trap to him until Clementine tells him otherwise; recalling her own fond memories of being a child in the process.

Beyond the travelling pair of AJ and Clementine, The Walking Dead: The Final Season seeks to further delve into the theme of children and the need for them to negotiate their way through this crumbling, ruinous world by introducing a group of kids who have taken over an abandoned boarding school and re-purposed it as a sanctuary of sorts.

Led by Marlon, an early 1980s Kiefer Sutherland, with his sharp blonde mullet and focused expressions to match, the group evokes comparison with the ragtag groups of young ones seen in Hollywood silver screen efforts such as Stand By Me and Sense 8 as they fight for themselves and aim to carve an adult-free path through this new world that they have all acclimated to. Ironically, for a game all about the undead, death and decay, this is the freshest setting that the The Walking Dead has had in a long time.

It’s not long after getting stuck into this first episode of the new season that you realize that this is the best The Walking Dead has ever looked. The final game to use Telltale’s existing engine before the developer makes the switch to the widely used Unity engine, The Walking Dead: The Final Season proves to be visually arresting with an array of finely detailed characters, improved facial expressions and much more richly realized environments.

Stylistically too this season has evolved over its predecessors with the art style taking on a far more comic book like veneer, encompassing sketchy greys and hand drawn flourishes throughout. Complimenting this a newly muted color palette where far off zombies and characters appear as shambling grey and brown outlines just as they do in the comic source material – something which lends this season a bespoke visual veneer that previous seasons simply do not possess.

What’s also clear is that as evidenced most recently in Batman: The Enemy Within, Telltale’s motion capture techniques have improved greatly, and this is borne out in turn by the much improved action sequences and choreographed fight scenes that are a world away from the stiff, awkwardly animated encounters seen in previous seasons.

The Walking Dead: The Final Season Is A True Return To Form

Starting out resoundingly strong, the inaugural episode of The Walking Dead: The Final season feels like a true return to form. By shifting the narrative focus back to that original guardian/ward dynamic that defined the first season so very brilliantly, Telltale have fashioned a hugely compelling yarn that makes it effortless for players to be thoroughly invested in the plight of Clementine and AJ.

I can’t wait to see where Telltale go next with this season.

The Walking Dead: The Final Season Episode One from Telltale Games is out now on PS4, PC and Xbox One with iOS and Android platforms to follow later.