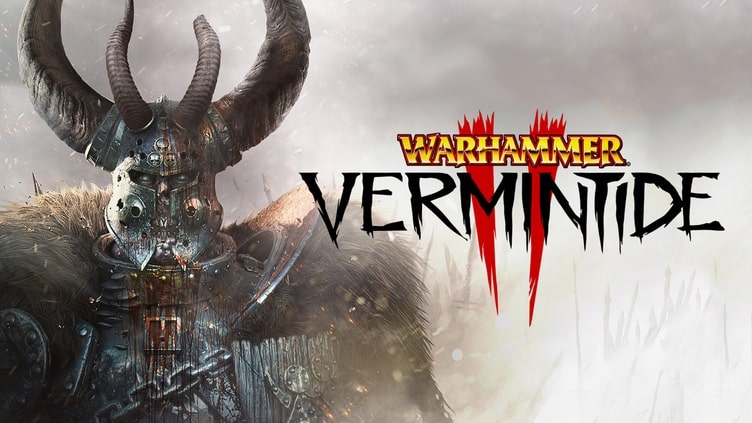 In the incessantly violent fury of Warhammer: Vermintide 2′s tumult, it can be a little too easy to take for granted just how much better Fatshark’s sequel really is when compared to the previous game. Oddly, it’s the small things you notice first. In the original game, carving through the swarming crowds of Skaven rat-men could sometimes feel a touch unsatisfying – it sometimes felt like you were just waving your weapon in front of your face and your foes would simply crumple to the ground.

In Vermintide 2 however, there’s a real feeling of heft and weight behind your strikes, with each swing of your weapon both meeting and conveying the expected resistance of flesh, bone and gristle as you cull the legions who frequently set themselves upon you. In short, killing evil folk both intimately and at range has never felt quite this palpably satisfying.

Vermintide 2 is a much improved sequel in every way

A thunderous first-person action effort in the vein of Left 4 Dead, where the objective is to smash through legions of monstrous folk en route to the exit, though such incremental improvements are welcome, where Vermintide 2 really differentiates itself from the first game is in how comprehensively it addresses the larger flaws of its predecessor.

The hugely clunky and unreliable loot system of the first game has been massively improved. No longer can you end up with equipment that you cannot use, but the frustrating random dice system has been thrown out entirely. In it’s place, players are awarded class-specific loot chests which always guarantee three items when opened.

Better yet, the quality of that loot you receive is directly affected by your performance and the difficulty of the mission you have completed. This is crucial as it is something which makes the loot system feel much more rewarding, rather than the infuriating crap shoot of the previous game which meant that it would often take an age, before you got your hands on good gear that you could actually use.

Rewarding additional chests for the completion of certain milestones, such as killing a number of elite enemies or even just crafting and collecting new pieces of gear, Vermintide 2 also boasts a new achievements system which not only bolsters the loot mechanics yet further still, but also encourage players to discover new ways to play the game. Essentially then, you’ll end up with far more applicable loot than you ever did in the first game and that, friends, is a good thing.

Beyond the awarding of gear, the actual levelling and quality of the equipment you receive this time around has massively improved as well. In a manner similar to the Destiny games, gear in Vermintide 2 is awarded a power rating that reflects its capability, while a range of additional buffs and status effects can improve such equipment further.

Sure enough as before, the white, green, blue, purple and orange tiers all return, but the upshot of having this power rating is that players can actually spend far longer in a particular tier of gear than in the first game and still get that better gear far more often as a result.

If the fair weather incompetence of the AI bots in the original had you groaning whenever there were insufficient flesh and blood bods were available to fill your team, then the much more capable AI players which staff up the ranks in Vermintide 2’s missions prove to be a boon to say the least. No longer leaving you to die and proactively aggressive in both their pathfinding and ability to complete objectives, the quality of the bots in Vermintide 2 makes the prospect of a largely AI team a tenable scenario, rather than a dreaded one.

Speaking of the AI, Vemintide 2 supplements the Skaven forces, which were the exclusive aggressors of the previous game, with the all Chaos faction. The upshot of this, is that players now find themselves facing down a variety of new, terrifying enemies such as the thickly armor-plated Chaos Warriors and massively powerful Chaos Seers for starters. Beyond the new evil folk, the existing Skaven forces have also seen their ranks refreshed with new, shield-bearing Stormvermin units and a warp-cannon wielding Rat Ogre that is among one of the deadliest enemies you’ll ever face.

The various locations that you’ll be taking the fight to such monstrous foes are also much more improved too, boasting far larger map sizes, more sophisticated geometry and just generally feel more interesting to romp about in overall. From massive harvest fields with tall corn stalks that can hide the enemy advance, through to the crumbling, multi-faceted ruins of a fortress surrounded by a pillaged city, the developers have clearly gone the extra mile with the environments in Vermintide 2.

Visually too, the second Vermintide also improves in leaps and bounds over its predecessor – doubling down on the superb lighting and shadowing effects that were so impressive in the first game, in addition to showcasing a sublimely smooth and sharp looking presentation, Vermintide 2 cements itself as one of the most attractive looking PS4 games out there.

Surprisingly, one notable area of presentation that Vermtinide 2 soars beyond the first game is in the soundtrack. With a new score composed by Jesper Kyd, whose sizeable resume includes the likes of the Hitman and Assassin’s Creed franchises among many others, Vermintide 2’s musical score is thundering composition of crescendo-driving tribal beats that never fail to kick in when the action kicks off. Simply sublime stuff to the say least.

Finally, one of the biggest areas that Vermintide 2 has wrought a significant improvement over the first Vermintide is in how it handles class and in particular, class progression. While the same five characters and classes return, Vermintide 2 gives each one a range of new passive skills and unique special abilities that make them feels more bespoke than ever before.

Arguably the lynchpin of the improvements that Vermintide 2 makes to the classes and characters however, is the new career system which rewards players for putting the time in on a particular character. By consistently playing as one of Vermintide 2’s heroes, players gain precious experience points which can aid in levelling up their chosen character; unlocking new subclasses and abilities in the process. Again, it’s just one more example of the lengths to which Vermintide 2 is superior to its predecessor in every way.

Aside from the mind-boggling improvements that developer Fatshark have made to Vermintide 2, it speaks to the strength and robustly compelling core of the original concept that so much remains the same. As a cooperative, online multiplayer experience, Vermintide 2 maintains unequalled – providing an expertly judged reinvigoration of the four vs hundreds cooperative multiplayer template that Left 4 Dead pioneered all those many years ago.

From the evergreen thrill that you get from mowing down a small army of attacking Chaos dregs to the sheer, palpable excitement you feel whenever you save a teammate from certain death, Vermintide 2 possesses no shortage of elation infused moments from beginning to end.

A supremely assured and muscular offering, Warhammer Vermintide 2 is not just a huge improvement over its already accomplished predecessor, but also one of the very best cooperative multiplayer games that you can buy on PS4 right now. If you’ve been holding off playing Warhammer Vermintide than there is truly no better time to start than right now.

Warhammer Vermintide 2 is out now on PS4, PC and Xbox One.

Warhammer Vermintide 2 doesn't just reinvigorate the template that Left 4 Dead established all those years ago, instead it stabs, sets it aflame and proceeds to kick it through the nearest wall. This is one of the best co-op games available and toweringly fine way to close out 2018.