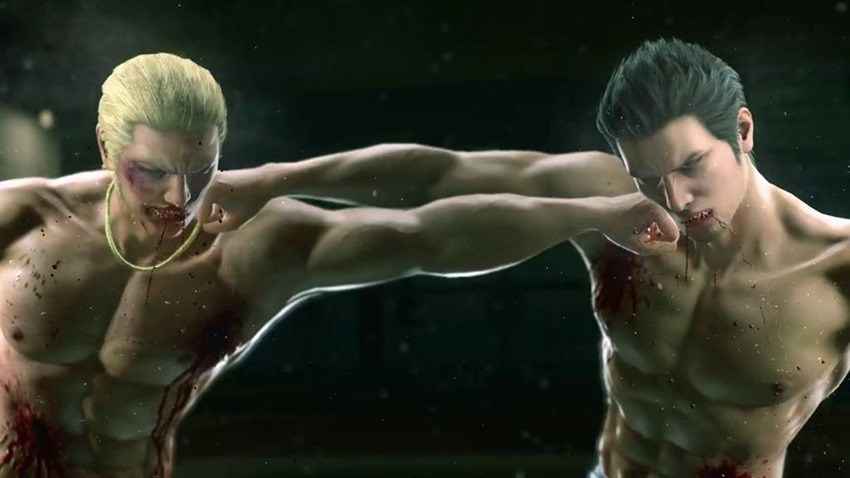 Yakuza Kiwami 2 is pretty much an exemplary showcase of how you remake a game. Sure, last year’s Yakuza Kiwami was impressive in this capacity also; remaking a 2005 PS2 title with a much more up to date engine and throwing a bunch of extra content in for kicks – Yakuza Kiwami 2 however, takes things a step further.

Powered by the same game engine that was under the hood of Yakuza 6, Yakuza Kiwami 2 not only gives the second PS2 Yakuza title a dramatic makeover, but it also augments the offering with a veritable smorgasbord of new content that helps to make Yakuza Kiwami 2 not just an assured remake, but one of the better entries in the franchise to boot.

Taking place one year after the events chronicled in the previous Kiwami title, Yakuza Kiwami 2 once more has players filling the neat suit and shiny shoes of Kazuma Kiryu, the erstwhile protagonist of the series as he smashes heads with Ryuji Goda, the vicious and nihilistic Dragon of Kansai and heir apparent to the dangerous Omi alliance.

It’s certainly reasonable to posit at least that outside of the sterling effort that has gone into remaking a PS2 era title, Yakuza Kiwami 2 hardly strays very far at all from the series established template. As Kiryu, you have an overarching narrative that can be advanced by tackling story missions, whereas an embarrassment of riches in the form of side activities and minigames also exist and mightily demand your attention.

Speaking of the side-missions and sub-stories, Sega have outdone themselves here. Long understood to be the absurdist foil to Yakuza’s otherwise ultra-gritty, po-faced story of super hard tattooed Yakuza lads kicking the shit out of each other, the sub-stories in Yakuza Kiwami 2 aren’t just highly amusing and entertaining, but they also rank among the series best too. Whether you’re dealing with an impostor looking to make bank off of Kiryu’s reputation, or trying to help out a guy with a case of the severe craps, Yakuza Kiwami 2’s substories frequent err down the wacky end of spectrum and are all the more enjoyable for pushing the envelope in this regard.

Kiwami 2 wouldn’t be a worthwhile entry in the Yakuza canon if it didn’t have a range of minigames for the player to spend tens, possibly hundreds of hours getting stuck into and Sega’s latest doesn’t disappoint here either. In addition to a range of era appropriate arcade machines (arcade perfect takes on Virtua ON and Virtua Fighter 2 are formidable time sinks on their own), Yakuza Kiwami 2 also lets the player indulge in some cabaret management, clan battle, competitive urinal pissing (I kid you not) in addition to range of more tame past-times such as darts, golf and baseball to name just a few.

In Yakuza Kiwami 2, there is always something interesting to do.

Though the shift to the Dragon Engine has brought with it a wealth of macro improvements (something we’ll get to in a bit), Sega have also made a number of much smaller nips and tucks that all help to make Yakuza Kiwami 2 a much more satisfying experience.

One of these key improvements that Sega has wrought with this remake is that you can earn a skill very early on in the game that allows you to see all the substory givers that appear in each chapter. This is a big, big deal not least because in previous games you had to seek out a difficult to locate quest finder which would do the same job – but here, you can seek out Yakuza Kiwami 2’s wealth of substories and side missions very easily and much earlier on.

Another neat mechanic that has been introduced into Yakuza Kiwami 2 concerns combat. Weapons that you came across in the middle of battle in previous Yakuza titles were always disposable affairs because you could never take them with you once the fight had ended. In Yakuza Kiwami 2 however, some weapons can be picked up and stored for use later – an actual godsend if you find yourself carving through goons before for a boss fight you might be otherwise ill-prepared for.

As welcome as those minor improvements are, it’s really the Dragon Engine which was last used in Yakuza 6 that provides Yakuza Kiwami 2 with a truly sizable makeover. In adopting the Dragon Engine, Yakuza Kiwami 2 simply looks like one of the best entries in the series. Character models now boast tremendous levels of facial detail, lighting and shadows are massively improved and more than that, environments are also rendered with a much higher degree of fidelity.

Perhaps nowhere is this substantial uptick in visual quality better evidenced than in Sotenbori, Osaka. The last time we saw Sotenbori was in Yakuza 0, and though an attractive place to look at even then, it is nowhere near as resplendent as it is depicted here. Likewise, the passage of in-game time since then (some 18 years) also means that the city has aged and just like Kamurocho it’s fascinating to track the new buildings that have both sprung up and also those which have replaced the old outright.

The opposite is also true too – after Yakuza 6’s extensive renovation of Kamurocho earlier in the year, playing Yakuza Kiwami 2 can feel like stepping back in time as closed down businesses seen in that canonically most recent entry in the series are bustling with custom here, while the new enterprises seen in Yakuza 6 are little more than boarded up buildings awaiting demolition for something new to spring up in their place.

In addition to the substantial visual refresh that the Dragon Engine provides, Yakuza Kiwami 2 also benefits from co-opting many of the in-built systems that Yakuza 6 leveraged earlier in the year. For example, players can expect to see the same progression system whereupon you make gains in a number of different areas, attack, defense, heat and so on, and then use those gains to either level up stats or purchase entirely new skills. Likewise, the digestion system from Yakuza 6 also returns here, allowing players to make specific experience gains in particular areas depending on their cuisine of choice.

Meaningfully complimenting Yakuza Kiwami 2’s offering is the inclusion of a special scenario for longtime series favorite and joint Yakuza 0 protagonist, Goro Majima. Here, players will get to see first hand how Majima rebuilds himself after leaving the Tojo Clan and starts up his own construction company. Unique to Yakuza Kiwami 2, this scenario not only provides hours of additional play but it also provides a direct narrative link to Yakuza 0, which without spoiling things will prove very interesting to Yakuza lore hounds indeed.

Yakuza Kiwami 2 Is An Essential Prospect

Notably, as with all of the Yakuza titles thus far, the localisation work in Yakuza Kiwami 2 is absolutely spot on and rude proof that Sega employ some of the best localisation people in the industry – I mean honestly, just look at the screenshot below from one of the substories in the game. Top translation work indeed.

When it comes to the story, Yakuza Kiwami 2 also excels and more than anything it’s because the chief antagonist in this game, Ryuji Goda, is such a tremendously credible opponent and one of the series most deadliest villains. If anything, the Dragon of Kansai is akin to a warped mirror image of Kiryu himself, albeit with Kiryu’s trademark compassion and empathy replaced by an arrogant swagger, snarling visage and peerless brutality.

In short, he makes for a compelling bad guy and the twists and turns of Yakuza Kiwami 2’s story (itself augmented from the 2006 PS2 original), ably support his ambitions in believable manner all the while stoking the fire in the player’s belly to want to ram their fists into his face whenever he appears on screen.

Really, the only flaw of Yakuza Kiwami 2 is that, aside from the sizable visual and content upgrades, the game sticks rigidly to the template embraced by the series so far and offers little in the way of true surprises in the process. All the same, it feels a little churlish to bemoan what is one of the best action RPGs around for being a little too similar to its equally brilliant brethren – especially when it has a fight scene that involves you punching a feral tiger on the nose.

Yakuza Kiwami 2 from Sega is out on August 29 for PS4.

An assuredly robust and spectacular remake of the PS2 original, Yakuza Kiwami 2 learns from the lessons of Yakuza 6 to create one of the best entries in the franchise to date.