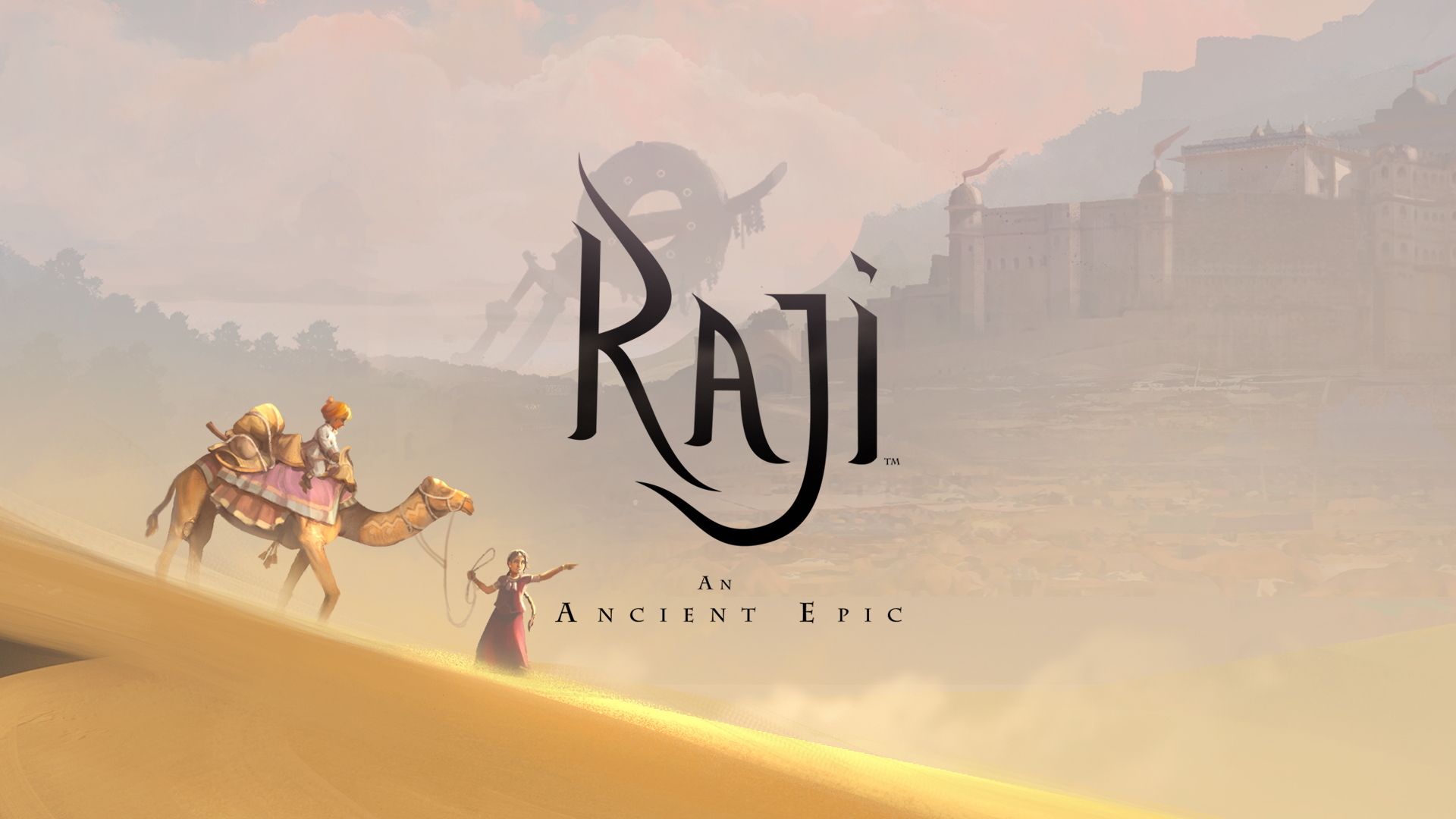 Raji: An Ancient Epic PS4 Review – Raji: An Ancient Epic was developed by Nodding Heads Games and published by Super.com. It’s a 3D action platformer that tells the story of Raji on her journey to save her brother from the lord of the demons Mahabalasura. On her way she’ll encounter hordes of demons to fight, demi-gods to overcome and eventually come face-to-face with the great Mahabalasura himself.

There’s Poetry In Everything

Playing Raji: An Ancient Epic feels like playing through an epic poem.The storytelling in gameplay and in cutscenes just makes me want to curl up and read Dante again. I love it when different works of art inspire me to revisit something I’ve left behind or rediscover a love for a genre or style I once had. It is so poetic in its execution of the narrative and so visually stunning that I spent at least 20 minutes across each level in the game just looking around and taking pictures.

The story is set in ancient India and is rich with Hindu and Balinese mythology. Raji’s adventure is even narrated by Durga and Vishnu, two Hindu gods who assist Raji throughout the game. It all begins when an army of demons begin attacking Earth and Raji along with her brother Golu are trapped in the middle of a great war. They are separated in the process and Raji vows to find her brother, and save him from the demon’s wrath.

Along the way Vishnu and Durga provide insight into the many myths and tales depicted either through beautiful stone canvases or shadow puppet cutscenes that are intricately detailed in their design and further lift the poetic voice of the storytelling. It was always intriguing to hear Vishnu describe the events being depicted in some of the stunning paintings, and learn more about some of the characters within the story and other Hindu or Balinese myths.

Raji collects four different main weapons across the course of the campaign, and each brining different tactical advantages for different encounters. Raji’s spear, bow, sword and shield can also be upgraded to suit different abilities. Frost, electricity and fire abilities can be paired to each of the weapons individually or all together if you have a preference and they each represent blessings given to Raji by different gods.

Durga is represented by electricity, Vishnu by fire and Shiva by frost. The combat also utilises the environment and jumping off surfaces to perform widespread attacks to charged ground slams that are both effective and stylish.

The final aspect in what makes Raji: An Ancient Epic feel like playing through an epic poem is that the story drives you straight from beginning to end and doesn’t take very long to complete. It accomplishes an incredible amount in the approximately six hours of gameplay. With the multitude of open world games available and more to come, this was a great breath of fresh air with regards to the story being quite linear.

It’s Not All Smooth

While Raji does successfully execute on delivering an incredible game that is both visually stunning and fun to play, unfortunately the PS4 version does not feel as optimized as it should be. Frame rate dips interrupt the fluidity combat is supposed to have, and I even had a glitch which did not load the final enemy in an encounter, which meant I couldn’t progress further and I ultimately had to quit out of the game and restart it.

The camera in the game is fixed, giving you a widespread view of the area with Raji in the centre. This isn’t always bad, except for a few times in the game where it features these short, precision platforming sections. Unfortunately, the platforming in Raji is not in fact that precise, and the camera doesn’t help one bit.

There are more than a few deaths I incurred that can be directly attributed to not being able to see where I’m landing. Raji also doesn’t jump except when faced with a ledge; the action is otherwise a dodge or roll when on flat ground.

Usually a game can feel like it’s dragging or wearing you down from the sheer amount of objectives you need to complete or long extrapolated cutscenes that are not as interesting as the game would make you think. Raji does not feel dragging for either of these reasons, mainly due in part because it is too short for any of those feelings to kick in.

It does however feel like it is dragging its feet at times, literally. Raji has a very slow pace to how she moves, and if you’re not constantly dodge rolling from place to place you won’t be getting there anytime soon. I would have loved a run button to not only speed up Raji’s movement, but also the flow of combat.

My biggest annoyance though was most definitely the lack of defined hitboxes. At any point in the game it felt like each encounter had different hitboxes for both the enemies and Raji. This was especially annoying during boss fights or in certain specific encounters with multiple certain enemy types. The boss fights were generally big standout points within the game, but the hitboxes being different made me overcompensate when it came to dodging and slowed down the fight overall.

All together it really just feels like Raji: An Ancient Epic isn’t overall well polished. The visuals are, but everything else has something about it that just makes it feel even just slightly off. Hopefully in our age of patches, some or all of these issues can be addressed in the future.

Despite its issues, Raji: An Ancient Epic still delivers on a great experience that I really believe everyone should play. It’s important that we recognize games that give us a new perspective or tell stories we haven’t yet heard. Nodding Head Games is a small team of twelve developers from India, a place in which the development market is crowded with mobile games.

A title of this caliber that also celebrates Indian culture should be experienced by everyone who can, in my opinion. It’s good to broaden our horizon when it comes to games based on any kind of mythology or legends. We can only play games based on the Greek gods so many times.

There isn’t much replay value past finding the one collectible that’s available in each of the three main levels at the beginning, though it is worth finding them since they work as power nodes for different weapon abilities. I’d even play it through once more just to see the visuals again, and to use the final weapon you unlock towards the end of the game called the chakra, which Vishnu gifts to you.

It circles you and works like Yondu’s whistle-arrow, flying around and demolishing foes in one hit — it’s pretty wild.

All together I really enjoyed Raji: An Ancient Epic, which was good because I have been looking forward to it since its premier announcement earlier this year. Now what I’m even more excited for is whatever Nodding Head Games does next. Future DLC for Raji would be exciting, though may not fit contextually. A new IP is probably what is yet to come, and whatever it is I’ll be sure to check it out again.

Raji: An Ancient Epic is available on PS4.

Raji: An Ancient Epic is an incredible experience delivered through a short and vibrant story. You can feel the passion and the talent from the developers come through in each moment of the game. Though it may not be as polished around the edges as I’d like, the issues do not outweigh the high points.