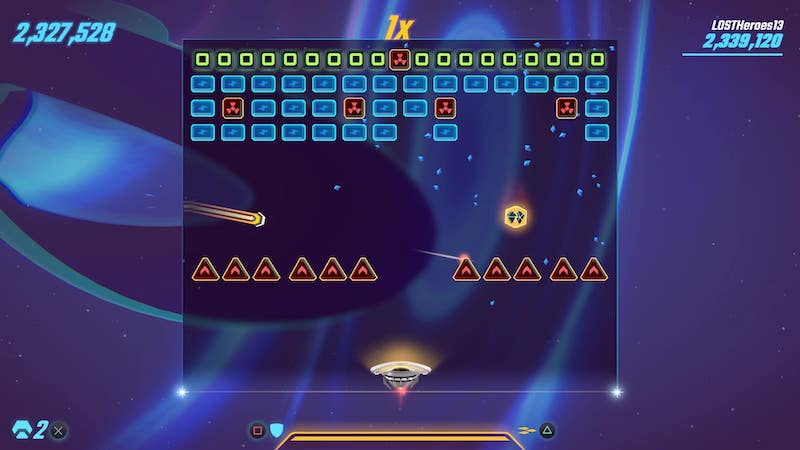 Shatter Remaster Deluxe is an upgrade to one of my most beloved PS3-era PSN games. It was back in 2009, when PlayStation started to turn the ship around on both the PS3 and PSN, and Shatter was part of a better PSN ecosystem. A timed exclusive to PlayStation 3, this wild new take on Pong was not only addictive but precisely the type of game that PSN lacked.

Fast forward thirteen years and PlayStation Network on PS5 is completely different. It is, however, still in need of those classic arcade-type games that have seemed to slowly fade off into shovelware. With updated visuals, better framerate, and slightly more touchy controls, Shatter Remastered Deluxe makes its way back onto consoles.

If you haven’t played Shatter yet but know the rules of Pong, then you can deduce that controls need to be precise to feel in control of the match. While Shatter Remaster Deluxe provides this in most areas, you lose this sense of control on certain maps. 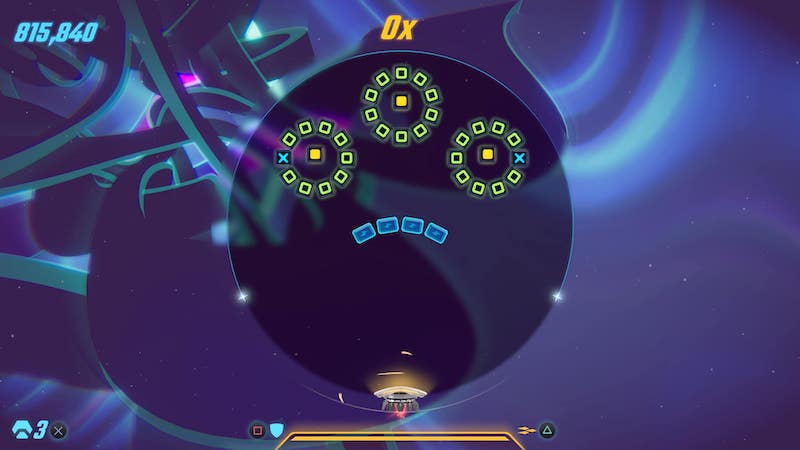 As you progress through the game, you will be thrown into various maps to test your skills. While most are different prospects of the classic Pong map, moving left and right at the bottom of the map or moving up and down on the left side of the screen, circle maps are made to bend your perception and add challenge.

These levels seem to come with a less precise paddle that will quickly snap from side to side rather than smoothly move across the field. I often overshot the energetic puck on the circle arenas because the paddle would snap all the way to the side I was sliding. Luckily, players can lessen the paddle’s speed to help gain back some control.

Thankfully this is the only part of Shatter that I found the controls to be an issue. In most arenas, the controls are responsive and quick, and in many cases, the added powers you have help counter any mistakes you or that map causes.

Pushing and pulling of the paddle are saviors in a lot of situations. From the start, the player can use L2 to send out a jet of air to keep the puck in play and free-floating targets away from you. Meanwhile, R2 sucks everything not tied down back to your side of the arena, including your puck, free-floating targets, and shards from broken targets that refill your super, shield, and score. 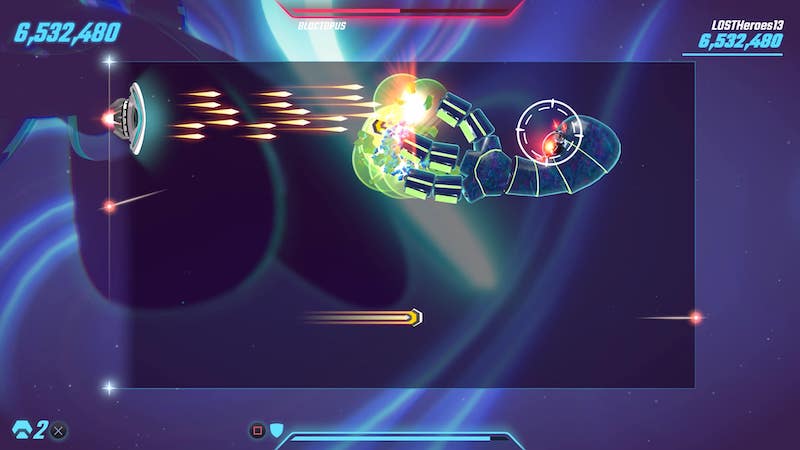 Shields, like the push and pull, saved me on numerous occasions. Bosses and free-floating targets can flinch your paddle and make it impossible to keep your puck in play. However, by using the energy you build up from shards and hitting streaks to fill up a shield bar, you can activate it with the square button.

The bar at the bottom is for shields, and a full bar unlocks a super-powered move. By hitting the triangle button, you can choose to sacrifice your shield energy for an offensive attack to either clear out the remaining targets or deal damage to a boss. Having this extra move adds a layer of strategy to the game, forcing you to think on the fly while also trying to keep your puck in play.

At first glance Shatter Remastered Deluxe might not look like much of a visual upgrade. The game brings forward its simple yet stylistic worlds, but when compared to the original game on PS3, players will notice most of the game has been revamped. 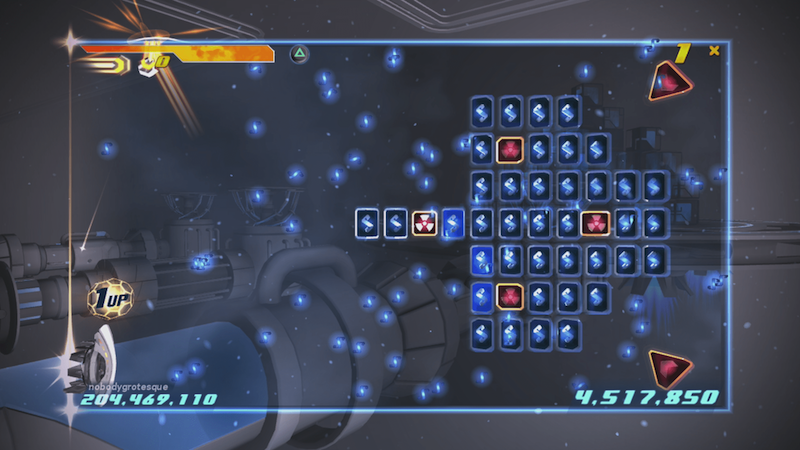 Shards, power-ups, the background world, the layout, and even the puck have all been remastered for HDR and 4K visuals. While the graphics may have stayed the same, the whole game looks fully updated compared to its original version. Below is a screenshot of the same level on PS5 as the PS3 screenshot above. 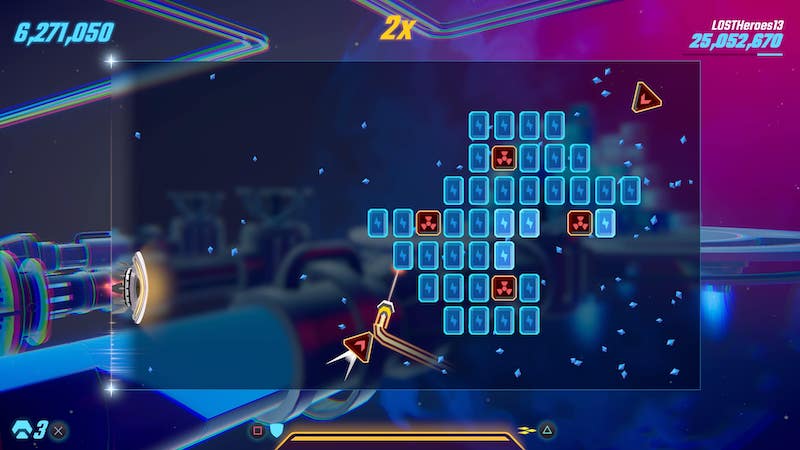 With everything being smaller and better defined, the game no longer feels like colorful chaos. Instead, the intensity remains with a more focused lens as to what you need to do to maintain a streak or win the round.

Regardless of whether you have played Shattered before, it’s unlikely you haven’t seen a version of Pong in your gaming experience. Shatter Remastered Deluxe takes that experience and turns it up to eleven; multiple pucks flying around simultaneously, power-ups that add multipliers, pucks that act as extra lives, and heavy pucks that smash through everything. Overall, Shatter Remastered Deluxe has arcade fun built into its DNA.

Shatter Remaster Deluxe is out on PS4, PS5, PC, Nintendo Switch, Xbox Series X/S and Xbox One on November 2, 2022

Shatter is one of my most played and favorite PSN games from the PS3 era. While Shatter Remastered Deluxe doesn't quite capture my obsession with the original game, it does improve on every aspect of it. While the game falls short with its controls on specific maps, they are still enhanced from the original version. Nevertheless, the game still excels at fast-paced, chaotic fun. From stunning visuals to amazing music, Shatter Remastered Deluxe is a must-buy for anyone looking for a stellar arcade experience.