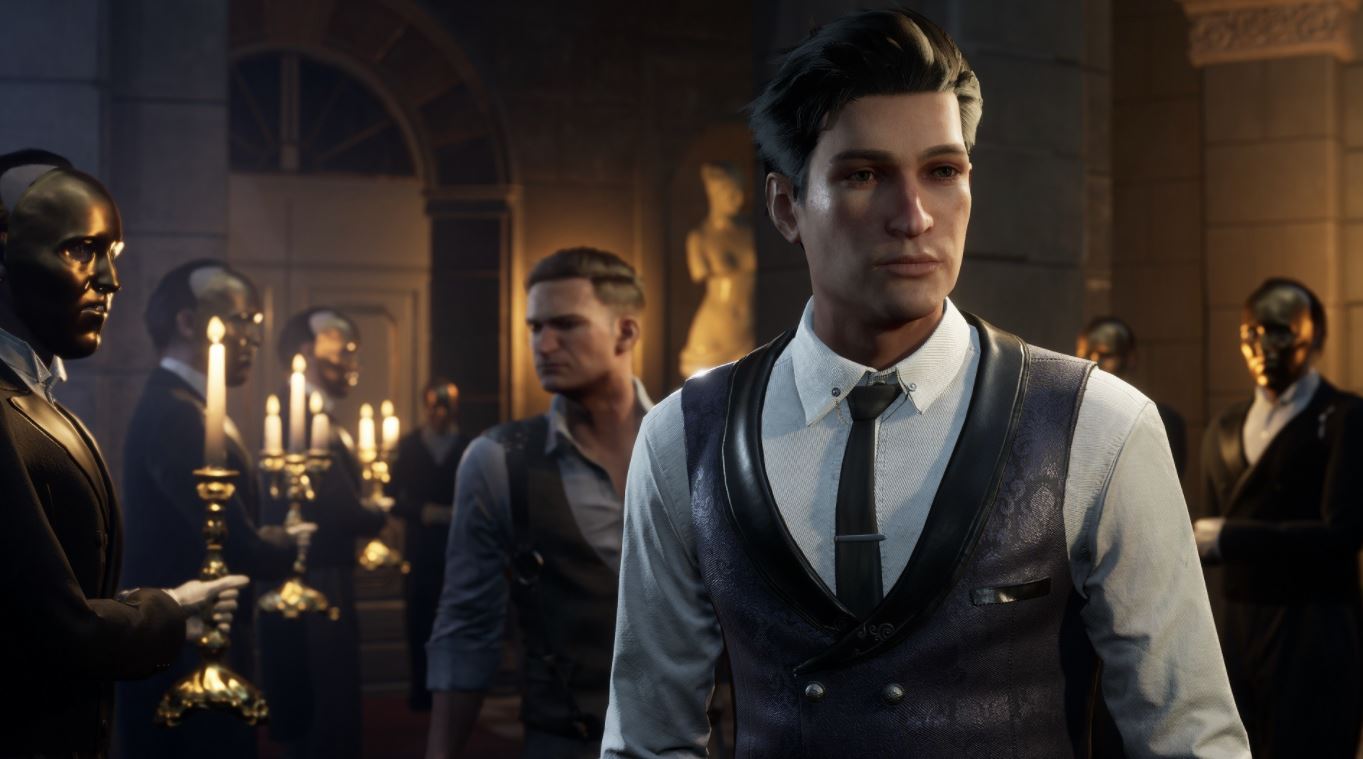 Anyhow, as the title implies, Sherlock Holmes: Chapter One whisks us back to the origins of the Pride of Baker Street, depicting an intellectually brilliant, if still maturing and occasionally aggressively pompous sleuth that is grappling with the recent passing of his mother – a formidable and looming figure in his life. Unfolding on the idyllic fictional Mediterranean island of Cardona, players take control of Sherlock as he lays his mother to rest, kicking off a whole series of events which suggest her death wasn’t as straightforward as it first seemed. The stuff of mysteries! 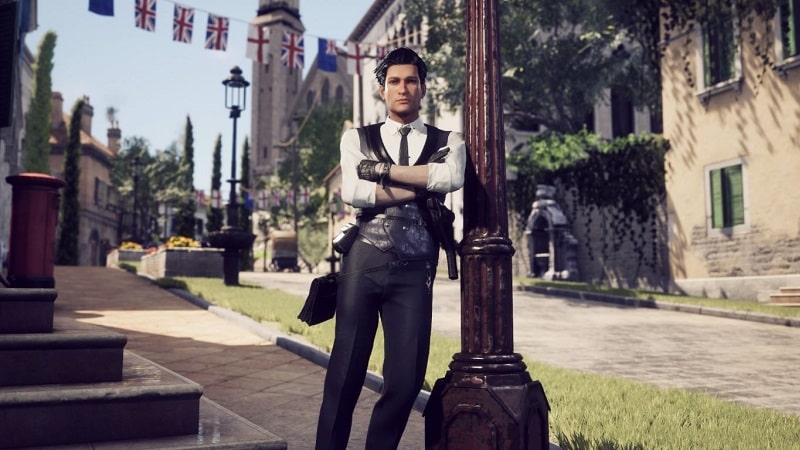 From the get go, Sherlock Holmes: Chapter One will prove warmly familiar to those who have played the previous two games (if you haven’t played them yourself, off you trot). The action unfolds from a third-person perspective and a flick of the analogue stick allows Sherlock to navigate the environment as he quizzes potential suspects and combs the environment for hidden clues.

For the uninitiated, not every area in the Sherlock Holmes: Chapter One is ripe for forensic examination and thankfully the game clearly points you toward the areas that can be searched for clues and those that cannot (a design decision that feels doubly rewarding in light of Chapter One’s deep lean into a much broader open world). In these situations Sherlock can interact with objects, spinning them and manurvering them around in real-time to uncover easy to miss details that in turn provide him with clues to follow up with in interrogations while also aiding him to create accurate deductions in his Mind Palace (but more on that in a bit).

In a manner not at all dissimilar to the visual cues seen in the brilliant, Benedict Cumberbatch show of the 2010s, Sherlock can also visually interrogate potential suspects and witnesses, using his keenly honed ocular senses to pick out tiny details that open up new lines of questioning. A British aristocrat might have a roughly flushed complexion, suggesting a reliance on alcohol while a seemingly upstanding Cordonian noble could have a gang tattoo on his inside wrist that points to a more unsavoury background. It’s properly good stuff that really draws you into the detective work and makes you feel like you’re actually playing a detective of some repute. 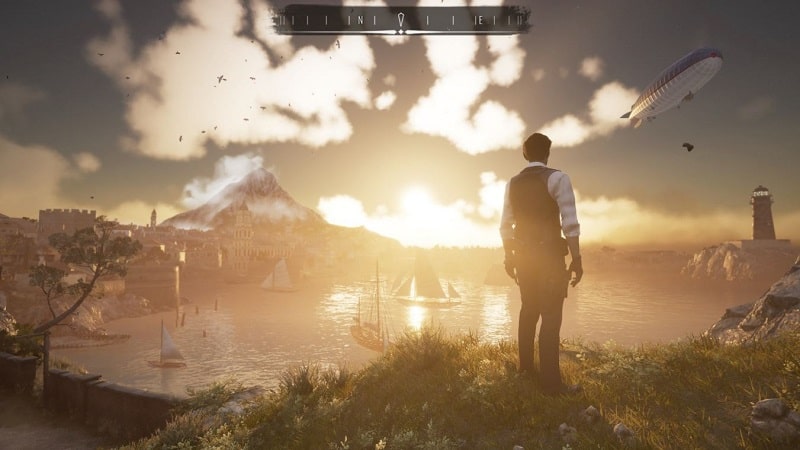 Elsewhere, Sherlock’s otherworldly perception figures into all of this detective work too. When enough clues have been collected, certain mysteries require Sherlock to employ his hyper developed visualisation skills to picture how events unfolded previously, requiring the player to chop and change certain characters at different intervals within what is essentially a diorama from the past to inform him about who might be guilty in the presence. If that wasn’t enough, Sherlock also boasts two very different visual modes as well – one allows him to pick out hidden details in the world that you wouldn’t normally be able to see with the naked eye, while the other permits him to identify certain special characteristics of anyone in the world before speaking to them.

Finally, Sherlock’s Mind Palace is essentially a repository of all the clues that he has collected thus far and from here, the player can use those various clues and discoveries to make deductions which will result in the actioning of one of a number of different conclusions. Again, for fans of the classic British detective in particular this feels like a proper ode to the sorts of heightened thought processes that he would go through, while also neatly serving Chapter One’s commitment to non-linear progression where each major case can be concluded in a different way.

As I’ve already outlined at the beginning of this review, whereas the previous two games played out much more linearly, with one case after another unfolding in an almost anthology style fashion, Sherlock Holmes: Chapter One instead embraces an open world style approach and it kinda works, but also… not really. First the good. By expanding the scope, width and breadth of Sherlock’s realm, Chapter One is a much larger game that either of the two previous efforts as a result and the newly expanded world means side quests, additional shops to pick up disguises and more besides. 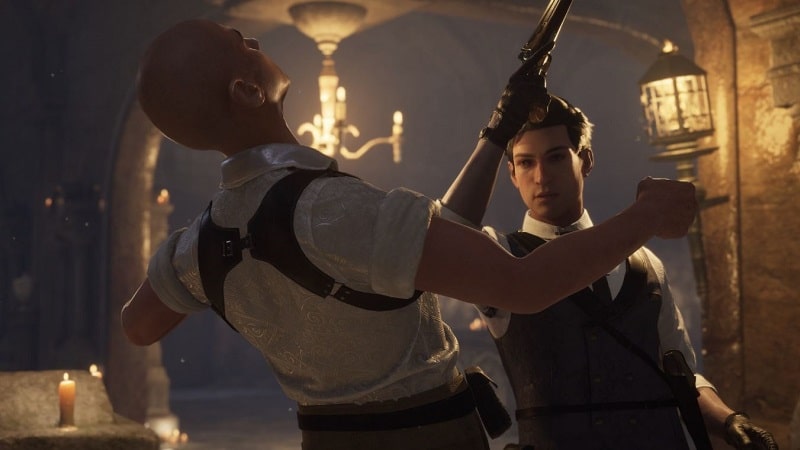 The downside of Chapter One’s open world is that, somewhat sadly, it’s not really a lot of fun to explore in-between the smattering of side quests and other stuff that you’ll get up to. Much of this comes down to the perception of Cardona itself and how it fits into the overarching narrative. You see the thing is, Cardona fails to make much of an impression. Whereas in the studios previous game, The Sinking City, the world was as much a character an integral part of the narrative (the clue is in the title), Cordona, despite its fresh Mediterranean architecture and sunny climes, never really manages that and instead has me pining for Frogwares much more intricate and narrowly focused reimagining of 19th century London – rain soaked cobblestones and all.

Another issue with Cordona’s open world are the folk that live in it. Not only are many of them copy and paste clones of one another, but they also spout a whole heap of repeated dialogue too, with much of it not matching the character. I’ve lost count of the number of times I’ve heard a North Yorkshire accent coming from an Italian or Cardonian maid saying the exact same thing I heard just a minute or two prior.

Certainly much of this is down to the studio itself – but not in the way that you might think. While Frogwares makes no bones about their studio size and the fact that they are by their own admission quite a ways off from being a full blown AAA developer, such production limitations do still sadly creep into the experience and can be quite noticeable during play – with the flaws in the open world, not to mention blocky video and occasionally janky physics and animations also being added into the mix (watching Sherlock run through doors without putting his hands on the handles to open them is still weird). 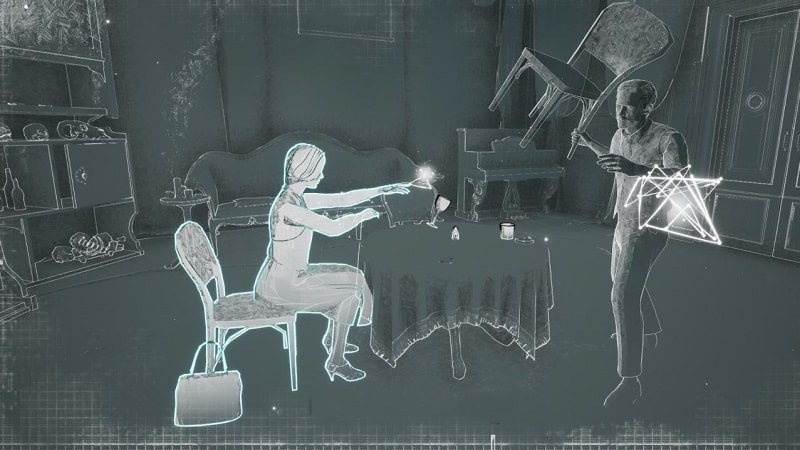 Another drawback that Sherlock Holmes: Chapter One has when compared to its forebears is in how it deals with combat. A largely flair-free affair, combat in Sherlock Holmes is predicated around identifying weak spots on enemies and blasting them away to trigger a QTE style sequence in order to finish them off. Further afield, elements in the environment can be blasted (such as pressure valves, lights and other such hazards) which effectively provide a shortcut of sorts straight to the QTE bit without you having to lay a single hit on your foes. It’s hardly riveting stuff and much like the open world into which Sherlock finds himself in, feels utterly surplus to the much more enjoyable detective work that the series has previously prided itself on.

Where Sherlock does some of its best work however, is in how the narrative shapes our sometimes abrasively arrogant detective from a cocky know-it-all to a more reflective individual that realises his emotions are his undoing and it’s great to see him develop in this way. Equally, if you’re wondering about the presence of Sherlock’s trusty friend John Watson, allow me to say that while he isn’t part of Chapter One’s sprawling narrative, a different ‘Jon’ features predominantly and without spoiling too much, is instrumental in shaping Sherlock’s emotional state as the story winds around to its conclusion.

Technically speaking, Sherlock Holmes: Chapter One is something of an uneven offering. While many of the characters (particularly Sherlock himself), are highly detailed and beautifully lit, some of the animations can look quite janky (see the door opening ‘animations’ from earlier) and the game visibly struggles to maintain 60 frames per second and seems to suffer especially badly when Sherlock is sprinting through the open world. Certainly this is nothing that a handful of patches would be able to address (for what it’s worth The Sinking City suffered a similar fate at launch), but it certainly is noticeable and not quite what we would expect from Sony’s current generation console. 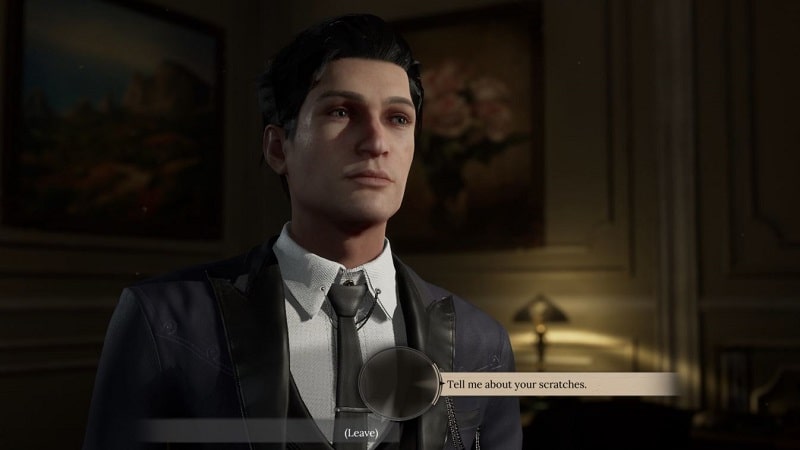 Ultimately, I can honestly say that I much preferred the smaller and more intimate scope of the previous Sherlock games. I’m not convinced that Sherlock really needs any sort of open world design and especially the sort that would appear as undercooked as the one which features in Sherlock Holmes: Chapter One. Certainly, there’s just no real incentive to explore any of it, while the repetitive dialogue and lack of any sort of real identity both serve to undercut any inclination you might have to wander away from the main and side quests that the game offers.

Sherlock Holmes: Chapter One is quite simply at its best when you’re solving clues, making deductions and pointing the finger at culprits. The open world meanwhile, just feels like undercooked bloat that serves to unmoor Sherlock Holmes from what he does best – detective work. That said, the brilliance of the previous Sherlock games from Frogwares is still unmistakably present in Sherlock Holmes: Chapter One, but like the titular super-slueth himself you’ll have to do some digging around to find it.

If you can get through the relatively humdrum, lifeless and unneeded open world of Sherlock Holmes: Chapter One you'll uncover a whip smart detective adventure that is up there with the series best. It's just a shame that a smattering of technical issues and poorly executed combat sections detract from what should have been the Pride of Baker Street's triumphant return to PlayStation.