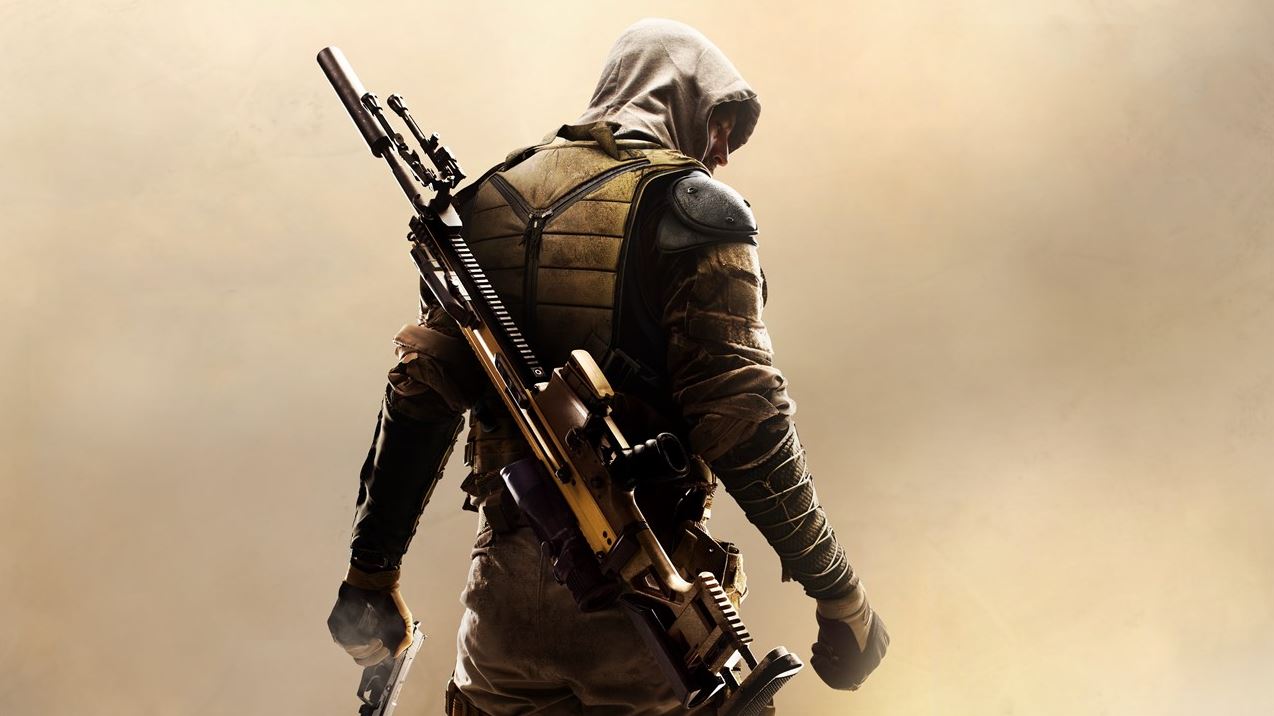 This is a series which I have long pondered about, asking why it exists and why none of the games ever seem to learn from one another has finally learnt some of those lessons. While not perfect, CI Games have delivered a functional and enjoyable sniping simulation that offers a “turn your brain off” experience that is a refreshing change for the FPS genre.

You are still a contractor for hire, and as Raven, this contractor, you are sent off to the Middle East to dispatch with a number of targets and complete a list of objectives. 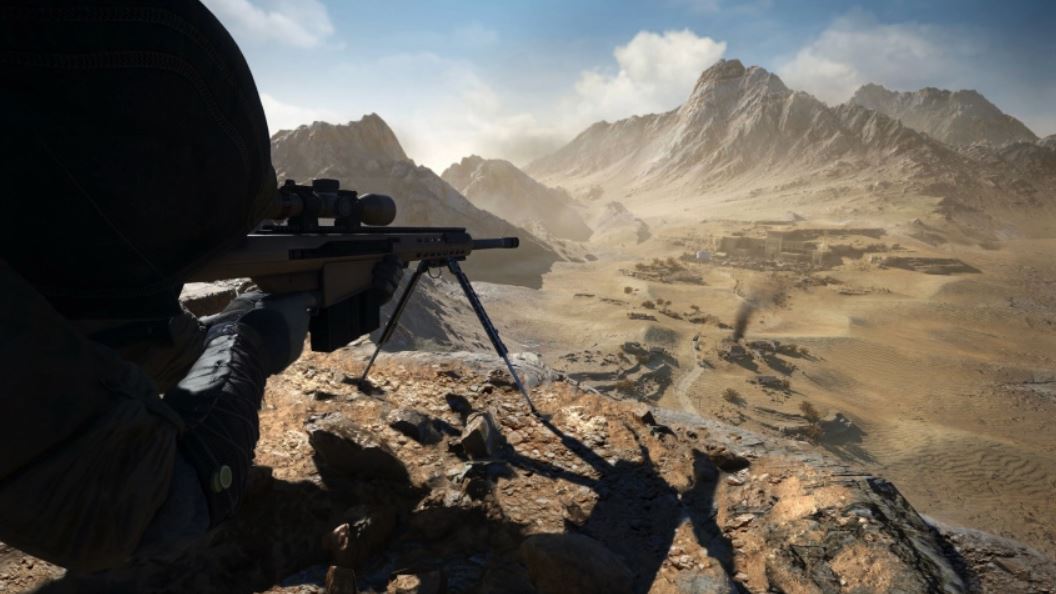 While the story definitely isn’t anything to ride home about, it is easier to follow than in the last game, mostly due to CI Games wrapping up the briefing about as quickly as it starts and leaving you to go off and snipe some people.

I will also say that the game does a better job of making your targets more interesting this time around, offering unique looks or situations, or just describing their backstory better. It still isn’t anything fantastic but it at least gets you a bit more invested in who you are on the hunt for.

As with the last entry in the Contracts sub-series of Sniper Ghost Warrior, the main campaign is split into about a half a dozen contracts for you to work your way through, each with its own accolades, objectives, challenges, and collectibles to complete and hunt down.

The contracts here are much more interesting with more varied objectives and unique scenarios for you to snipe people from. It feels rewarding to line up a shot perfectly from a sniping perch, using environmental hazards to take out your enemy or solve a problem you have been presented with.

For example, while chasing down one target, a number of shutters were closed which blocked off my line of sight. But, by shooting some electrical boxes in the environment I was able to lift those shutters and snipe my target just as he walked in front of a window. There are truly some enjoyable puzzle-solving moments like this here. 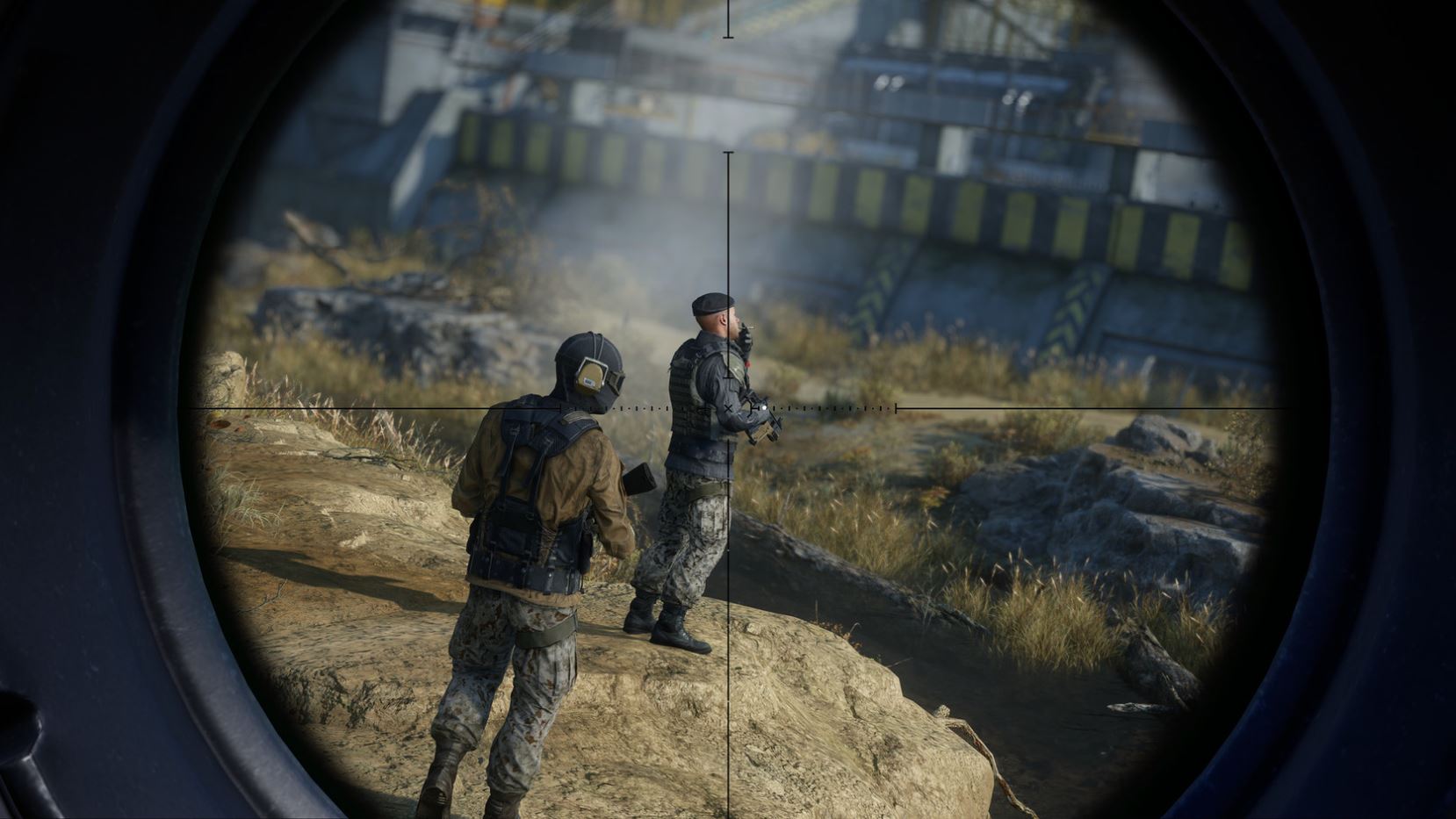 To the same degree, improvements have been made to the level design and just what you get up to in them. Instead of being dropped into a map with tons of markers to figure out and plant waypoints on you are giving some core objectives that need to be completed, but can then find more by exploring the map organically.

I had a lot of fun just wandering around and making sure I covered each section of the map to pick up collectibles or to find side objectives that were completely optional.

Sure Sniper Ghost Warrior Contracts 2 is a checklist game with a bunch of stuff to tick off, but it is inventive with how it presents those tickboxes. Instead of laying it all out for you, you discover more by exploring new areas and that creates a much more rewarding feeling than just working through a to-do list. 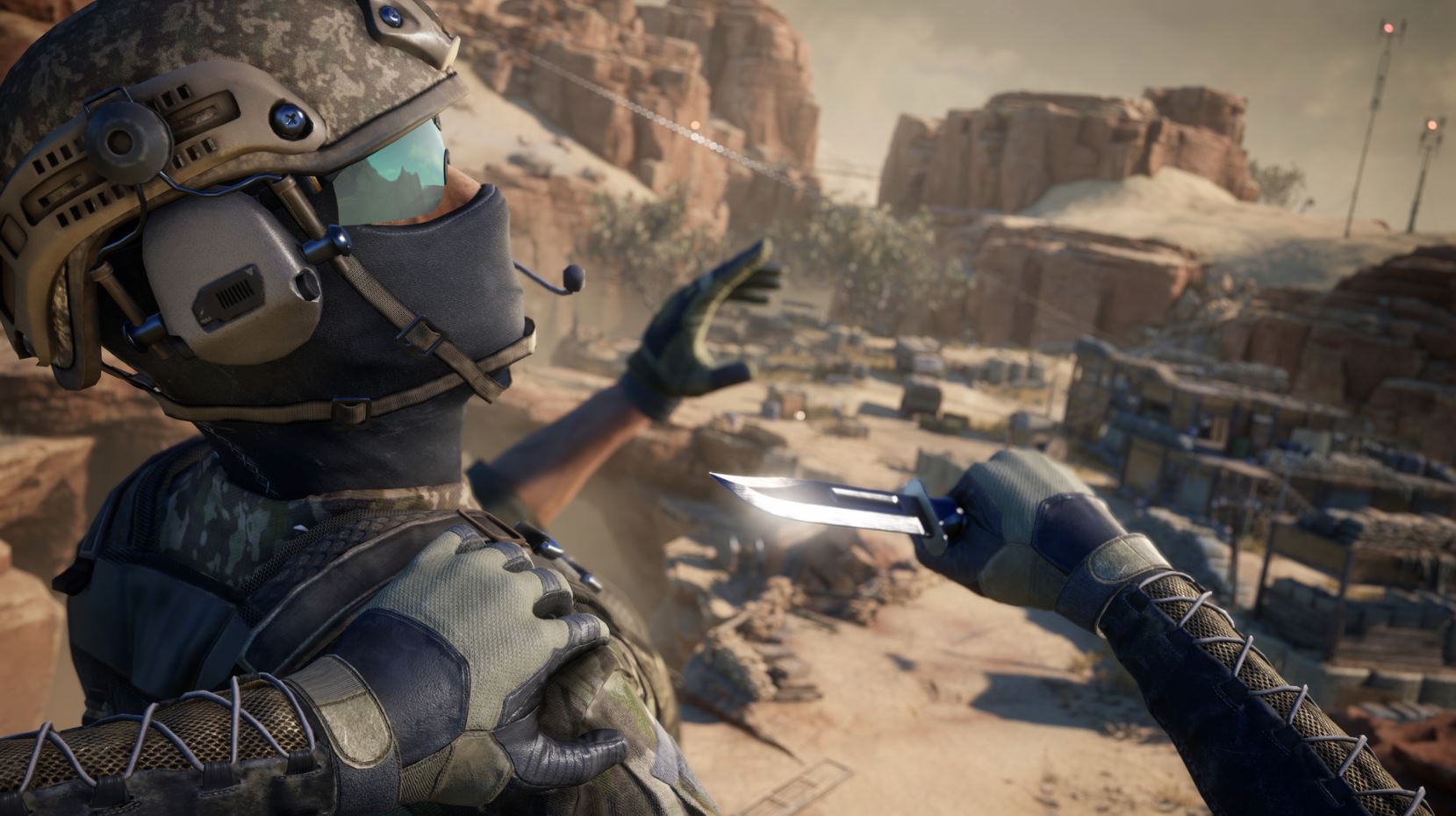 Pass On Progression But A Positive For Performance

Sniper Ghost Warrior Contracts 2 does have an initially daunting progression system, full of weapons to equip and select, skills to obtain, and gadgets to bring into the field with you.

While it does offer a lot of choices, from camos to attachments and more, it ultimately never really feels like it makes a huge difference and in all honesty, you can go into any mission with virtually any class and still succeed.

Gunplay is also smoother in the sequel and all the weapons feel and handle much better than they ever have in a Sniper Ghost Warrior game. 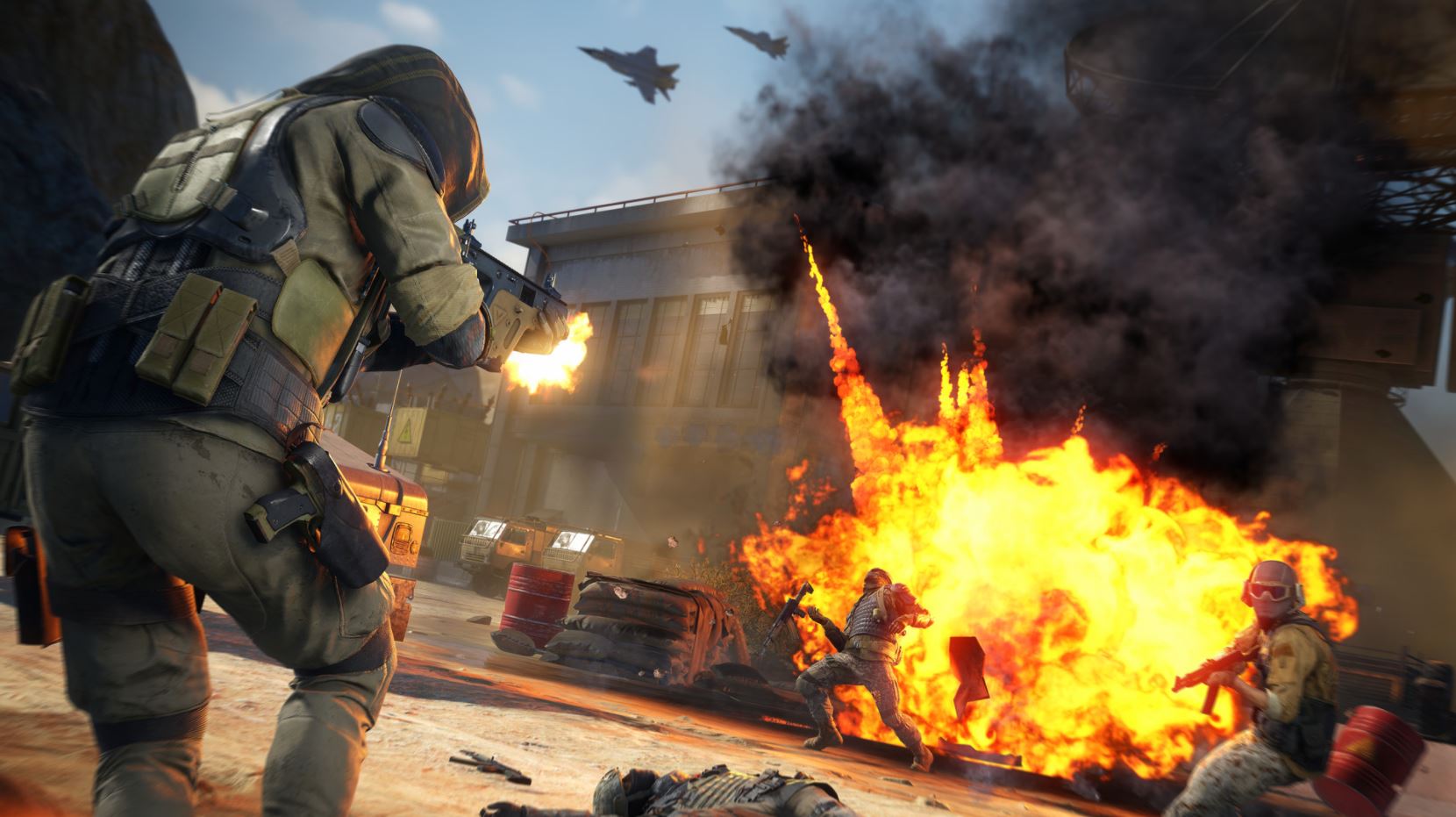 One major positive though with this second entry in the series is that the performance is much better. Crashes were non-existent and the enemy A.I. has been significantly improved, no longer glitching around and standing still when a fight breaks.

The issue of being targeted and killed far too quickly has also been resolved with maps that benefit the sniping role much better than anything that was ever in the first game.

The whole package here just slots together much better than the first game and it is glad to see CI Games finally put out a functional and enjoyable Sniper Ghost Warrior game.

A Step In The Right Direction

Sniper Ghost Warrior Contracts 2 is a big step in the right direction for CI Games. The gunplay and gameplay are the smoothest it has ever been in the franchise and a solid footing has been found for the level structure, objectives, and moment-to-moment situations you find yourself in when sniping your enemies.

While it does run well, the overall lack of content does hurt the product a bit as it doesn’t really feel like you are getting enough diversity for the price and length on offer. The story also doesn’t do Contracts 2 any favours.

Nevertheless, if you are looking for a fun sniping experience, you can play while you listen to a podcast or to release tension after work then Sniper Ghost Warrior Contracts 2 is worth a look.

Sniper Ghost Warrior Contracts 2 is available now on PS4 and is playable on PS5 via backwards compatibility.

Sniper Ghost Warrior Contracts 2 is a step up for CI Games and the franchise. Running much better than its predecessor and finding the right gameplay formula, the experience is a fun one that allows you to turn your brain off and just let loose, sniping some fools from a cliffside. Whilst not amazing, I am hopeful for the future of the franchise and where CI Games takes it.