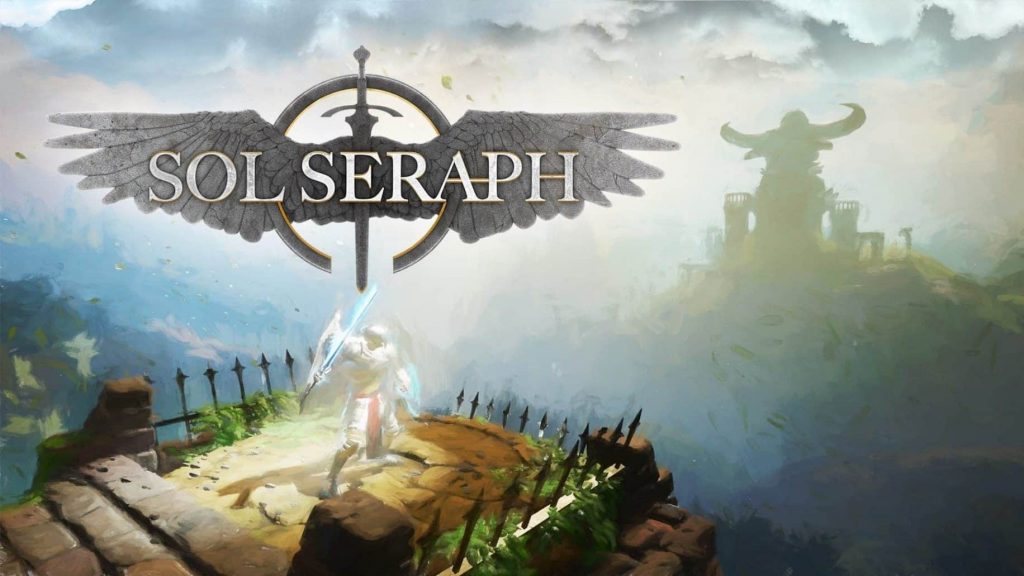 SolSeraph is an interesting title. Blending three different genres into one game isn’t an easy task but SolSeraph attempts it to the best of its ability. A spiritual successor to ActRaiser, a Super Nintendo city-building platformer. SolSeraph keeps the spirit of ActRaiser alive by mimicking its simple platforming sections but modernizing it as best it can. The problem with SoSeraph is that it does executes each of these mechanics to a bare minimum standard, however

Trying to save mankind one person at a time

SolSeraph tells the story of Helios, an angel who decides to descend from the clouds and help humanity battle the forces of evil that have begun to plague the land. The world is shrouded in darkness and the monsters of Chaos now roam the land. In order to restore light to the world Helios must help the remaining humans not only survive their own extinction but put an end to the Chaos and its lieutenants.

Helios must travel to different lands inhabited by different humans of different races and each region faces its own problems and its own evil. The remaining humans pray for Helios’ aid which allows him to find them and essentially help them. The premise being that the forces of Chaos are quickly approaching the final settlements of humanity and you must help them prepare for battle.

SolSeraph is essentially three games in one. A city-builder, and tower defense game, and a 2D Platforming action game. In order to stop the forces of Chaos, you must help build up the town and its defenses. Building the town ultimately isn’t hard and everything is explained pretty well in the game’s tutorials.

Everything works how you would expect. First, you need to expand the camp’s population which you do by building homes. Once you have enough homes you have to find a way to feed them and keep them nourished. Resources are a precious commodity, at least the game makes you believe that. The only real resource you have to work for is wood. Wood can be hard to find and will force you to build roads leading far from your base to find more.

The city building just doesn’t do enough to make it stand out or challenging. The biggest challenge comes from the limit the game sets on you. You can only have a certain amount of citizens, wood, and food. Once you reach the limit you can’t build or expand your town any further. It’s a very limited system that just does the bare minimum to get by.

As you help different civilizations you’ll unlock new buildings to build and constuct new defenses. Unfortunately, most of these newer buildings simply enhance your defenses or allow you to farm food without having to use Helios special abilities. Helios himself flies around the over map. He has his own powers that he can use to help the citizens like watering the land by creating rain making it fertile. He can also put out fires caused by monsters. His other abilities are more offensive like striking enemies down with lighting, for example.

Protect your towns with angelic powers

The tower defense mechanics don’t really pose too much of a challenge. As you build your base you have to make sure to have enough citizens and wood, lest you find yourself left defenseless. Barracks and watchtowers are your first line of defense and quite honestly the only ones you really need. You do unlock magic towers and special bomb traps but they take too long to attack and don’t really do much damage.

The tower defense portion of the game isn’t very hard. The monsters follow a clear path along a set road and never deviate from this road, In order for Helios to dispel the darkness, he must destroy enemy bases which can only be revealed by building shrines next to the darkness protecting them. These shrines dispel the darkness allowing Helios to jump into the base and destroy it, at which point Helios must destroy all the enemy basses to gain access to the Chaos Lieutenants. This, unfortunately, doesn’t keep the monsters from coming out of the bases during the tower defense portion of the game.

The 2D platforming of SolSeraph, much like the other portions of the game feels very bare. The game never truly takes any big chances but that’s not necessarily a bad thing. SolSerph’s platforming is fairly traditional, Helios isn’t very powerful for an angel and fights more like a standard warrior he doesn’t really have special abilities until you unlock them by defeating lieutenants. The most useful of these abilities is his bow and arrow allowing him to pick off enemies from a distance.

SolSeraph’s platforming is as traditional as it gets

The platforming sections aren’t difficult for the most part but can get overwhelming when there are too many enemies on screen. Enemies will attack you for the foreground and background, you can’t defeat these enemies and have to simply avoid their attacks while in a skirmish. Not all of these platforming sections are entire levels though, as some of them simply drop you into an enemy camp and asks you to defeat all the Chaos to complete the level.

One big problem comes from the lack of checkpoints. some levels will have them and others won’t. This can become a huge problem because once you die, you have to start the entire mission from scratch which can be quite infuriating.

SolSeraph is a decent game that just does the bare minimum to get by. It’s three different gameplay mechanics play it safe and put constant restrictions on the city building mechanic while the platforming and combat don’t really improve what some have played over twenty years ago.

SolSeraph is a good game that tries to do too much. Unfortunately, everything it does is the bare minimum and never really pushes itself to be great. All in all, SolSeraph is a safe and enjoyable title.