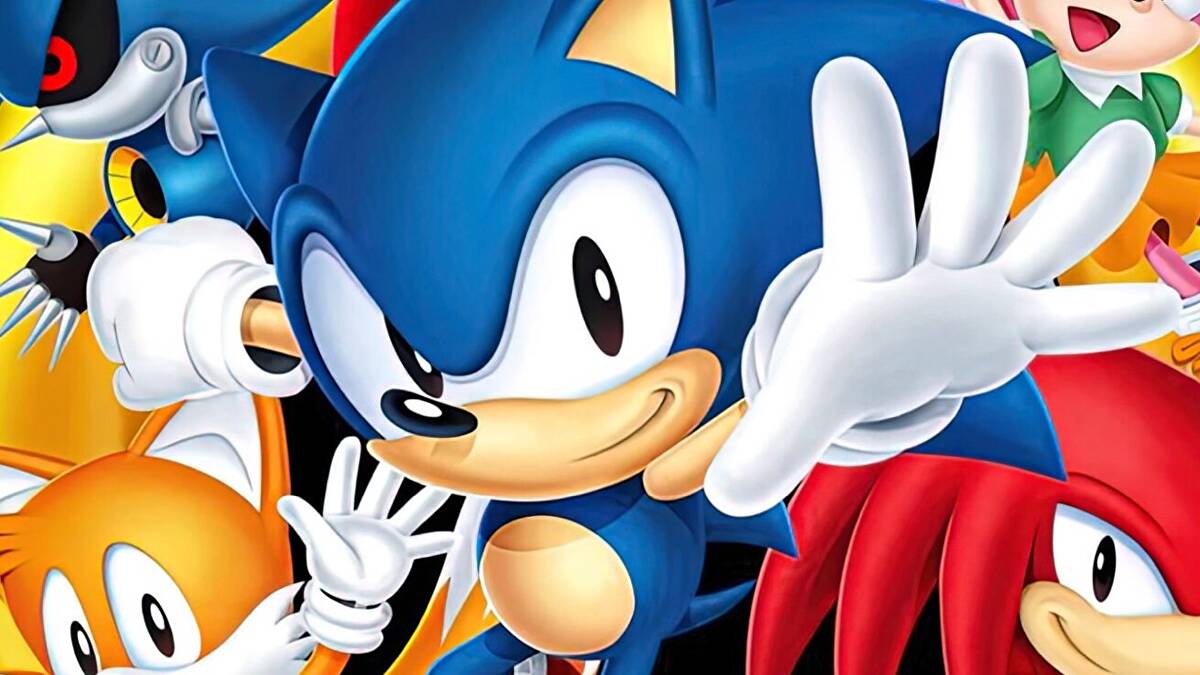 Sonic Origins PS5 Review. SEGA‘s celebrating 30 years of Sonic the Hedgehog (well, okay, he’s technically 31 this year, but who’s counting?) with a bunch of new releases, and what better way to mark three decades with the chilli dog-scoffing, wise-cracking Blue Blur than a remastered collection of his most beloved 2D classics?

These legendary games are an interesting topic, least of all because they mean different things to different people. For me, being 38, I grew up with SEGA’s spiky blue mascot, spending many school nights and weekends ploughing through the original trilogy.

As such, firing up Sonic Origins was like busting open the lid on a time capsule straight from the early 90s. I swear I could almost smell the primary school dinners and hear Right Said Fred.

Fuzzy thoughts are reignited with a rush of nostalgia and new-found clarify, recalling playground rows about who would win in a punch-up between Mario and Sonic, or bragging to your mates about nabbing all the Chaos Emeralds.

These pre-Internet days were also ripe for perpetuating Sonic urban myths, like Knuckles being playable in Sonic 1 via lock-on or Tails dying in Sonic 2 after his plane went down. Good times.

Fortunately, Sonic Origins has preserved these classic games with the care and attention they deserve, with a solid chunk of extras thrown for the Sonic aficionado to really appreciate. But just how do they stack up after 30 years?

Classic Sonic Arrives On PS5 Looking Better Than Ever

The first thing you’ll notice about Sonic Origins how sharp the visuals look. Yes, they’re 30-year-old sprites, but the colors pop with vibrancy, highlighting just how diverse and recognisable the background and iconic baddies are. 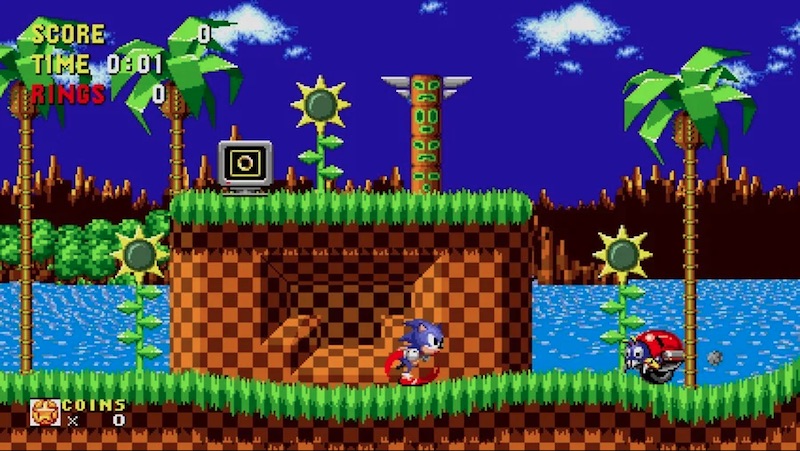 Each Zone is a character in itself, whether it be the lush vegetation of Green Hill Zone, the almost labyrinthine nature of Mystic Cave, to the grandeur of Sky Sanctuary and the mechanised chaos of Death Egg.

There’s no nasty screen tearing or clipping, and the silky-smooth 60 FPS performance ensures Sonic, Tails, and Knuckles cruise through each Zone free of any technical hiccups.

This is particularly noticeable during the Sonic 2 special stages, with much of your view in the original version obfuscated by jerky movement and pixellated visuals.

While you can preserve the original 16:9 picture in Classic Mode, the new Anniversary Mode bumps the view to widescreen and removes lives in favour of coins, which are used to unlock bonus content (more on that later). It looks great, and really helps on some stages where the original ratio felt restricting.

Oh, and you also get some killer animated prologue and ending sequences, which got me totally nostalgic for the 90s cartoon Adventures of Sonic the Hedgehog.

And then there’s the games themselves, which includes what I consider to be the Blue Blur’s crowning triumph: Sonic 3 & Knuckles.

Four Classic Sonic Games That Stand The Test Of Time

Playing them now, it’s surprising to see that a franchise build around speed and momentum has plenty of hidden nuances when it comes to platforming. Sonic the Hedgehog and Sonic 2 for example hold impressive amounts of verticality in their level designs, and many times you’re required to slow Sonic down to perform some tricky leaps. 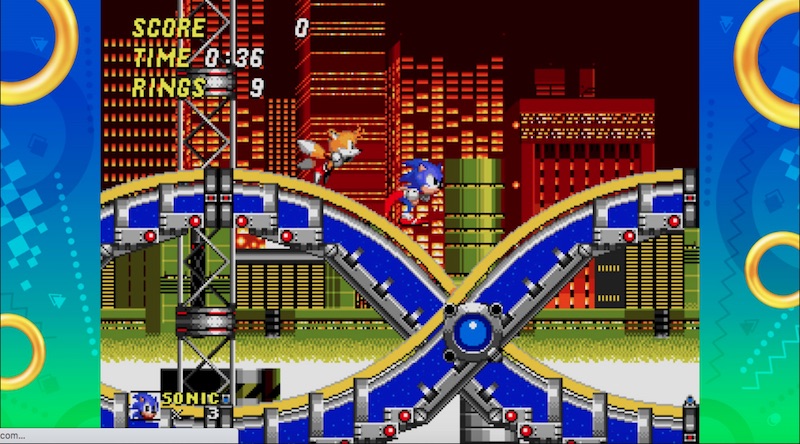 Meanwhile, the classic Sonic paradigm of bonking badniks over the head, nabbing rings, and battling against an array of superbly-designed bosses never gets old.

Sonic CD in particular is a standout, least of all because it’s probably the one game in the collection many haven’t played due to originating on an obscure system.

The time travel mechanic found here lends the game a unique feel, and gives the standard gameplay a new wrinkle. Here, Sonic is able to travel back to the past and future incarnations of each Zone, with different outcomes depending if he managed to destroy one of Dr. Eggman’s hidden machines.

As such, zones are much larger than previous Sonic games as they are designed to accommodate more hidden areas to give players incentive to explore. Furthermore, the aesthetics of each stage are unique depending on if you get a ‘bad future’ or a ‘good future.’

Sonic 3 & Knuckles meanwhile is the peak of the blue speedster’s 16-bit antics; a mammoth adventure combining two separate games (Sonic 3 was originally conceived as a two-part game, after all) and three playable characters in Sonic, Tails, and Knuckles.

Speed Is Key, But Sonic’s Platforming Is Still Top Tier

Of all the games, speed here is perhaps most prominent. Sonic and chums are rocketed through stages by loops and other devices that ensure your characters’ legs are an almost perpetual blur of motion. 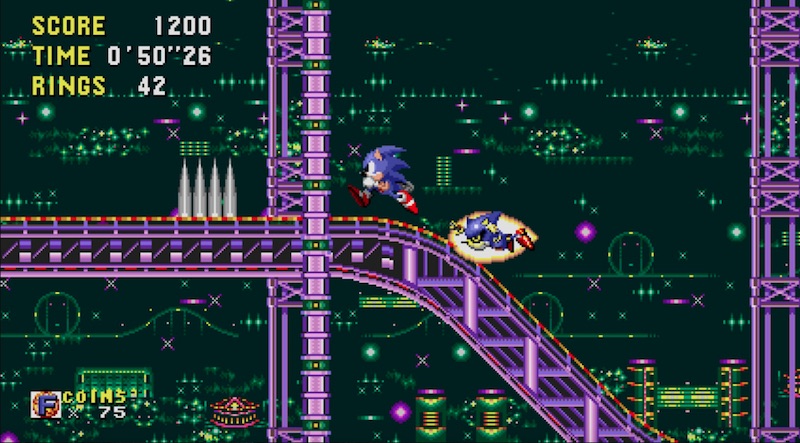 And yet, Sonic Team wisely punctuates each stage with plenty of hidden secrets, leveraging verticality, new abilities (Tails’ flight and Knuckles’ climbing in particular) and multiple routes to encourage exploration at a slower pace.

Despite the focus on speed, Sonic and chums never feel out of your control – a problem that has become a thorn in the side of more recent entries.

Squeezing the D-pad in the opposite direction to the speedy fellas will grind to a halt, while nudging forward will ensure you carefully traverse precarious platforms with ease. Unlike Sonic the Hedgehog 4, these 16-bit treasures nail the sense of gravity with each jump; you can almost feel the weight shift, whether you’re clawing for height or hopping barely above ground.

It’s all thanks to the superb controls, which never make you feel like the game is guiding you along itself. Mario has always been applauded for his platforming expertise, but Sonic is no slouch either.

Bosses and enemies also give each game a unique identity, from Dr. Eggman’s various mechanical cronies to the epic rucks with the man himself. Bosses are generally not too tough, but each one offers a distinct pattern and gimmick ensuring they ooze personality and linger in your mind.

Tons Of Great Extras That Fans & Newcomers Can Appreciate

Are the games perfect? No, but we’re nitpicking here. Sonic and co still have a knack for colliding with enemies at full speed as they lie in wait just out of view, and there’s some notoriously tricky special stages and difficult spikes, particularly in Sonic 1 & 2 that will have you tearing your hair out. 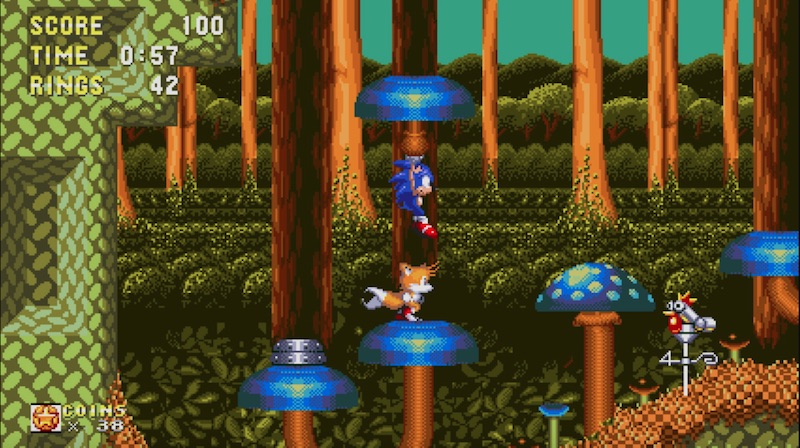 So, what of the extra content? The mission mode isn’t too shabby for what it’s worth, offering bite-sized challenges plucked on stages from all four games in the collection, rewarding coins based on your rank.

These can also be acquired in Anniversary Mode as mentioned, and can be spent in the Museum to unlock illustrations, movies, and music. For fans, both modes offer a nice distraction from the main content, while newcomers will appreciate Mission mode for learning the ropes.

You also have Boss Rush Mode if you fancy perfecting your skills against Dr. Eggman’s numerous incarnations, and it’s fun for what it is. Meanwhile, Story Mode has you playing all four games in sequence.

Oh, and I should mention that the scrapped Hidden Palace Zone has been completely remade here for Sonic 2, and it looks and plays great.

Sonic Origins is a collection Sonic’s most memorable outings, and personally, the only way SEGA could have celebrated such a major milestone for the spiky fella. Not only do they still play great, but they look brilliant in HD and the amount of extras is a nice nod to longtime fans. Even if you’re a newcomer, you simply cannot miss out on these 16-bit gems.

Sonic Origins is a fantastic celebration of 30 years of SEGA's spiky blue mascot, offering four of the best platformers money can buy and chucking in a bunch of great extras that long-time fans can appreciate. Regardless of where the Blue Blur head next, Sonic Origins is a reminder of just how damn good these timeless classics are.