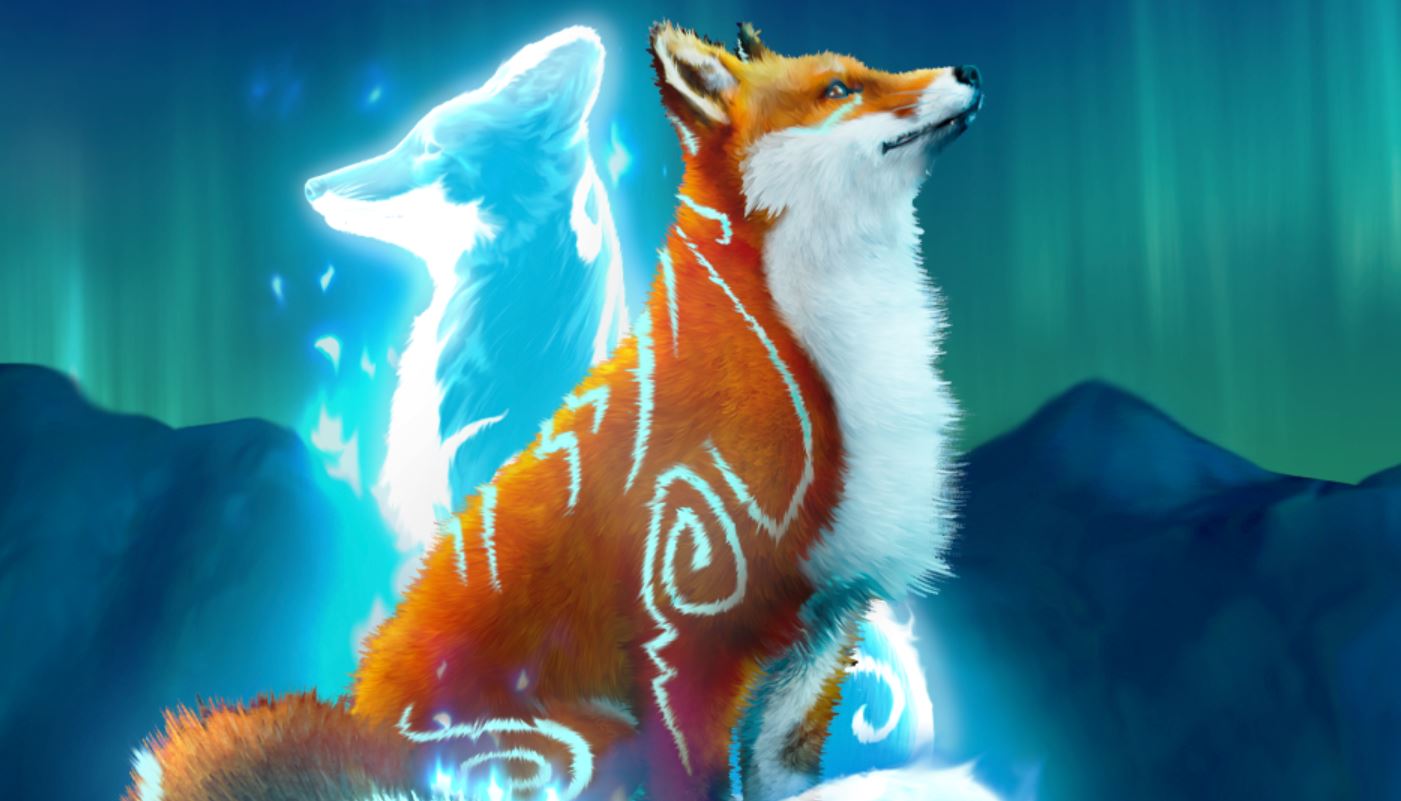 A World To Explore On Your Own

On your journey, you will discover a female spirit fox who you follow and slowly learn more about as you delve a little deeper into the spirit world she comes from and slowly interact with it more and more.

There isn’t much to the game’s overall story, but the landscape has been corrupted by the Plague and you have to go around destroying this Plague Tethers to bring the world back to normality. In general, I found the story to be what carried me through, with me wanting to learn more about this spirit world and just what was going on. But, ultimately the ending of the game doesn’t pay off in any major way and I left the story knowing about as much about the world as when I first started the game.

The gameplay here also didn’t manage to keep me intrigued. The two core pillars involve exploring the world and solving light environmental puzzles using the various powers your fox has and gains as he becomes more involved with his female fox companion.

Over time you get the ability to cause a spirit explosion, dash, and transfer your spirit to standing stones opening up doorways, creating new platforms, and clearing plague tethers from the environment. Whilst the game is short enough for this flow to never become laborious (about 5 hours), I can’t say I ever really found it fun or engaging outside of a handful of situations where the puzzles were set up in challenging and unique ways.

Outside of the core puzzles, there are staffs you can find and give to dead shaman around the games eight chapters, awakening them. However, there isn’t any gameplay bonus from what I can see and don’t have much point apart from building the world a little and fattening out the trophy list.

Easily the most impressive part of Spirit of the North Enhanced Edition is the visual upgrade it receives from being on PS5. The game looks stunning in most areas with its 4K resolution and uses color and visual and environmental effects excellently creating some gorgeous scenes.

The opening of the game is by far the worst looking part of this Enhanced Edition, with ice blocks and textures for icicles looking gaudy and simplistic. And, when compared to the impressive open landscapes and great use of color later in the game, the blemishes of this opening only stand out more. These later parts of the game are a great technical showcase for the PS5 and whilst Spirit of the North Enhanced Edition isn’t the most polished game out there, some scenes looked far more impressive than what I have seen in AAA games released in the past month for Sony’s new platform.

I don’t know if the game had excellent reflections when it released on PS4, but Infuse Studio’s title has some great water reflections, to the point where it might even utilise ray-tracing. However, the game and its description don’t make any mention of this feature. Needless to say, the water and reflections (of which there are a lot) look great.

However, not all of Spirit of the North Enhanced Edition looks great. The game still suffers from some low-quality textures and some items stand out in detailed environments, especially if they look quite rigid. It isn’t a major problem, but it is noticeable, especially now that everything is clearer at 4K.

As I mentioned Spirit Of The North on PS5 still feels rough in a few places. Beyond some poor textures, clipping still occurs fairly often, especially when carrying a staff through a narrow corridor. On top of that, your fox will just have the staff teleport to them as they pick it up with their mouth most of the time, whilst they try to bend down and pick it up correctly before quickly having it jolt to the side and into its mouth.

On the more severe side, The game has a pretty annoying camera issue, with it jolting forward or backwards as it passes over an obstacle. To me, it looked like the camera wanted to switch to a more zoomed out view, but because you climb obstacles so fast and can run in the game when it would try to do this it would quickly jolt forward again and return to a normal position, giving it an annoying spasm that frustrated me quite often while playing.

I also encountered a fairly significant save bug, which meant that when I clicked continue game it would load me into the last checkpoint of the chapter before where I was at, rather than inside the new chapter. Luckily the game has a chapter select and I could choose chapter 6 from there but initially, I thought I would have to play the whole of chapter 5 again as the item I needed to progress didn’t spawn when I loaded into the game.

This also allows me to bring up the fairly abysmal checkpoint system in Spirit of the North. Luckily the game is so short and chapters only get as long as 45 minutes, but for those that accidentally end their play session in the middle of one they will likely have to replay a good chunk of the level again when loading back in. My advice is to play a chapter at a time and only quit to the PS5 UI when you have loaded into a new one.

A Pretty Indie Title, But Not Much Reason To Buy Again

Spirit of the North Enhanced Edition is a gorgeous looking game most of the time, with a 4K resolution and 60 FPS gameplay. But, with the same gameplay, a collection of bugs and technical issues, I don’t really see much of a reason for you to buy it, especially given the price hike of anywhere between $10/£10 – $15/£15 depending on where you shop.

There is nothing particularly bad about this title but there is also nothing here that makes it worth a buy on PS5, especially given the lack of gameplay changes and poor use of the DualSense controller. If you are looking for a light, easy-breezy indie adventure-puzzler to work your way through on PS5 this might be your only choice, but for those on the fence or returning players, there isn’t much of a reason to come back and explore the spirit world in 4K.

Spirit Of The North Enhanced Edition is available now on PS5.

Spirit of the North Enhanced Edition may look great at 4K and run smoother at 60 FPS, but with no gameplay changes, barely any meaningful use of the DualSense, and a lack of gameplay improvements the indie-adventure doesn't offer much of a reason to play. This enhanced edition isn't bad by any means, but it just doesn't offer much of a reason to check it out for new or returning players, especially given the price increase.

Spirit Of The North Enhanced Edition