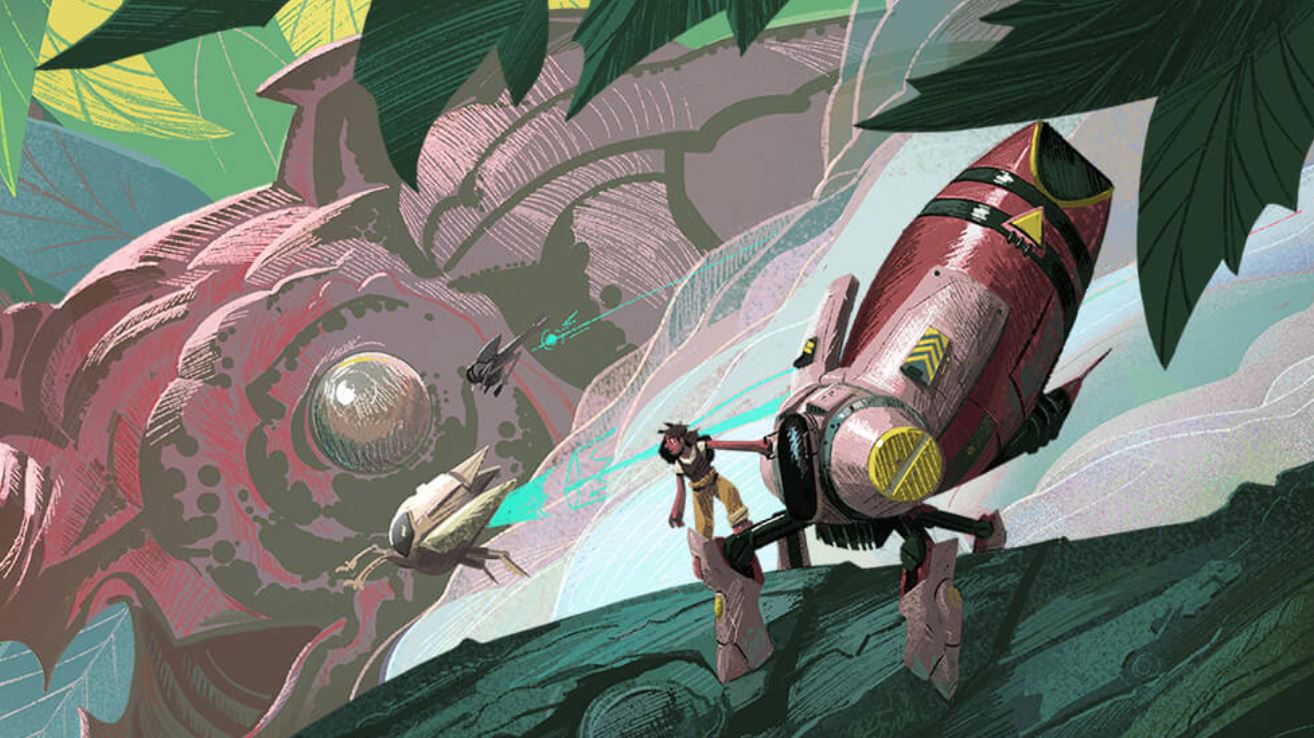 Stonefly PS4 Review – I am a huge fan of Flight School Studio‘s Creature In The Well, a unique and fascinating game that uses the idea of pinball and turns it into a mystical and enchanting combat-focused dungeon crawler.

But their latest title, Stonefly, unfortunately, doesn’t hold a candle to the kinetic gameplay Creature In The Well offered. In fact, the gameplay is Stonefly‘s weakest aspect and the experience is only saved slightly by a visually gorgeous art style and aesthetic and the incredible sense of atmosphere Flight School Studio creates at points.

As Annika Stonefly, you live in the world of treetops and branches, heading out in mechs shaped like bugs to collect materials for your family and yourself. One day Annika accidentally leaves the door to her Father’s prized mech unlocked, and when they both wake up in the morning, the mech has disappeared.

With her Father distraught, Annika goes out on a trip to find this mech, using bugs initially to traverse the woodland before eventually finding another bug-like mech to use for the bulk of the journey. 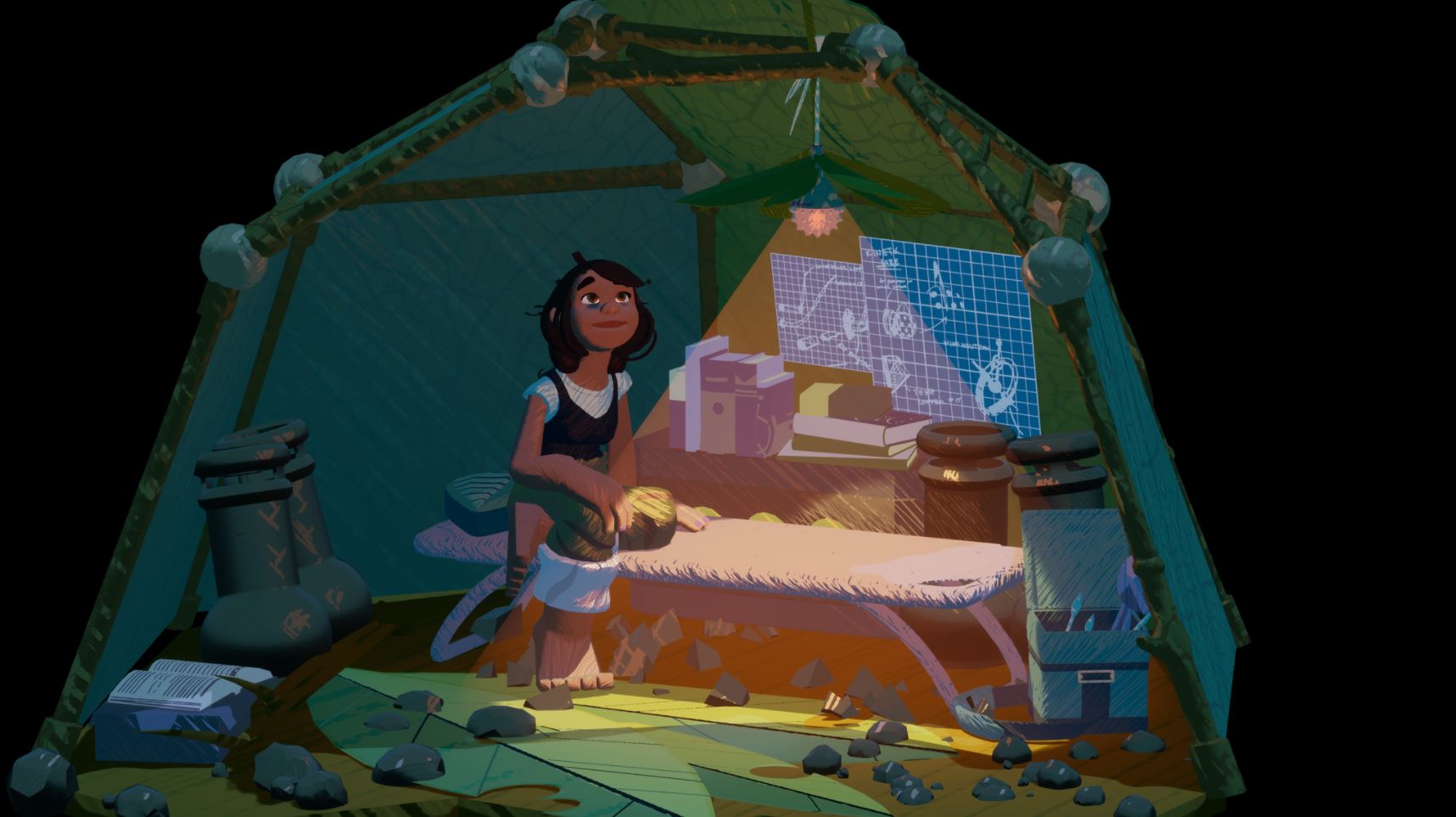 Whilst offering up a very different kind of experience for the studio, Stonefly’s story is a heartfelt one and enjoyable, although the limited budget of this game shows itself in some damaging ways. The lack of any voice acting really doesn’t help the narrative with dialogue not really feeling impactful or at all dramatic. This is worsened by the fact that many, many chats between characters are just completely absent of music or atmosphere.

Instead, there is just dead silence or the small caw and chirp of birds and insects in the distance. It really sucked all the life out of the character interactions and the moments where you meet new people.

These moments just feel dead, lifeless, and what makes it even stranger is that music plays while you are exploring, walking around, and listening to music, but as soon as you transition to a cutscene, all of that is sucked right out of the air.

Trying To Enjoy The Journey

The main gameplay moments in Stonefly, between the story sequences, are exploration sections where pilot this mech you find, using the wind to glide from branch to branch. These pure exploration moments are incredibly atmospheric and peaceful.

Drifting from branch to branch and landing on branches before leaping back into the air feels tactile. It is impressive just how the team was able to convey the feeling of a bug crawling over a branch. 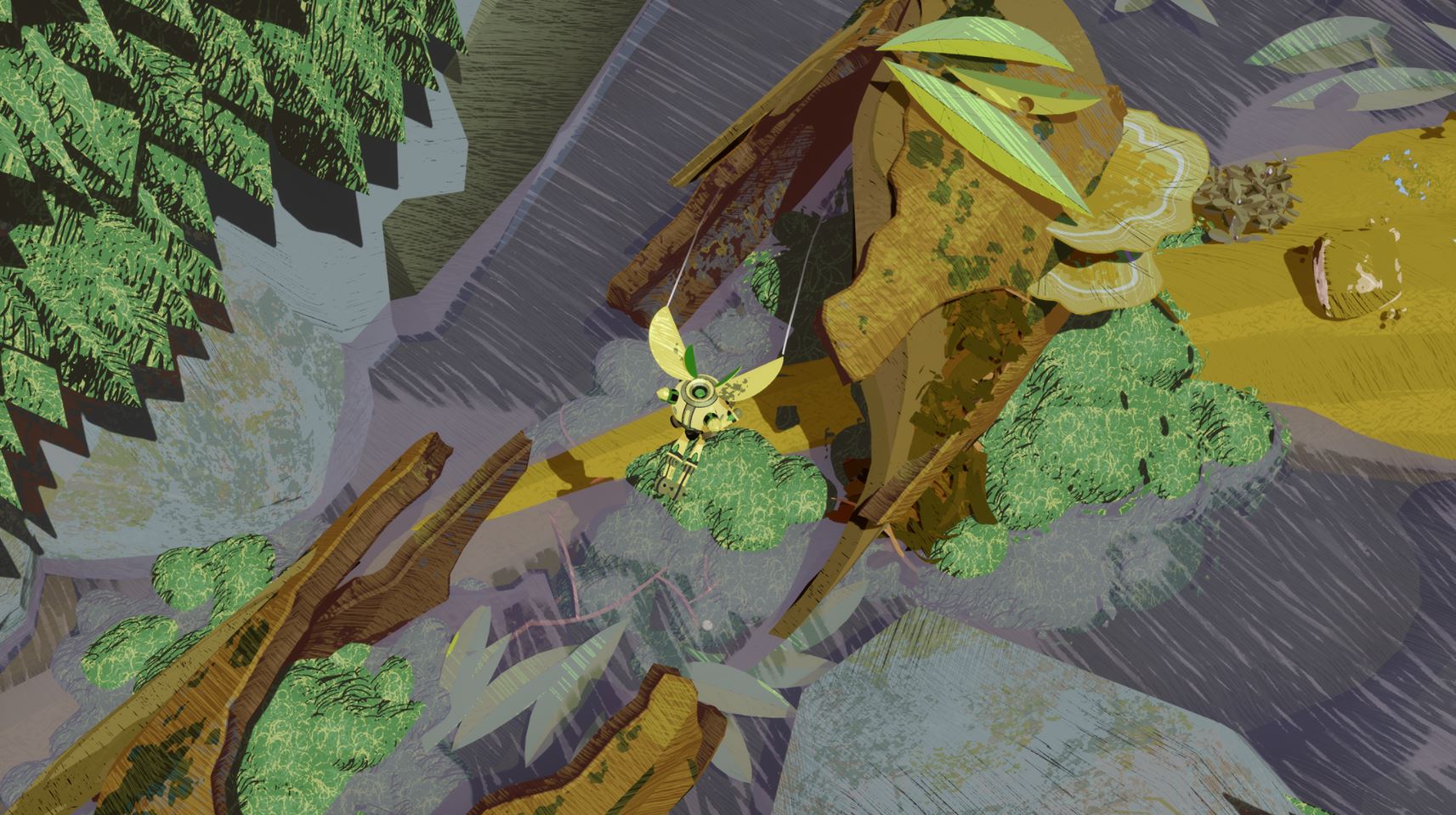 While exploring these environments, you will come across materials that are needed to upgrade your mech, allowing it to traverse new environments and brave new threats from weather and the like. You can also add new combat abilities to your mech.

Wait, did I mention combat abilities? Yep, I did! And this is where I start to explain just why Stonefly quickly became as annoying as a fly buzzing around your house for hours.

Very early on, you are introduced to the combat mechanics, which occur when you find large piles of materials as bugs start to swarm them, hungry for the nutrients they offer. But, you also need those materials. So, you have to stun these bugs, knocking them off the tree branches one by one.

In order to do this, you have access to abilities like being able to drop bombs that stun bugs and then blowing them off the leaves and branches with a gust of wind from your mech. 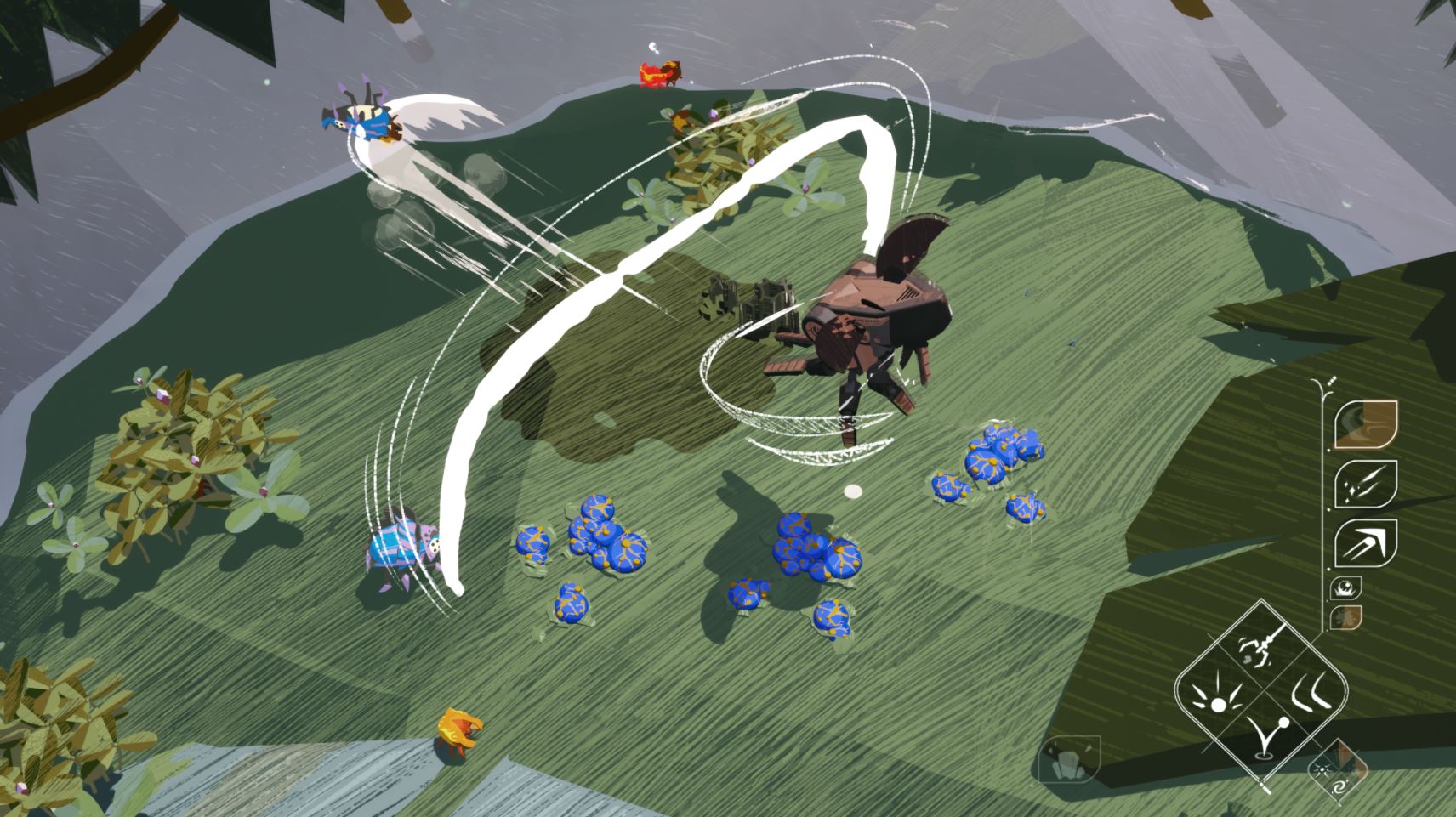 All of this sounds great in theory, but in practice, this combat is so clunky, repetitive, and dull that I grew tired of it within the first few encounters. Areas can be quite wide, so you are forced to blow enemies two or three times before they are knocked off the platforms and you typically can only push around two or three at a time.

Pair this with the aforementioned stun bombs, which have an incredibly small effect radius, and other abilities that have similar underwhelming power and encounters that are quite literally swarming in bugs for you to take on and you have a perfect recipe for disaster.

Flying around, having to push enemies over and over again, stunning them is just not fun on its own, but you are always being swarmed by dozens and dozens of bugs at once, each with their own attacks. There is just far, far too much going on in these moments and coming out with any meaningful amount of resources is a herculean task. It is also just isn’t interesting to have to do the same thing over and over again, with no kind of feedback on attacks from the game. Everything feels hollow, with no resistance or force.

The combat is also nowhere near as snappy and fluid as it needs to be for a game that is all about being as fast as possible to try and save your resources. Every action feels slow to perform and seems dragged out for way longer than it should be.

And driving the point home, if you can’t get a substantial amount of the materials you need to upgrade your mech because the combat in the mech feels clunky and dull what is the point in chasing those items? Sure some upgrades do make the combat more manageable but very early on I was banging my head into a brick wall, overwhelmed by bugs and frankly just wanting to give up. 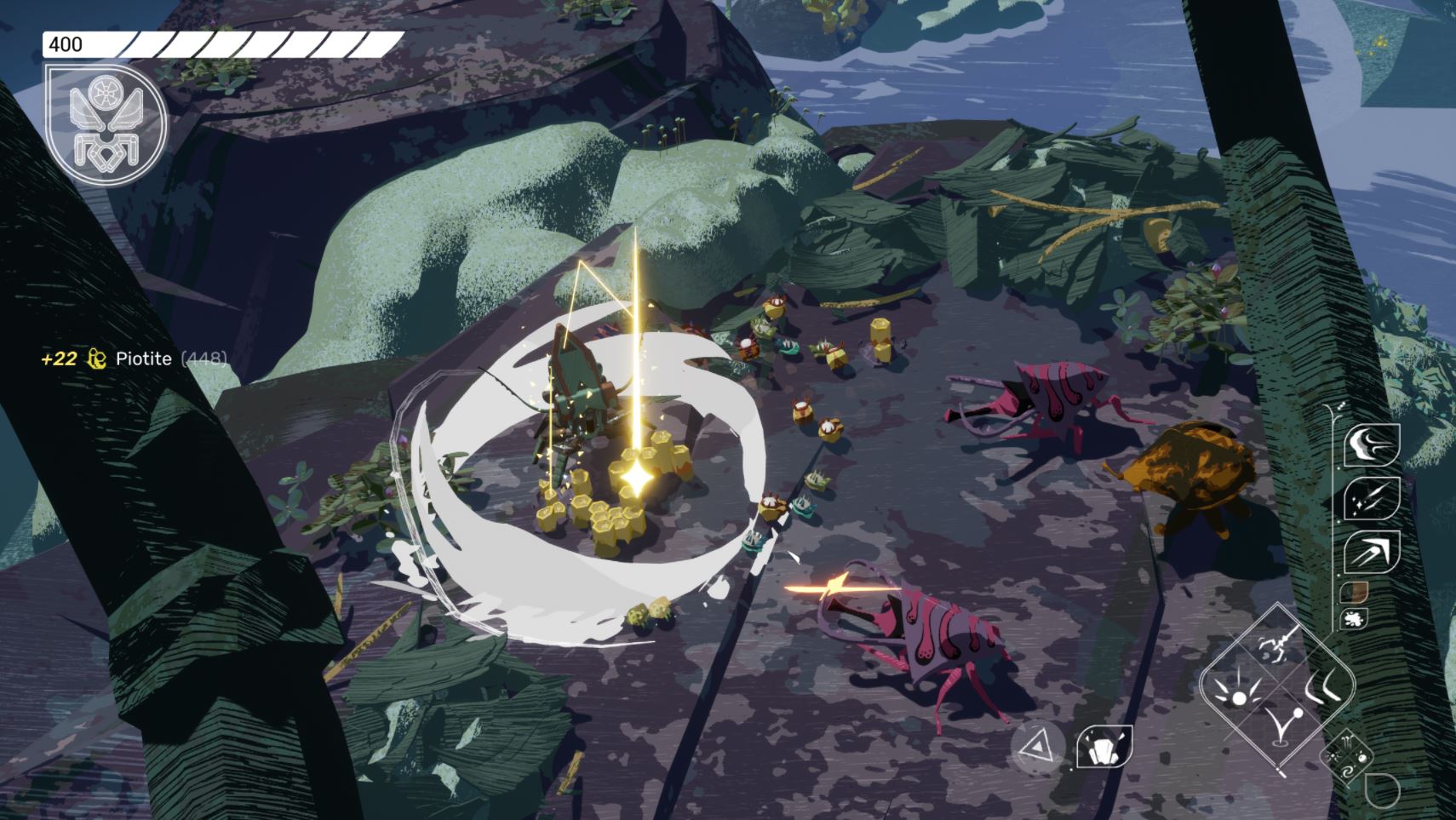 Pair this frankly bad combat, which feels like it wasn’t playtested, with a lack of hand-holding for players and you are just dumped into Stonefly without really being told much of anything. You are just left to your own devices and forced to understand and get to grips with Stonefly’s initially confusing and endlessly annoying gameplay.

A World To Look At Only

Despite my criticisms of Stonefly, I do need to chuck heaps and heaps of praise onto the art and music teams behind the game. Stonefly’s unique sketchbook art style is gorgeous and it really fits with the trees, branches, and woodland areas spread throughout the adventure.

If someone was to ask me how the woodland and insects could be translated into an art style, Stonefly’s aesthetic would be what I would point to.

This is combined with some excellent music as well, which is catchy, atmospheric, but also insect(y). Buzzes and sound effects that feel like they are from an alien world play into the bugs and insect-filled adventure that Stonefly is and both the sound and visuals really did a lot of heavy lifting throughout the game, making it a bit more bearable during the combat sections, which made me want to claw my eyes out. 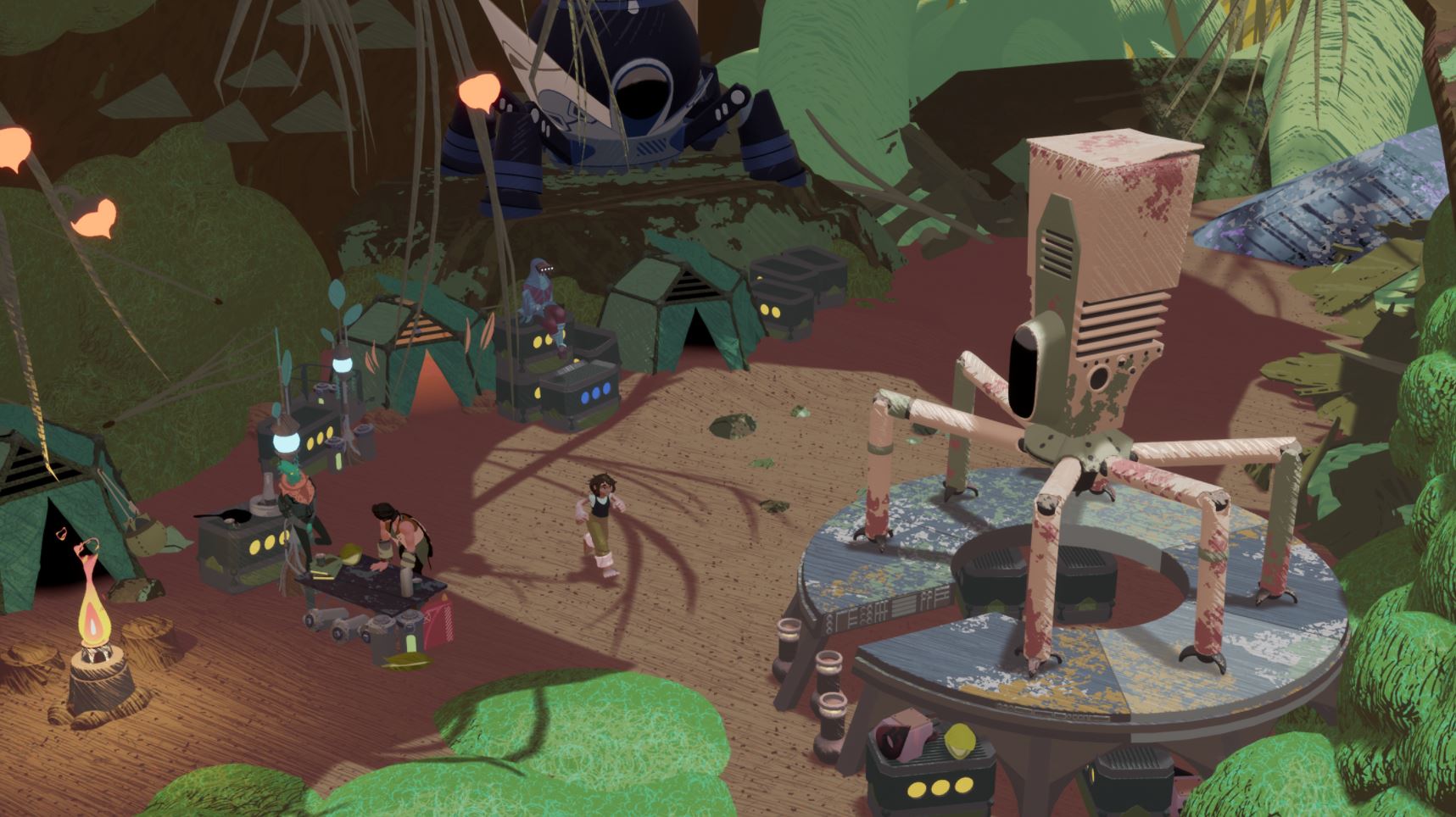 A Great World Let Down By Its Gameplay

Flight School Studio has built a captivating world with Stonefly and the visuals and music really help make it feel like a truly unified experience, inspired by the woodland.

But, at the end of the day, Stonefly is a game and the gameplay (bar the exploration) actively damages the experience on offer here, so much so that I wouldn’t recommend playing the game and experiencing the world and story because of it.

It really feels like Stonefly should have been a game entirely about exploring treetops and different environments, forgoing the combat mechanics altogether. It’s a shame Stonefly didn’t work out in the end but it is at least a unique premise.

Stonefly is available now on PS4 and is playable on PS5 via backwards compatibility.

Despite a gorgeous world, stunning sketchbook visuals, and fantastic music, Stonefly is actively dragged down because of its frustrating and cumbersome combat mechanics that create situations that are a pain to tackle. Everything surrounding combat is great, but there is so much of blowing bugs off of platforms that I Don't recommend you give Stonefly a try.