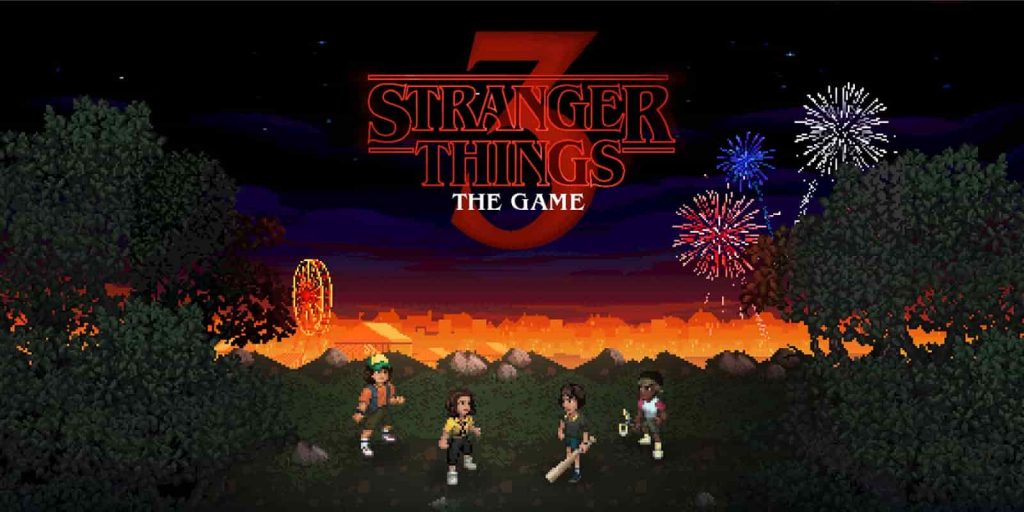 In addition to Stranger Things 3: The Game and the forthcoming Dark Crystal: Age of Resistance tie-in, if one thing is clear, it’s that developer BonusXP knows its retro IP pretty darn well. Certainly, where Stranger Things 3: The Game is concerned, BonusXP has done a bang up job in not only deftly capturing the essence of the Netflix hit show, but also crafting an enjoyable retro romp into the bargain too.

Stranger Things 3: The Game Is A Perfect Companion To The Netflix Series

Pretty much a narrative 1:1 match with the Netflix series with some additional story content thrown in, Stranger Things 3: The Game’s numerous acts directly correlate with the eight episode count of the current season. As a result, if you haven’t watched all of Stranger Things season 3 yet, it is strongly recommended that you do so before playing this game, not least because the potential for fist-clenching spoilers is substantial to say the least.

Told from an old-school, retro isometric perspective, Stranger Things 3 puts players in control of Mike, Lucas, Will, Eleven, Max and other characters from Hawkins as an old threat from the past has resurfaced to threaten the town, along with some new human enemies to deal with too. As you progress through each of the chapters, you unlock more and more characters, the idea being that each of these new heroes possesses abilities that you can get you into places that you couldn’t reach before.

Whether it’s Dustin and his hacking skills that allow you to bypass doors locked by keypads, or Erica and her ability to fit into tiny vents, it’s clear that Stranger Things 3: The Game certainly errs much more towards its video game heritage, rather than any attempt at trying to produce anything semi-realistic (which in a game about a show that has inter-dimensional monsters in it, is probably for the best).

Speaking of which, you can and are encouraged to smash up everything from shrubs and fire hydrants through to beachballs and more in search of precious coins and loot. Though i’m pretty sure that Joyce Byers would be disgusted to see young Mike Wheeler come into her shop and start busting up everything in search of coins, this is a video game, a decidedly arcade styled retro one at that in which clearly developer Bonus XP knows its audience.

Speaking of combat, Stranger Things 3: The Game is a bit deeper than you might expect it to be with its arcade-lite, retro stylings. For a start, players can craft a wide range of stat buffing gear from components found in chests and in the environment, while each of the characters can use their abilities in tandem to create some truly devastating combos; Dustin’s poisonous chemical spray combined with Nancy’s rapid fire scissor stab attacks comes to mind as an especially effective offensive mixture.

Though Hardly Groundbreaking, Stranger Things 3: The Game Is An Enjoyable Effort Nonetheless

Oh, and you can expect to be doing a lot of combat too. Thankfully then, the combat in Stranger Things, though not really innovative, still feels happily satisfying nonetheless; especially when you confront of the game’s many bosses, who with their massive health bars, damaging attacks and unique mechanics, really show off the combat system at its best.

It’s not all smashing dudes however as Stranger Things 3: The Game actually has a fairly decent line in puzzles to be solves too. Though largely predicated around switch flipping and pressure pad triggering, Stranger Things 3 nonetheless challenges the player enough in this regard to the keep the old grey matter ticking over quite nicely.

While Stranger Things 3: The Game lets players pursue the main questline, there are a fairly sizeable quantity of side quests that can be tackled too, with ample to incentive to do so coming in the form of component/item buying cash or other equipment that can be used to bolster your group’s chances. If there is one complaint about the quest system it’s quite simply that there is a ton of backtracking to be done, so if you don’t revisiting places for the umpteenth time, you might get frustrated pretty quickly.

Then there is the fact that the game sometimes falls back on tropes a little too heavily – for example there are multiple occasions where I had to clear out basements of rats. And while the presence of rats in the game has a rationale that is deeply entwined with the lore, it still felt a little lazy nonetheless, not to mention tiresome when a side quest giver tasks you with clearing out yet another rats nest.

Still despite such drawbacks, Stranger Things 3: The Game does a wonderful sort of justice to the series that serves as its ultimate inspiration. The script catches the wry wit and banter of the Netflix series with aplomb, while additional story elements have been put in place which provide additional background behind some of the events that occur in the most recent season.

Audiovisually too, Stranger Things 3: The Game is a treat, boasting the sort of delectable retro presentation that would have been right at home on the Sega Genesis or Super Nintendo consoles which in turn honors the aesthetic of the show deftly. Stranger Things 3: The Game is at roughly 15 hours or so, a decently sized offering also, while the Eliminator Mode that unlocks after completion puts a neat spin on the typical New Game Plus mode, giving players access to all the characters at once but if they die, they’re gone for good.

Though far from groundbreaking and a touch less ambitious than I would have liked, Stranger Things 3: The Game is a decent tie-in to Stranger Things and a perfect companion piece for the series.

Stranger Things 3: The Game is out now on PS4.

Stranger Things 3: The Game is not a groundbreaking effort by any stretch, however it does great justice to one of the best TV shows of the past decade and throws a surprisingly sizeable and robust retro action puzzler into the bargain, and sometimes, that'll all you need.