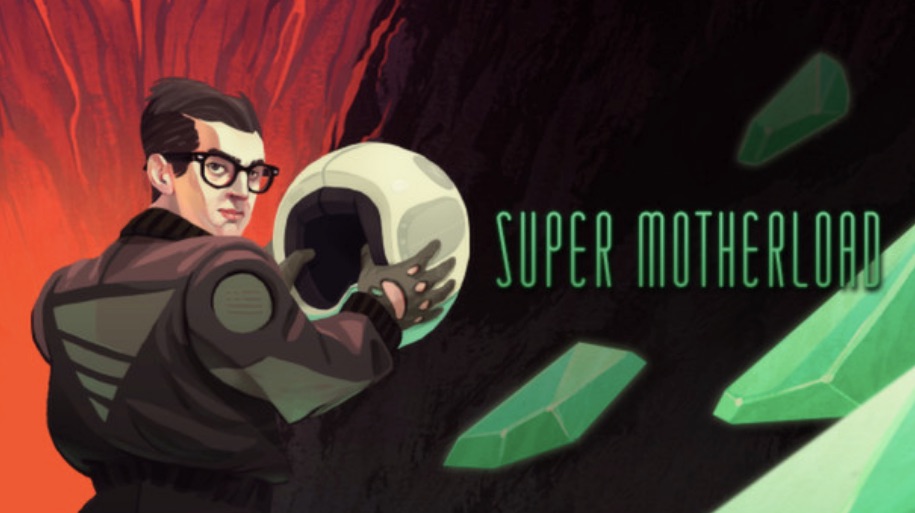 Super Motherload PS4 – Indie games are an exciting frontier of our industry, a place of wonder where creativity knows no bounds and the limits of what is possible in a video game are tested. This new generation will see the rise of indies in a very big way and with this influx of new creative minds comes new ideas that will hopefully push the industry to be better. You can depend on indie studios to feature interesting concepts, but as PS4 launch title Super Motherload demonstrates, these interesting concepts don’t always make for the most interesting games.

Super Motherload takes place on Mars in the near future, where a near infinite amount of precious resources have been discovered hidden deep within the Martian soil. The Solarus Corporation is leading the mining initiative in the hopes of solving the energy crisis on Earth. Multiple research facilities have been established by Solarus, and each also functions as resource dumping and smelting stations. These research stations exist both on the surface of Mars and deep below ground. You are given the mission to mine for these precious Martian resources and the challenges and choices you face along the way end up being quite severe.

On the surface, the gameplay of Super Motherload is very simple—dig, collect resources, cash in resources, upgrade your mining machine or research station or buy bombs, and dig some more. Where the gameplay of Super Motherload gets interesting is in its combo system. As you upgrade your Smelter, you get access to different resource combinations which, via combos, net you a lot of extra cash to spend on upgrades.

What makes the combo system more interesting are the puzzles that are created in the pursuit of building those combos. You have to build the combos in the order that they are presented, so if the recipe states that you need to collect a diamond and a ruby then you must collect those resources with nothing in-between. This gets exceptionally tricky when unbreakable barriers are introduced.

The puzzles help to make the game fun and interesting, but to an extent, the gameplay is fairly repetitive. Thankfully, Super Motherload’s music makes the repetition of mining and upgrading more enjoyable. The soundtrack is incredibly soothing and trancy, which complements gameplay repetition perfectly. I ended up getting lost in the beats, and before I knew it, I had mined $1 million in resources and had purchased the mining rig upgrade I’d been chasing for some time.

On the visual side of things, the game is quite splendid. The silky-smooth 60 frames-per-second is always easy on the eyes and game’s art direction is both charming and unique. The art style fits the game so perfectly and it’s hard to imagine how it could look any other way. From a technical perspective, Super Motherload couldn’t really be considered a PS4 showstopper, but at the same time, the Super Motherload experience would definitely suffer without such enchanting music and visuals.

Still, no amount of aesthetic polish can hide the fact that playing without at least one other person sullies the experience dramatically. The four-player co-op experience is truly what makes the game shine. Watching all of those mining machines go at it onscreen is a blast and trying to snag those combos out from under your friends’ noses is enjoyable every time.

It is a shame that the developers at XGen Studios chose to only include offline co-op. It’s a welcome feature, but the ease and accessibility of playing with friends is severely limited without online options. With the likelihood that early PS4 buyers already have four DualShock 4 controllers being fairly low, the addition of online co-op would have made the defining and arguably most important feature of the game more accessible to PS4’s rapidly growing audience

Super Motherload, for the most part, is a relatively fun and interesting game. The soundtrack pairs perfectly with the gameplay, making for an incredibly entrancing experience, and it’s interesting to see the setting of the game transform from cute and cheery to very serious throughout your playthrough. There are some twists and turns in the story that left me saying, “What just happened?!”

The unique visuals are simple, pleasing, smooth, and work well with the narrative. Easier access to the way game is meant to be played–with friends–would warrant a higher score, as Super Motherload is an absolute blast with four players, but without online co-op, the options are woefully slim. Regardless, at an attractive price of $14.99, there is good reason to give this indie game a try.

Super Motherload is out now on PS4.

Without online co-op, Super Motherload falls a bit short of gaming greatness, but the marriage of entrancing sound and gameplay is still a fun experience.