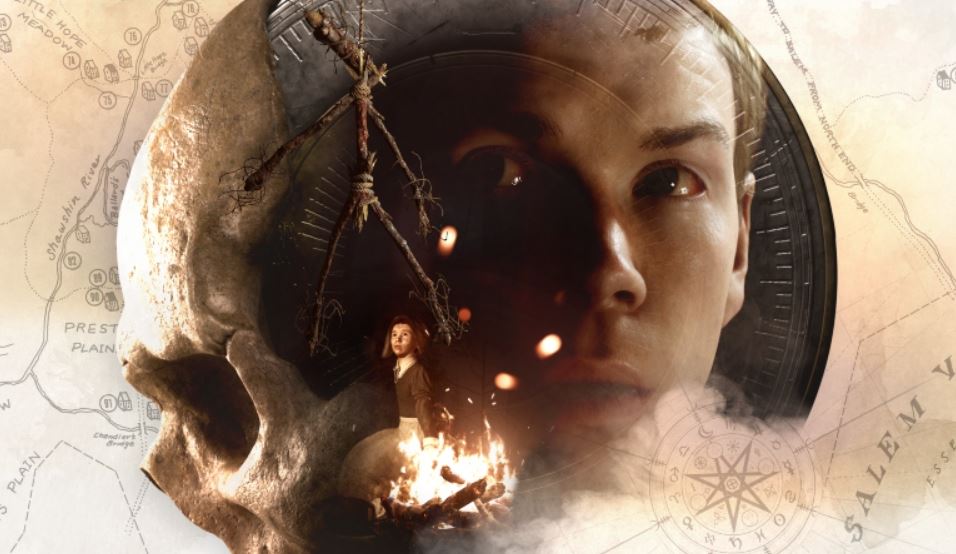 The Dark Pictures Anthology: Little Hope PS4 Review – The influences felt throughout The Dark Pictures Anthology Little Hope, the latest entry in Supermassive Games‘ series of self-contained horror romps, are palpable. There are shades of Silent Hill as you wander the deserted streets, clouded in perpetual fog, while the town’s history of witch trials recalls film efforts such as The Witch and even a dribble of The Blair Witch Project for good measure. If we’re talking about selling atmosphere, then Little Hope has it in spades.

Admittedly, I was worried how long Supermassive Games could keep things fresh in The Dark Pictures. After all, they’re planning eight games, and the interactive drama formula that serves as the backbone for these horror titles can only go so far. After a solid start with Man of Medan, I was more than up for more with Little Hope.

The narrative setup is quintessentially classic horror. A group of college students find themselves stranded on the outskirts of Little Hope after their bus crashes, leaving John, Angela, Andrew (played brilliantly by Will Poulter), Taylor, and Daniel in a bit of a pickle. The almost patriarchal Curator also pops up from time to time to deliver ominous chatter at various points in the tale.

Finding help and getting out of town is ostensibly your overall goal, but things soon take a drastic turn as more layers to the story are uncovered. Obviously, I won’t spoil anything here, but suffice to say, Little Hope weaves a more complex and intricate narrative than its predecessor, flipping between the present and past as the horrors of the eponymous town’s brutal history are uncovered.

The fundamentals haven’t changed much. You’ll control different characters at various points in the story, with sweeping, cinematic camera angles really helping to sell the horror factor as you explore parts of Little Hope, from abandoned houses, spooky wood paths, graveyards, and more.

Yes, the game is overly linear, but there are times when you are afforded to explore off the beaten path, as it were, soaking up the rich atmosphere and collecting items and reading journals and other related material that helps you piece together the story. It definitely feels good to have a bit of freedom, and in comparison to Man of Medan, there’s more opportunity to see the sights; some of the collectibles are surprisingly well hidden, too.

Unfortunately, some of the immersion is killed by invisible walls and fog that not only serves to obfuscate your view of the surroundings but also bars you from going any further. There are more open areas than before, but these are punctuated by moments of linearity where you are funnelled through narrow dirt tracks and roads. It’s not a massive issue, but I was left with a feeling that the game restricted me a little too much at times.

Still, Little Hope’s story is a gripping affair, and I was genuinely surprised at some of the twists and turns it made during the course of numerous playthroughs. The narrative brilliantly weaves between different times and places, with the cast interacting with doppelgangers that are intrinsically linked to the town’s macabre past.

I’m not going to spoil anything here – and indeed, reviewing a game like Little Hope is difficult as the story is such am important aspect – but suffice to say, your choices are crucial. I played it multiple times and was impressed by the number of changes my various dialogue options offered. Certain characters go down different paths depending on how you shape them, and it’s great to see how their relationships shift dynamically depending on your decisions.

It’s not perfect, mind. As an example, one sequence involved a major character in peril, and I messed up the Quick-Time Event (which are now more generous in terms of how long you have to perform them). She gets separated from the party, but when it came to my next playthrough, I beat the QTEs and the same sequence happened anyway.

Pleasingly, such occurrences are few and far between. Overall, your choices are far from inconsequential. Meanwhile, the heartbeat prompts, in which your character must remain calm while hiding, have been spruced up a bit more too and are now more difficult and require more than just pressing X.

A Varied And Memorable Cast With Solid Performances

Overall, I found the majority of the cast to be likeable and realistic in their performances. The voice acting is pretty strong and really helped to convey the sense of horror and desperation that the stranded students find themselves in. A game like this falls flat on its arse if you don’t give a toss about what happens to its cast, but Little Hope had me hooked; I wanted to discover what was happening and to try to keep everyone alive (I failed the first time, but was determined to do it on my second attempt).

And yes, Little Hope did make me jump in a few places, and to be fair, the scares are impeccably timed. It also helps that the cinematic quality is top-notch, with key sequences peppered by hair-raising sound effects and dramatic angles. I really felt the urgency of some of my choices as the dialogue bar slowly but inexorably counted down, characters’ eyes sharp with fear and panic as their fates hang in the balance. It’s gripping stuff.

Unlike Man of Medan, the Dark Pictures’ latest effort isn’t bogged down by egregious technical hiccups. The frame rate drops here and there and there’s a couple of lip-syncing issues, but overall, my version ran fine on a PS4 Pro, with load times noticeably more tolerable than its predecessor.

Like the previous game, Little Hope’s visuals are sumptuously realised, with intricate facial animations conveying even the most subtle of expressions, which really helps to sell the performances. The environments are coated in an oppressive gloom, and, while technically not the prettiest you’ll see on PS4, still work as characters in their own right. Indeed, there’s something inherently creepy about an abandoned police station, once a beacon of hope now reduced to a dilapidated shell where the slightest movement sends chills up your spine.

The Dark Pictures Little Hope is a gripping continuation of Supermassive Games’ horror anthology and definitely something you should check out if you enjoyed Man of Medan. It’s a little more polished, and while not perfect, oozes atmosphere and features some brilliant twists in its narrative.

Furthermore, it’s begging to be replayed multiple times – and with mates if you dive into the pass-the-pad shenanigans or online co-op – with tons of collectibles to hoover up and multiple story paths. If you’re looking to expand your horror collection on PS4, then be sure to snap this up.

The Dark Pictures Little Hope is a solid continuation of Supermassive Games' horror series, and a step above the previous entry, Man of Medan. With a gripping story, heaps of collectibles, and a solid cast of characters, Little Hope is a fine addition to PS4's already-stacked horror library.