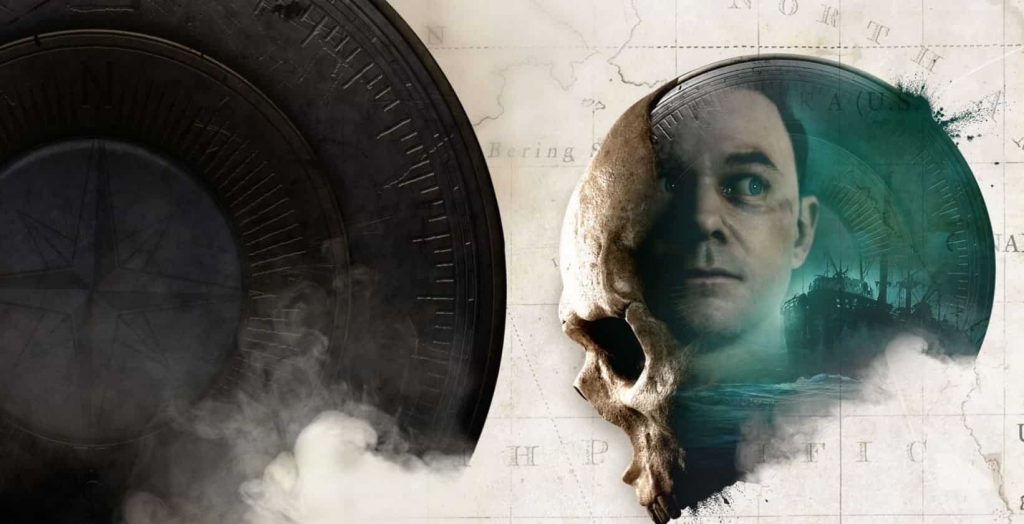 Editor’s Note: Some of the technical issues and framerate drops mentioned in this review are reportedly being fixed with a day one patch for the game.

When you think of ghost ships, it’s fair to say that two vessels in particular are synonymous with sea-faring legends: the Mary Celeste and the Flying Dutchman. And that’s understandable; the former was discovered on December 5, 1872, in the Atlantic Ocean, conspicuously devoid of life, while the latter, a phantom ship sighted by numerous sailors since the 17th century and a portent of doom, has been thrust into the public consciousness thanks to Disney’s Pirates of the Caribbean films.

There’s one other example, however, that rightly should take its place alongside these two titans: The Ourang Medan. Alleged to have been discovered in 1947 with all its crew killed under mysterious circumstances, this phantom ship is also the basis of Supermassive Games‘ inaugural instalment in the Dark Pictures Anthology: Man of Medan.

And to be honest, the team couldn’t have picked a better candidate.

Man of Medan follows five young American explorers who set out on a hired vessel, the Duke of Milan, in the South Pacific Ocean to scoop out an as-yet undiscovered B-29 bomber wreck. Supermassive doesn’t exactly subvert any stereotypes when it comes to their portrayal, at least not initially.

There’s Julia, the spoilt rich princess; Conrad, the bile-inducing ‘ladies’ man; Fliss, the stubborn and cynic foreigner and captain of the Duke of Milan; Brad, the lovable yet naive geek, and finally his macho brother, Alex, and also Julia’s boyfriend.

Man of Medan doesn’t stray from the successful paradigm that made 2015’s teen-slasher Until Dawn such a compelling time sink. Choice is paramount to your survival here, and like Supermassive’s previous work, it’s down to you whether or not everyone snuffs it or the whole crew survive. You’ll also spend your time exploring locations, hoovering up notes, diaries, and other lore-swelling bits and bobs while conversing with each other.

Fortunately, Man of Man wisely spends its opening hour or so allowing you to get to know the cast, and the choices you make here — while seemingly completely innocuous at first — actually have far-reaching consequences and genuinely affect the relationships between each of the characters.

Man Of Medan Provides An Evocative Cast Of Characters

Of course, there’s plenty of time to have a bit of fun, too. You can flirt outrageously as Conrad with Fliss, have Alex and Brad engage in some compelling sibling bants, and even try and scare the shit out of your mates by telling a ghost story. Indeed, these lighter moments are needed before Man of Medan sinks its teeth into the meat-and-potatoes of the action, where your group fall foul to some local pirates and end up boarding the game’s eponymous ghost ship.

Supermassive Games really starts to flex its atmosphere-building muscles as you creep around the rusted halls and shadowy holds of the World War II-era vessel. Even though you’ll move around largely as a group (although this can change depending on your decisions, naturally), Man of Medan is an expert at building stomach-knotting dread with nuanced audio and visual cues.

A blood-curdling scream in the distance, a human-shaped figure that catches your eye; it’s all brilliant stuff, and proves unequivocally that Supermassive has the horror chops to rival that of Capcom’s Resident Evil series.

Meanwhile, some gameplay sequences require you to whack the X button in time with your character’s on-screen heartbeat, leading to some tense encounters and ensuring the outcome of the scenes is entirely down to you — the game doesn’t hold your hand during key moments, and it’s all the better for it.

Choice Is King – And Nobody Knows This More Than Supermassive Games

It’s a testament to the team’s writing ability that the cast go through some solid growth as you progress through the story, whether that be misguided attempts at heroism in life-and-death situations, or a touching moment of comfort; they’re all superbly scripted, and never feel forced or exaggerated. Above all, you’ll want them to survive, and none are beyond salvation despite any initial misgivings.

Crucially, it’s clear after playing Man of Medan multiple times just how important your choices are and the many ways in which events can play out. You really do feel like Supermassive has given you the ship’s wheel, so to speak, and while you will sit through the same dialogue and sequences on each playthrough, there’s more than enough opportunity to diverge at key points.

In addition, the online cooperative mode, Shared Story, will give you the chance to enjoy sequences that are simply not available in solo play. For example, at one point Alex and Julia will indulge in a spot of diving, leaving Brad, Conrad, and Fliss above; if you’re in co-op mode, you’ll experience different events on board the Duke of Milan while your partner plunders the murky depths.

It’s pretty neat, and there’s a palpable feeling of anxiety and excitement knowing that your mate is potentially cocking things up while you’re busy with your own adventures. It also helps that Man of Medan is a scrumptious-looking title. The locations are brimming with detail, from the picturesque sunsets of the South Pacific to the dilapidated, labyrinthine halls of the ghost ship itself, Supermassive definitely squeezed some impressive juice out of the seven-year-old hardware available.

More importantly, the characters are able to convincingly sell their emotional state thanks to some meticulously-rendered models. These manage to capture every nuance in their performance, from the subtle wrinkle of a forming smile to the sparkle of horror in their eyes as they are confronted by the horrors on board the phantom vessel.

The performances are generally spot on, too, particularly from the core cast. Yes, there’s couple of awkward moments that punctuate the otherwise robust dialogue, particularly on occasion where someone reacts a bit too nonchalantly given the circumstances, but these are few and far between.

More egregious are the technical hiccups that plague Man of Medan. On several occasions the frame rate dips horrendously, leading to some jerky movements in both cutscenes and gameplay. It’s not frequent enough to become a major issue, but nonetheless leads to some frustrating, immersion-breaking moments that hinder your experience.

To be honest, my main gripe with Man of Medan is the payoff, which is about as predictable as an episode of Scooby-Doo: Where Are You? In short: I saw it coming a mile off. For a game that prides itself on mystery and cultivates such a compelling narrative and atmosphere, I feel that Supermassive could have done something a little different here, or at least not made things so obvious.

Man of Medan Is A Triumphant Marriage Of Horror And Storytelling

I wanted to be surprised right up until the climax, but I figured things out long before the credits rolled, which is a bit disappointing. Does that mean Man of Medan’s story failed? Not at all; it just could have been executed a little better, that’s all.

Man of Medan is, overall, a fantastic and compelling supernatural thriller where your choices genuinely matter. With ample replay value thanks to the myriad of dialogue choices available to you, not to mention a host of collectibles to hunt for, the asking price is more than justified for Supermassive’s latest hair-raising tale. Yes, there’s a few issues to be found throughout, but nothing that prevents Man of Medan from being a captivating experience from start to finish.

Man of Medan weaves a brilliant and compelling story punctuated by some genuinely creepy moments. More importantly, your choices matter, and the multitude of collectibles and different outcomes based on your decisions means there's more than enough reason to keep plugging away at Supermassive Games' latest horror romp. It's not without its issues, sure, but they're not enough to deter from what is one of PS4's best interactive dramas.