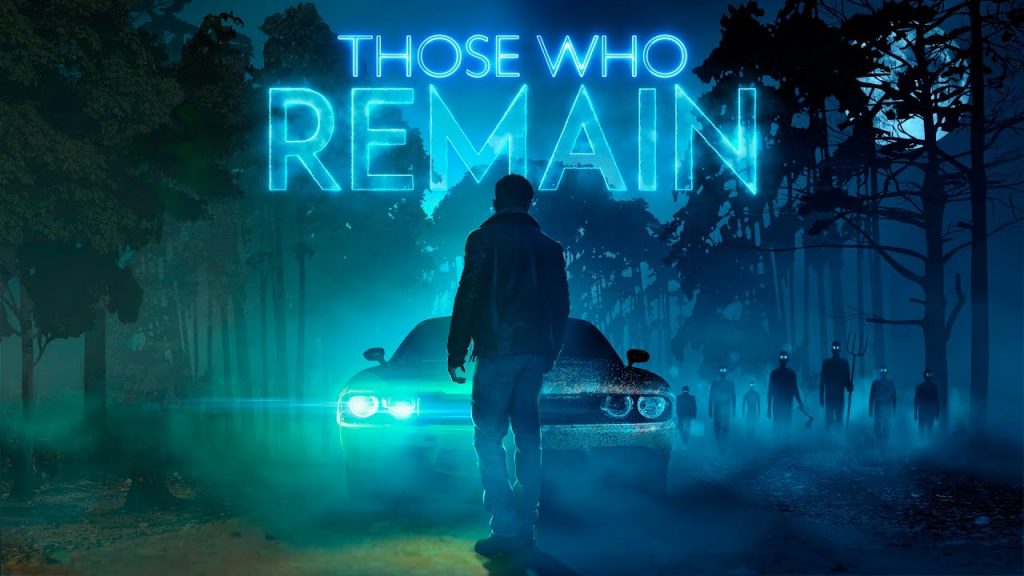 Those Who Remain PS4 Review – Those Who Remain is a psychological horror, puzzle game inspired by some of the standout horror games of all time. It is a game that treads very familiar ground in an already oversaturated genre, so does Wired Productions and Camel 101‘s new horror game do enough to stand out? Unfortunately, it doesn’t and the only shadows it has to fear are the ones it has to stand in.

Those Who Remain PS4 Review

Each area in Those Who Remain operates like a mini escape room. You investigate the location for clues, pick up items (some of which you can throw), and solve various puzzles in order to move onto the next area. I sailed through most of the puzzles with relative ease. However, there were a few occasions that left me scratching my head due to their overly vague nature.

On one occasion, the vagueness of a puzzle saw me searching for an item, in what I thought was hidden securely in a secret room, when the item was in fact sitting on a random shelf, behind a box. It was frustrating as it didn’t feel challenging, just obnoxiously obtuse.

You will be regularly illuminating dark areas to make the antagonists who lurk in the shadows, disappear. You do this by casting light over them in a somewhat similar way to Alan Wake. Other times, you’ll have to locate a doorway to an alternate reality, where the physics are different to the one you came from. These puzzles are the most interesting, where you have to interact with something in this reality to change something in the other in order to progress.

In some cases, you will have to sneak around an enemy that’s roaming the area, which is more frustrating than scary for multiple reasons. The game doesn’t have stealth mechanics that allow you to hide like in Outlast, and you can’t really outrun them either.

Not only that, but their design doesn’t evoke any fear as their appearances look dated and when caught by one, the death animations for the player appear very robotic. An arm swiping across the screen or a straight-armed thrust of a blade and then fade to black. The janky animations entirely remove the sense of dread that should come with being caught or attacked.

Regardless, Those Who Remain is still at its best when it focuses on puzzles, especially those that see you traverse into an alternate reality, rather than when it is asking you to try to navigate an area with a persistent stalker. These sections don’t take into account the limitations of the game’s own gameplay mechanics.

The tension employed by some solid atmospheric design is let down by graphical fidelity. Too often the fear factor is removed by dated visuals. The small-town locations rely on the lighting to maintain a passable aesthetic. I encountered some texture pop-in, pixelation in the shadows, and some slow down which left the game stuttering along. All of which were jarring and pulled me out of the experience.

There is a sense of eeriness when moving around a lit area, only to see glowing eyes staring at you from a dark room. It does make you feel uneasy, especially when combined with trying to solve puzzles whilst these beings, armed with pitchforks and knives, await in the darkest corners of the room for you to accidentally stumble into them. The game is most atmospheric during its more subtle moments.

The narrative in Those Who Remain is lacking. Don’t get me wrong, there are parts that are serviceable and it is enough to keep you going, but it can be ham-fisted and cliché. The plot is at it’s strongest during the first and second acts when you’re trying to piece together the mystery of what happened to this town and its residents. Unfortunately, the final act becomes all too predictable and I found myself in a rather familiar territory.

Edward, the player character, feels like a bad impression of a Silent Hill protagonist; but, the supporting characters and the mystery surrounding them are somewhat intriguing. The voice work is bland and the self-narration of other characters explaining some of the plot is heavy-handed. Unless it’s intentional, some other mysteries go completely unresolved, whilst others are answered but poorly explained.

Those Who Remain leans heavily on religious commentary. Around halfway through the game, it introduces a new gameplay and narrative element. Whilst solving the puzzles of an area, you will be tasked with searching for clues, investigating a character’s past transgressions, which serves the overarching plot. When you have found enough clues you will have to judge the individual. The choice of absolution or retribution is entirely down to you.

These decisions play into a rather binary outcome, which again is all too predictable. However, the decision making itself does offer an interesting morality choice to consider. There is little in the way of replay value. You can play through again for a slightly different ending after making the opposite decisions, but nothing substantial changes.

The horror of Those Who Remain suffers from dated presentation and the torment comes from a few obtuse puzzles. Those Who Remain feels like an amalgam of great horror games that have come before it, whilst not doing anything particularly well by comparison. Ultimately, there are better horror games and there are better puzzle games out there. In an already saturated genre, your time and money are better spent elsewhere.

Those Who Remain is available now on PS4

Those who remain to the end of this game might find some tidbits of enjoyment in the puzzles, or weighing up some pretty heavy narrative decisions. But Those Who Remain too often forgoes its better ideas, for ones derived from better, more well-executed horror games and doesn't execute those very well.