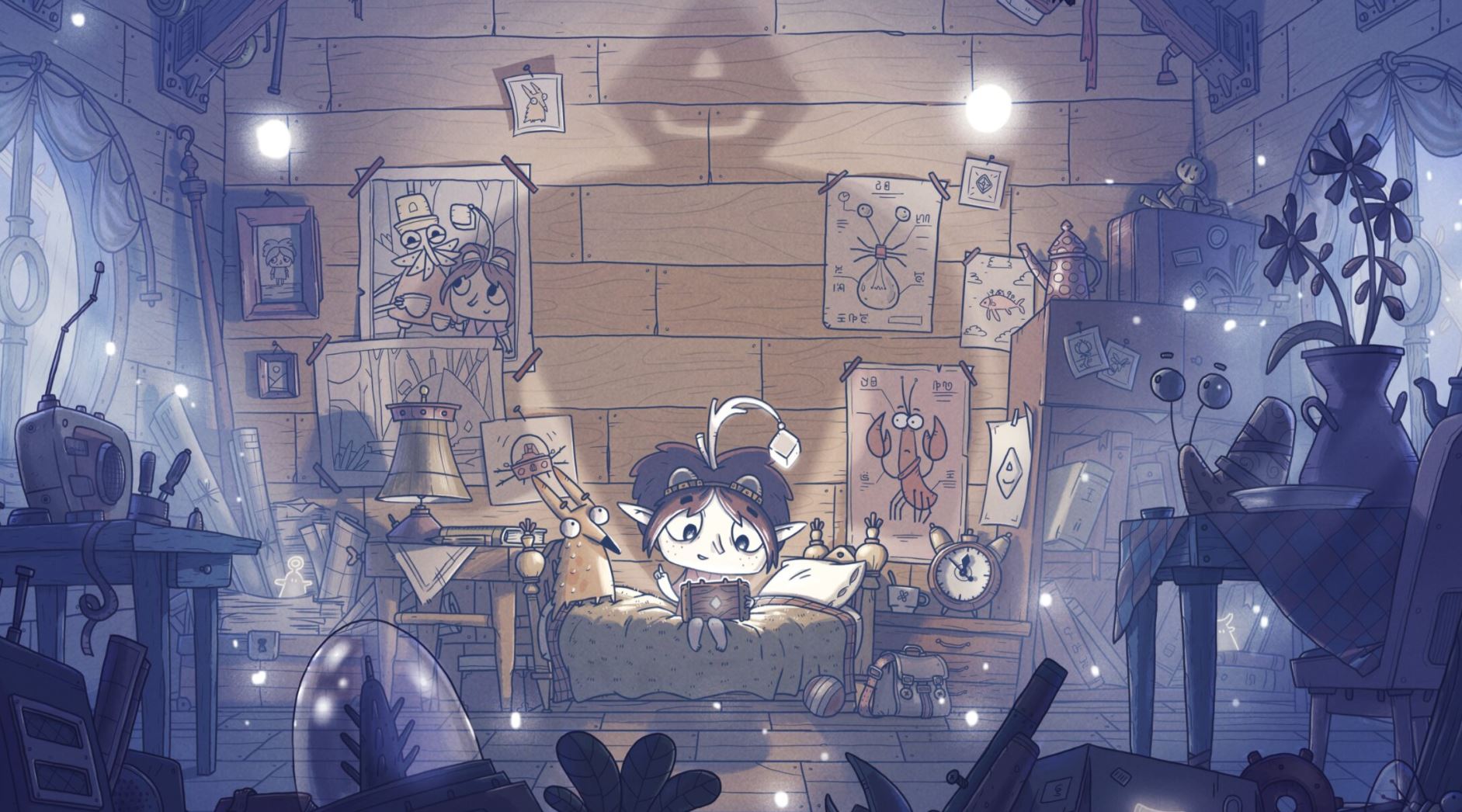 TOHU PS4 Review – Rarely does a game fill me with so much joy that I smile like a Cheshire cat all the way to its conclusion. From the way the characters bounce and skip through the beautifully crafted scenes to the way the protagonist’ hums and grins repeatedly, it is hard not to get swept up in the tidal wave of pure happiness that is Fireart Games‘ TOHU.

A Beautiful Bounce Across Fish Planets

In a world of fish planets, yes, I know, fish planets, you control a girl and her mechanical alter ego, Cubus. You must use both of these characters, in tandem to repair the Sacred Engine which was destroyed by an eerie, dark figure. While the story is not a distinctive one, the handcrafted worlds and eccentric characters surrounding it certainly are. Every stage you enter and interact with is so full of life and vigour. 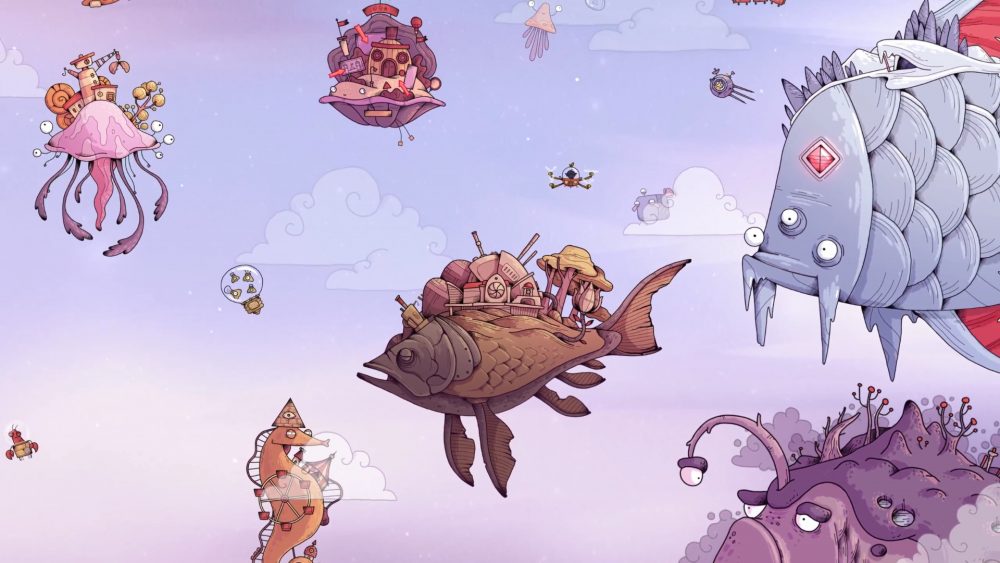 For example, Cubus is a non-speaking robot, yet I found him so amusing and incredibly warm. How the developers got him to portray so much emotion when he has a brick for a head is amazing. It’s a testament to the design, art style and animation of this fantastic title that I felt these emotions about silent, 2D characters. The whole game gives me a very warm and fuzzy feeling.

Gameplay in TOHU is your standard point-and-click fare. Go there, pick up objects, solve puzzles, you know the drill. What I really liked about TOHU though is that all the puzzles made sense. What irks me about point-and-click games, especially older ones, is that a lot of the puzzles are too abstract. You end up just trying everything in a long string to just see what works. That is not the case with TOHU and it made the game so much more enjoyable.

The main differences between these two zany characters during the puzzle sections are that Cubus can lift heavy objects and the girl can climb, apart from that they are pretty much the same. These small differences did lead to some interesting puzzles, which shone through overall. There were some standard ‘manoeuvre the object’ puzzles, but there were also some more interesting and bonkers ones to get your teeth stuck into.

By that, I mean firing moles out of a tube giving them moustaches or extra eyes to get them into different holes bonkers, but it is all so delightful, you don’t care. The puzzles are insane but they all make sense and that means a lot. The bizarre puzzles match up to the uncanny characters and backdrops so I would have been disappointed if the puzzles were drab or routine in any way. 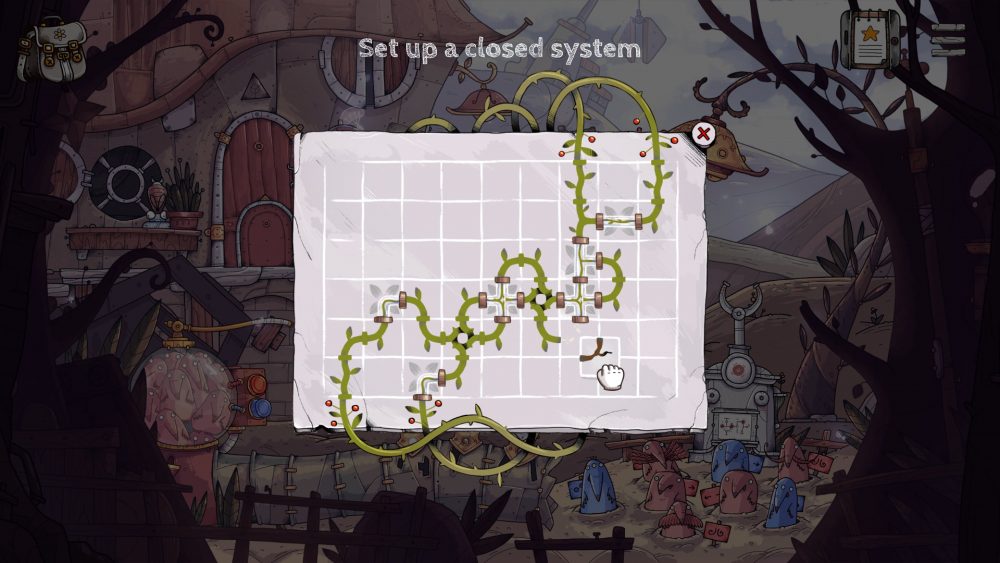 I remember playing Grim Fandango and older games of this type and having to sometimes look up hints to puzzles because I would have never thought of the solution, they were far too abstract. In TOHU though, everything makes sense and nothing was too taxing.

However, if you do get stuck, TOHU includes one of the best tip and help systems I have ever seen in a game like this. Whenever you are stuck or are in a pickle as to what to do next, you can go into the menus and ask for a hint for the screen you are on.

Here’s the catch though, to unlock the hint you have to take part in a little reaction and click-based mini-game. It’s absolutely genius. You are then presented with a nicely drawn tip screen to show you what to do. I used it a few times and thought it was ace. A minigame to get help, genius!

Presentation And Style Familiar, But Unique

On the presentation front, anyone can see from the screenshots and the trailer below that TOHU is a looker. From the hand-drawn characters and environments to the smooth animation and character interaction, it is simply jaw-dropping. I enjoy unique art-styles and this one is as bizarre as it is beautiful. From the weird fish planets to the little tech-creatures everywhere, everything drips in gorgeous quirkiness. 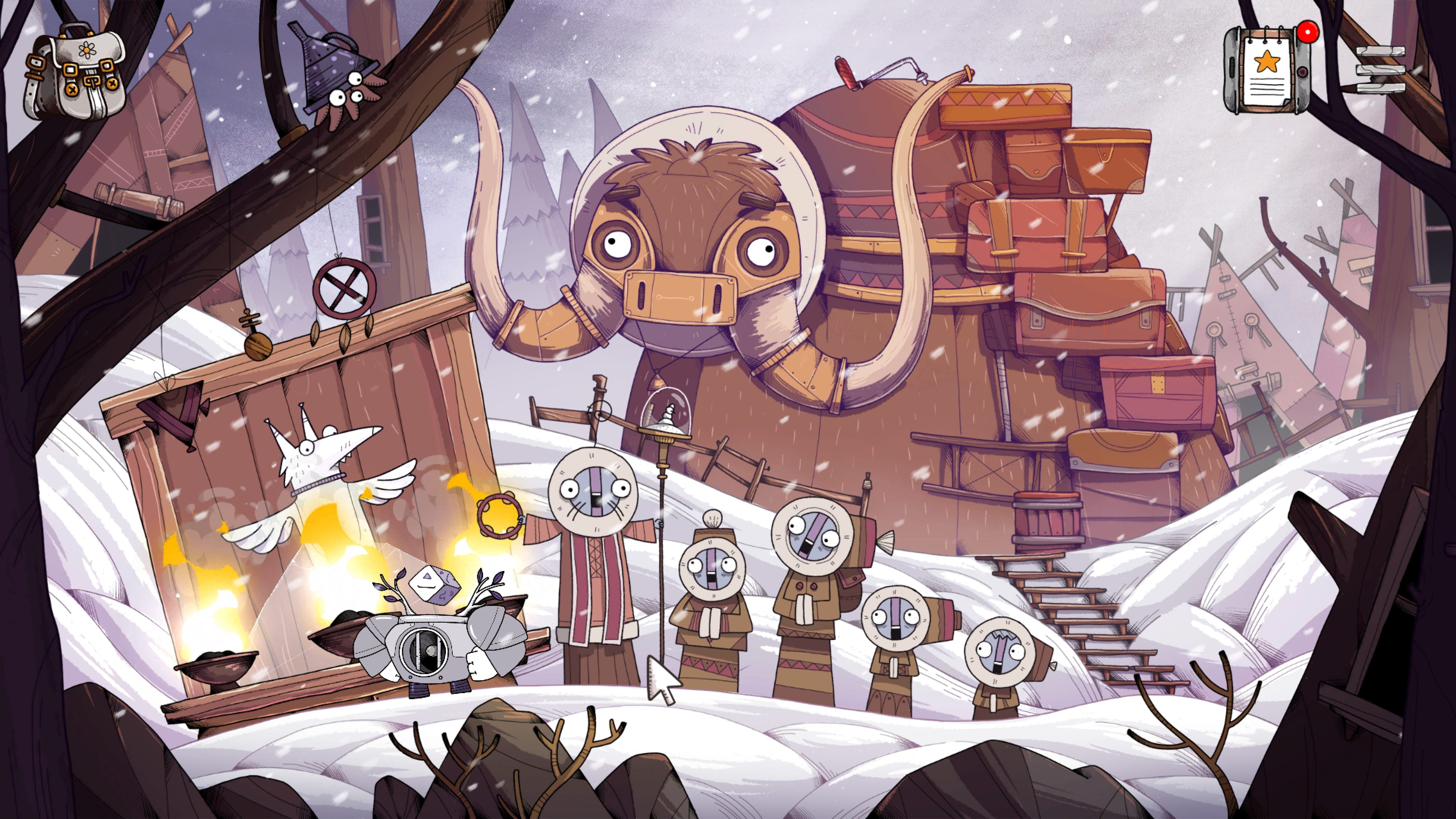 When it comes to sound, I loved the way so much character was conveyed from the leading duo, even though they only made a few noises. The humming of the girl and the weird low growling tones of Cubis really made me fall in love with them. The music was gleeful and the game does suggest to play with earphones, which I always do anyway. The sound design and music perfectly compliment the catching visuals and charming gameplay.

There were a few things that irked me a little while playing TOHU. Firstly, everything is controlled using a mouse pointer, which we all know on consoles is not much fun. There were no snap-to menus or snap-to environmental objects; it was just a straight mouse movement using the analogue stick. A lot of these types of games usually let you cycle through menus and the environments but that system was not present TOHU, it was off-putting, initially anyway.

I did get used to it but I even tried to plug in a mouse, which my PlayStation recognised and even set it up as a mouse but unfortunately, it did not work in-game. This is only a small issue though and I did forget about it quite quickly. Secondly and more frustratingly, sometimes when clicking on doors my character would not register I did so, I had to click on something else first, which was, at times, infuriating. 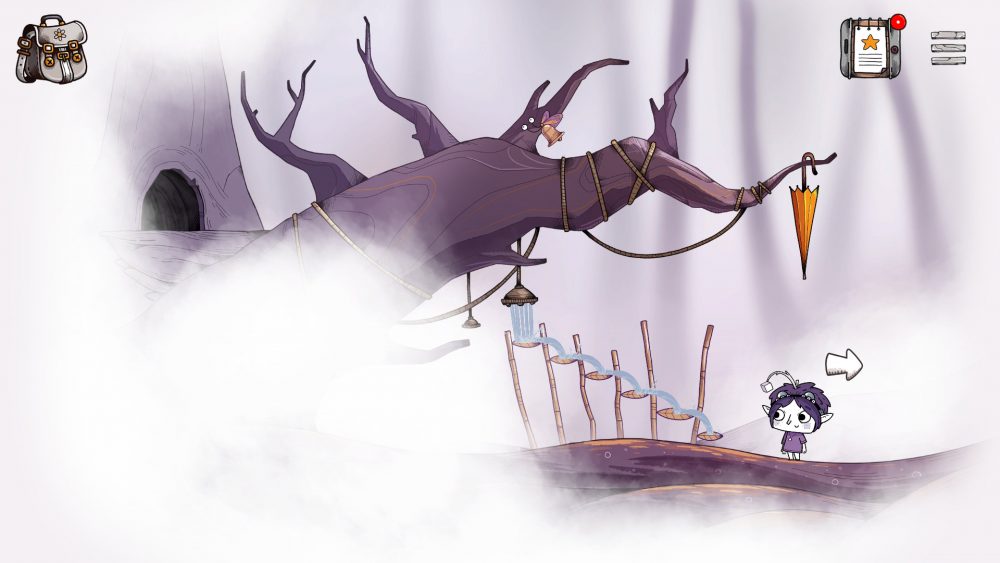 Despite a few issues, what you are left with is a beautiful and charming tale that was appealing all the way through. It looks stunning, sounds great, and is thoroughly entertaining. It has excellent, wacky characters, fun puzzles and an amazing, unique hint system. If you can forgive its few inadequacies, which I can, there is a lot to love here.

TOHU is a game for all point-and-click fans, all puzzle game fans and anyone who wants to use their brain a bit while being surrounded by intricate hand-drawn art. It will make you laugh, smile, and at the end of the day, what more can you ask for? It makes me grin just thinking about it.

TOHU is available now on PS4.

Beautiful and joyous, TOHU is a point and click adventure that warms the heart. It looks stunning and has puzzles that are enjoyable. A unique help system means you will never have to run over to Google for hints. It is dripping with lovely characters and great scenery, as well. TOHU is a perfect length, thoroughly enjoyable, and well worth your time, as long as you can forgive a few very minor issues.