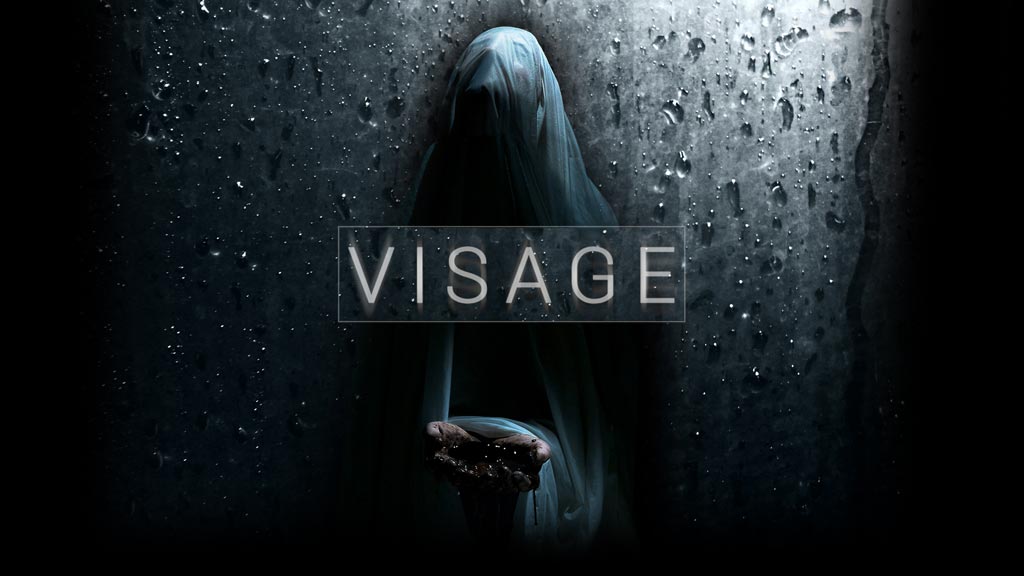 Visage PS4 Review – In 2014, legendary game designer Hideo Kojima created the cult horror classic P.T. or Protective Trousers, the recommended garment to be worn during play due to the sheer terror invoked by the game, with the promise that Guillermo del Toro would be working on the full game. The precursor to Silent Hills, an update to the renowned horror series which first started on the PS1, unfortunately never saw the light of day. The game was cancelled and the demo remains an enigmatic chapter of PlayStation history, never to be completed.

Fortunately, SadSquare Studio have taken up the baton from where P.T. left off and have produced Visage, a game which has soaked up the influence of P.T. in its spongey genes, but is it a horror classic in its own right or is it just a rank pair of soaked spongey jeans?

A House Of Suffering

Visage starts with a multiple murder scene, as disturbing as any you would see in a modern horror film. The scene is just one of the nightmarish events which have occurred inside the house in which you reside. Your character, Dwayne Anderson, must explore individual chapters based around each tragic event for the individuals who have suffered a horrific fate within the building.

Gameplay begins, like P.T. before it, in a featureless room with your character struggling up from a pool of blood before entering the hallway of the house which plays host to the majority of the playtime. The subdued colour palette and low lighting aren’t immediately foreboding, but as you start to explore, it soon becomes apparent that the darkness which pervades many of the rooms start to have an effect on your character’s sanity.

Collectable tablets enable you to fight the ongoing brain fog, and a smattering of Zippo lighters allow you to explore the dinge, occasionally letting you light one of the few candles which can be placed in the majority of the rooms. Light bulbs can also be collected to fix broken lamps so you’ll be genuinely pleased to come across these essential aids to quell the impending fear caused by the dark.

Whistling In The Dark

Juggling your inventory and accessing lighters, keys, or tablets quickly is unfortunately an extremely fiddly and unintuitive affair and is the main Achilles heel of the game design. The limited inventory space is all well and good, but having to use multiple button presses to drop or access an important item whilst being pursued by a vengeful apparition is quite frustrating. Fortunately, exploration takes precedence over action and offensive measures aren’t an option so running like hell is always the best policy.

With little in the way of obvious explanation for your character’s predicament and no guidance as to what or where you are supposed to go, it’s left up to you to slowly unearth clues and items which uncover the secrets held within the house. Movement around the house is slow and methodical but holding L2 gives a slight increase in speed which you’ll need at numerous times when the terror needle hits red.

Four chapters or stories are available to play, and each is triggered by a particular object which can be collected as you wander the corridors and rooms. Once you choose to begin a story, then additional parts of the house open up which are relevant to the horrors centring around that character. Most of your time will be spent re-treading the common parts of the house, but with an altered focus.

Chapter one, ‘Lucy’, sets a high bar of terror and features apparitions reminiscent of the most terrifying Japanese horror films like Ring, The Grudge and Dark Water. The tension ramps up as you progress through the story, with your imminent demise often signalled by the soundtrack which grinds and squeals incessantly as danger approaches. The atmosphere created is exceptional and I have rarely been as unsettled and terrified playing any videogame. Visage is right up there with Condemned and Resident Evil 7 for perfectly engineered scares.

Subsequent chapters (Dolores, Rakan and Rose) alll manage to maintain this level of storytelling and each has a different atmosphere of dread, although after enduring the effective jump scares and relentless fear induced by ‘Lucy’, the repeated use of the same areas has the effect of desensitising the player somewhat. Despite there being scenes unique to each story, such as the forest section in ‘Lucy’, a bit more variety in the house’s set dressing between individual tales would have helped.

Having said that, there’s enough of a difference between the individual narratives and with four whole stories to play through and numerous collectables, you’re effectively getting four games for the price of one.

The house itself is quite large and spread over four floors, and if it were well lit, would be a perfectly normal home adorned with sofas, TVs, a large kitchen, homely bedrooms, and generally not inherently spooky at all. It is to SadSquare’s credit that they have managed to create so many layers of fear (pun intended) through the exceptional sound design. The majority of unease and terror is instigated by the noises you can hear behind you or around the house – footsteps, strange garbled speech, breathing, and other generic horror tropes. But the execution is so perfectly balanced with the slow increase in visual peculiarities that it feels invigoratingly scary.

Graphically the level design is functional with nothing technically impressive on show; but it really doesn’t matter as Visage is all about atmosphere and it has this in spades. There a few graphical glitches which occur while holding items and interacting with the scenery, but bearing in mind the indie/crowd-funded budget and the minimal effect these have on the gameplay, it’s not really a problem.

Aside from the aforementioned inventory system, the only other gameplay issue which caused frustrations was the control method used to open doors and the numerous drawers to open around the house. Perhaps with a mouse and keyboard it would work fine, but the hard to see crosshair combined with R2 and a push on the directional stick never really seemed to work well. I often had to spend quite a while trying to open a drawer at a difficult angle due to the perspective which tended to shatter the suspension of disbelief.

Beware Of The Darkness

The dark plays a key role in keeping you on the edge of your seat, and often you are forced into a black space as you flee a pursuing wraith to make it towards a light source visible in the distance. Light switches are often turned off by unseen hands and you’ll find yourself rapidly fumbling for your Zippo as you bash into walls or try and open a door you can’t see. Getting to a safe, well-lit room is a total relief and I found myself genuinely reluctant to venture into the dark again when my lighter had run out and I had no backup.

While fumbling around in the dark isn’t my idea of fun, it’s a testament to the skill of the designers that Visage managed to spur me on despite my real fear: to spend many hours within the house. There’s not a shattering amount of originality here, but it’s a relentlessly spine-chilling experience which melds the wide variety of genre influences into a coherent and joyfully dark anthology of tales for horror fans.

Visage is out now on PS4.

A genuinely scary and intriguing horror portmanteau which overcomes the fiddly inventory system and slightly repetitive environs through its inventive interpretation of its film and game influences. If you're a horror fan who wants to find out how Konami's P.T. may have turned out, you'd be hard pushed to find a more terrifying surrogate.