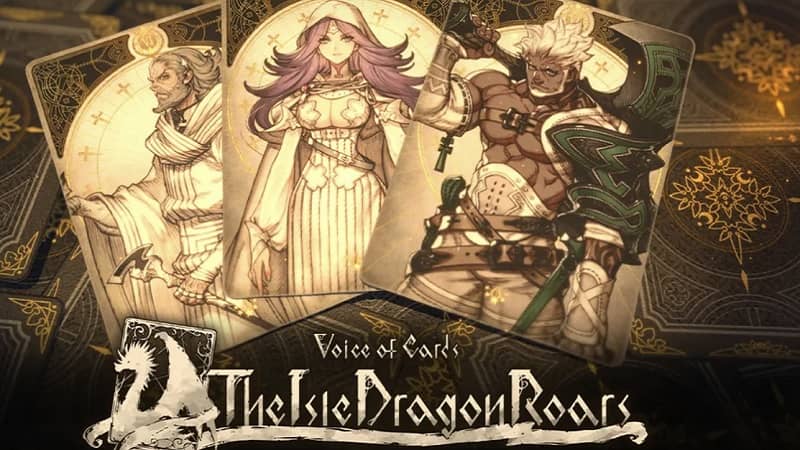 Voice of Cards: The Isle Dragon Roars PS4 review. Trust Yoko Taro, the mad genius behind the widely beloved Nier games to come up with a way to effectively merge traditional JRPG and table top mechanics in a way that feels fresh and most of all, wholly enjoyable. Though not perfect by any means, Voice of Cards: The Isle Dragon Roars nonetheless is as much a robustly structured JRPG effort as it is a subversive one. You see, despite looking like a trading card game, Voice of Cards merely leverages a tabletop aesthetic to dress up what is essentially a straightforward JRPG with commendable results.

An Endlessly Relaxing Hybrid Of Traditional JRPG And Tabletop Mechanics

As the leader of a ragtag group of adventurers setting out to kill an evil dragon, Voice of Cards has players traversing the land and clashing with the Ivory Order – a conclave of extremely arrogant, but powerful ‘heroes’ who want to have all the fame and fortune of killing the dragon for themselves. So far, so traditional JRPG then – and certainly a game that is, thematically at least, quite different from Yoko Taro’s usually brilliant eccentric output.

Where Voice of Cards differs from its genre stablemates however, is that the whole game world is comprised entirely of cards. From the highest mountain peaks, to the lowest swamplands and all the various characters and monsters that you’ll run into, Voice of Cards leans into its tabletop presentation by having everything represented by cards and in doing so, provides the game with a highly unique aesthetic. The problem, however, is that there appears to be a certain amount of repetition embedded in Voice of Cards visual design, and so you can expect to see the same card art for NPCs wheeled out time and again.

Indeed, beyond just the cards themselves, Voice of Cards seeks to emulate the table top experience a little more broadly too as battles result in a special mat being placed down whereupon cards and dice are employed in a such a way that anybody familiar with tabletop gaming will immediately recognise. Additionally, there is a narrator who chronicles your adventure and gives voice to each of the characters that you meet. While it might have been nice to have had different voice actors for each of the characters, the narrator does a commendable job of underscoring Voice of Cards compelling tabletop presentation.

As I’ve already mentioned, though Voice of Cards prides itself on its titular aesthetic, Yoko Taro’s latest is ostensibly a very traditional JRPG at heart. You traverse the world map moving one step at a time, revealing more of the landscape as cards flip over to illustrate new areas that you’ve discovered, while townships, caves and other location cards can also be entered as well, with cards popping up showing shops, inns, NPCs and so on.

Beyond the traversal, there are also a series of random event cards that pop up out of nowhere in a bid to keep things interesting too, such as the opportunity to spare a monster (who returns the favour later on by finding your party and giving you some fish to replenish your HP), encountering unique enemies, special discount vendors and much more besides. There are also various, randomised event hazards that you’ll run into too, such as tornados, storms and other such threats against which you must roll a die and score a certain value in order to get the past them. 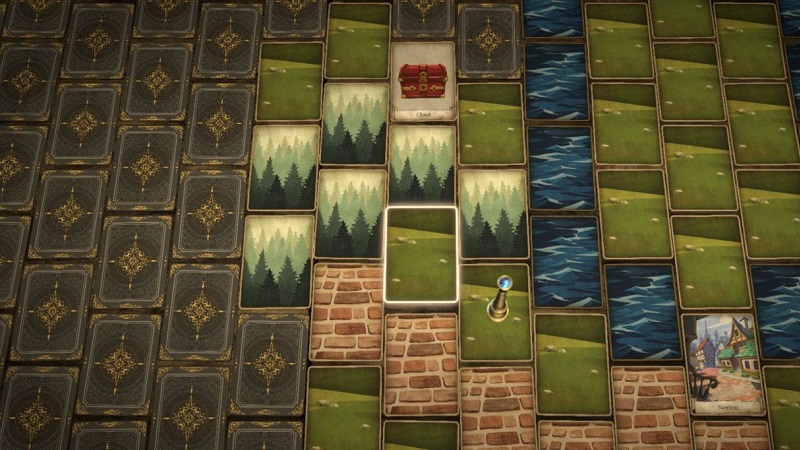 Sadly, because these events are repeated quite frequently they do begin to lose their lustre pretty quickly until you venture to a new area, thus opening up a wide range of all new event cards for you to encounter. The problem though, is that because you’ll find yourself grinding a fair amount later in the game, you’ll also be running into the same events over and over for a good while, which is a shame to say the least.

When it comes to the combat, Voice of Cards dips back into the traditional JRPG playbook with battles that unfold in a turn-based fashion where various skills and abilities can be used alongside regular attacks to get the job done. In sticking so close to the traditional JRPG formula, Voice of Cards combat also leverages an elemental strength and weakness system where certain elements such as fire, wind and lightning do extra damage to enemies that are susceptible to them, while the opposite is also true as well, with some foes proving resilient to particular elements.

Though Voice of Cards doesn’t leverage an MP gauge of any kind as a means to control and restrict how often you can use the abilities of the various heroes in your party, it does have a gem system where each ability costs a certain number of gems in order to be used with the more powerful abilities requiring more of the shiny stones in order to be unleashed during battle. Gems can be replenished by defeating enemies and in this sense, it still manages to curb the overuse of abilities in the same way that the traditional MP pool does for other JRPGs.

Sticking to the traditional JRPG blueprint yet further still, new abilities and skills can be unlocked as characters level up from experience earned from defeating enemies and winning battles, while gold (also collected by winning battles or finding treasure event cards), is used to purchase new and better gear in to bolster your dragon slaying efforts. Again, there’s nothing terribly new here – so if you’re looking for an innovative JRPG offering that reinvigorates the genre, you won’t find it in Voice of Cards.

What Voice of Cards does do particularly well though, is not just how welcoming it is to genre newcomers but also in how it respects the time of the player too. With the ability to quickly save anywhere and clear notion of where to go and what to do next, not only does the relaxed signposting of Voice of cards make it a great choice for folks new to the JRPG genre, but also for longer term fans and tabletop aficionados too who just want to hop in for a few minutes of JRPG goodness before hopping back out again. 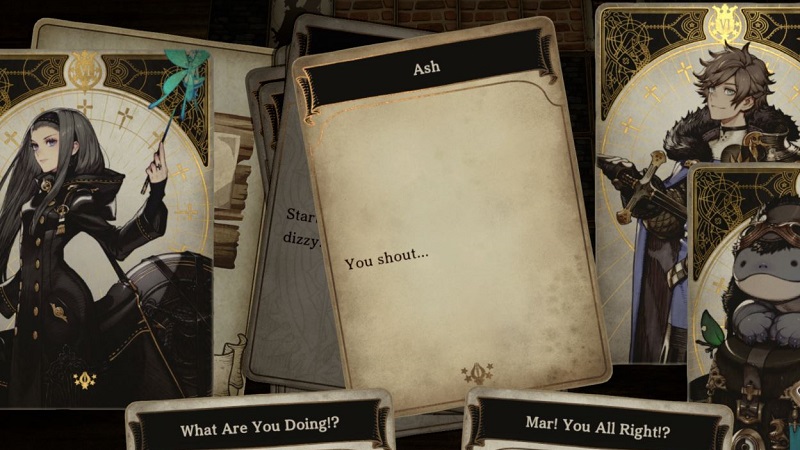 Though Voice of Cards isn’t an expansive JRPG on the same level as the Final Fantasy or Tales games, there is still a fair amount to do outside of the trappings of the main story. Completing tasks and side quests with different characters unlocks flip side special stories of each character card that provide additional lore and backstory on the denizens of the world. This applies to monsters too, as the more you beat a particular type, the more unlock. They’re well worth unlocking too as most of the cards are brilliantly written, neatly straddling a tonal divide between tragic and darkly amusing.

Voice of Cards: The Isle Dragon Roars cloaks a very traditional JRPG in an alluring tabletop veneer. Sure, it doesn’t really shake up the genre in any real meaningful way, but the unique presentation and laid back approach to player engagement all combine to make one of the more relaxing and easily accessible JRPG offerings to come along in a good while.

Voice of Cards: The Isle Dragon Roars is out now on PS4.

Voice of Cards: The Isle Dragon Roars cloaks a very traditional JRPG in an alluring tabletop veneer. Sure, it doesn't really shake up the genre in any real meaningful way, but the unique presentation and laid back approach to player engagement all combine to make one of the more relaxing and easily accessible JRPG offerings to come along in a good while.