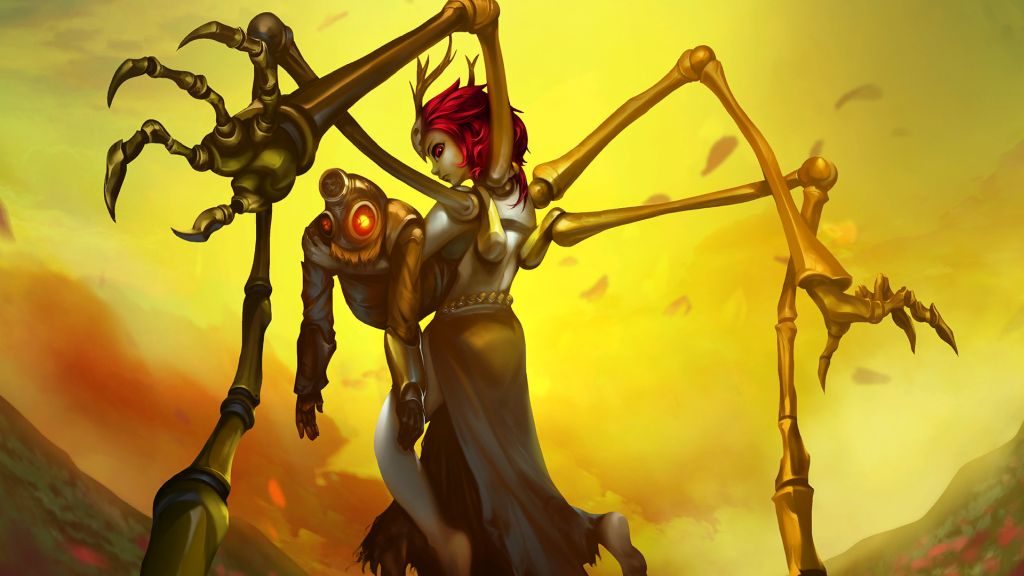 War Theatre puts on a good show, but is its beauty only skin deep?

It is undeniable that War Theatre is a visually appealing game. Arcade Distillery has a reputation of producing beautiful games with hand-painted artwork, any single frame of which looking as though could have come off the wall of some twisted parallel universe’s art gallery. War Theatre is no exception, depicting steampunk denizens and their impossible machines in gorgeous 2D animation. If you like strategy games and bizarre retro-future artwork, you may look at War Theatre as something you might like. Luckily, there’s a very easy way to determine whether or not War Theatre is for you.

Sometimes You Have to Go Back to Advance

Ask yourself: Do you like Advance Wars? If the answer is yes, you’ll probably enjoy War Theatre. Normally, such an overt comparison to another game would be avoided in a review, but there is so much overlap in the Venn Diagram between the games that it’s virtually unavoidable. The Advance Wars series has been a popular Nintendo franchise since 1988, but it has been over a decade since the last entry in the series. So if you’ve been hankering for a new game in that franchise, War Theatre will absolutely scratch that same itch for you.

If you’re not as familiar with the style, War Theatre is a turn-based strategy game where you take control of one of seven factions and, through the campaigns or the free-form skirmish mode, wreak havoc upon those unfortunate enough to stand in your way. Set in a ruined steampunk world, all of the units and artwork reflect this grim aesthetic wonderfully, as does the snippets of dialogue from your units that come with mission briefings or events on the battlefield.

Units are moved via a 2D overhead map, with various terrain providing bonuses or penalties to statistics like movement rate, attack, or defense. In true rock-scissors-paper fashion, unit types are most effective against certain others while being weak against a third group. For example, infantry are weak against heavy units while being strong versus airborne units, while heavy units are strong versus infantry and weak versus airborne units.

Since the enemy fields identical units, the true strategy comes with knowing how to place your units to best exploit the terrain and choosing your targets for maximum effect, rather than just spamming out the biggest unit you can build and overwhelming the enemy with sheer numbers as you might in an RTS. In fact, no unit ever becomes obsolete due to the variations in the statistics between them, making each build order important.

Concession is Expensive in the War Theatre

Each turn, the player’s economy is determined by the number of cities under their control, generating gold to spend on units at the factories, each of which able to build a single unit each turn. The direct link between the capture of strategic targets and the immediate effect it has on your production makes every building captured a critical victory, and potentially also a devastating blow to the enemy’s supply lines. Even if the battle’s victory conditions do not include city or factory capture, these locations are always the key to your success.

Each of the seven factions also has a unique leader unit with additional abilities and statistics unlike any other in the game. The gigantic General Mort can blow a war horn to inspire his nearby followers or intimidate his enemies. Morena of Uld has the ability to turn any fallen soldiers into undead minions. With better stats and significantly more health, most of the leaders can enter battle directly (in place of an attack, Sister Robyn has a heal ability) but since the death of your leader will cause the mission to fail, it is usually a last resort.

From the main menu screen, players can take quests to complete specific objectives during the missions, earning gold which can be spent to unlock heroes in Skirmish mode or Perks used in all modes. Perks usually take the form of static bonuses to attack, defense, or health, but can also be conditional based on the terrain the unit occupies or even specific to a unit type. There is a number of random Perks that affect things like unit cost, speed on roads, critical chances and so forth. There are even Perks that enhance specific leaders’ powers, making them even more terrifying in battle. Perks can be activated before each map in Campaign or Skirmish mode and do not have any negative effects, giving you one more way to customize your strategy effectively.

Finally. the music is appropriately bombastic. Its orchestral movements accompanied by a full choir feels at home in an epic war. Its Wagner-like strains are a welcome contrast to the chatter of machine guns or the deep thrum of tanks shelling their enemies. However, just as war never changes, unfortunately the same can be said of the music. The music used for the main menu carries on into the game and is used for all the battles. As good as it is, after completing multiple campaigns, this may grow repetitive to some.

When battle occurs, it plays out in a full screen vignette showing the attackers firing on the defenders, who take their losses before returning fire. The units and backgrounds are highly detailed and beautifully hand-painted, but they can sometimes be too “busy,” causing visual confusion. There’s so much detail in the backgrounds that it overwhelms the foreground, making it difficult to readily focus on what is supposed to be important.

The 2D overworld map has the opposite issue, lacking the same level of detail and looking almost basic by comparison. The three types of infantry have only subtle differences between them, which can be missed at a glance without careful examination or actually putting the cursor over them. Also, the units’ stats are only visible when building them at a factory or the HQ, and not while they are out on the battlefield. A pop-up tool-tip on units to show their statistics is sorely missed while in the thick of things.

Other modern quality-of-life features are also missing, like a button to select the next unit, or next unit with moves left. On some maps where you have to split your forces, it can be easy to miss units that haven’t been activated that turn, missing opportunities and wasting your time. This is exacerbated by the only difference between a unit that has acted this turn versus one that has not is only a slight darkening of their sprite. The difference is subtle enough to cause issues in the heat of battle.

As a result, War Theatre feels like a game from another time due to its familiarity and lack of modern conveniences that, like the past few points, can cut both ways in a literal Catch 22. It is a solid game that delivers a familiar gameplay style, while at the same time failing to push the envelope in any significant way. The music is fantastic but doesn’t have enough variety. The hand-painted artwork has incredible detail, so much so that it can be overwhelming to the eye. The overworld map is clean and easy to read, at the expense of important detail and missing information. As a whole, War Theatre succeeds far more than it fails, but it still feels like there is a lot of room for improvement in a potential sequel.

These minor complaints don’t prevent War Theatre from being a good game at all. Quite the contrary, in fact. War Theatre is quite enjoyable and very challenging, with fantastic art direction and a compelling story. Aside from a few minor technical glitches that I’m sure will be addressed in future patches, the game played smoothly and had a high quality presentation. As an added bonus, War Theatre is cross-buy with Vita, meaning that you can take your war on the move! It is quite easy to sit down with War Theatre and accidentally lose an afternoon. With a few tweaks, War Theatre could be the beginning of a new strategy franchise all its own.

Excellent turn-based strategy game, highly reminiscent to Advance Wars. Beautiful, highly detailed artwork that can sometimes be too 'busy' for the eye. Interesting storyline and world building that I want to see more of in the future. All told, a game that will absolutely lull you into playing 'just one more turn'.