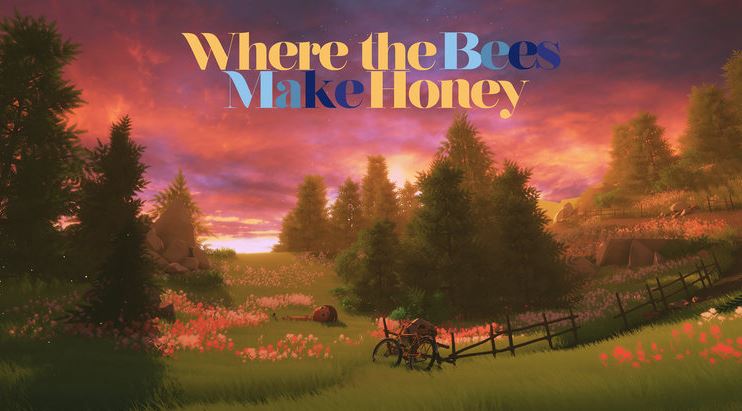 Independent games can be a struggle to make and ship. Whether it is working ungodly hours every week or trying to get your game noticed in the oversaturated modern videogame market. Independent games are almost always a labour of love. Where The Bees Make Honey is no different. Developed by Wakefield Interactive, which is comprised of one man, Brian Wilson, the game has been a side-project that he has worked on as he has been studying at University.

Pulling from his own childhood and previous career as a photographer, it is clear that this game is a very personal project for Brian. And, that is why it pains me to say that Where The Bees Make Honey is a bad videogame with a few interesting elements sprinkled throughout an otherwise frustrating and bland forty-five-minute puzzle game.

A Somewhat Promising and Intriguing Start

Where The Bees Make Honey opens in an office of a telesales company, with Sunny, the game’s protagonist, working overtime alone. Before long, she starts narrating her thoughts, specifically how disillusioned she feels working constantly and not doing the things she wants to do. Shortly after, we are transported away from the grey lifeless, cubicles of the office to an open, colourful, lively park. We are now in Sunny’s memories and experiencing the moments she treasures the most, with her narrating how she felt during them.

Almost all of the gameplay takes places in Sunny’s memories, only reverting back to the present day for the game’s conclusion. Revisiting these memories means that Where The Bees Make Honey constantly exposes you to new environments and new forms of gameplay. One memory could have you driving around a small toy car in a sprawling forest, with the next asking you to dodge walking Jack ‘O Lantern’s in a Halloween themed escape scene, set on a regular street.

That narrative is relatable to everyone and intrigues during the opening; we all reminisce about how much time and freedom we had as children. And, the gameplay variety keeps things fresh and interesting as you wonder what genre Wilson will pull from next.

All of this should lay the perfect foundation for a great, short, indie experience. However, a litany of technical and performance issues cause that foundation to crumble, making the game a chore to get through and ultimately mundane.

Where The Bees Create Boredom

Technical problems plague every second you spend with Where The Bees Make Honey. Within seconds of playing, I was encountering large frame drops, that made it virtually impossible to know what was going on. This problem is absent in around half of the game’s levels; however, it was enough of a problem during the opening moments that It stood out whenever it happened again. These frame drops are not forgivable either. They directly affect your ability to play the game, leading to you having to restart sections over again.

On top of that, the game features some of the most diabolical controls I have ever seen. Each level has a different control scheme and some are passable; but, three-quarters of the levels feature controls that are unresponsive and just plain frustrating.

Some of the standouts include a level where you control a rabbit. And, it is hard to put into words just how bad controlling the rabbit is. Controlling it is floaty and it feels like you are skating on ice. Combine that with the fact that you have to platform across hills and rocks, then the level design and controls become unforgivable.

Another level has you controlling a toy car and driving across gaps and through a twisty forest. That level culminates in you using ramps to jump and collect floating coins. And, the imprecise, floaty nature of the car led to me narrowly missing the coins and having to turn back around, rev the engine, and do it all over again, and again, and again. This became the most frustrating moment I have had in a game in a long time. After each level I found myself dreading what I would have to deal with in the next.

Adding to that, the game’s puzzles are almost always incredibly obtuse. The objectives are never clear and I had to consult an online guide multiple times to figure out what I was supposed to do. For example, one level has Sunny walking down a wintery road with a giant wheel, seat, and pedal of a bike off on a side path. After exploring around those bike parts for a few minutes with no real indication of what I should do, I walk back down the main path before hitting an invisible wall. So, I go back to the bike parts, look around a bit, and still get nowhere. Turns out I had to walk around these bike parts a few times in order to brighten the lamp Sunny was holding, to get rid of the invisible wall.

This type of puzzle had never been implemented before and there was not even a sliver of direction, telling me that I had to brighten Sunny’s lamp. This situation occurred a number of times in the forty-five-minute long experience. This added onto the already bland and frustrating time I was having, leaving me not wanting to play the game after only minutes of starting.

The Captain Toad Treasure Tracker-esque puzzles that cap off every level can’t redeem Where The Bees Make Honey either, as they are often too easy or suffer from the same obtuse solutions of the main levels.

Throughout Where The Bees Make Honey, there are moments and specific pieces of imagery that connote the personal tale that Wilson wanted to portray. Some of the cinematography really shows his roots as a photographer and there are some unique uses of the camera. Also, the perspective of items in the world being gigantic, with Sunny being small, adds a nice dose of personality to the environment.

Similarly, the narrative does have a lot of heart. However, the issues I have mentioned lead you to ultimately not care about Sunny and her struggles in life, instead focusing on the issues with the game and how wholly unenjoyable it is. This causes the conclusion of the game to come off as disingenuous, contrived, and forced, rather than heartfelt, emotional, and empowering.

Where The Bees Make Honey is one of the most dreary and dysfunctional games I have ever played.The moments that intrigue are nothing more than that. Moments. The vast majority of your time in the game is spent dealing with frustrating controls, bland gameplay, and unforgivable technical issues.

There are hundreds, if not thousands, of personal and touching stories to be found among indie games. I would recommend any of them over Where The Bees Make Honey any day of the week.

Where The Bees Make Honey is a frustrating and boredom-inducing puzzle game that suffers from an unthinkable amount of technical issues, poor controls, unclear objectives, and bad level design. Any heart that is put into the narrative is wiped away by these issues and made me want to quit playing, minutes after starting the game up.

Where The Bees Make Honey