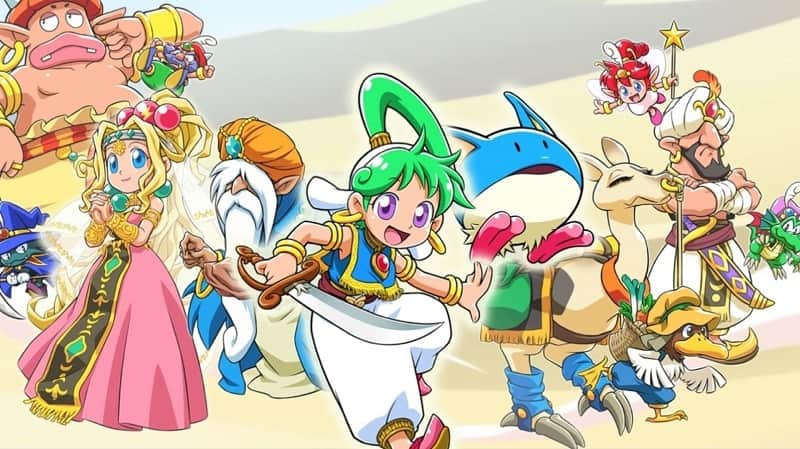 Wonder Boy: Asha In Monster World PS4 review. From Wonder Boy: The Dragon’s Trap to Monster Boy And The Cursed Kingdom, it’s fair to say that the recent remakes of the Wonder Boy games on contemporary systems have been on something of a roll as of late.

The latest of these, Wonder Boy: Asha In Monster World, proves equal to the already heady calibre of its predecessors, meaningfully and lovingly remaking one of the series most beloved entries for a whole new generation of gamers to enjoy.

A Beautiful, Whimsical And Hugely Enjoyable Remake Of One Of Sega’s Most Overlooked Classics

Originally releasing on the Sega Genesis all the way back in 1994 as Monster World IV, Wonder Boy: Asha In Monster World is a delightful platformer RPG hybrid that casts players as the titular Asha; a young warrior who sets out to rescue the elemental spirits of her world from a nefarious evil. Oh, and she also makes friends with a mildly psychotic genie and cares for a super cute flying monster too. See? Told you this game was delightful – it’s literally impossible to play this game without a goofy grin on your face. 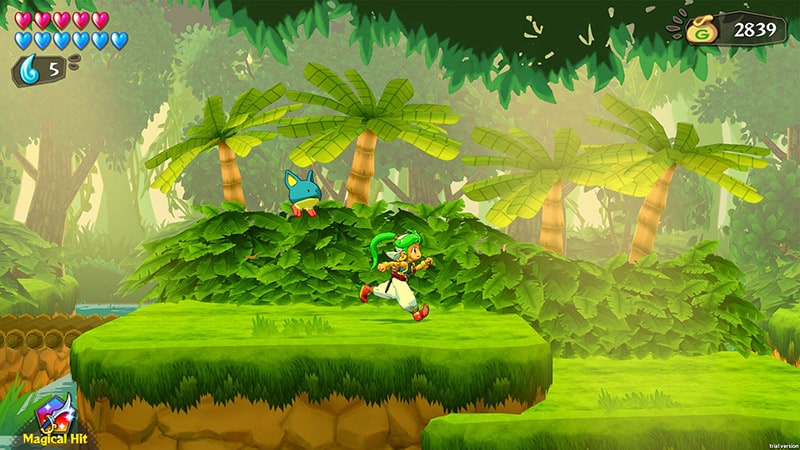 Viewed from a side-on perspective, players control the sprightly Asha as she leaps over lava spitting chasms, beats up monsters and solves puzzles with her trusty Pepelogoo (the super cute flying beastie I alluded to earlier). Controlling Asha is simply a pleasure, as she deftly negotiates pixel-perfect jumps with ease and times and can unleash (and block) fierce attacks with equal simplicity. Quite simply, the developers behind this remake have done a sterling job of maintaining the essence of the 1994 original.

Structurally, the game unfolds across a number of themed worlds that are in turn linked together by a series of hub locations. In reference to the latter, there are a number of NPCs that the player can speak to, as well as merchants that can interacted with to purchase new weapons, armor and trinkets to improve attack power, defense, elemental resistance and maximum health respectively.

Where Asha is somewhat separated from other games however, is in a special mechanic that allows you her to wander in and out of the background and foreground, permitting access to areas of a particular level that would not normally be accessible. The developer makes commendable use of this feature too, deftly intertwining many of the game’s puzzles and conundrums around this mechanic, while also filling many of the hub areas with these multiple platforming layers; thus begging additional exploration as a result. 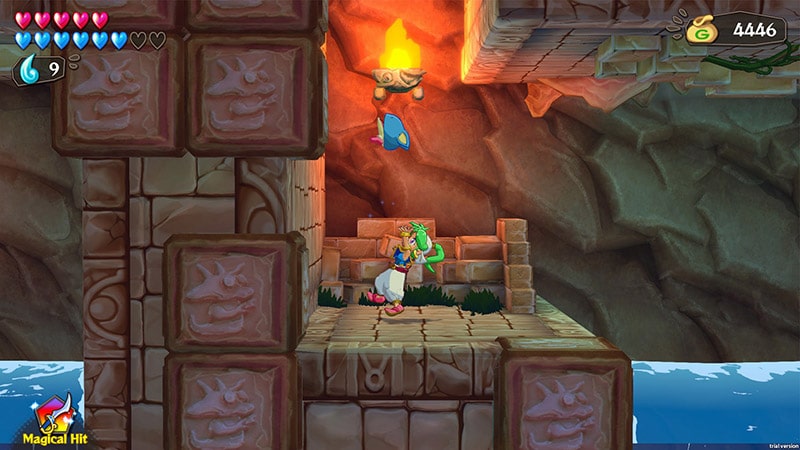 Supplementing Asha’s platforming and monster smacking abilities are her pet Pepelogoo, which allows her to perform a double jump and glide into locations that she wouldn’t normally be able to reach. Beyond that, Asha’s Pepelogoo can also be dispatched to flick (well, lick) switches at distance and act as a safe platform for Asha to jump onto where lava geysers and other such hazards exist, blow wind to propel you in a particular direction and much more besides.

Once you get into the themed worlds of Asha in Monster World, it’s here that platforming RPG hybrid aspects of the game’s design DNA begins to bleed through and where all of Asha’s platforming, action RPG and puzzle solving aspects coalesce into a super satisfying whole. Make no mistake – Asha in Monster World is not your regular platformer. Instead it’s very much a genre effort that beautifully blends all of these elements together in a way that feels enjoyable and roundly compelling.

There are other subtle design elements at play here too. For example, not only does each boss have their own special attacks, strengths and weaknesses that combine to make them wholly bespoke encounters, but once you defeat the boss and move onto the next area, you cannot go back to scoop up any loot or secrets that you may have missed. As a result, this very much puts the onus on the player to be diligent when it comes to searching out every nook and cranny of each level and the feeling of satisfaction when you max out all of the collectibles in a particular level is immense to say the least. 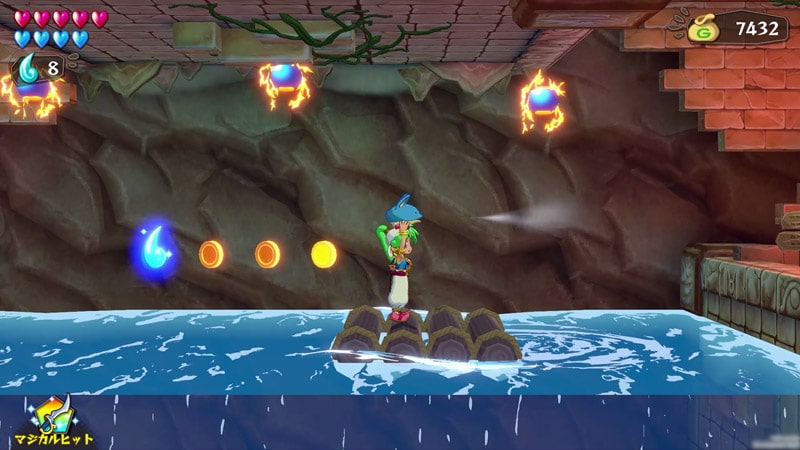 Thus, the gameplay loop of Wonder Boy: Asha in Monster World, is satisfying in ways that I didn’t fully expect before playing the game. Making perilous leaps, solving puzzles with my trusty Pepelogoo, battering a range of bad monsters for coins, searching for treasure and defeating towering bosses is an evergreen pursuit that never gets tiresome. More notably, it also proves just how well the core formula has aged given how well developer Artdink has resisted the temptation to change anything pertaining to the core of the experience.

With its whimsical visual presentation and infectious bop-along soundtrack that invites a cheerful sort of hum that you don’t realize you’re doing until it’s much too late, Wonder Boy: Asha in Monster World looks every bit the polished remake of a mid-90s 16-bit classic that one would expect. Sure enough, the visuals might look basic on a technical level, but the sheer amount of color, vibrancy, animation flourishes and adoption of kawaii style anime character designs that are jam-packed into every scene make Wonder Boy: Asha in Monster World a proper balm for the eyes and ears.

Wonder Boy: Asha in Monster World is a fantastic remake of one of the best Wonder Boy franchise titles that nowhere near enough folks have played. Now though, in its newly remade form that both completely maintains the essence of the original while adding a contemporary sheen which ensures its appeal to contemporary audiences, Wonder Boy: Asha in Monster World confidently stakes its case as a superbly playable RPG platformer hybrid that everyone should play.

Wonder Boy: Asha In Monster World is out now on PlayStation 4.

Wonder Boy: Asha In Monster World is a gorgeous remake of a much overlooked Sega platforming adventure classic that everybody should play. It's that simple.